All at Sea - Trafalgar Project Update

So, as promised, I thought I would do a bit of an update on the Trafalgar Collection and the project to wargame this most famous of sea battles in the glorious scale of 1:700th and what remains to be done in the period of lockdown but with the vaccine roll-out here in the UK promising better times ahead and hopefully a return to gatherings around a table-top game.
Anyone with the slightest interest in the age of sail and naval history, and most folks with a basic knowledge of world history and the key events that have shaped it will probably know the basics of the Battle of Trafalgar and many others in the hobby have set out to wargame it on the table, particularly in 2005 during the bicentennial commemoration of Lord Horatio Nelson's most famous victory.
However not many games have attempted this battle in scales much larger than 1:1200 which with the possible exception of a few chaps who spent their time scratch building 1:600th Airfix models of HMS Victory and Shannon into passable 3rd and 5th rates for all the ships of the British, French and Spanish navies, has meant that the former scale has been the traditional way of gaming this battle, until now!
Regular followers of the blog will know that since October 2019, I have been very much focussed on building a collection of Warlord Games, Black Seas range of 1:700th Napoleonic era ships, which has seen me showcase the models available in the generic Third Rate and Frigate & Brig boxes, through the various Fleet boxes and Third Rates of Renown of the British, French and Spanish navies with the collection growing through 2020 as more models were completed.
During the process I showed occasional pictures of the collection as a whole gradually filling my display cabinets or as in August last year in support of Naval Wargames Day the three fleet groups, just about making up reasonable sized squadrons.
In December, and my review of the blog for 2020 together with my usual look forward into 2021, I announced my plan to complete the orders of battle for the Trafalgar fleets with a view to staging several games in support of our usual veterans charities, as we have done previously with the Talavera 208 project and more recently with the Devon Wargames Group and Too Fat Lardies at our annual club Lardy Day.
The pictures below shows the collection as of last weekend with the addition of the six French third rates completed then and with just twelve more models required to complete the build part of the project.
The scale of these models, especially when painted in the style of their historical predecessors and fully rigged really makes a feast for the eye as you take the time to scan the look of the different fleets with their own peculiarities and the line ups help to give an idea of the look of the table when all the models are out in full battle array and amid gun-smoke markers.

Trafalgar is one of those games that I think occupies a spot on the bucket list of many table-top gamers and has certainly been on mine since my first years in the hobby but I never really felt that the smaller scales were able to quite create that 'Grand Manner' look established by the late, great, Peter Gilder who epitomised that style of game with Napoleonic land battles and the pictures of his games that appeared in the books and magazines of the seventies.
As well as completing the last twelve models I am very much thinking about the game plan, with my previous post looking at potential rule sets which has led me to consider table size and player numbers required to manage sixty odd ships through a six to eight hour game.
This aspect will be the first to get tested with some games once we can get back around a table and I can organise a few of the chaps at club to help me sort out what will work and what will not.
Another consideration, early on was settling on a potential venue to stage the game where we will have the space and security to run the game over a day with plenty of easy access and parking for the players and anyone else who cares to come along and see the game up and running.
Finally I'm working out what I need in the way of containers to be able to safely transport this lot around as an when required.
So the final models are already being prepared in the dockyard with a British and Spanish first rate, two French and one British third rate and a French frigate forming the next group of six to join the line up, to be followed by three British and one Spanish first rate and the schooner HMS Pickle and the cutter HMS Entreprenante, yes even all the unrated vessels will be on the table.
Finally I would like to record by thanks and gratitude to the chaps at Warlord Games and specifically Gabrio Tolentino who heads up the Black Seas project and who perhaps is responsible for the fact that a lot of age of sail naval gamers are getting into 1:700th as a scale these days, with the additions on the 3D printed circuit showing the popularity of this scale, and with the Warlord offerings of high quality and readily adaptable to scratch building and other modifications as I have shown here on the blog.
I had to reach out to Warlord this week to help me rectify an issue with two of the final build models, which they sorted immediately as well as providing some other models for a future project and a marvellous gift that will be offered as a raffle prize for our charity raising games and a particular thank you to my Customer Support contact Conor Trainer who made things happen and was very helpful when I phoned earlier this week. 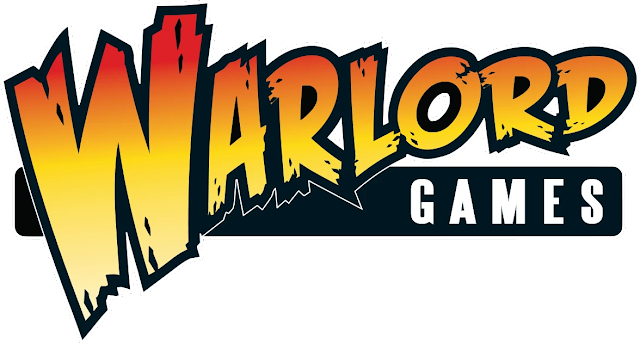 I intend to showcase the builds I'm working on, some of which are intended to portray some very key ships from the battle and when the collection is finished I'll put up some pictures of the three navies and a closer look at the models.
If you are interested in the models built so far and the books I've reviewed in conjunction, plus rigging and modelling tutorials on the JJ's YouTube channel, then just click on the 'All at Sea' tab at the top of the blog to link to all the posts covering the collection.
Next up: Steve and I are fast reaching a dramatic conclusion to our Ardennes'44 game on Vassal which has provided a lot of entertainment as the Germans struggle to capture enough victory point areas in the first three days of the offensive to get a win, and I have a book review to do before returning to the next six models to join the Trafalgar collection.
Posted by carojon at 01:28

Email ThisBlogThis!Share to TwitterShare to FacebookShare to Pinterest
Labels: Age of Sail, All at Sea, JJ's Wargames, Warlord Games