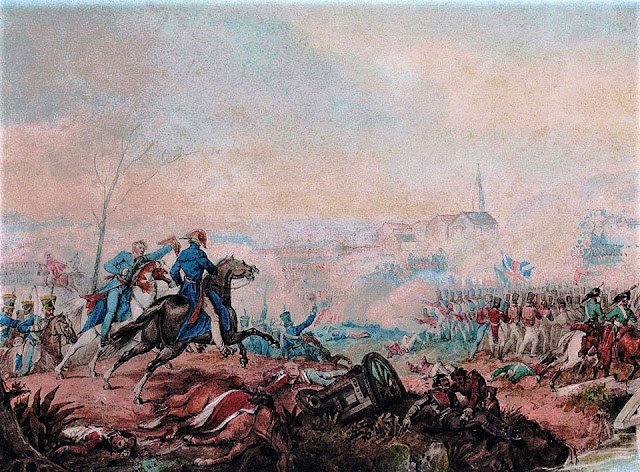 Bill and I have conversed over the many years that I have been posting to JJ's and I know we share a love of Napoleonics and table-top terrain to create the look of the battles we are trying to recreate and you only need to take a look at the tables Bill turns out for his games to appreciate the effort he puts in to get the look he does and I love that kind of passion for the hobby.
So I thought you might like to see his second game played following on from the first with the fighting around Vimeiro Hill at the Battle of Vimeiro on the 21st August 1808, which as it was for the French in the historical battle, a very 'tough nut' to crack with Wellesley enjoying interior lines, great observation of the enemy and terrain, including poor cavalry country and reverse slopes to confound the moves of his opponent. 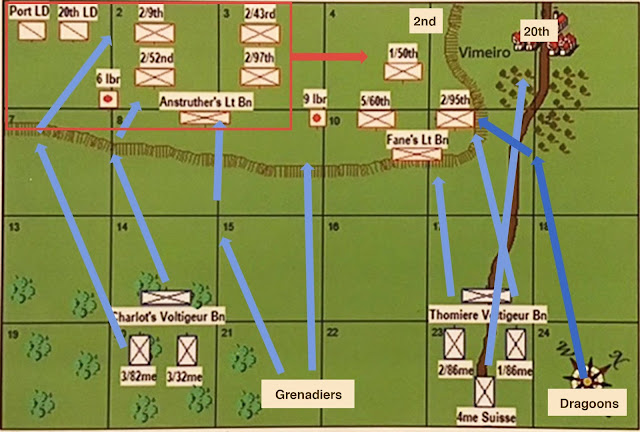 During our several playtests of this particular scenario I seem to recall only one French outright victory, when an audacious infantry attack on Vimiero town itself managed to dislodge the British garrison and then resist all attempts to dislodge them for the rest of the game. 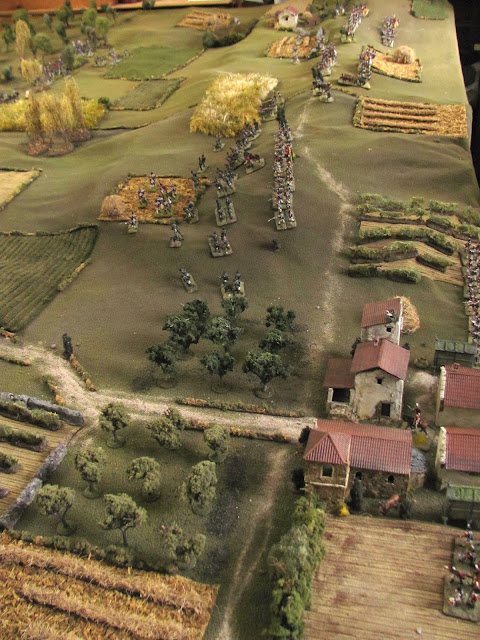 It would seem in this latest run through the French had an equally tough encounter, but able to give a very good account of themselves and Bill outlines some of his own thoughts on tweaks he introduced for his game.

I love this way of playing with history and welcome any other ideas as I would never claim to have all the answers when trying to capture the known facts of these actions into a scenario that gives interest to both sides, despite the factors that weigh in favour of one side or the other; and the best scenarios for me are the ones that offer victory conditions other than the simple binary win-lose options, rather instead challenging the players to do a better job than their historical counterparts faced with broadly similar issues to overcome.

As you can see from these pictures from Bill's game, the look of it is amazing, so if you're interested in this subject, take the time to take a look at Bill's report of how their game played together with loads more eye-candy to accompany the comment.
Tiny Wars Played Indoors - Battle of Vimeiro Hill 21st August 1808
I'm really looking forward to the next instalment where I gather there are plans to play the linked game of this scenario and out on Junot's right flank at Ventosa Hill.
Next up Adventures in Vassal with Richard III
Posted by carojon at 22:29