A month ago I announced to the world that I was the proud owner of a Blue Moon brigade of British Foot artillery. Since then, following painting Portuguese dragoons, British and French casualty markers and putting together the new table, I can now introduce my new table top warriors.

It seems fitting that they should be the first unit to get a photo-shoot on the new table, and to add value to the exercise, I thought you might like some range comparison shots. 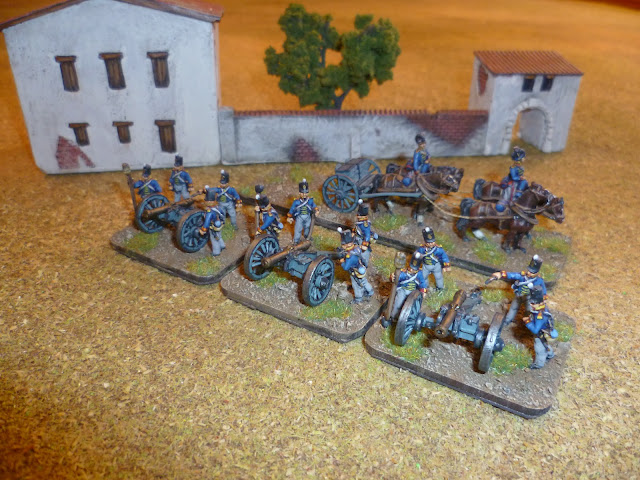 The first thing I would say is that for the money, I think these are a very nice sculpt that paint up easily. As you can see they fit in nicely with the Fantassin figures. 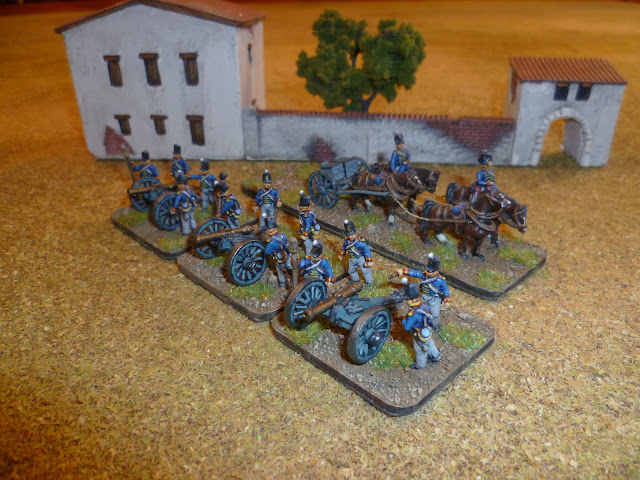 So in the photo below we have a BM gun and crew (left) next to the AB gun and crew (right) and with the Fantassin driver team behind.

I think you'll agree that if money were no object it would be AB all the way as the sculpt standard is superb. However if there it is one thing I really like with the Blue Moon option its got to be their guns.

If you can get over the fact that they seem to have missed off the elevation screw, the "chunkiness" and brute force look of the barrel, carriage and wheels seems to be more appealing than the rather delicate looking AB option. I have yet to see their howitzer model. I'm hoping to pick some up at Salute, but I think they'll look great lobbing shrapnel rounds at the Emperor's Legions.