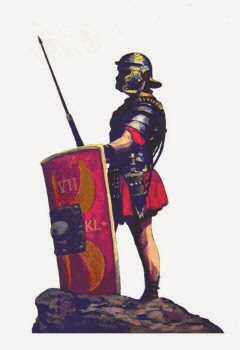 Today was spent in the company of Tom my son wandering around the show at this years Legionary in Exeter, put on by the guys at  Exmouth Wargames Club, a neighbouring club to ourselves. As someone who was involved in the first regular wargame shows set up in Exeter, I know the work that is needed from club members to make these events a success, so well done to the Exmouth Club for making Legionary one of the premier shown in the South West.

Usually I would be running a game myself to support our own local show, and it was only last year that I put on the Vimeiro Hill game at Legionary 2013. However with Oporto coming up next weekend, I excused myself from duty. I am pleased to say we had a good turn out from the DWG and Jason and Nathan were there representing us with a roll out in public of their Chain of Command Cold War game.

I have to say I was very pleased to see how well attended the show was with a very busy car park and some excellent traders present seeming to be doing some brisk business. I did my bit by relieving the Warlords chaps of a box of Dacian Nobles and a new model Testudo, something that is not very easy to get hold of on email. In addition I got a copy of the Osprey Campaign book on the Philadelphia Campaign 1777 for £6 and a little scenario book for doing the fighting at Hougomont for £2. Tom, who is starting to get into his Romans got a couple of Simon Scarrow books for a bit of light reading in between his life guarding duties down in Cornwall this summer for the RNLI.

With a lot of the guys from the Devon Group at the show there was time to "shoot the breeze" over lunch at the pub and to line up the guys who couldn't make next weekend for some new dates to replay Oporto.

As you know I like to include pictures of games that caught my eye at shows so have gathered a bit of "eye candy" for your pleasure.

First up is Operation Lightfoot from the Society of Gentlemen Gamers, whose work has featured several times on this blog and whose games are always beautifully staged with lots of attention to detail. There is some very fine modelling here on display and the table really did give the casual onlooker the idea of depth that these desert battles would often have between the two opposing front lines. Well done chaps. 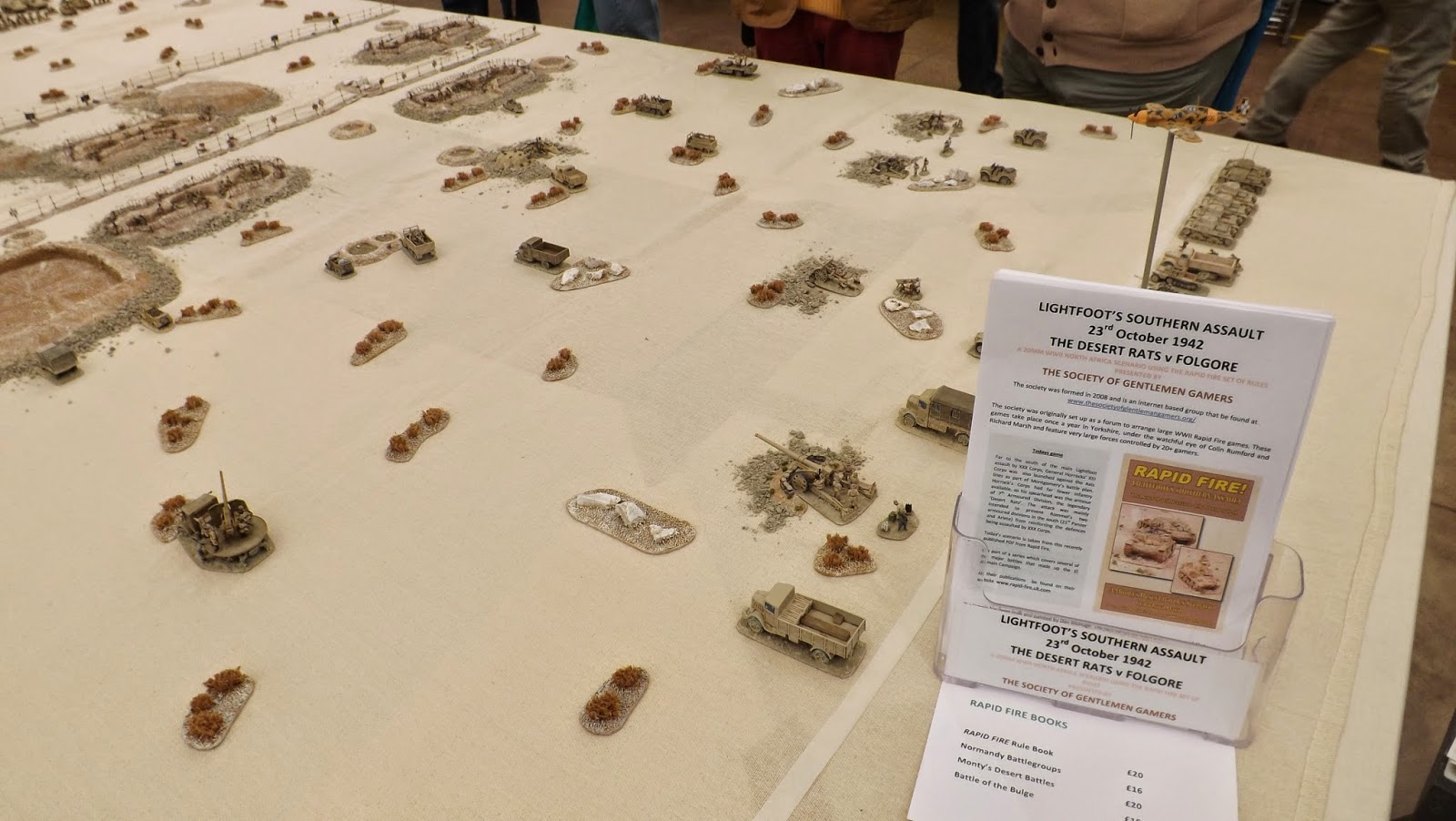 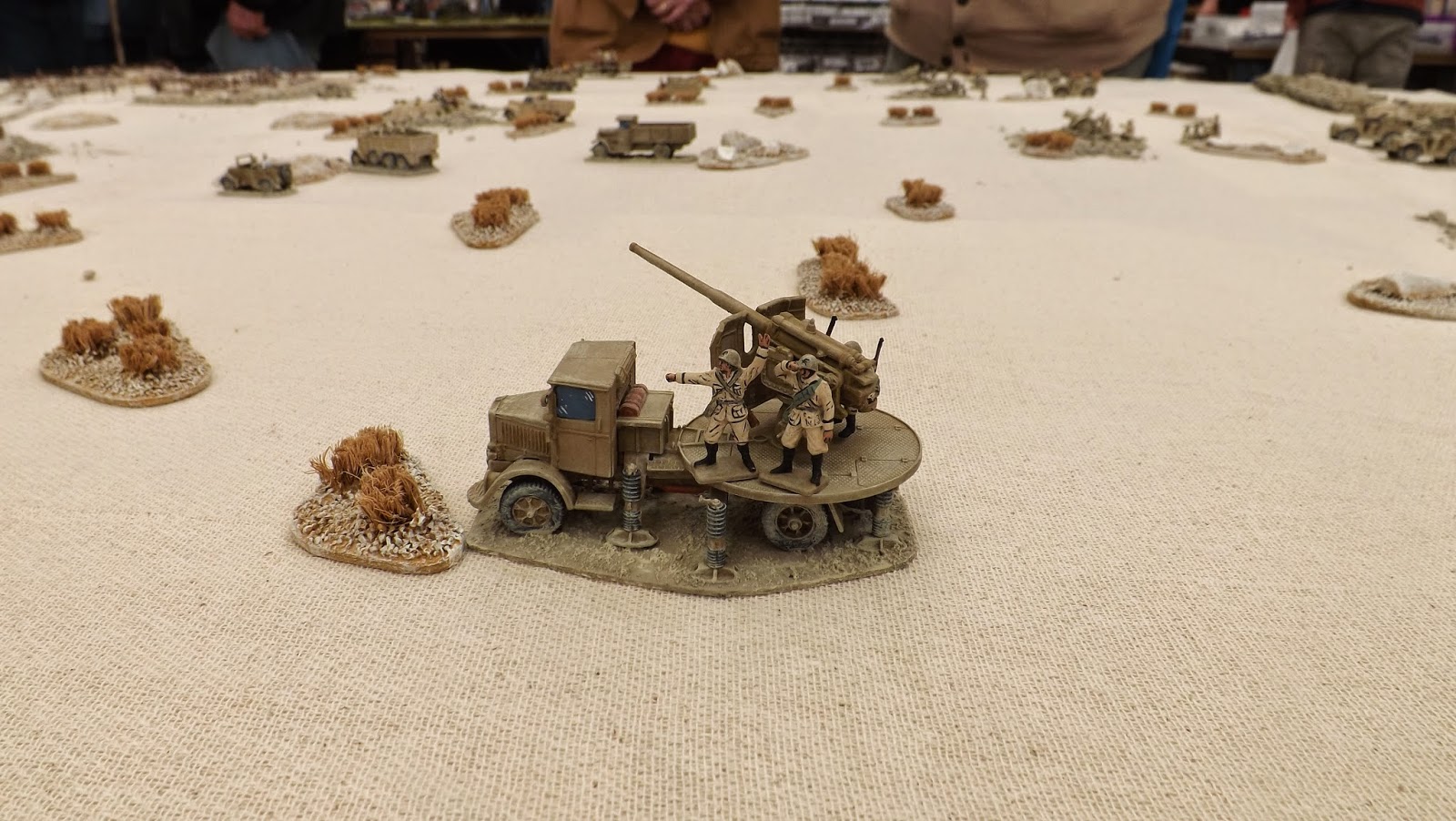 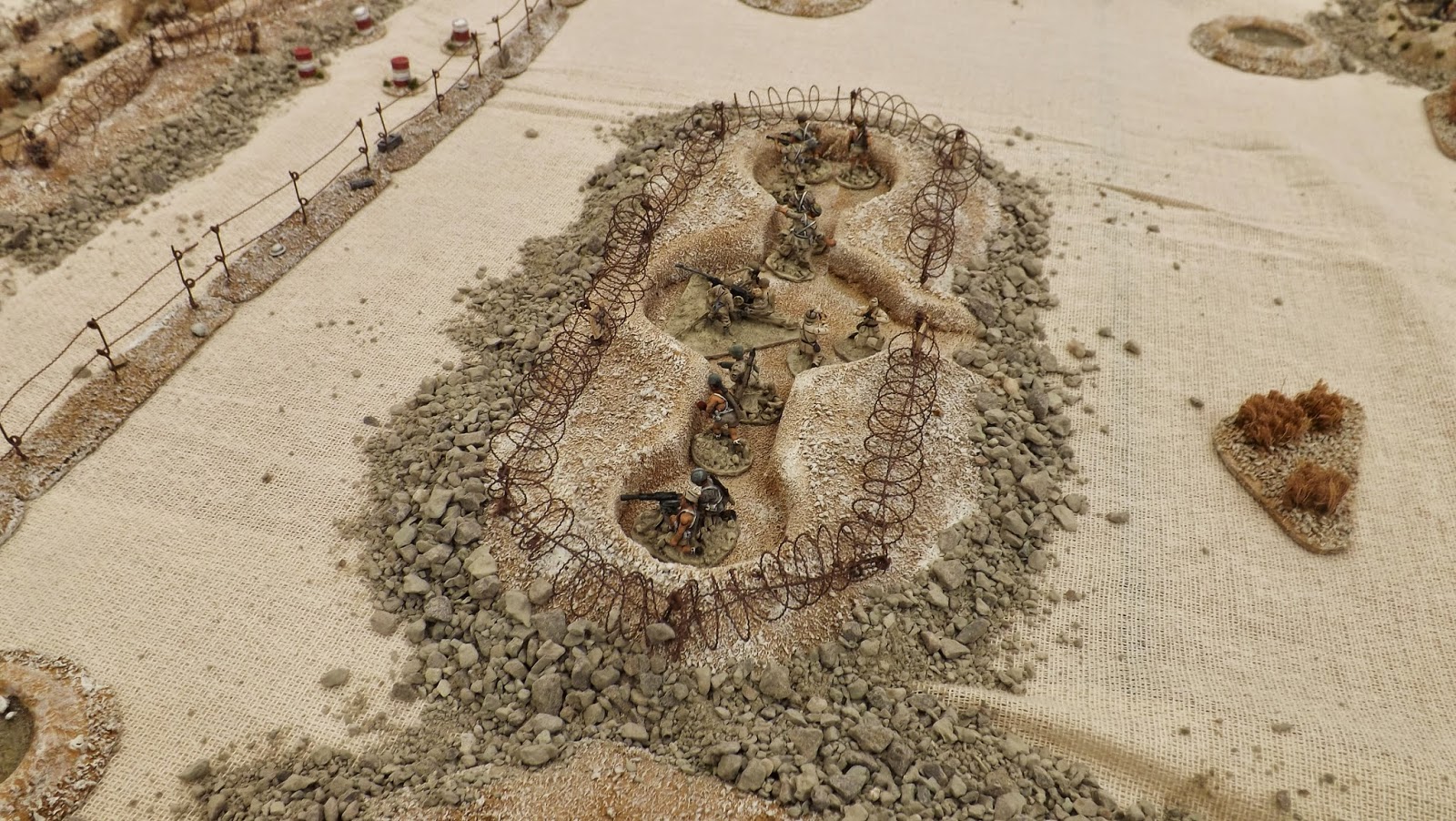 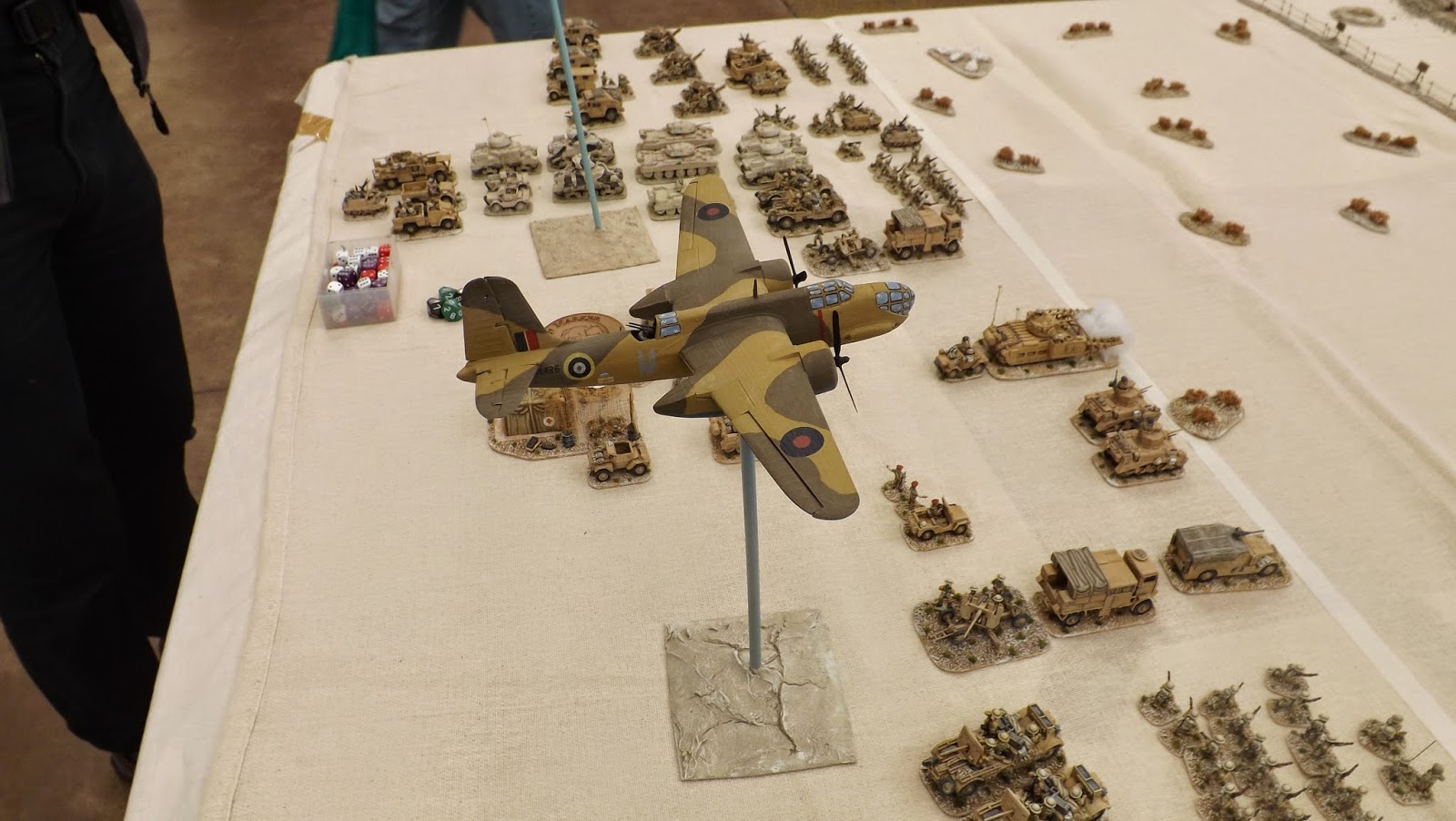 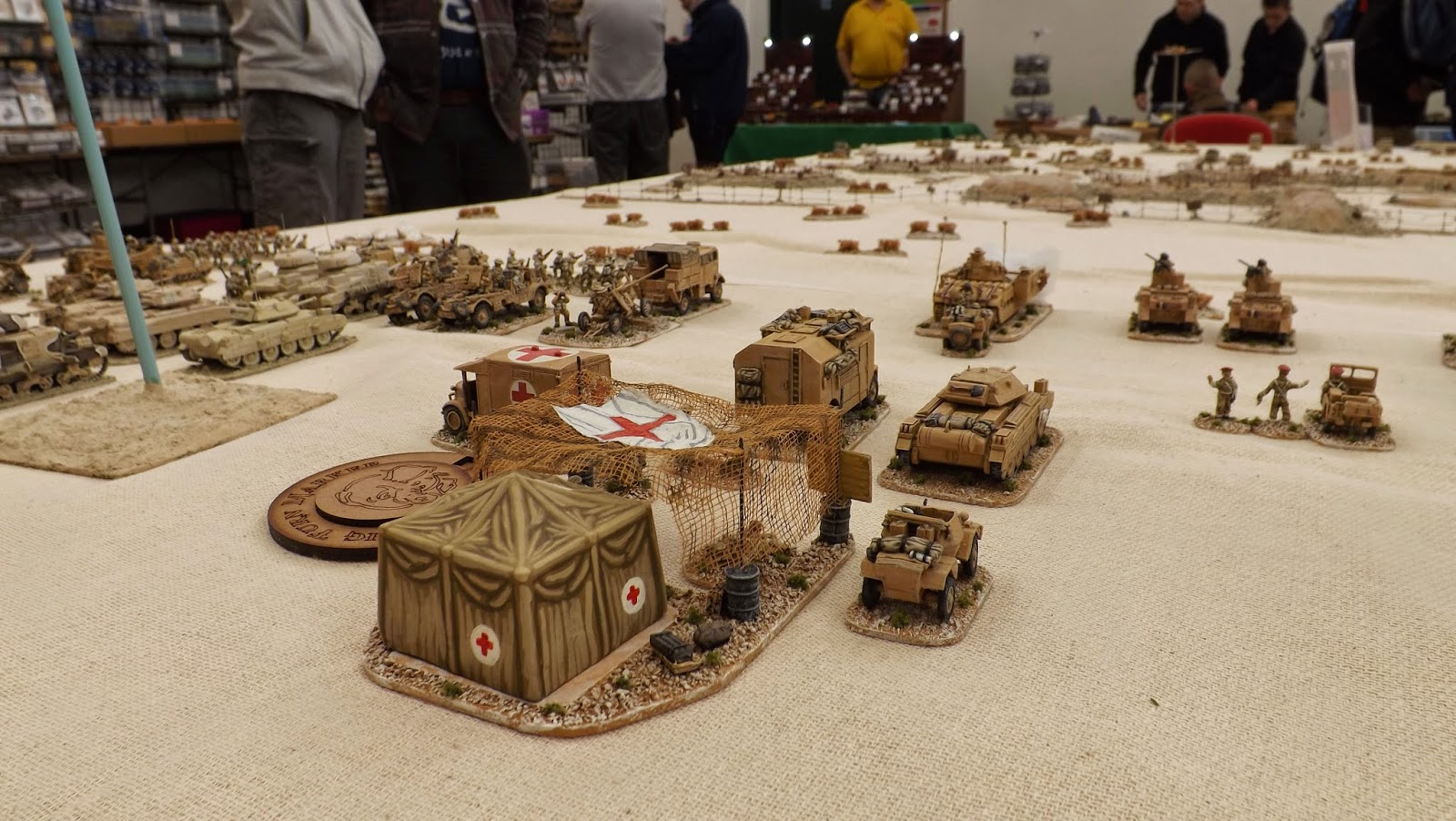 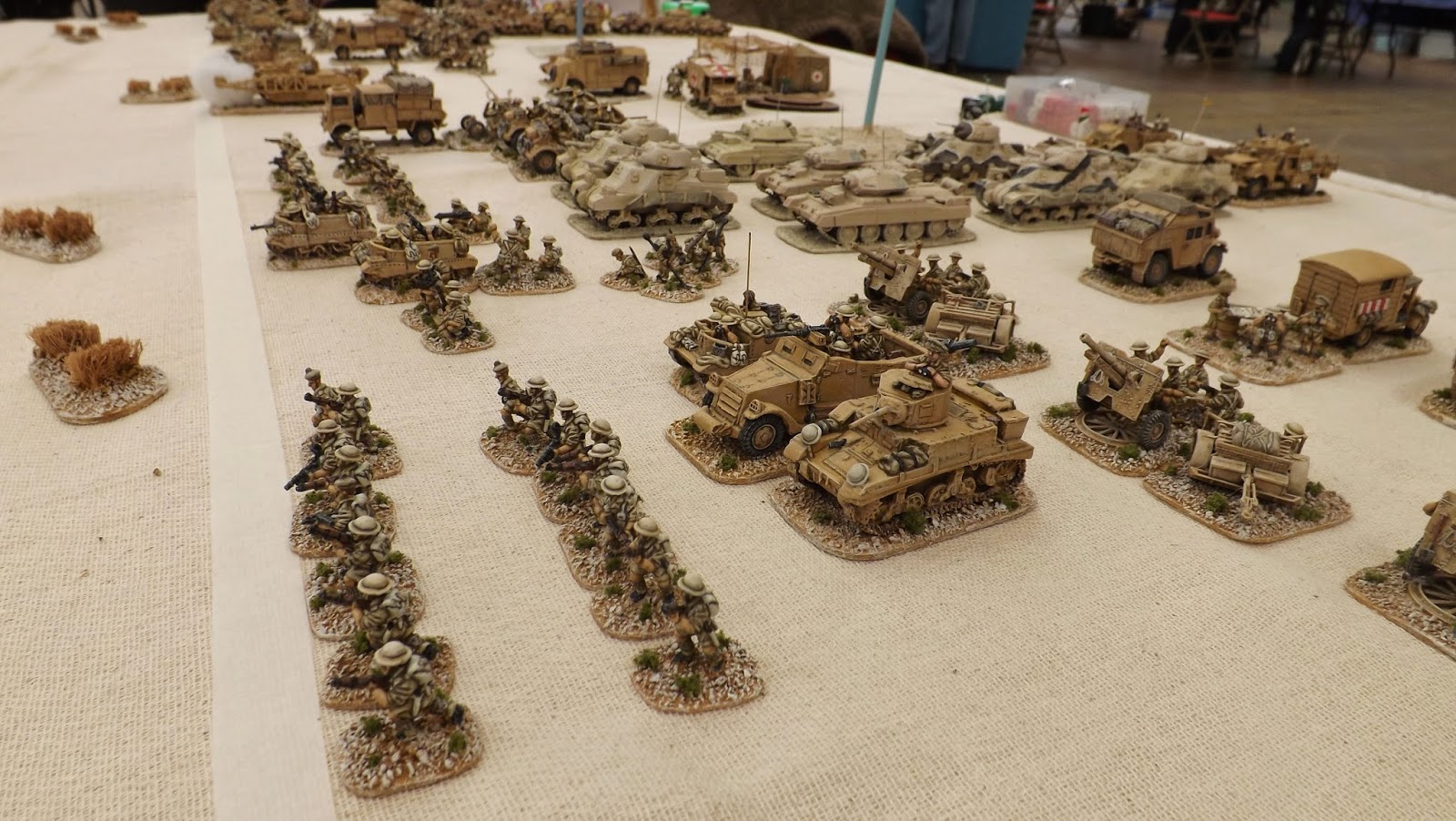 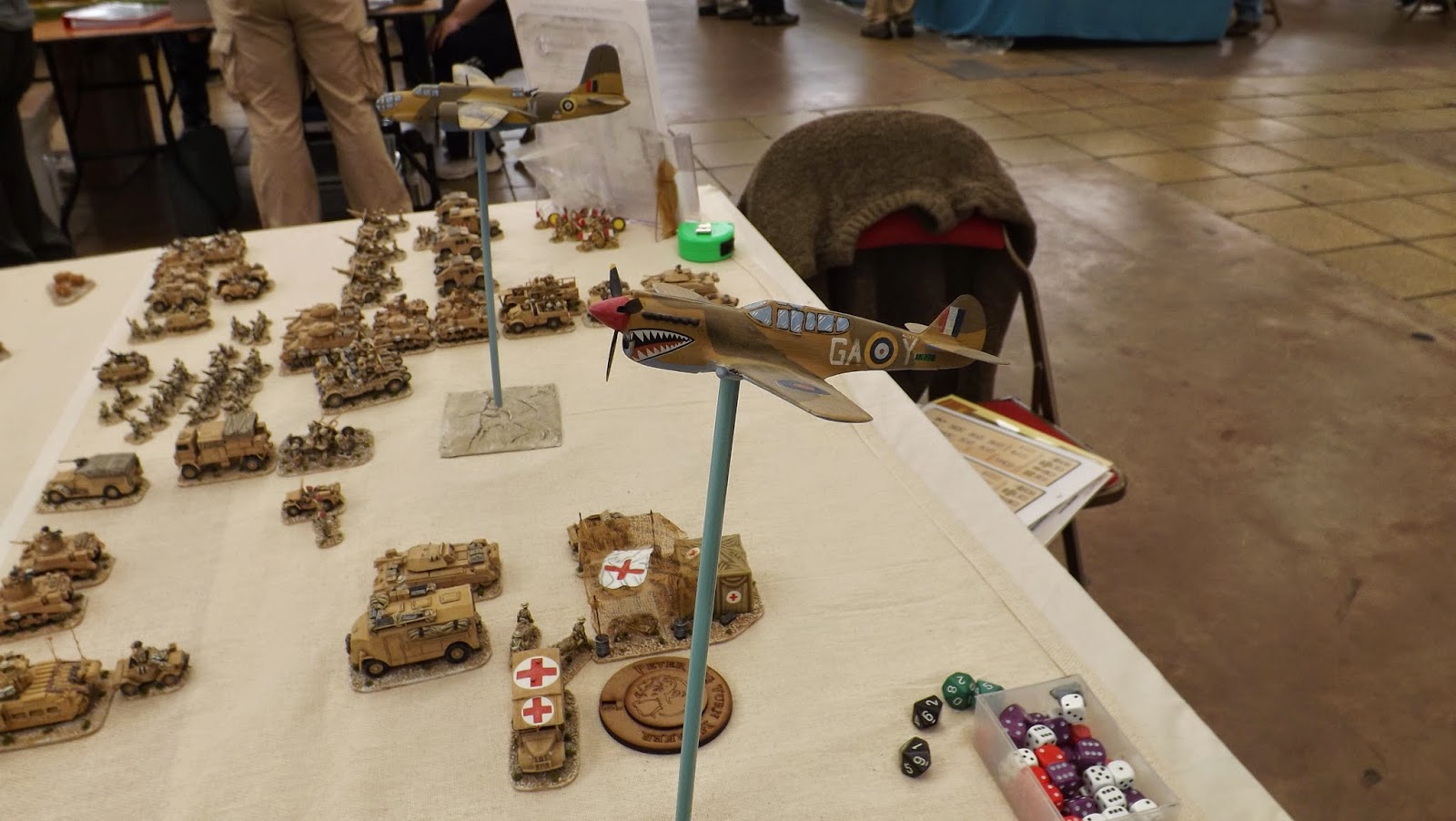 Another WWII game to take my fancy was this rendition of Seelow Heights by Tus an Orlewen. Again this game seemed to capture the sweep of a massive armoured attack without having the tanks hub to hub. I somehow think this is a better representation of these kind of battles. 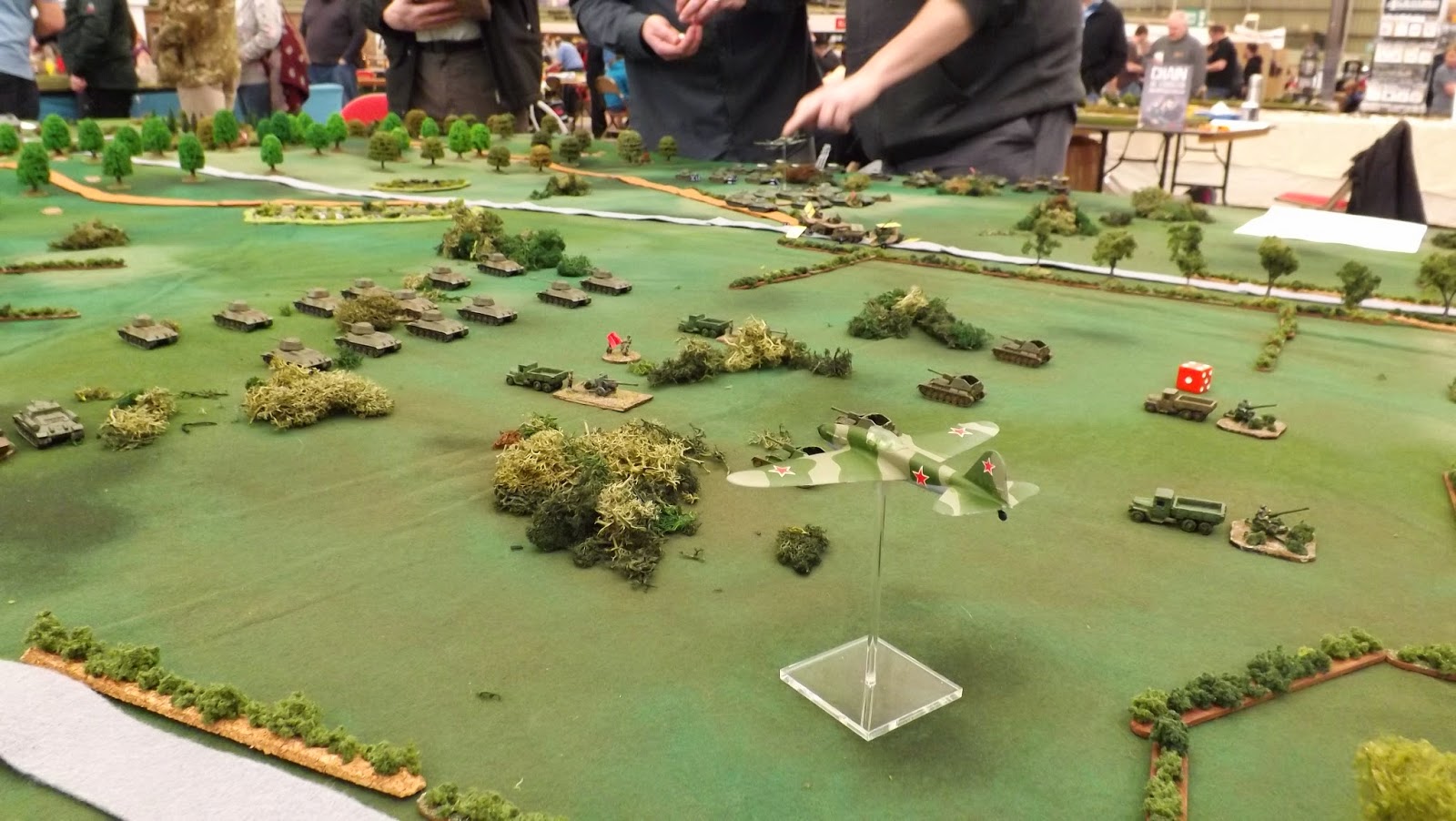 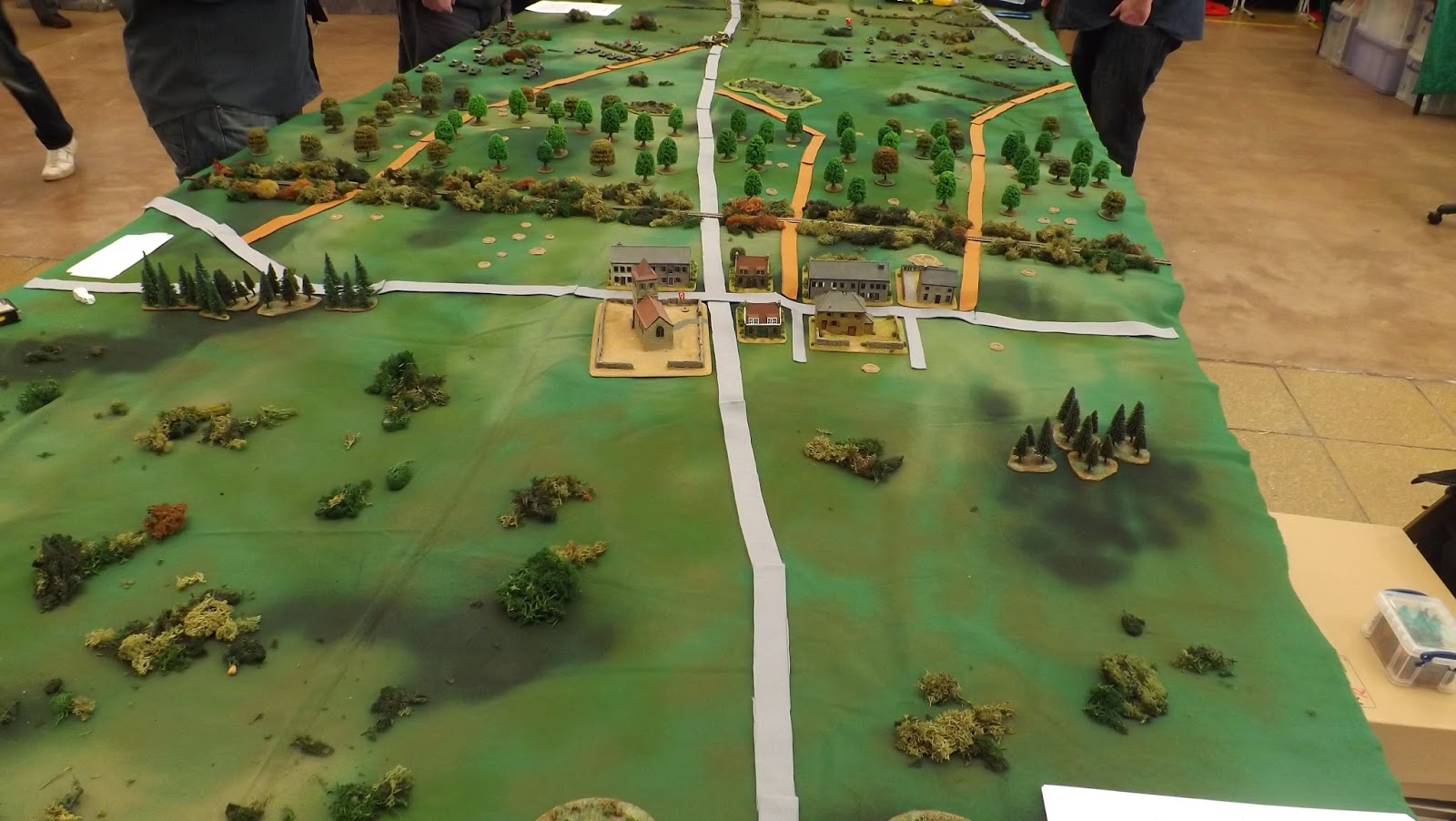 I was very happy to see that Graham Cookson et al had picked up where I left off last year with their depiction of Vimiero, this time in 28mm, using some home grown rules by the looks of things with an email link to check them out. I am really looking forward to next weekend after seeing this game! 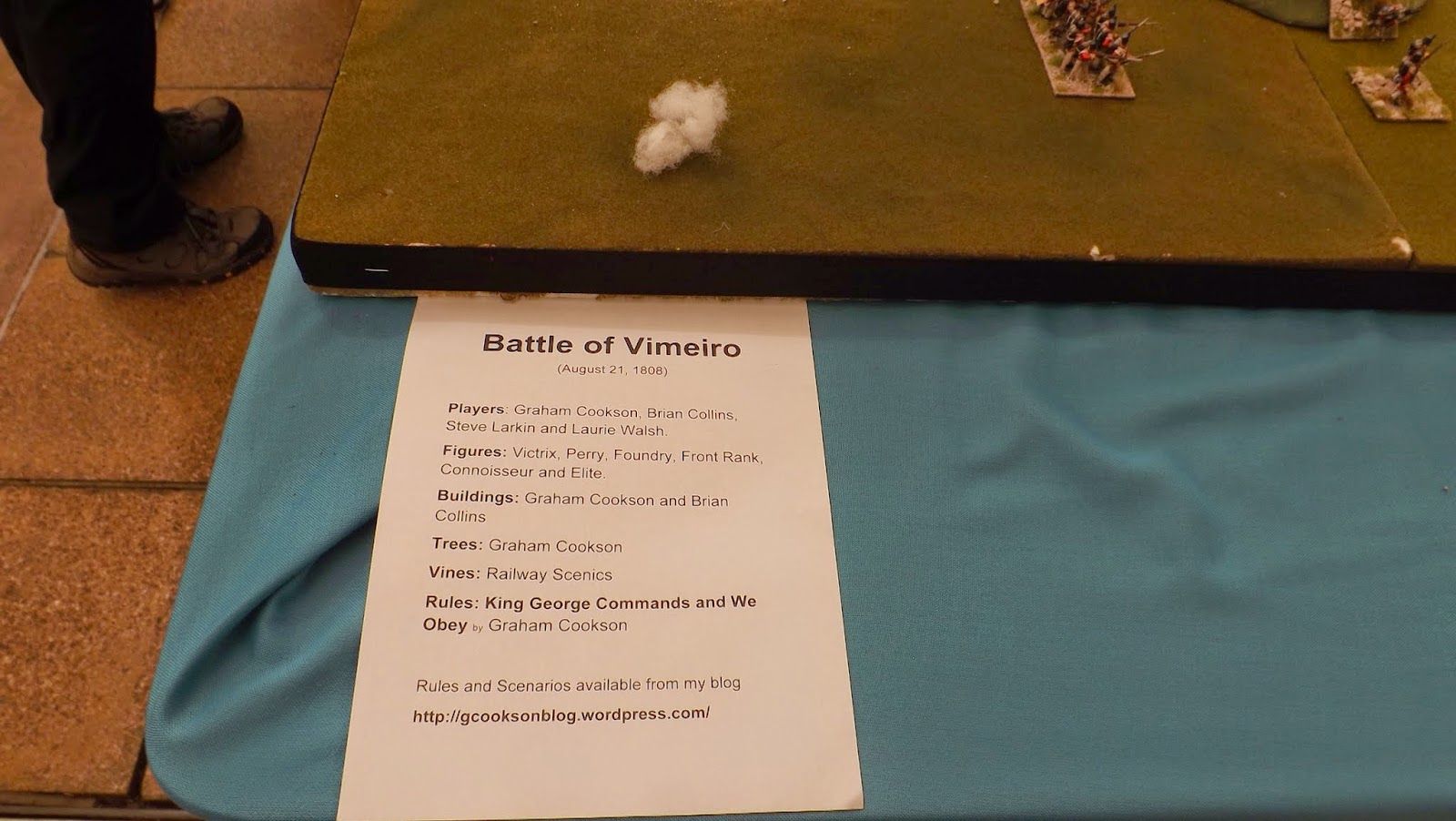 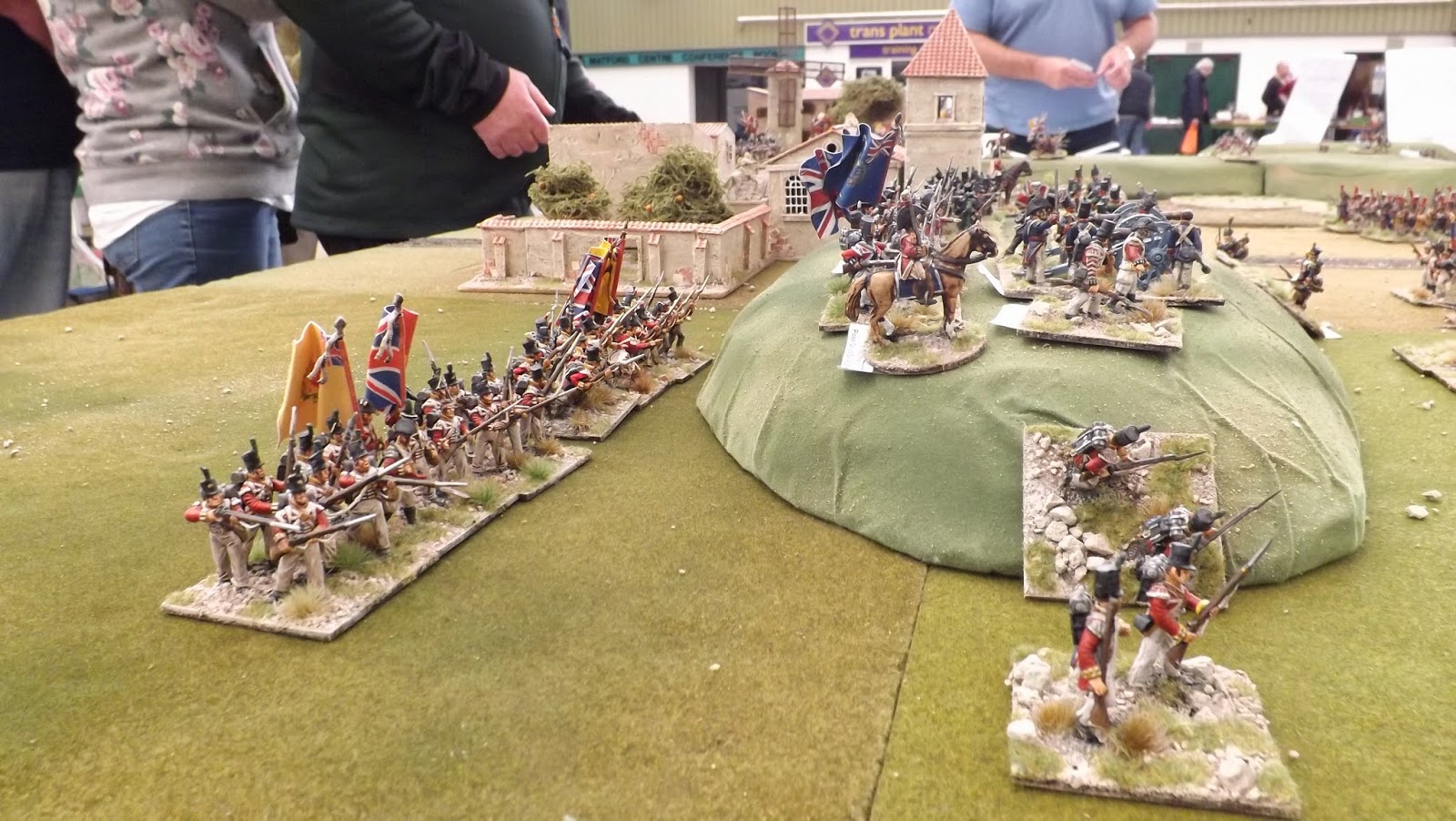 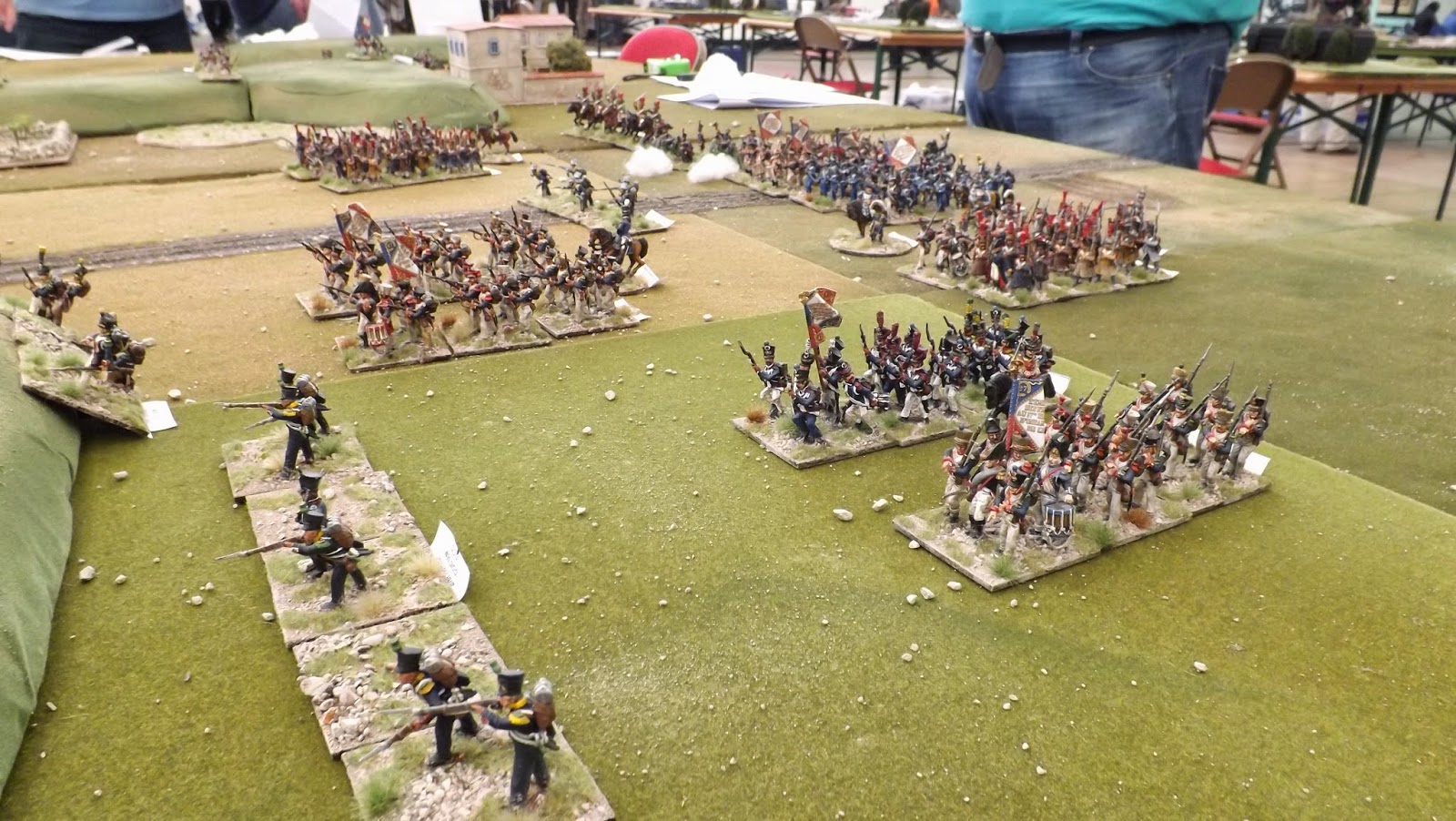 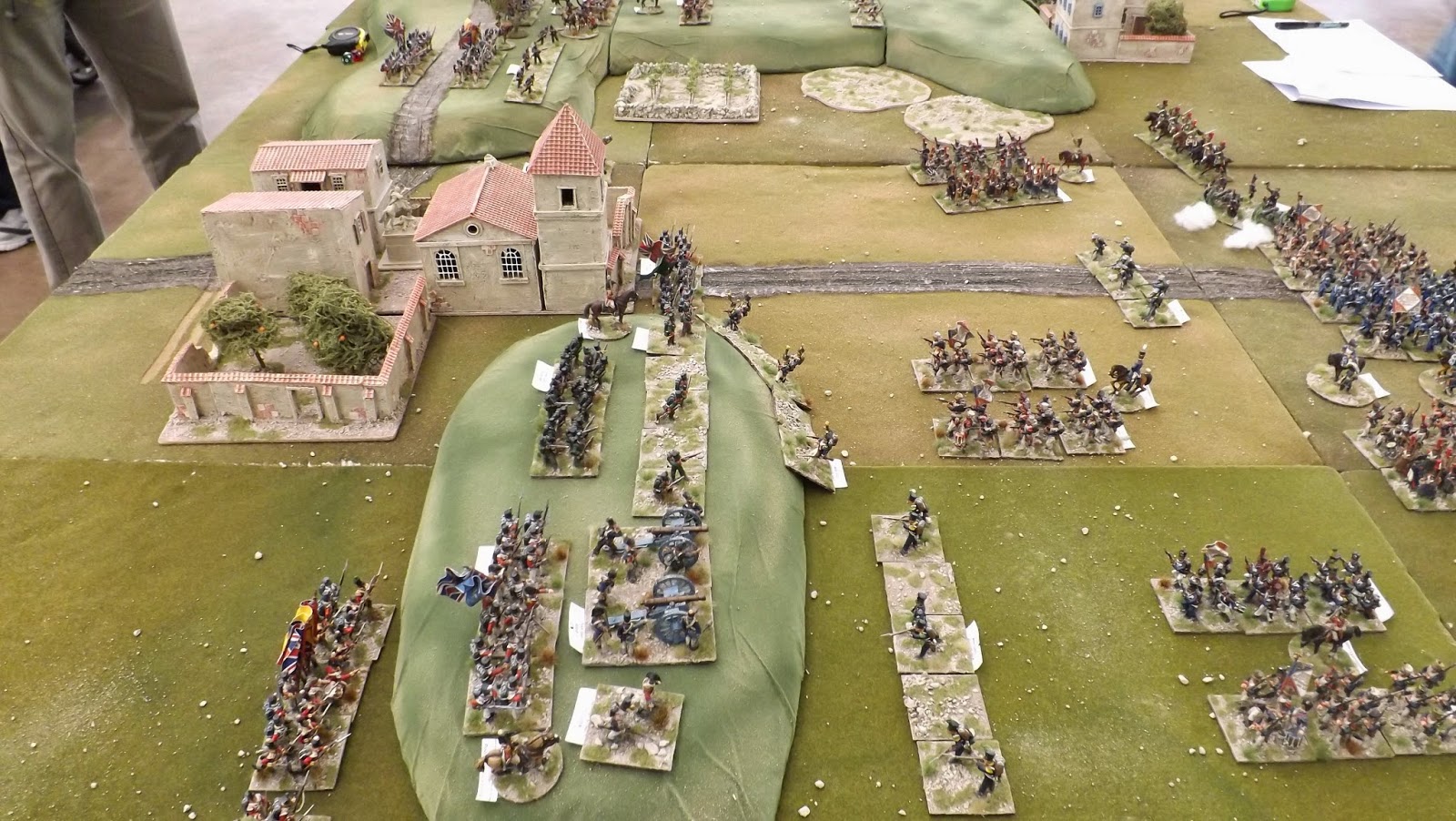 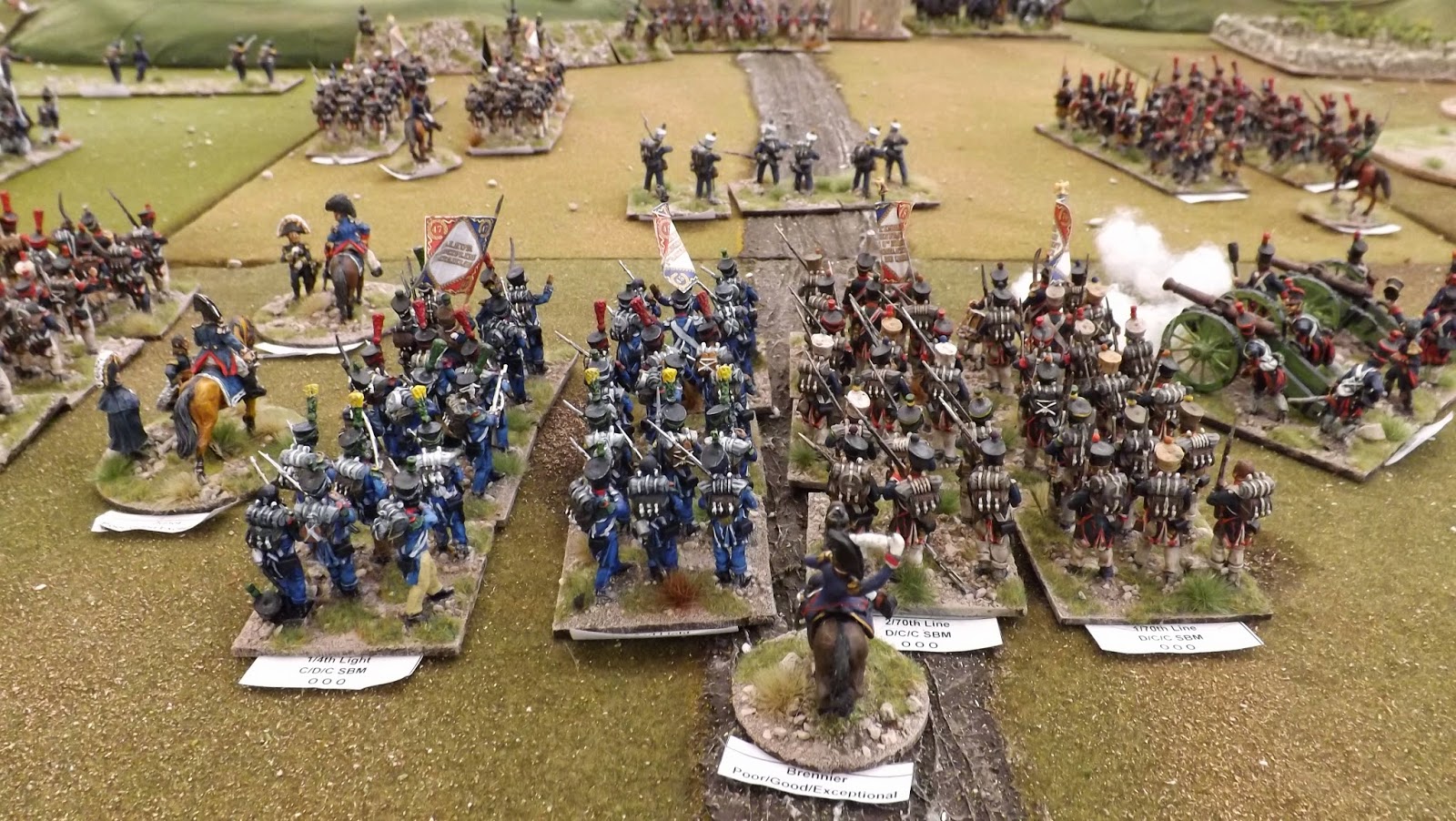 And last but by no means least, Jason and Nathan turning the Cold War hot with their modern Chain of Command game. I love the Carl Gustav rocket streaking out towards that Soviet armour. Nice work Jason 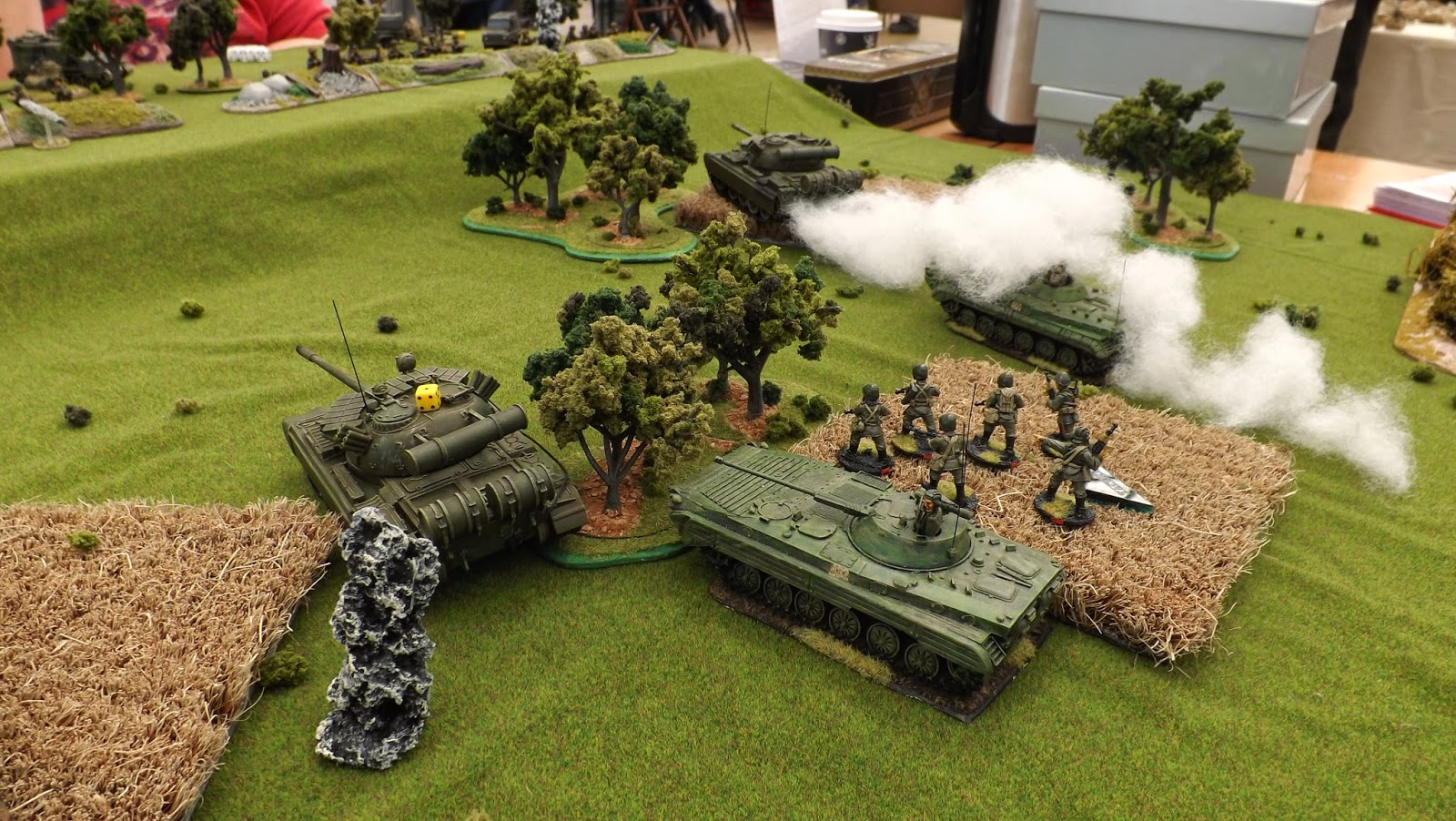 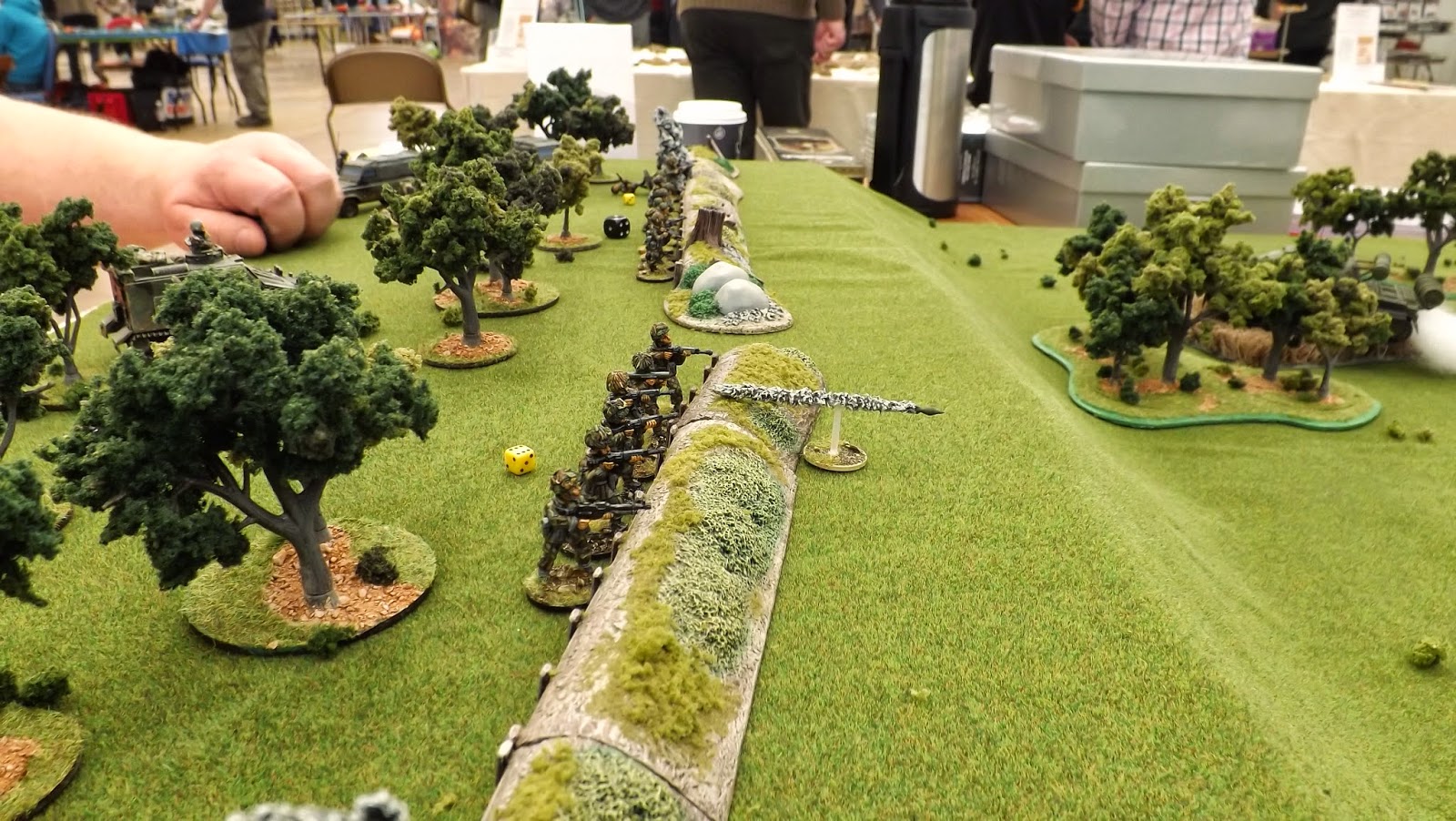 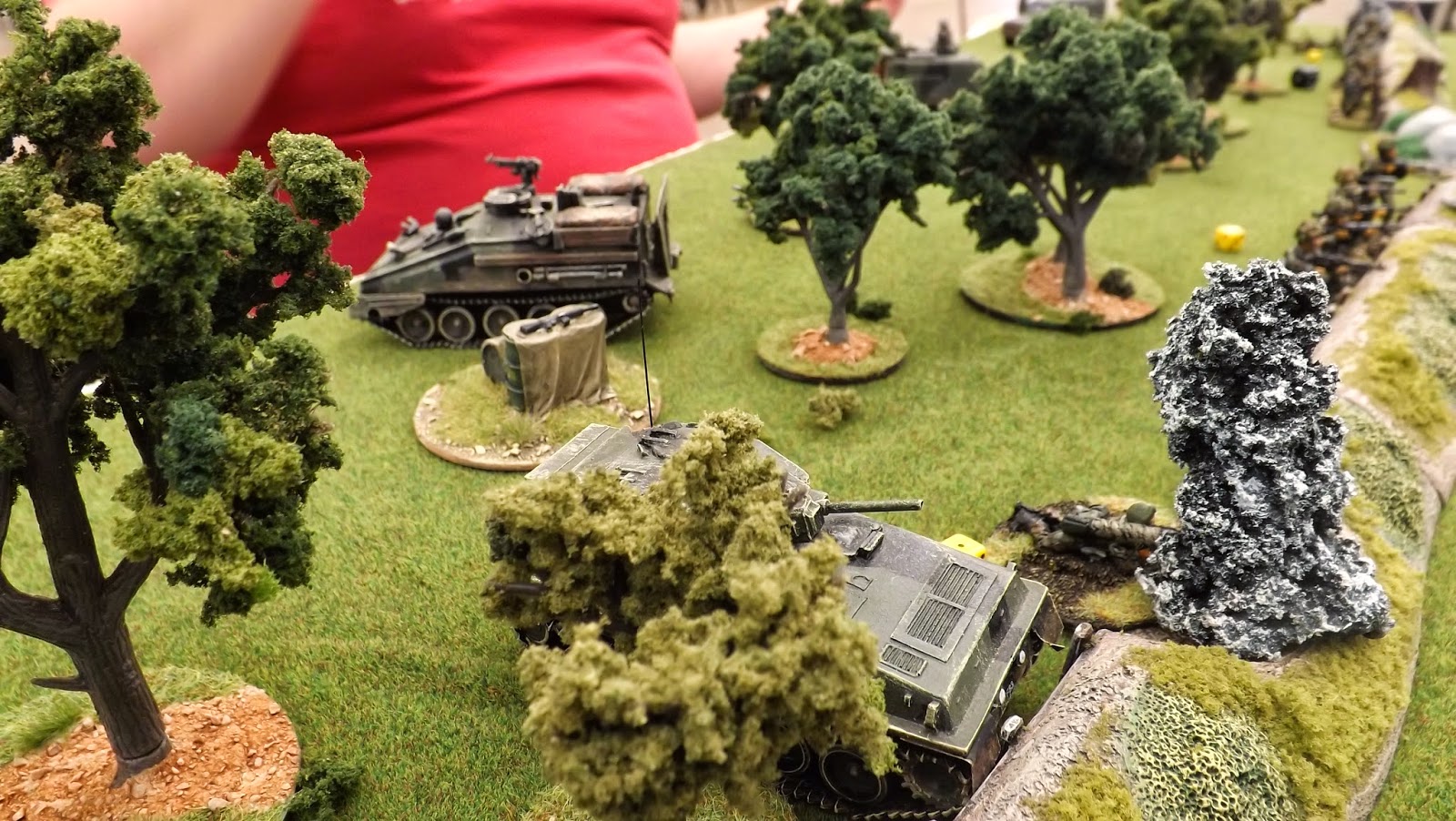 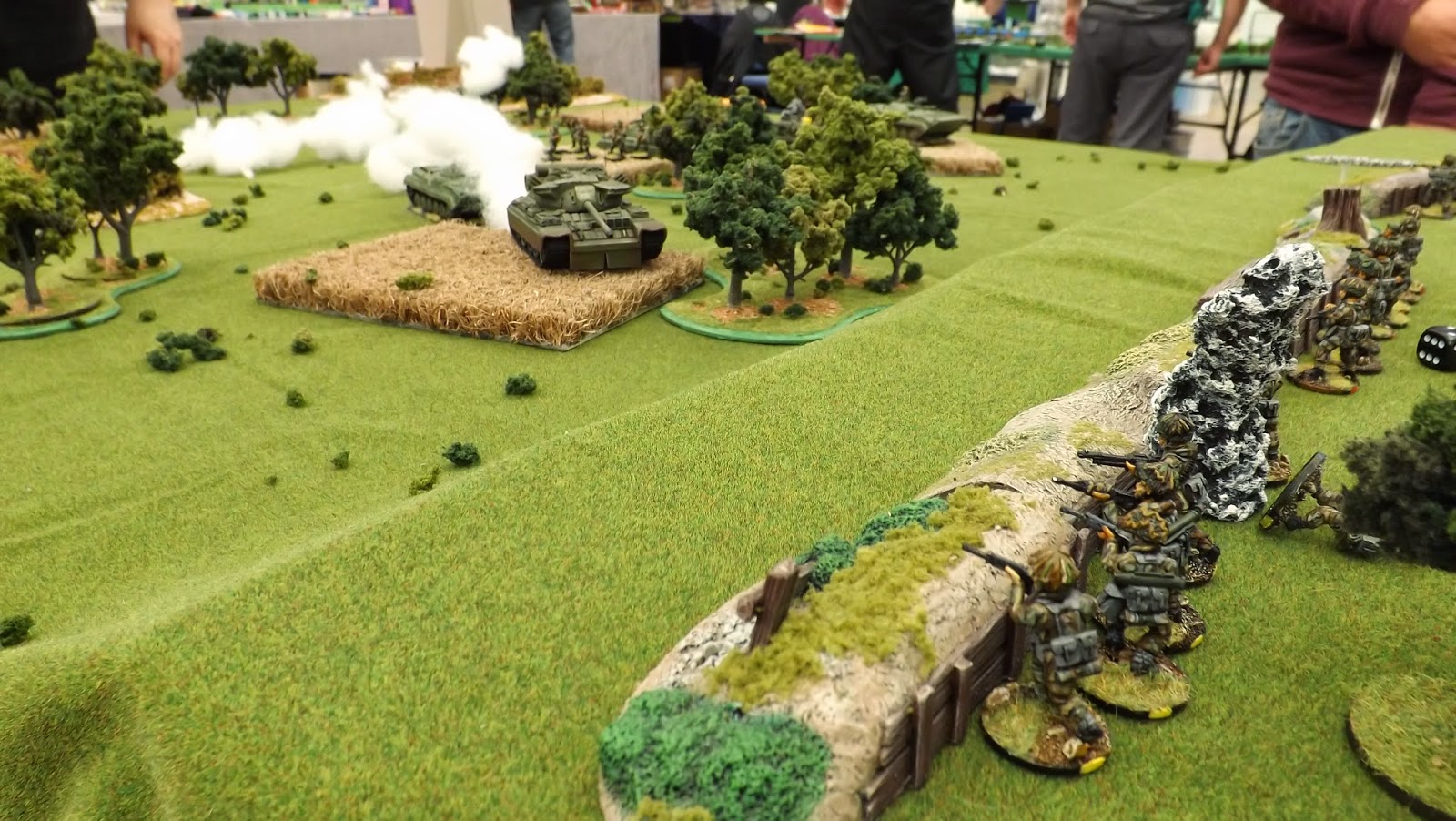 So that is another Legionary show for another year, great fun and a very enjoyable day
Posted by carojon at 09:18