This Bank Holiday weekend has enabled me to finish off a few jobs before next weekends games. I have a busy weekend lined up with our monthly club meet up on Saturday and the Oporto game for the Sunday.

So I have added a bits of detail to Oporto town with a few waggons, boxes and barrels to the warehouse end of town, together with some more walls to the outskirts and roads leading out. Several accounts make reference to the walled enclosures keeping the British cavalry at bay as the French made good their escape. 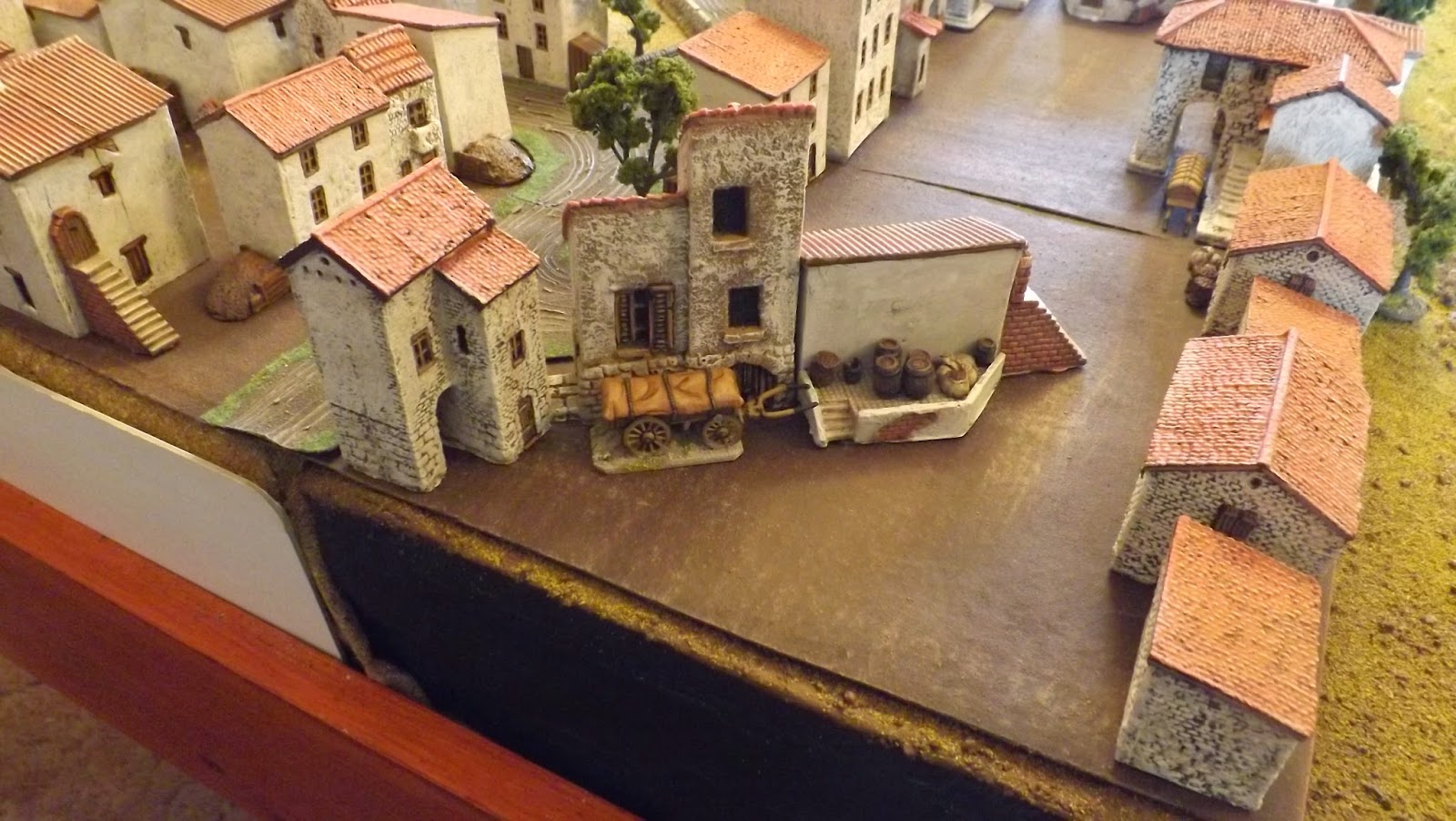 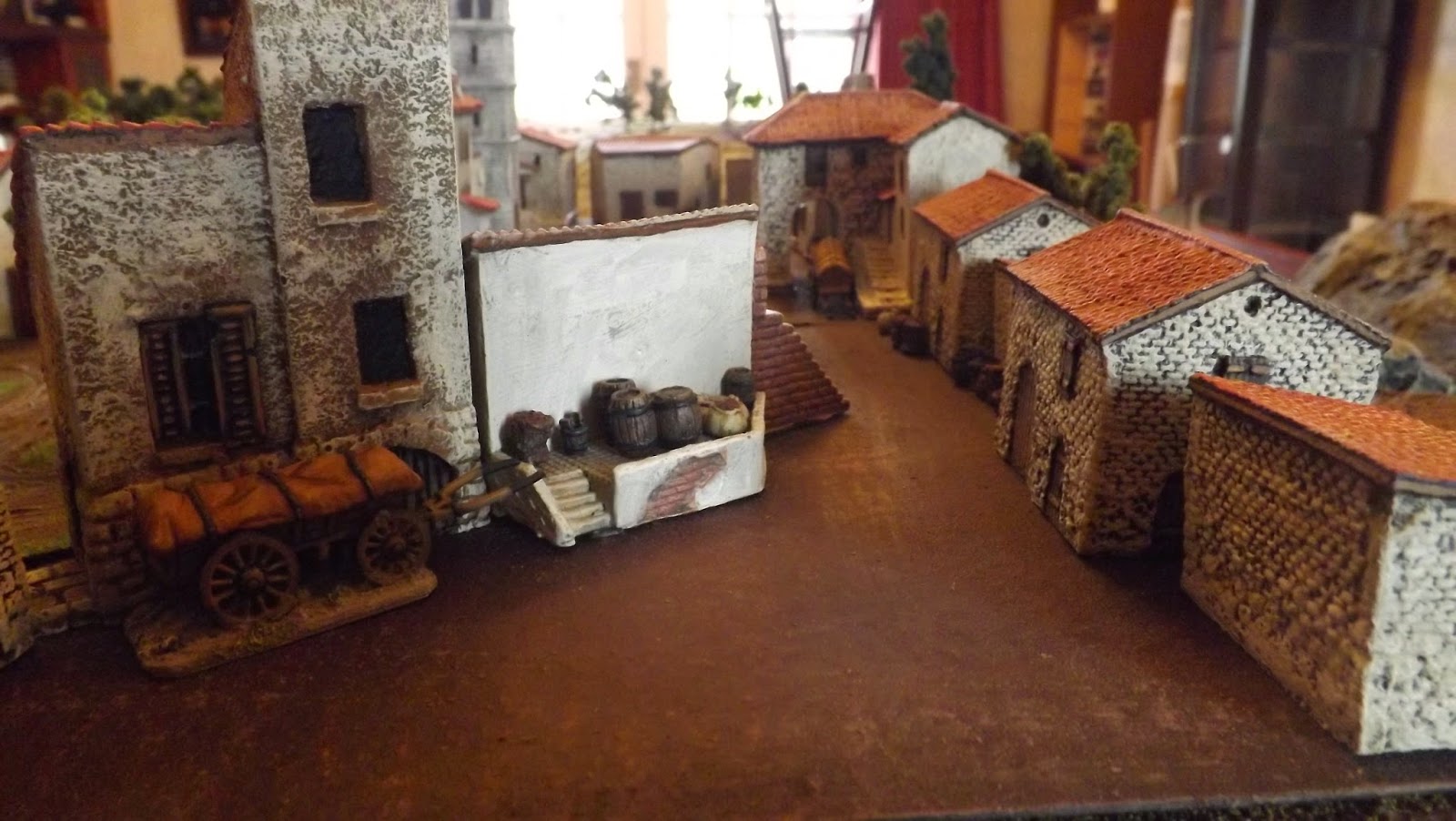 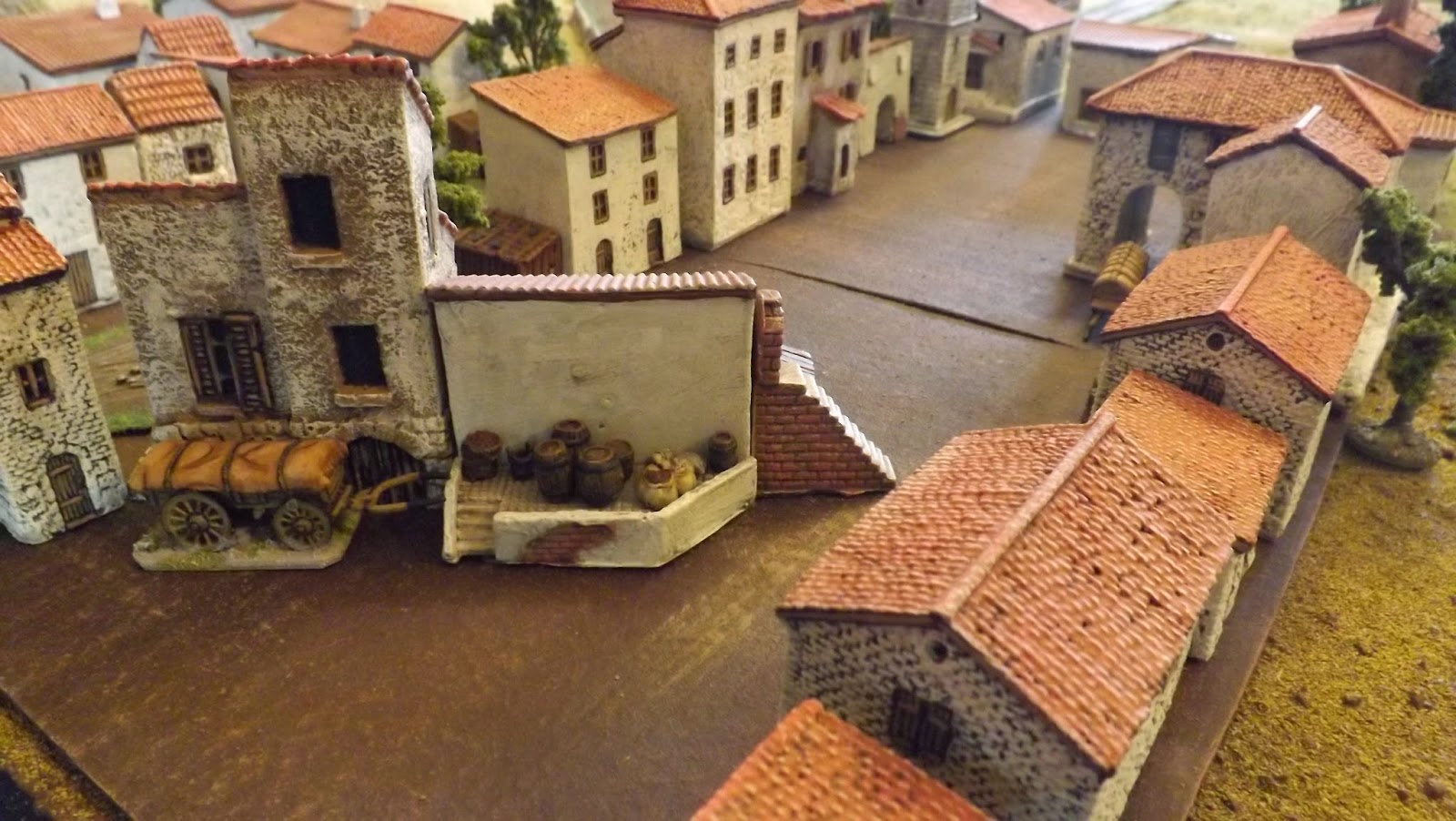 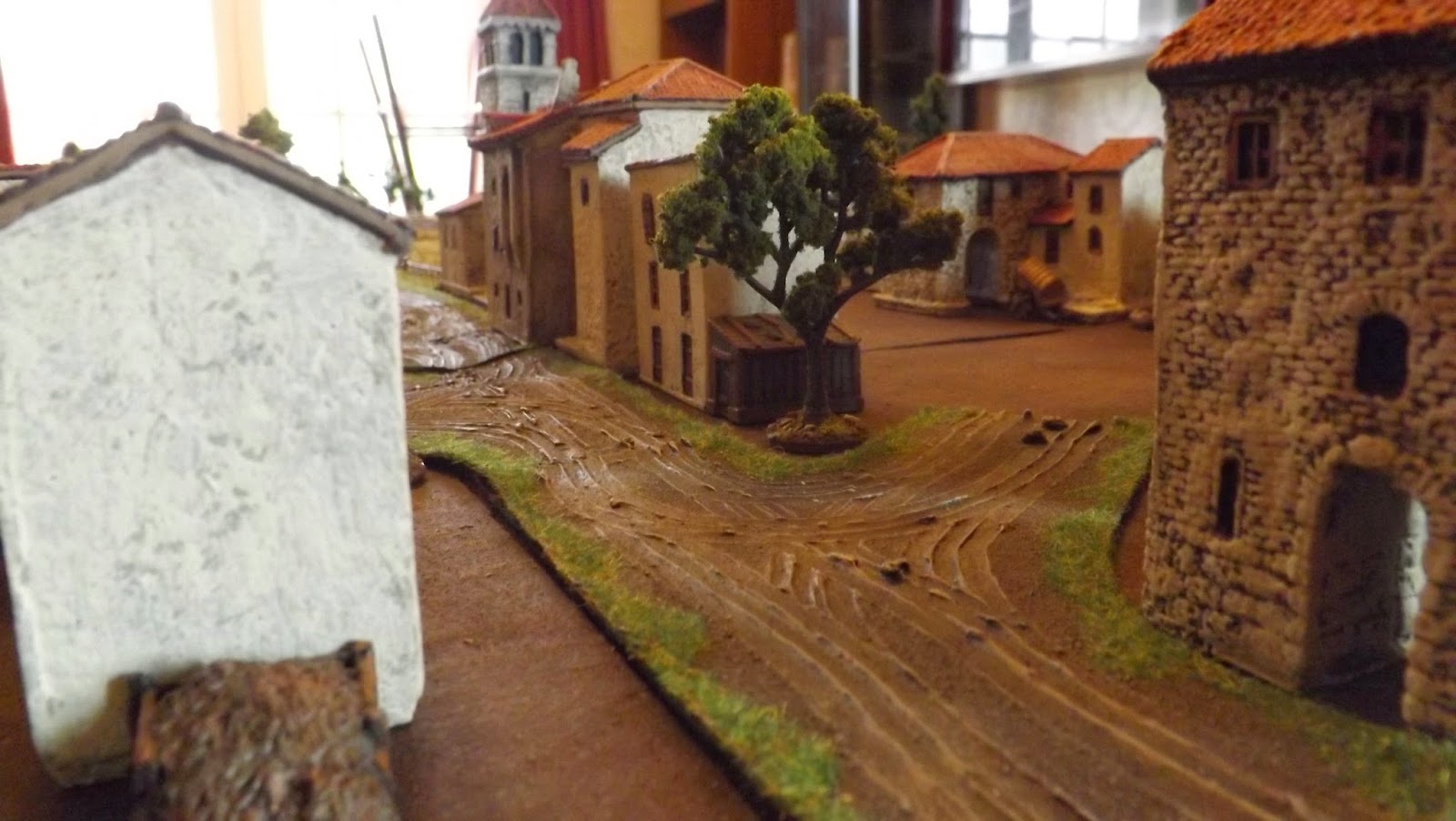 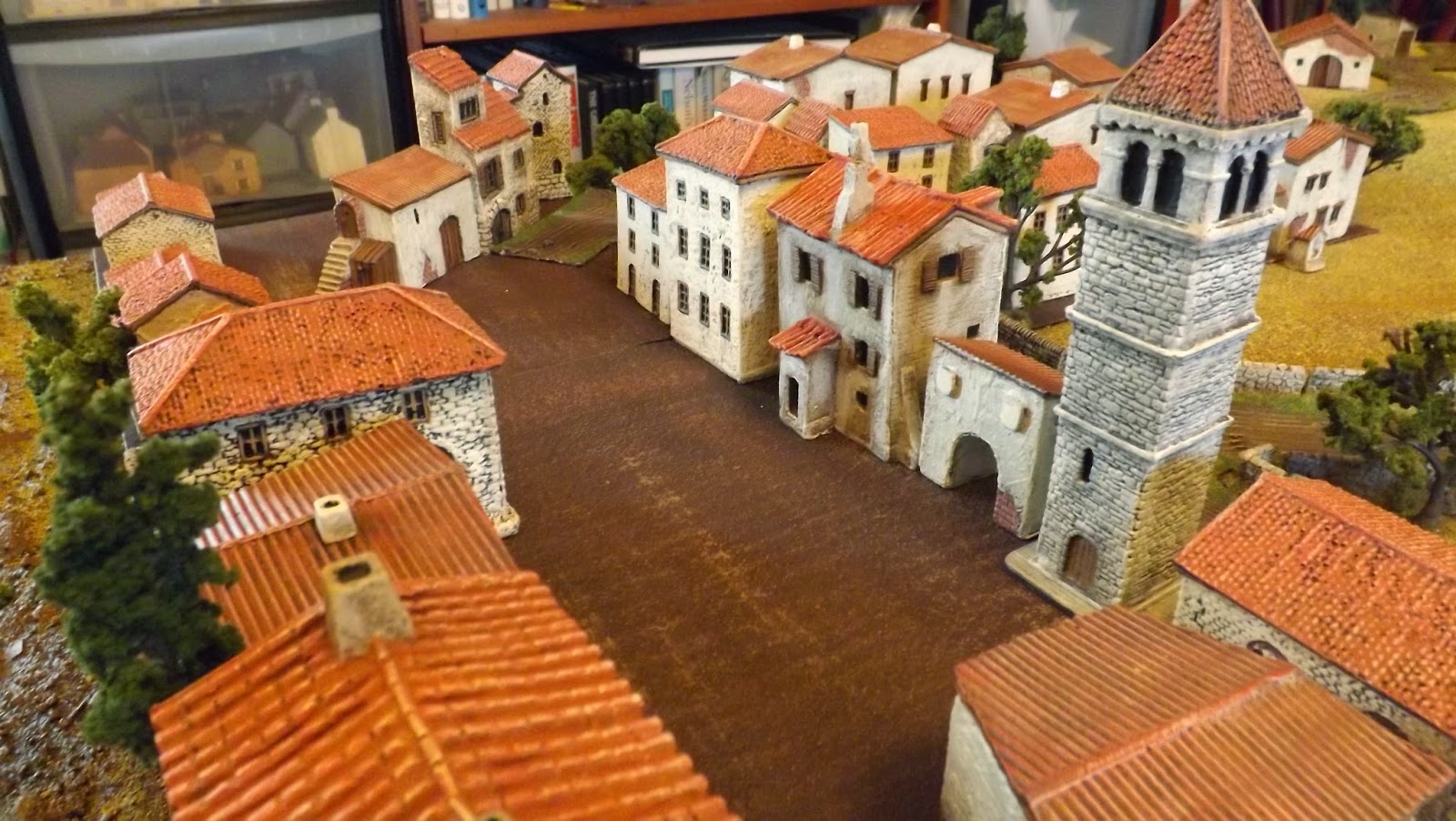 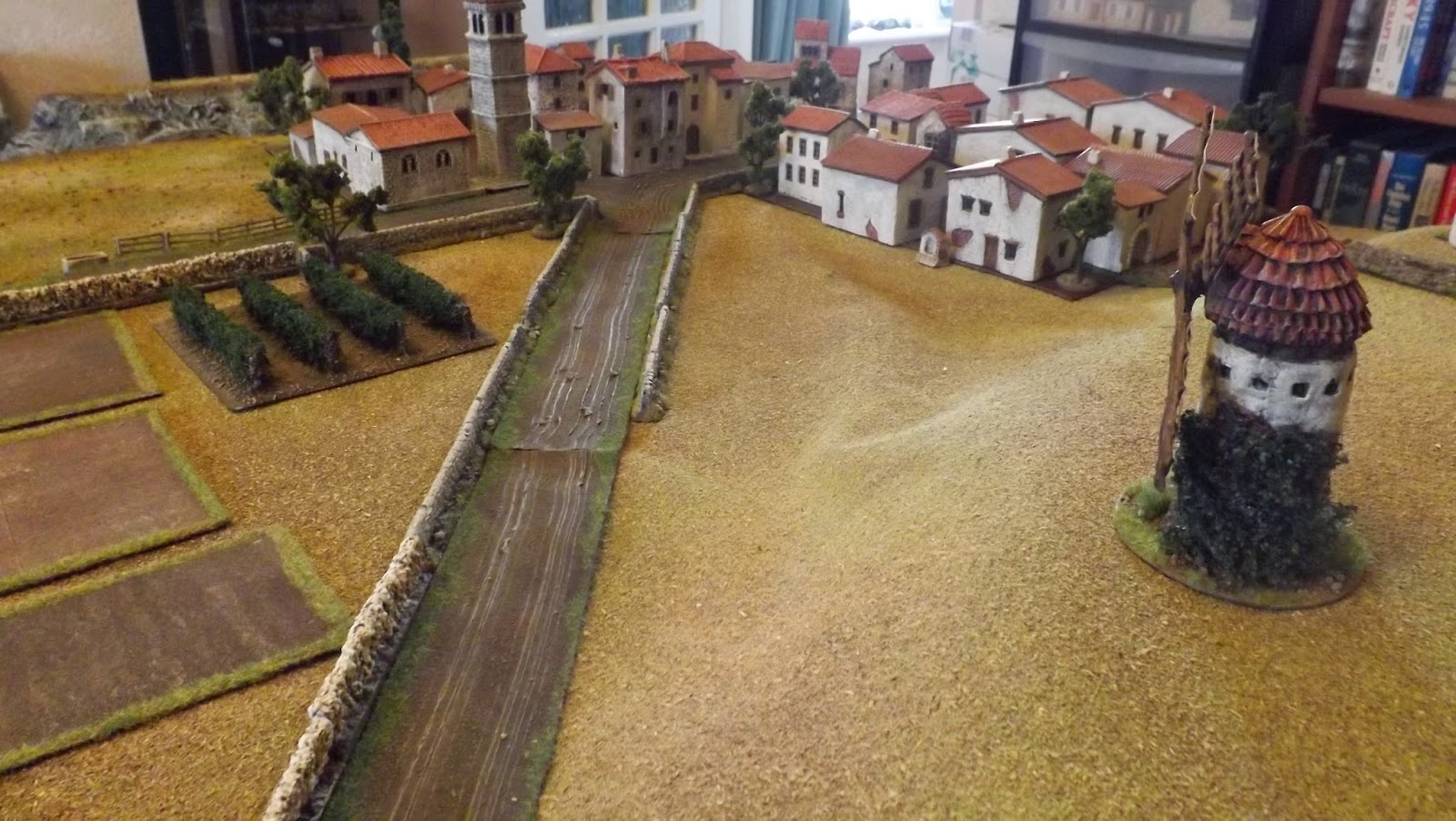 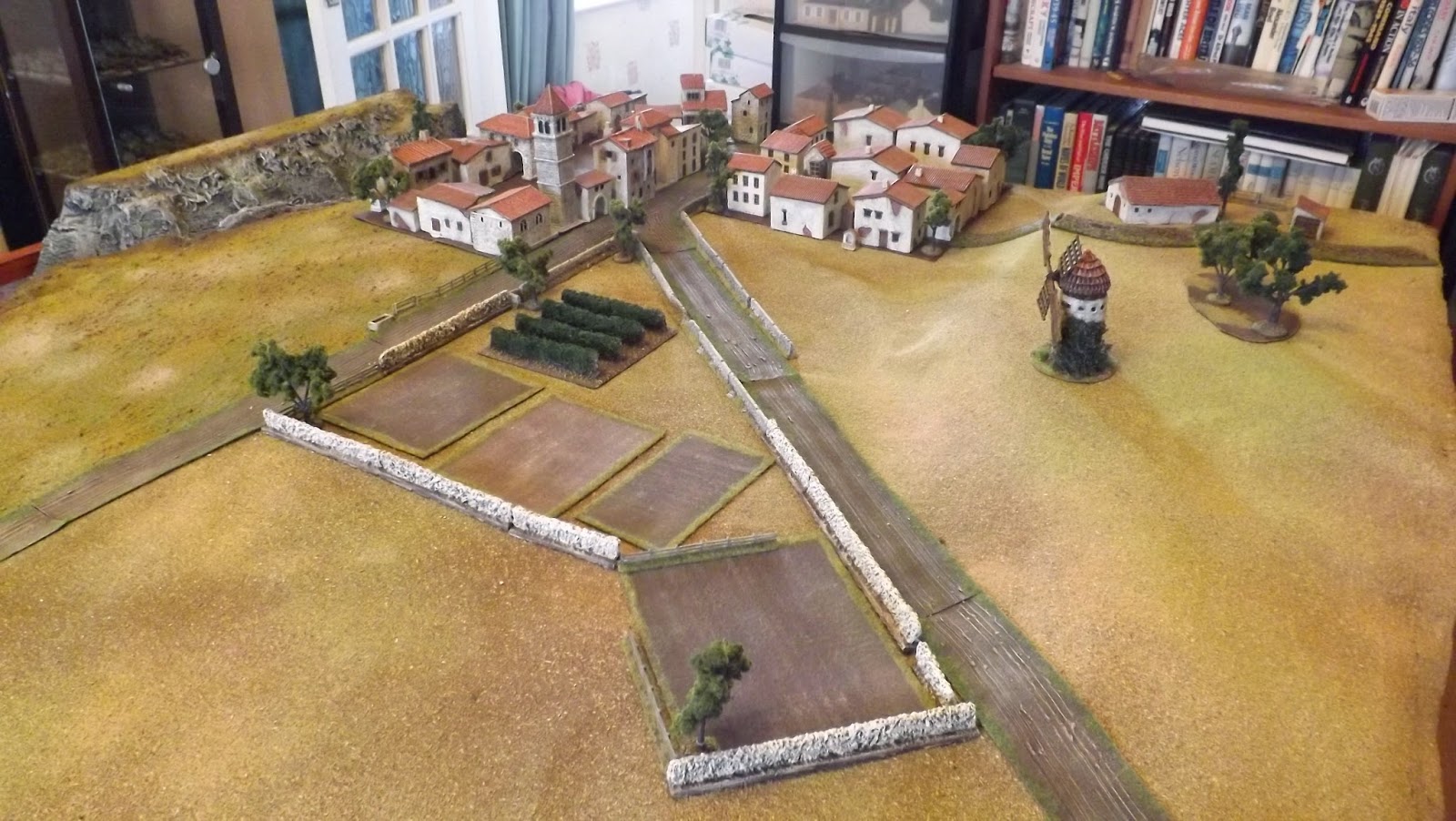 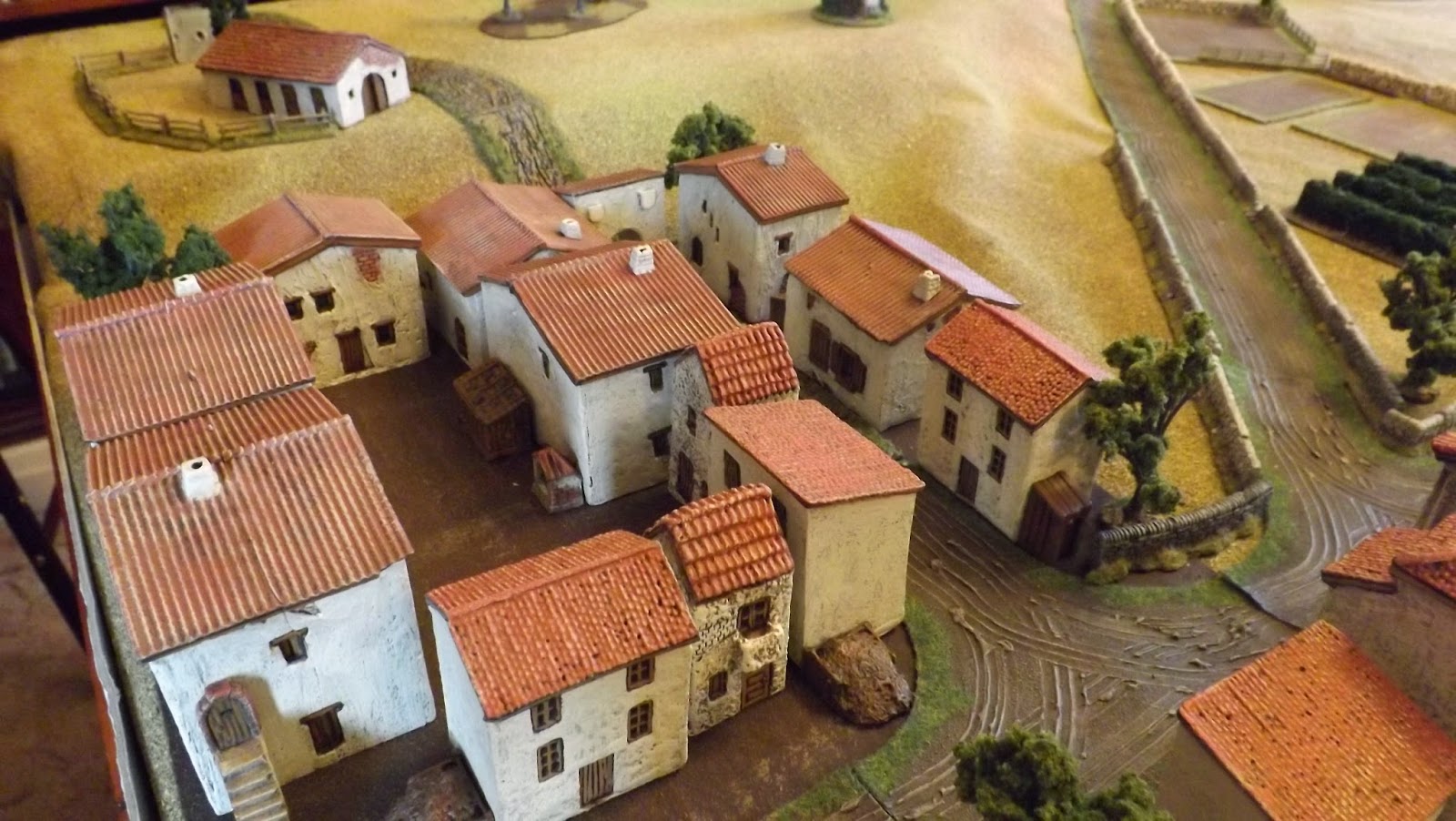 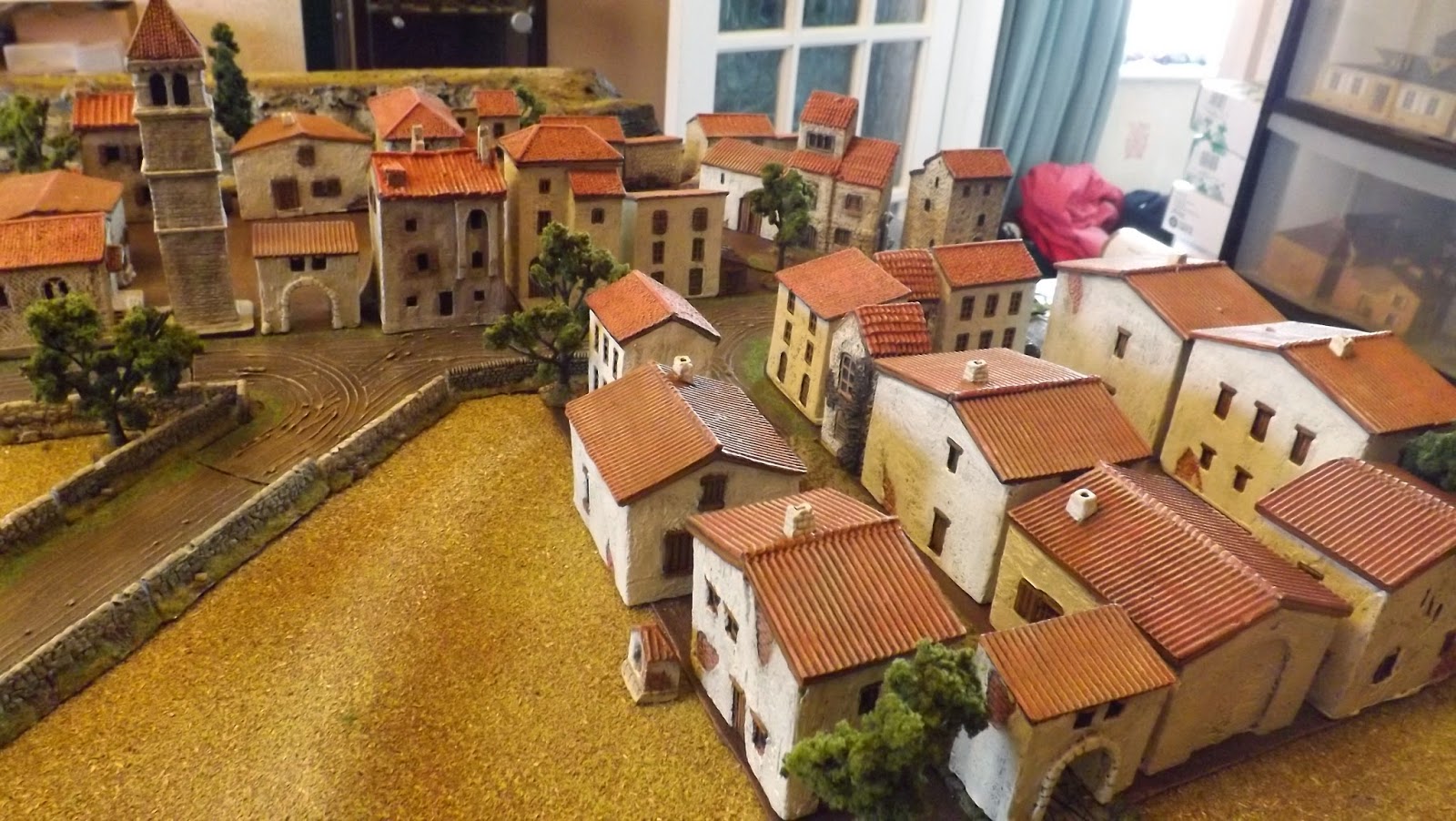 I am just awaiting the model for the Bishop's Seminary and we will be good to go.

In addition I did make mention of getting a few projects done for friends that have been on the "back burner" whilst I completed the Oporto forces. So I have four units of French Seven Years War cavalry to do and I got the first unit completed today. These figures are true 15mm and seem tiny after doing 18mm. I can't see myself doing armies in this scale any more as my eyes can't take it!! 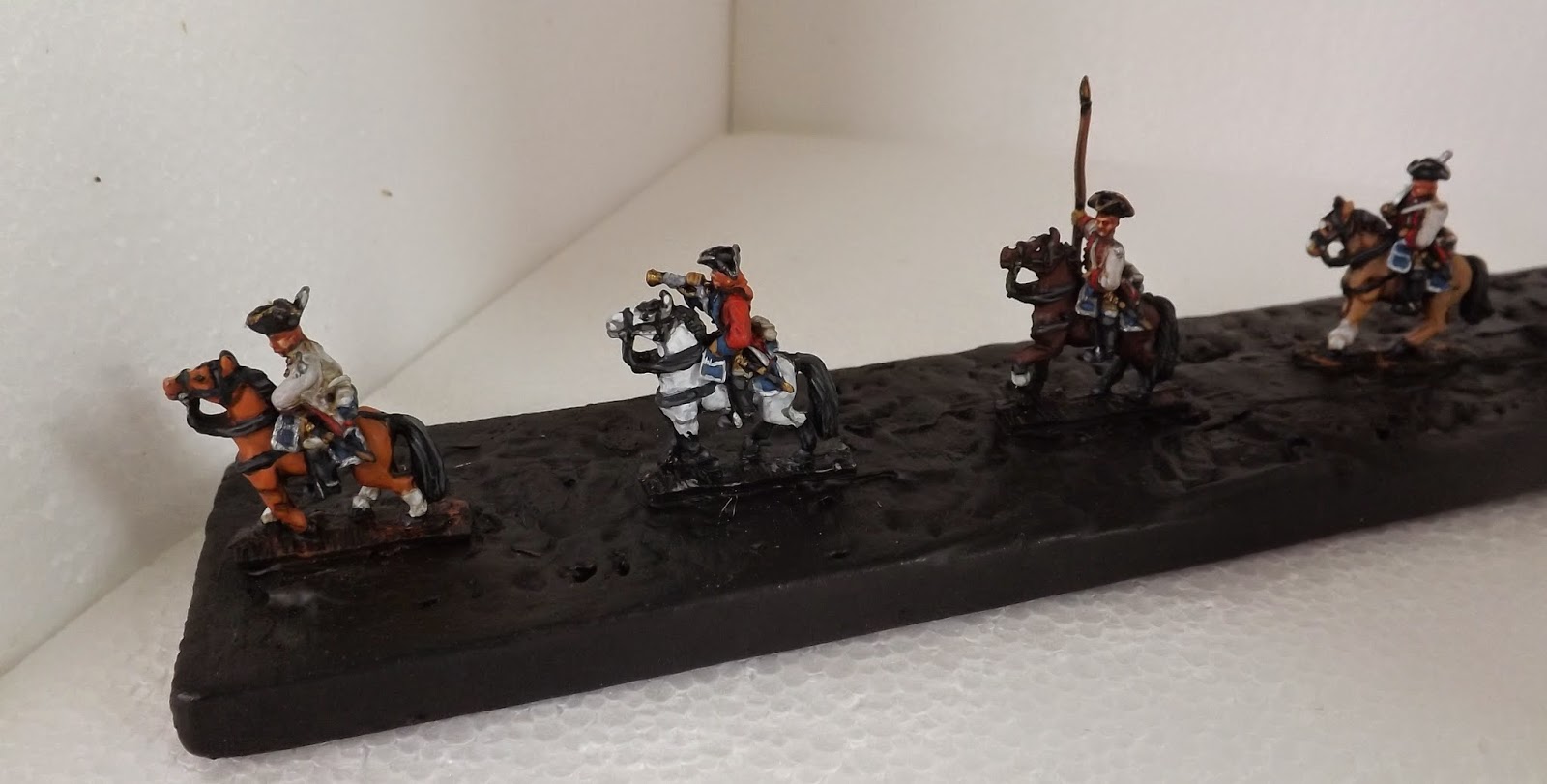 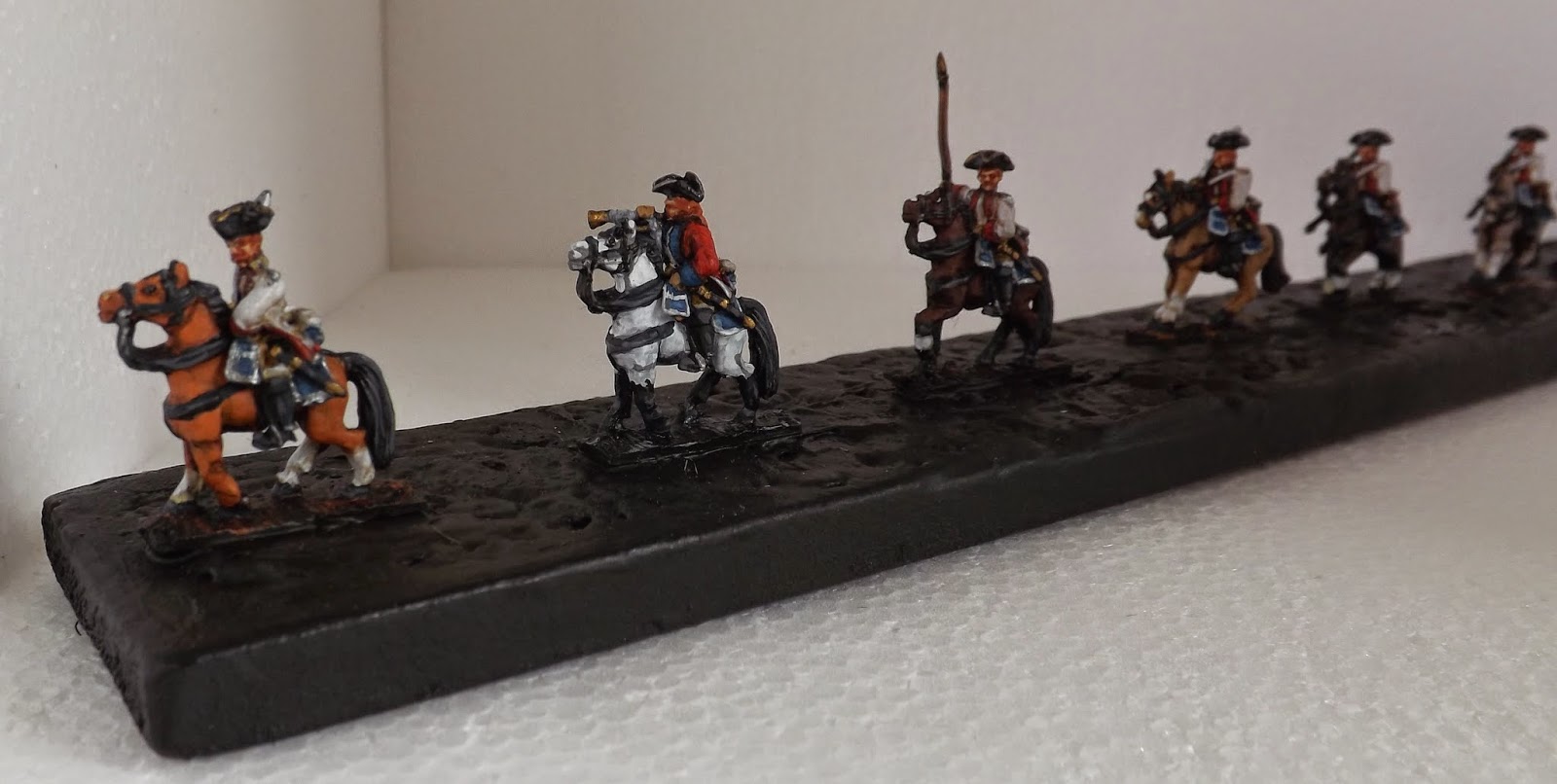 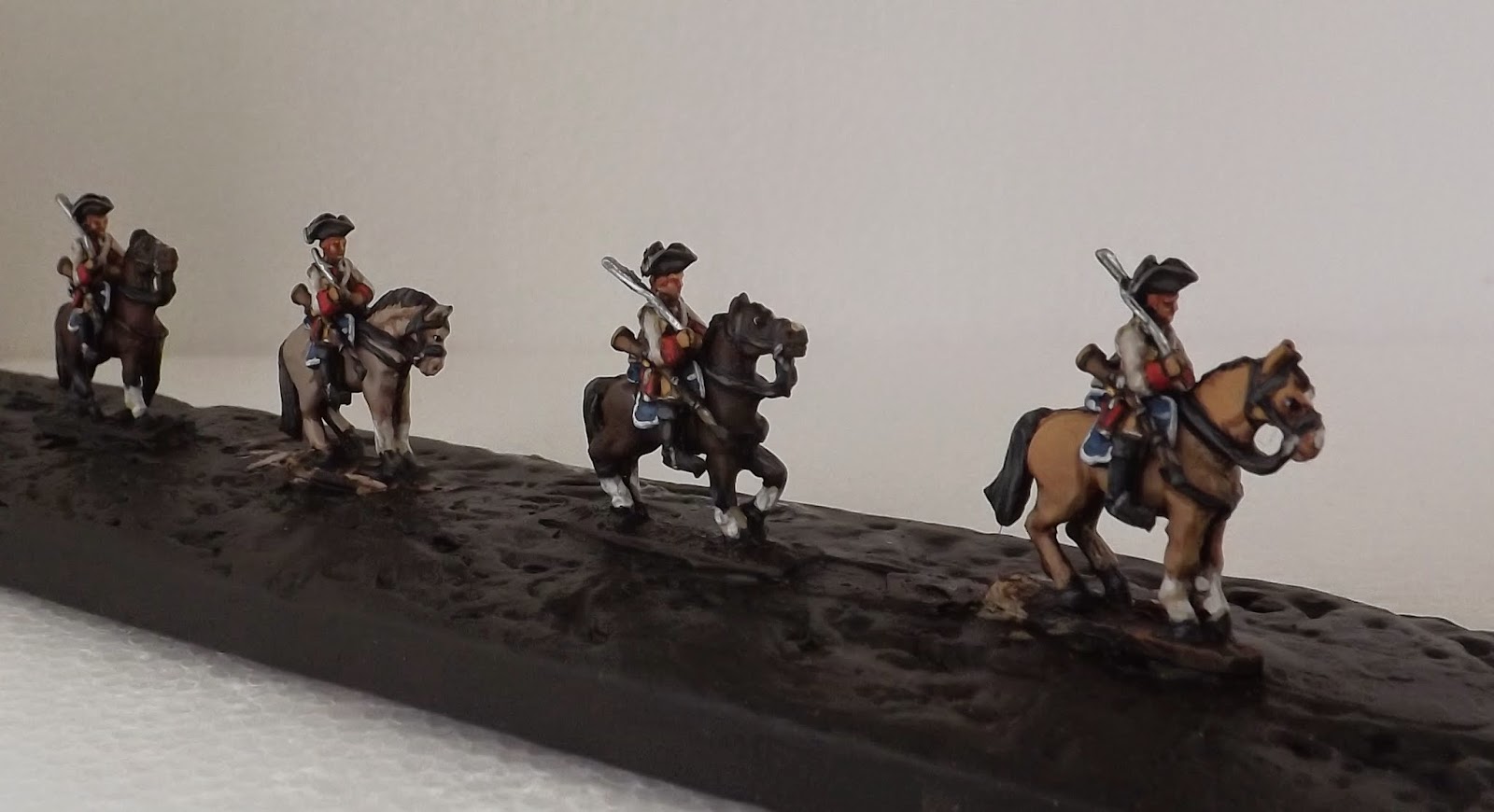 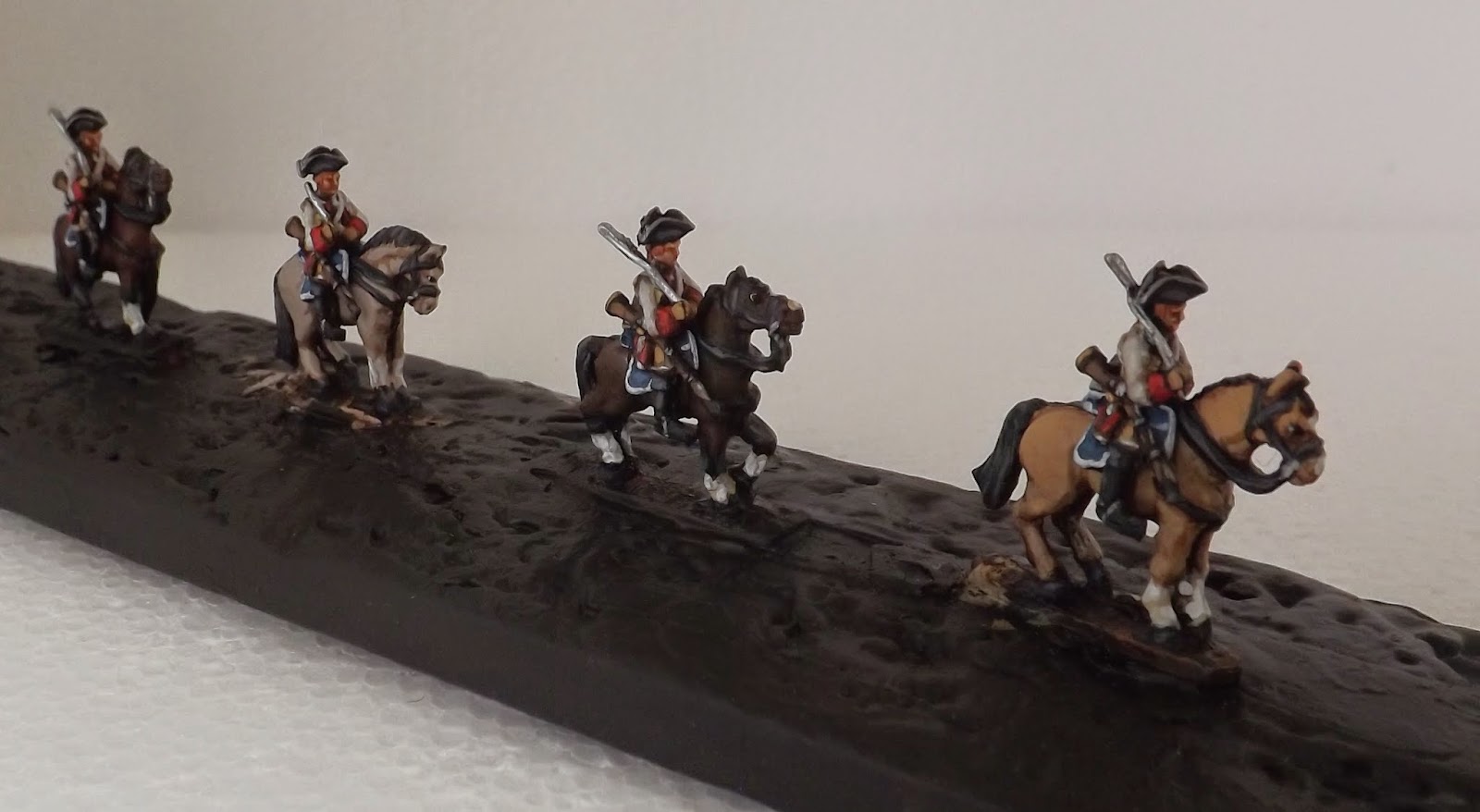 Next up, continuing the Seven Years War theme and picking up the French Indian War figures I was doing back in October last year.

I'm hoping to play my first game of "Muskets and Tomahawks" next Saturday at the club and I have just put this familiar chap together, if you have seen the "Black Powder" book "The Last Argument of Kings" as another contribution to the game. 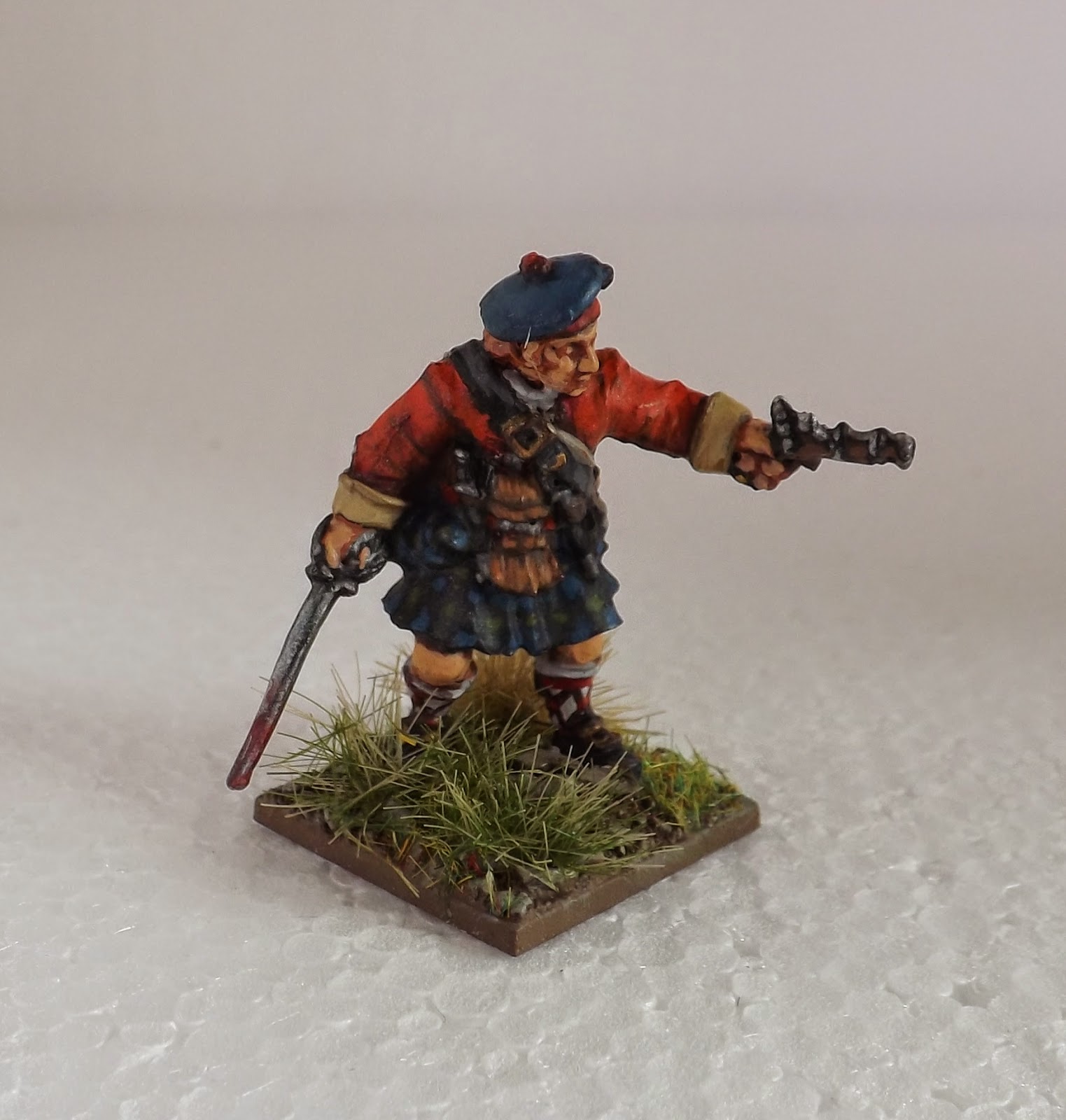 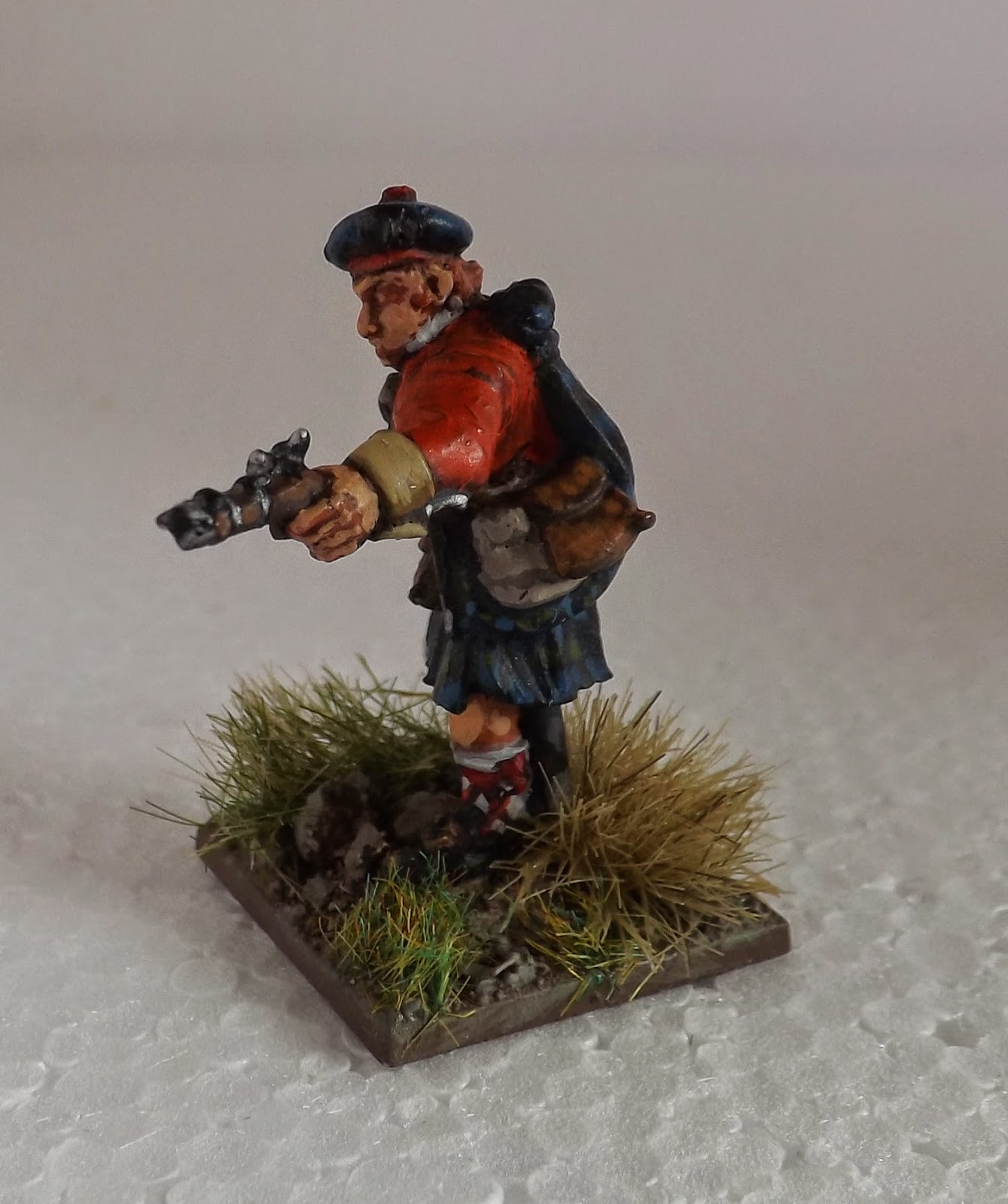 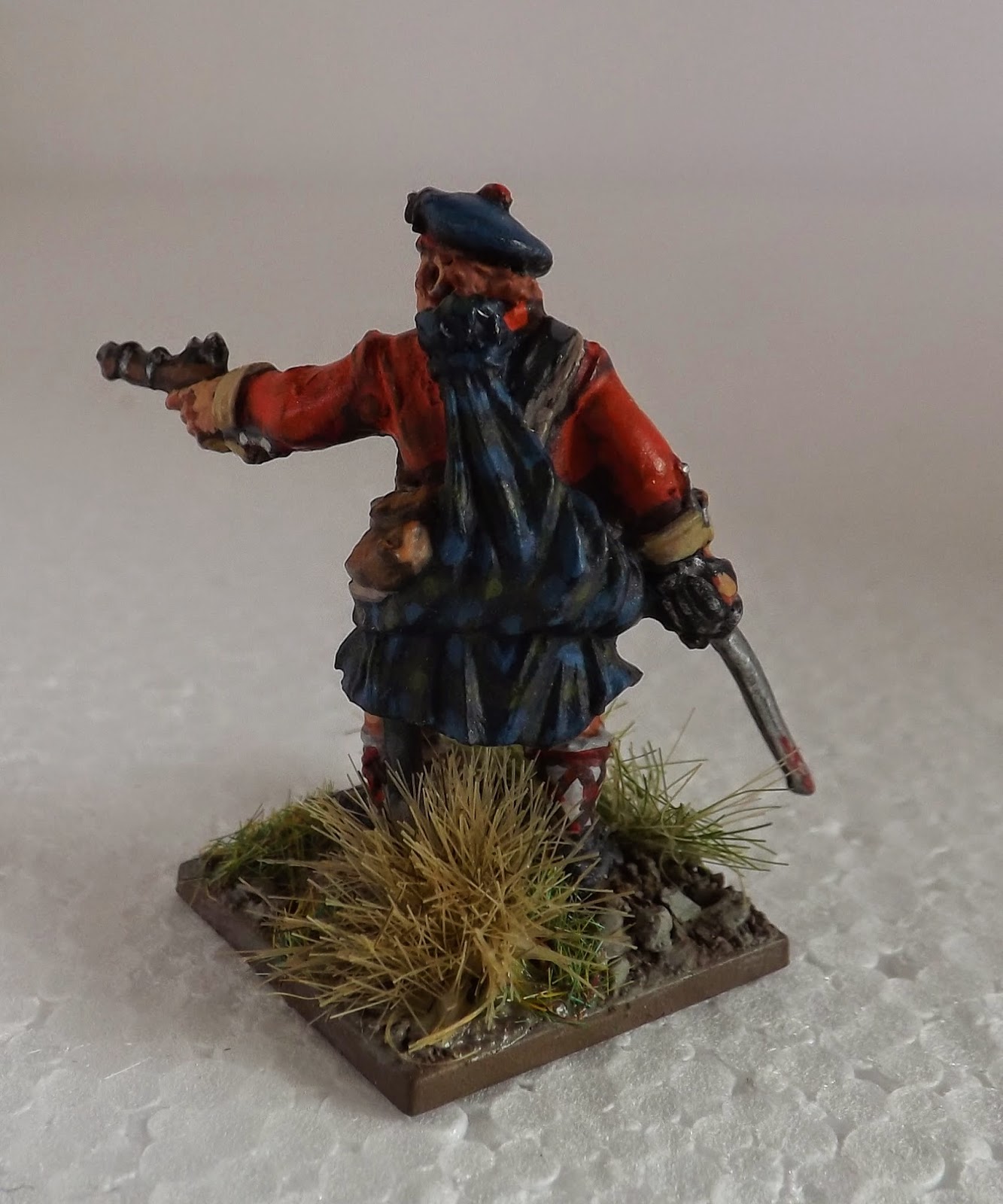 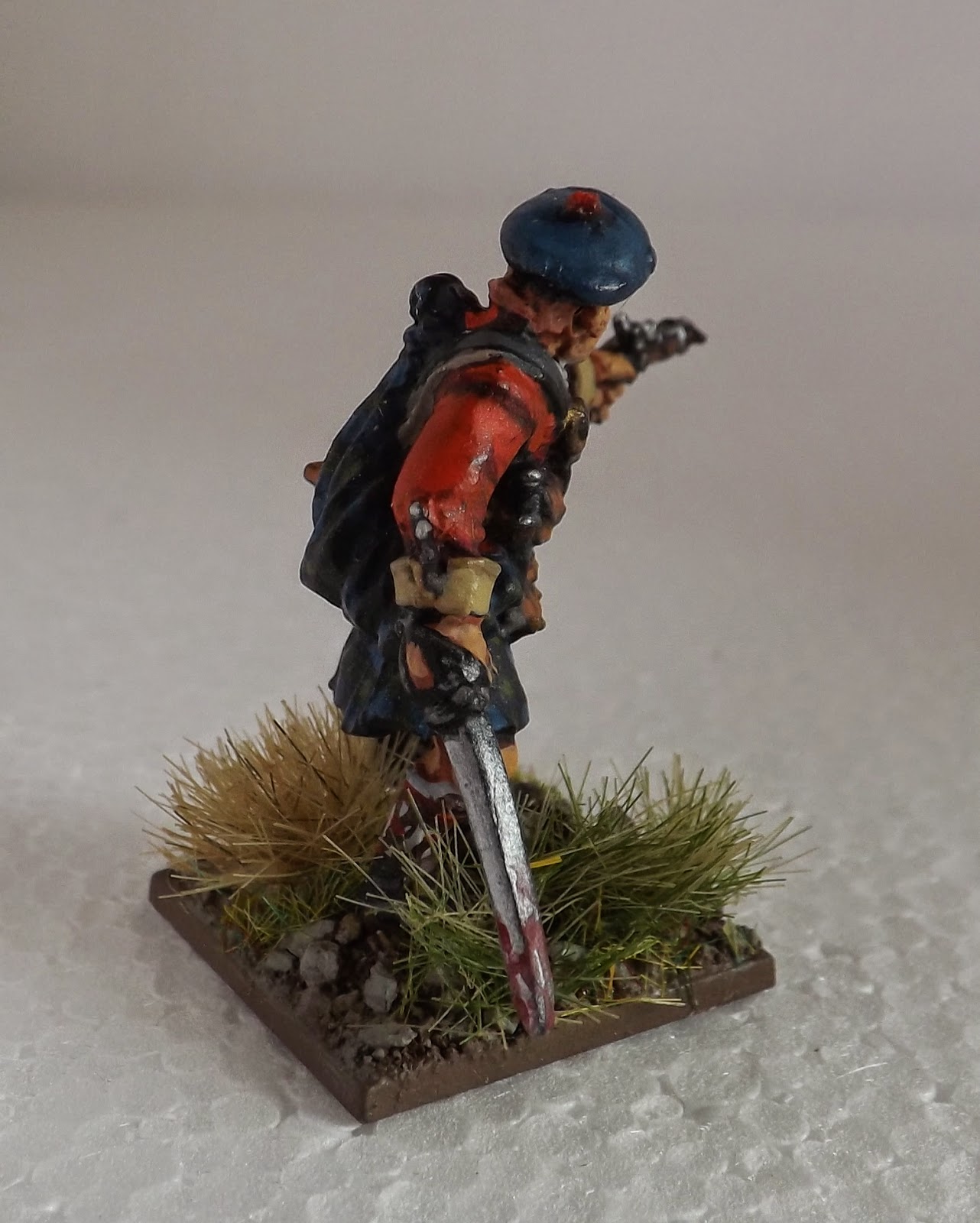 I thought I would practice the blood smeared sword technique ready for commencing the 28mm Dacian Wars collection later in the year.