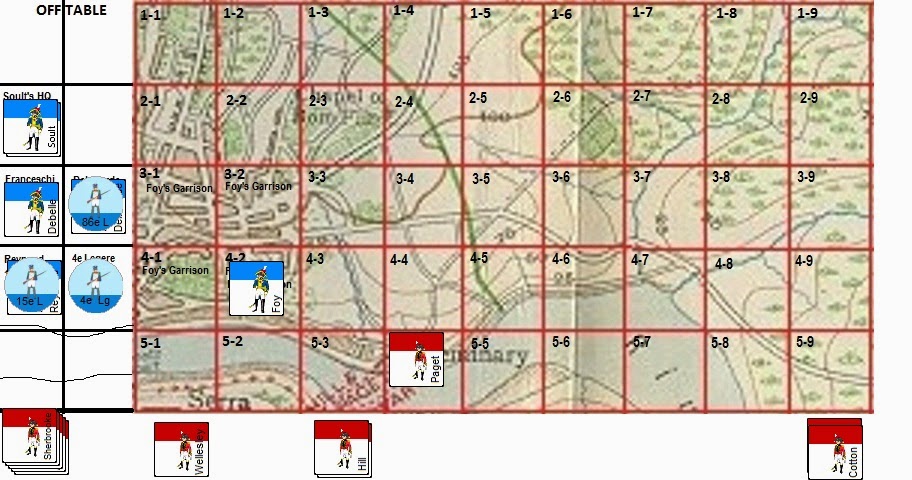 With the game set up and scenario worked out, I've been putting the finishing touches to the game management on the day.

I have set this game up to focus on the part of the table where the action is, that is around the Seminary, and the road off table that is the French escape route. As the French command becomes aware of the danger they're in, messages will start to be sent to the various off table commands and they will start to move; in addition that movement will present opportunities for further British units to arrive on the French bank off table and pursue them through the streets of Oporto. All this command and movement will need monitoring to determine when units appear on the table edge and where; hence the Cyberboard map above to make it relatively simple for the gamemeister, yours truly, to keep track of things as C&G handles when messages get received and how commanders respond to said messages. 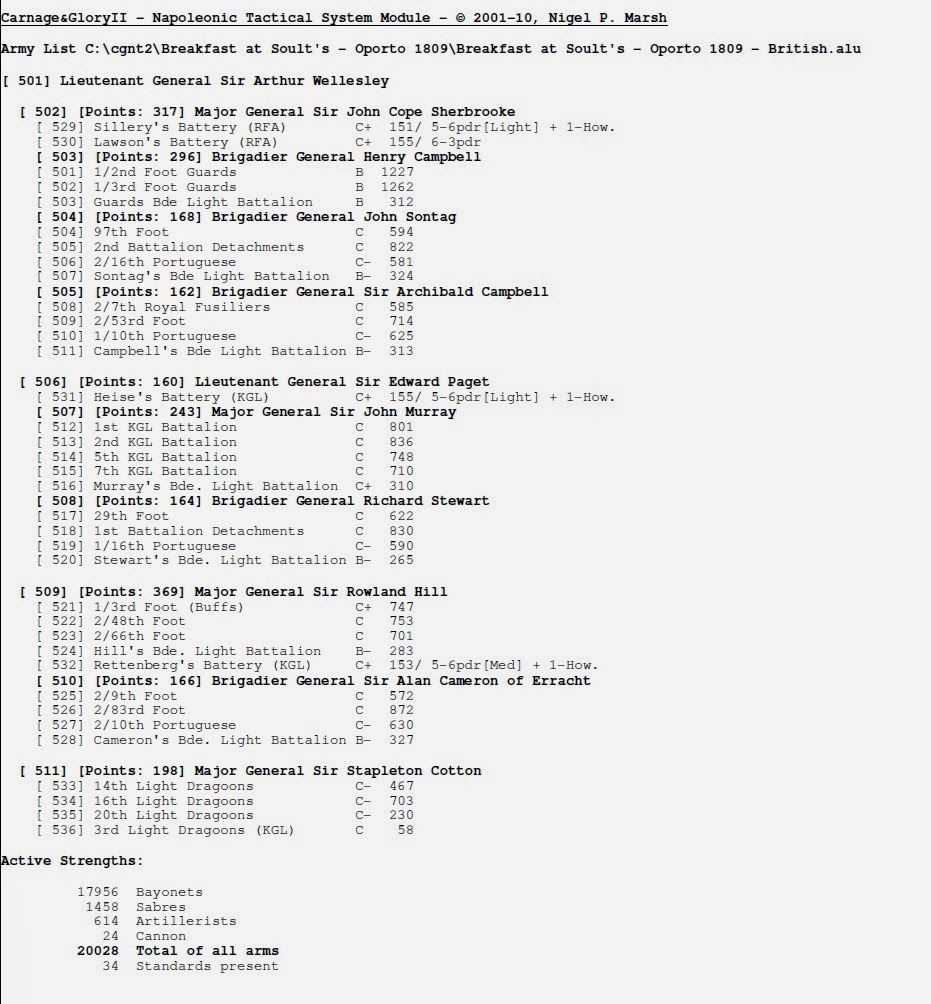 The orders of battle are sorted, with attachments to be agreed by the table top commanders on the day. The British list was relatively straight forward, but there are variations on the theme for the French with some references referring to the 17th Legere as the 17th Line. I have consulted several orders of battle and decided to follow one of the more recent versions, namely Nick Luscombe's Peninsular War Atlas. 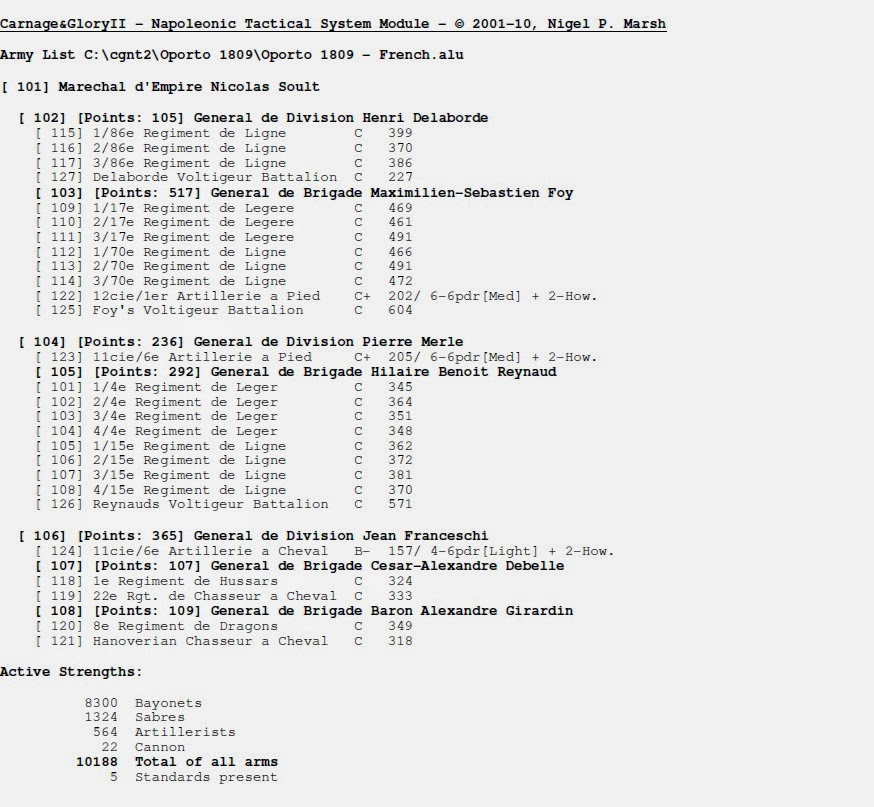 The final bit of admin that comes with a computer set of rules like C&G is to print out, cut and prepare the base labels for the various commanders and units. All my bases have magnetic tape on them so the simple addition of a bit of steel paper to the labels make the adhesion of the labels fairly straight forward; and by keeping them stored afterwards, I can run the scenario again, with much less effort.

The other advantage of the base labels is that the numbers on them make it very easy to follow the action in the game pictures as very often you can see which commander or unit is pictured in the thick of the action. A big help for someone whose memory is not quite as sharp as it used to be! 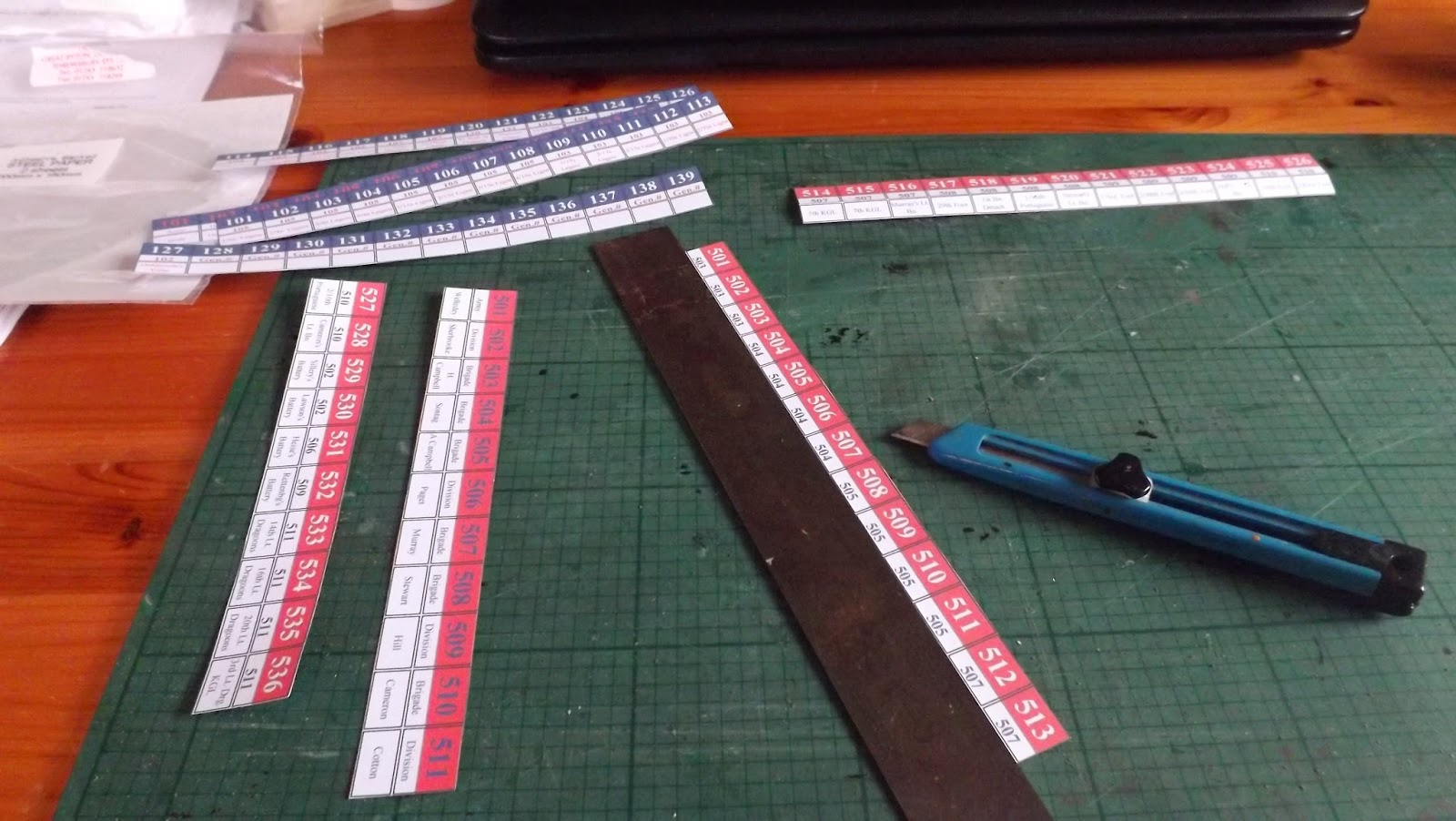