The heritage of the 63eme Regiment de Ligne can be traced back to the founding of the Swiss Regiment d'Ernest on February 17th 1672 under it's then colonel Jean Jaques Baron d'Erlach.

One of several Swiss units that served in the army of the Kingdom of France, the regiment would change its name with each new colonel:

In 1791 the regiment was retitled the 63eme Regiment d'Infanterie but was returned to the Swiss army the following year.

With the rise of Napoleon the regiment was retitled the 63e Regiment d'Infanterie de Ligne under Colonel Marc Antoine Come Damien Jean Christome Laucee who would be killed on February 7th 1807 during the Eylau campaign in Poland. 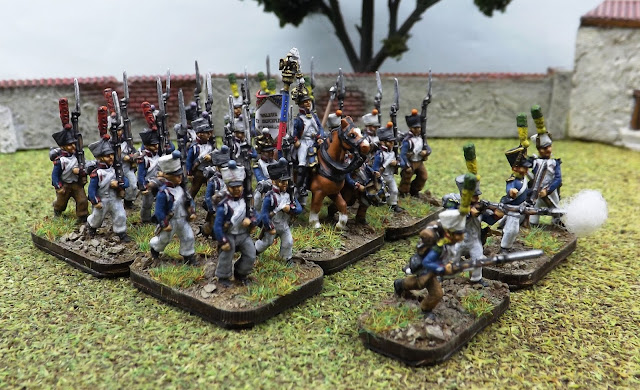 In 1808 the regiment would enter Spain with significant recent combat experience at Golymin in 1806, and Eylau and Friedland in 1807, with Friedland added to its battle honours. They would be under the command of Colonel Regis-Barthelemy Mouton-Duvernet and under whose command they would be at Talavera.

There are several illustrations of the 63e Ligne in the years leading up to 1809 that give a good impression of the regimental distinctions of the unit that might have still been carried at Talavera. 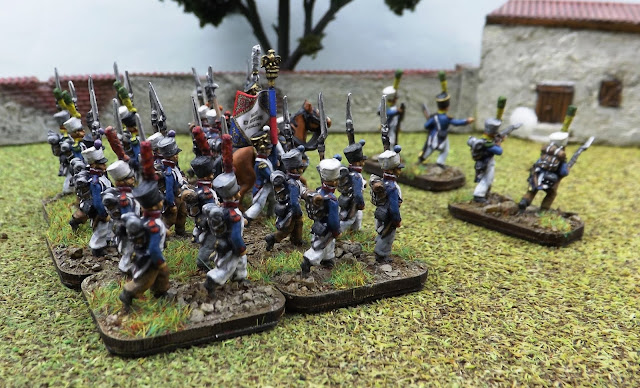 Originally in 1807 the Grenadiers appear to have carried a lower white band on their red grenadier plumes, with red tape on the upper and lower bands on the shako. together with a "V" shaped arrangement


Bucquoy suggests that the red and white plume had given way to a more traditional red only plume and with less red tape on the shako when they entered Spain. He then has an interesting illustration of a Grenadier NCO seen in the second picture below with rather distinctive shako chords and epaulettes.

The three company distinctions of Grenadier, Voltigeur and Fusilier are captured by Bucquoy for the period 1808 covering the regiments time in Spain leading up to Talavera. 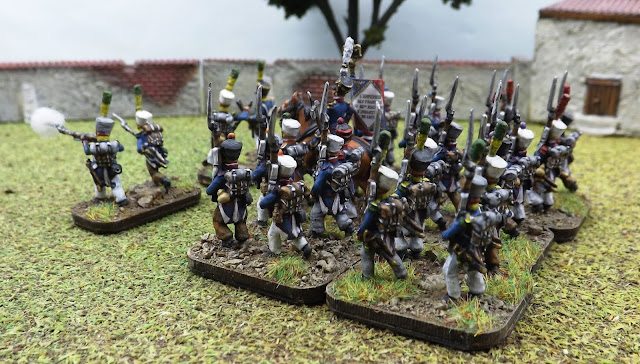 The key distinctions that I will include on my depiction of the regiment are the reversed "yellow/green" tipped voltigeur  plumes, instead of the more standard green tipped yellow, yellow topped epaulettes and the white chords on the grenadier shakos. 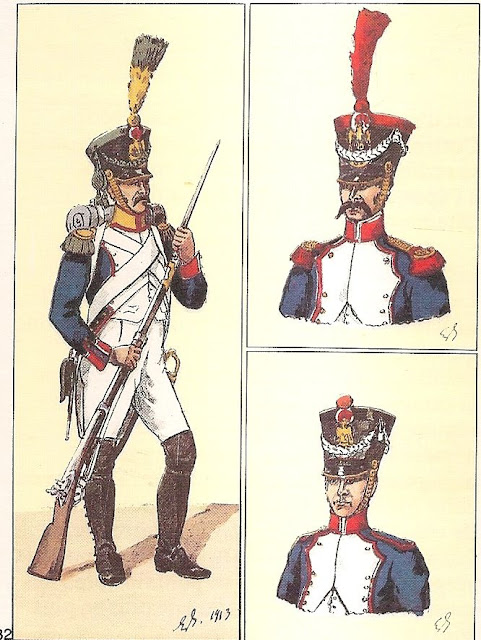 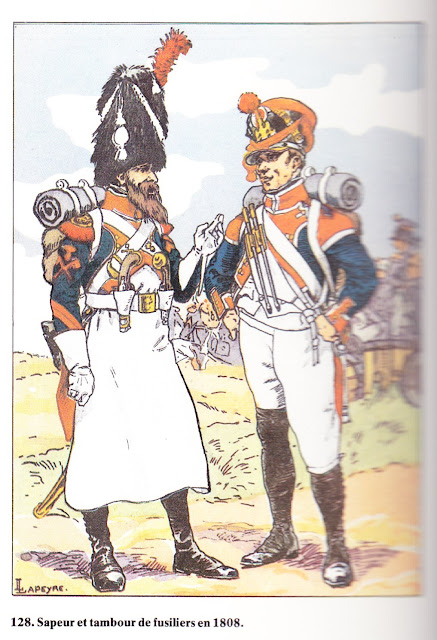 My 1/63e Ligne are composed of figures from the AB range and the Eagle standard is from GMB flags. 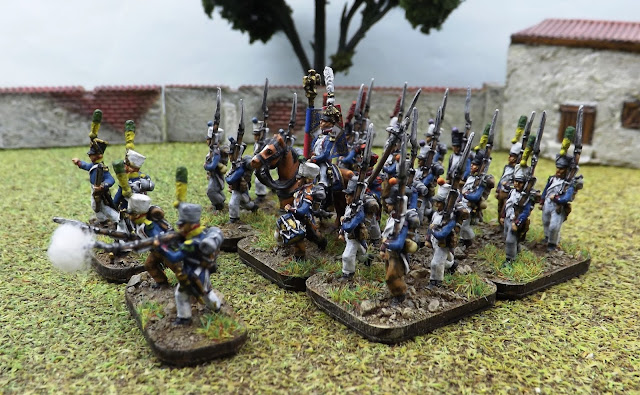 Next up with the French line infantry project now standing at 66% completed I will take a slight intermission to finish off some 28mm Rogers Rangers for Steve M's growing French Indian collection.

In addition I am off to "Crusade 2016", the Penarth and District Wargames club show, this weekend

and as it is the first time of going, I will be looking forward to sharing my impressions and highlights from the day.
Posted by carojon at 10:11