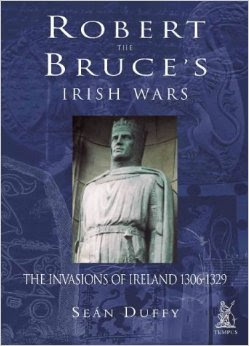 Many years ago there was something called a Book Club and I was idly flicking through that month’s magazine when this book caught my eye. I made a mental note to add it to the “possible’s” list and then promptly forgot all about it for the next ten years.

Nothing happened until it became time for my scheduled brain de-cluttering, this is where all the things I have stored away in my memory get brought back out and I decide whether to permanently forget about it or to re file it into the pending section of my mind.

So when this book came up for its re-assessment I decided to move it into my action section and started looking around for a copy. I was a little shocked at the price that was now being asked for it but after a few months of searching I eventually picked it up for a reasonable price. (My copy inside the front cover is marked up at £45!).

At this stage I think I need to explain that I categorise my non-fiction books into two major groups, the first group consists of those books that are written for the public (the vast majority) and the second are what I call academic essays, then each section is further sub-divided into 3 more groups with the books being classified as either being readable, tough going or mainly made up. (I am considering adding in ‘dull ‘as a fourth sub-category)

This book falls into: academic, tough going.There are seven chapters which are really seven separate essays and they cover various aspects of the Scottish invasion of set roughly around the time of .

I think I'd better precise what happened for those who are unsure on this bit of history. was a source of money, soldiers and more importantly supplies for the English army which had been fighting against the Scots for many years, Robert Bruce therefore encouraged his brother Edward to cross over and conquer and in the process deny these resources to the English. For three years he rampaged up and down the country being very successful until the one time that he wasn't and so ended up dead for his troubles. is left devastated which also exacerbates the ongoing famine and the country now becomes a drain on the English treasury.

Chapter 1. The Bruce InvasionThis chapter covers the invasion, fighting and the whole three year campaign and really you could stop reading here if you wanted, first hand information is unfortunately very scarce but the writer makes a decent job of what there is available although there is no in-depth detail of any of the battles or of the general fighting.

Chapter 2. The Bruce’s and the Irish Sea World,
The writer’s thesis is that there was a Gaelic triad consisting of , and the Lords of the Isles and that Robert Bruce was trying to ferment a Grand Alliance. I wasn't aware that he landed on the Isle of Man and held it for a few years and that a small fleet of ships based there controlled the Irish Sea .Generally though it is a bit too academic for me, to be honest I am still unsure what the point of this essay is but I am sure they got very good marks for it.

Now I am not actually unhappy with this chapter as I am sure it is of interest to others however what annoys me the most is the decision to put all the Irish nobles names into Gaelic English, I had no idea who was who and this was straight after I had just finished reading about all the main players in chapter one. Again I would have had no problem with this or with those authors who like to include quotations in the original language that they were written in but please include a translation as a footnote! This applies especially to French, Greek and Latin as I am fed up with guessing.

Chapter 3. The Bruce Invasion, analysis of problems.
Like I said you could have stopped reading after chapter 1, this section covers the inability of the Irish government to deal with the Scots and highlights how weak English control over actually was.

Chapter 4 .Galloglass.Quite interesting but I would rather read an Osprey on the subject. Scots had been hired for years as mercenaries by the Irish lords and as their numbers steadily grew over time then so did their power until they eventually became a bit of a problem. More about the effects of the Galloglass rather than what it was like to be one.

Chapter 5. Battle of Faughart
This was the final battle for Edward Bruce when his small but superior Scottish army pushed it once too often. Ten pages long and the writer did well to fill that much.  Still, a good effort.

Chapter 6. The Impact of the Invasion.Good on famine, murders, poverty and various unknowns grabbing an opportunity when they saw one. The Irish government after the invasion had no money, troops or supplies so for a while lawlessness went un-punished. As a Lord you were responsible for punishing your family members who transgressed, guess how often that happened.

Chapter 7 .A Sequel to Edwards Invasion.Eight pages on what happened afterwards. Not a lot, they were hungry and had no money, some people got pardoned, there, I have saved eight pages.  (See me .Ed)

Finally there are two appendices which are translations of related historical documents, the first is an extract from John Barbours (1320-1395) History of Robert the Bruce that covers the Irish Invasion /Campaign and is quite interesting, the second is a plea sent to the Pope from the Irish Princes describing how naughty the English are, which isn't.

Conclusion:There are not a lot of books published on this subject which is what originally attracted me in the first place and when combined with the paucity of first hand information from the time then I think this format is the best way to go about it because I am not a fan of those authors who can write an entire book based on fourteen lines translated from the original Greek. (Sub-category: mainly made up).Some of it is interesting, I was however disappointed that after I had finished reading chapter one, then that was really all about it for me apart from the odd snippet here and there. Lots of pictures of ruined castles.

I can see now why my £45 copy hadn't sold.
Paperback: best price for a good used copy is currently around £20.
186 Pages and then some notes, a bibliography and an index.

JJ's note:
Interesting summary of the campaign in Ireland together with some handy maps can be found here
http://www.historyireland.com/medieval-history-pre-1500/the-bruce-invasions-of-ireland-11/
Posted by carojon at 12:14