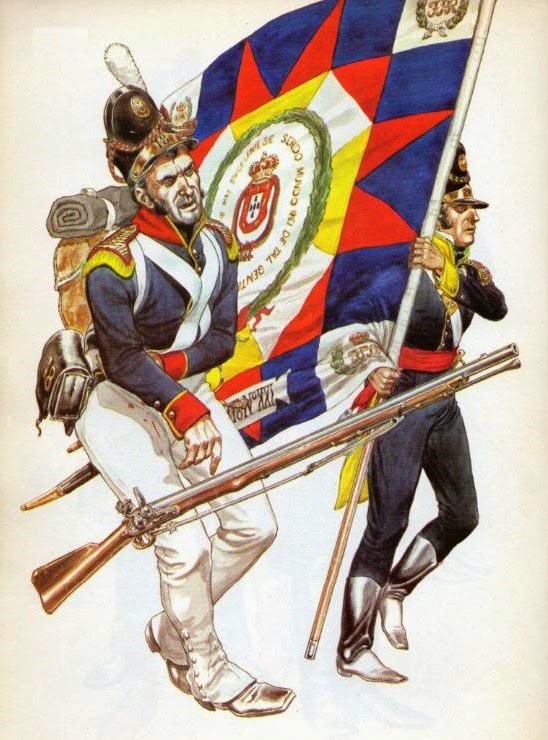 The 16th Portuguese Infantry Regiment composed the other two battalions of the four battalion force that accompanied Sir Arthur Wellesley's army to Oporto as detailed in my previous post about the 10th Regiment.

One of the first recorded accounts of the Allied army contacting the forward elements of Marshall Soult's army on the approach to Oporto mentions the role of the 16th as they went into action at Grijo. 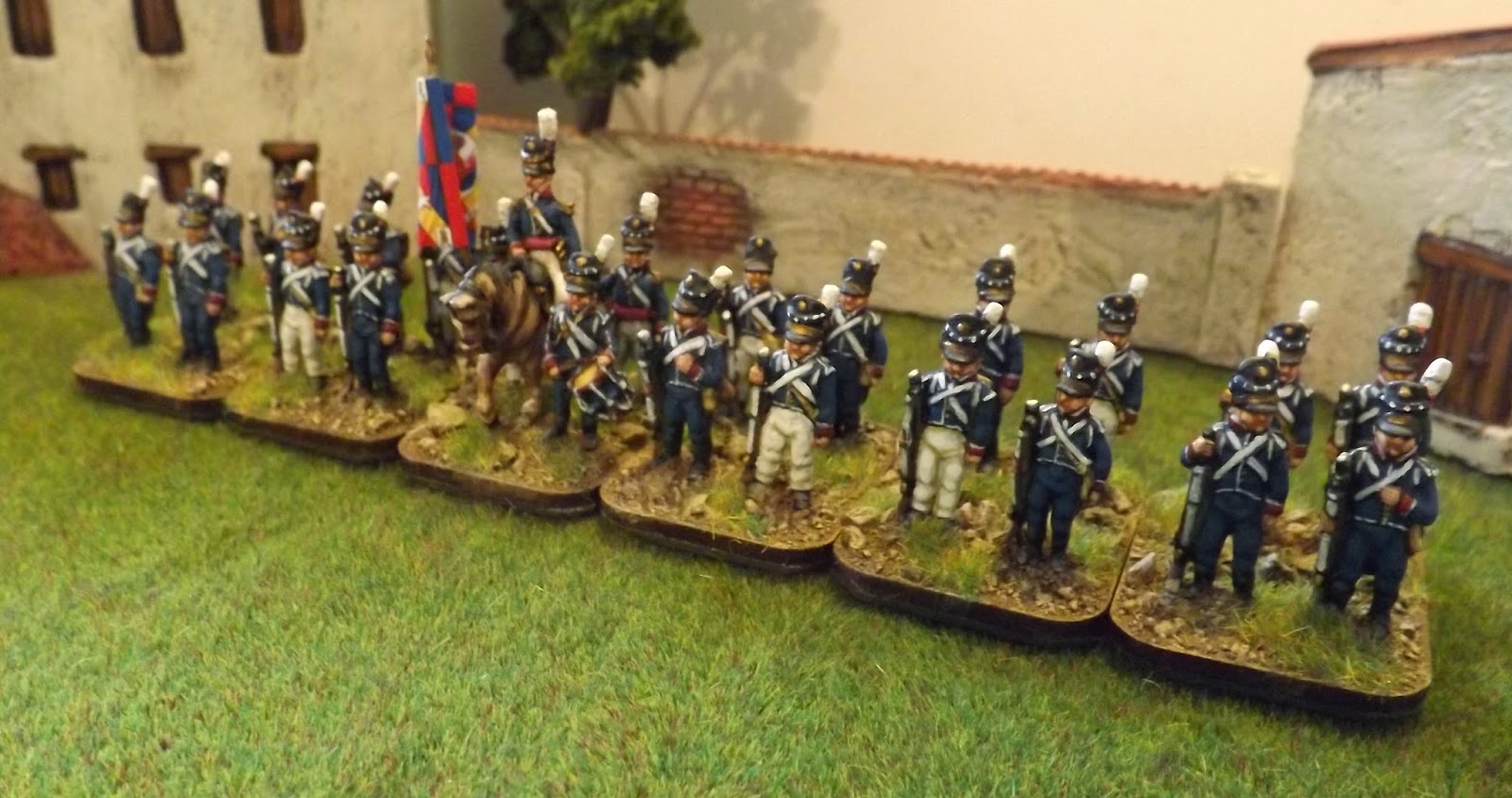 "On the 11th Wellesley ordered Major-General Hill (3 battalions plus one company) to endeavour to
outflank Mermet's position on the east whilst he with Major-General Paget's Division advanced (Paget's First division had two brigades of infantry and twelve pieces of cannon: we suppose that's the 1st brigade with two Guards battalions and an extra company, plus the 2nd brigade with two English battalions, one Portuguese and an extra company).

The position occupied by the French generals was strong in its right and centre ; the one resting
on a wood filled with tirailleurs ; the other covered in front by villages and enclosures. But the left was the weak point, and the eagle-eye of the British general, at a glance, perceived that it could be turned.

Without once halting his column, he ordered General Murray, from the rear of the advanced guard, to move round by the right, throwing, at the same time, the 16th Portuguese into a pine-wood on the left.

The latter were intended rather to distract the enemy's attention than themselves to attempt any thing
serious; whilst General Paget, supported by two battalions in reserve, manoeuvred upon their front. A very heavy firing immediately began; but the enemy no sooner observed the judicious movement round their left, than they abandoned their strong ground, and fled. Upon this, our troops were again thrown into column, and the march resumed as if nothing had happened; every movement being made with the same coolness, and in as perfect order, as if at a field-day"

More information about the 16th Regiment can be found here. 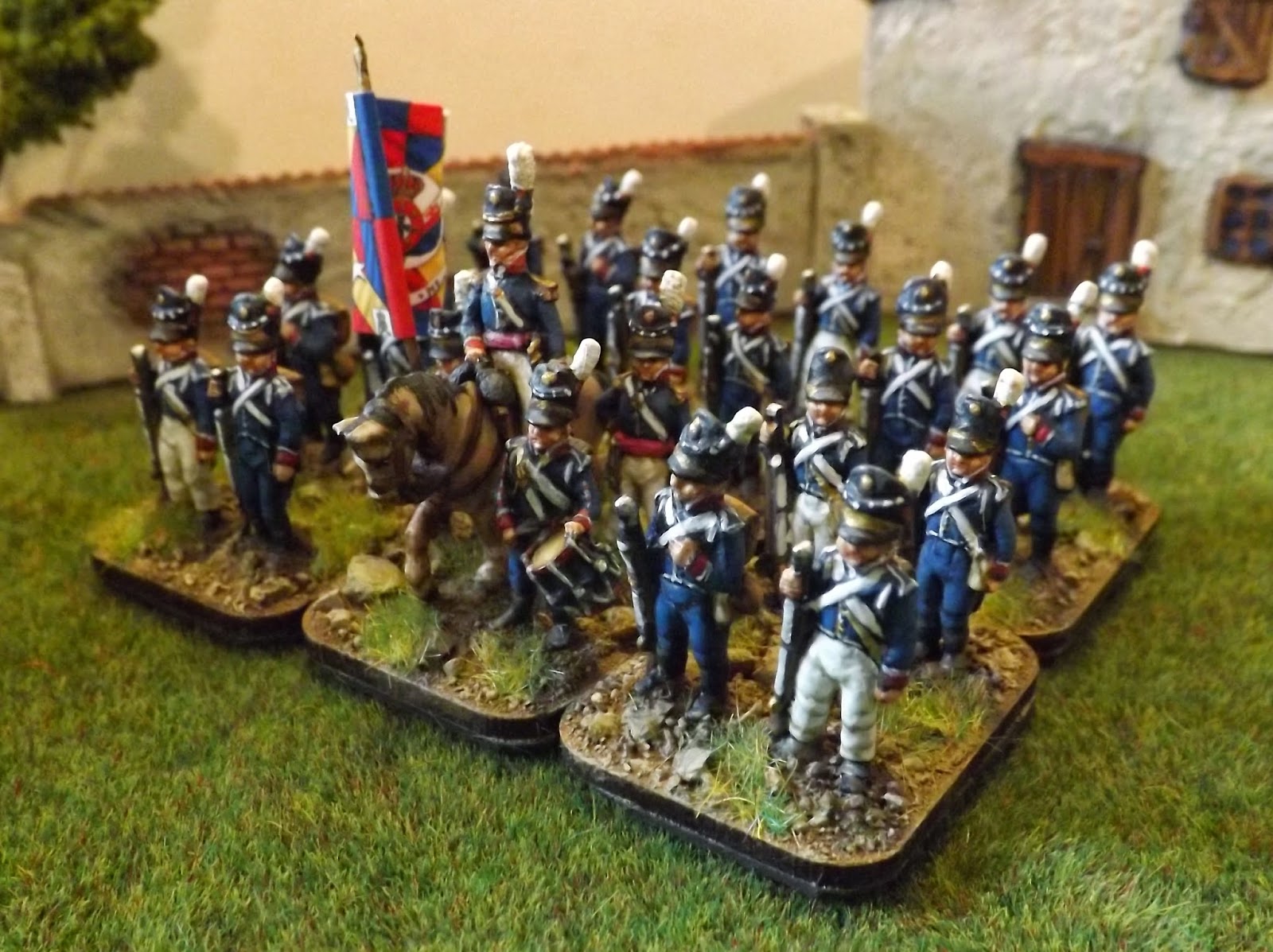 As with the 10th Regiment, the 16th are entirely AB figures and the King's Colour is from GMB Flags. 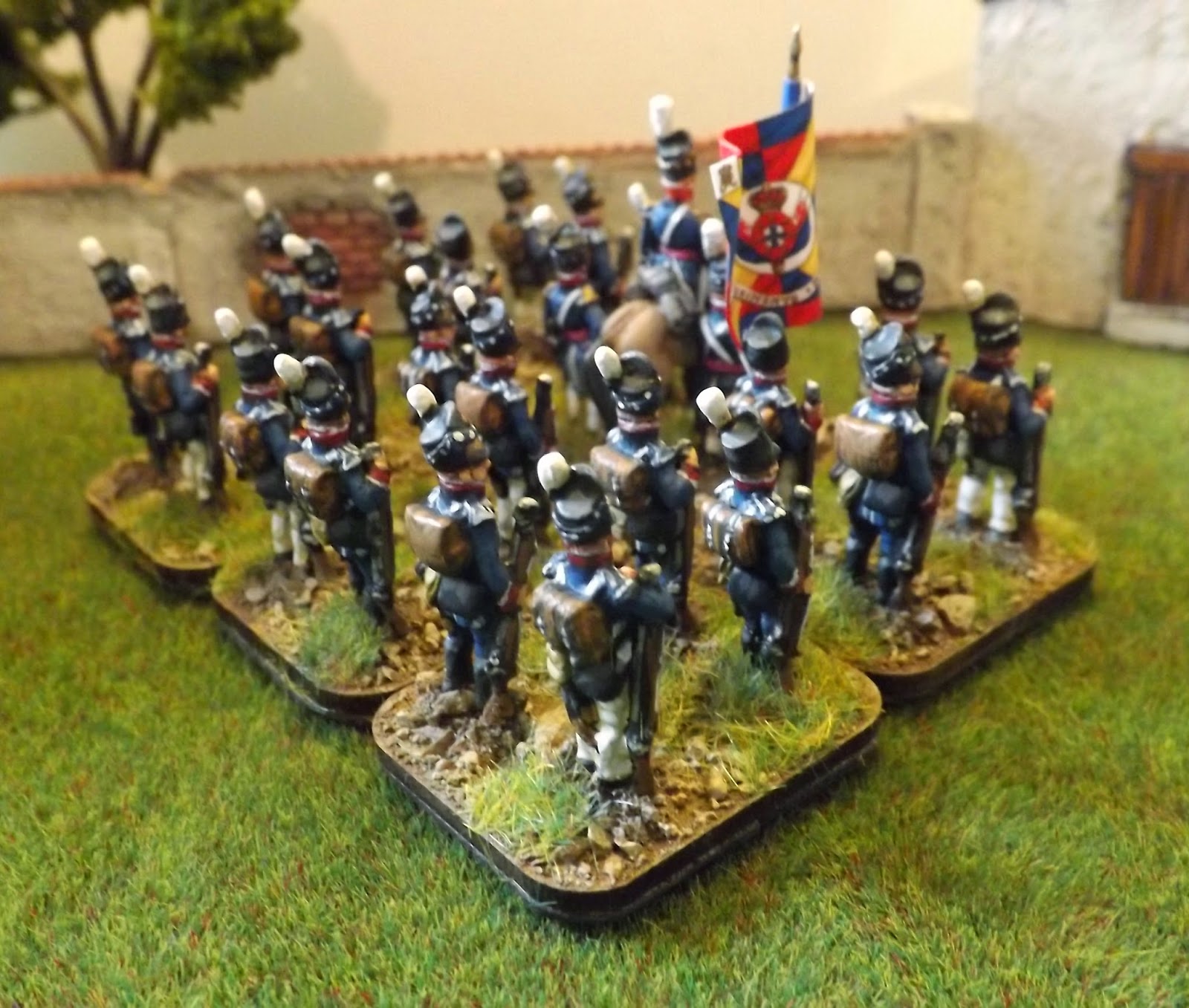 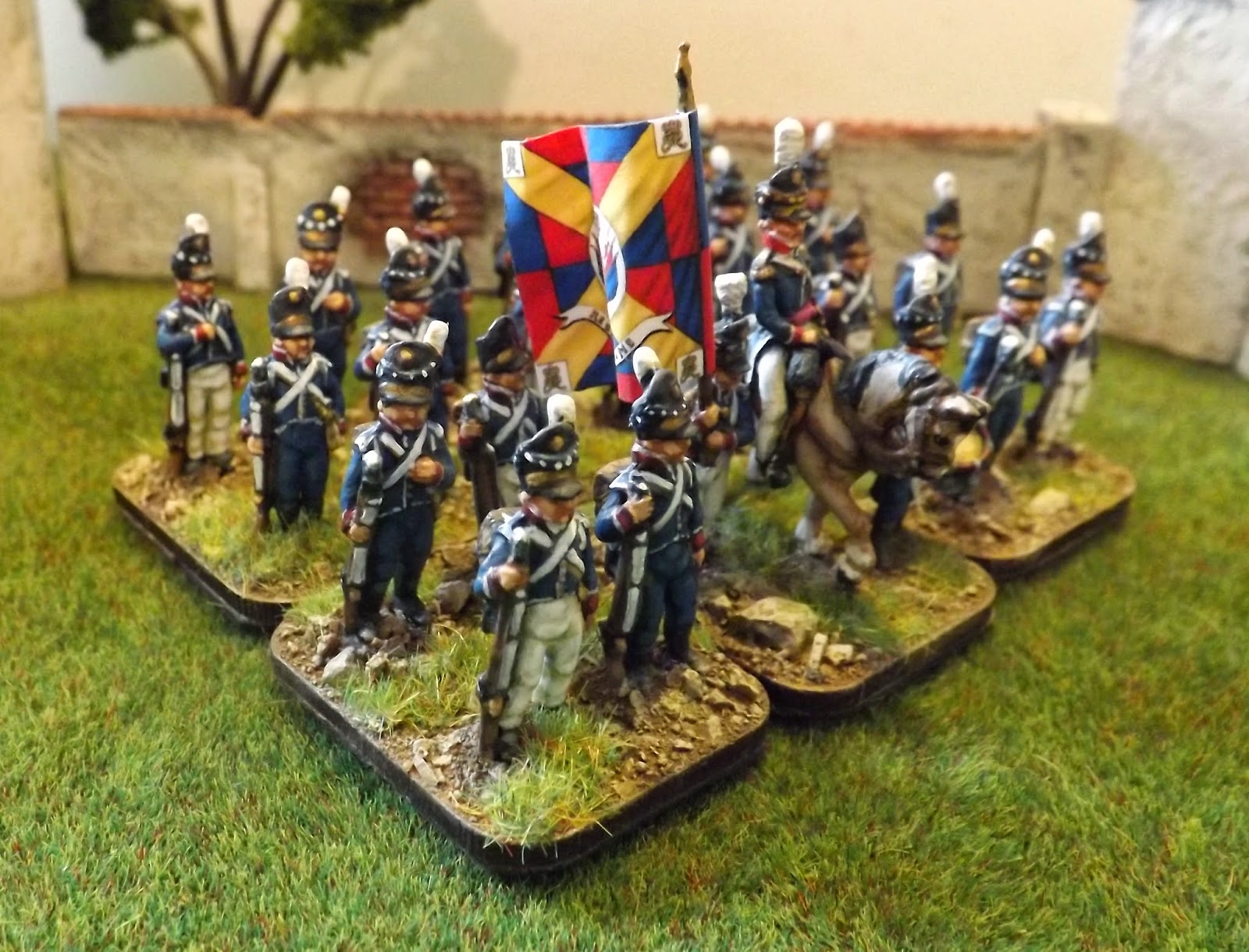 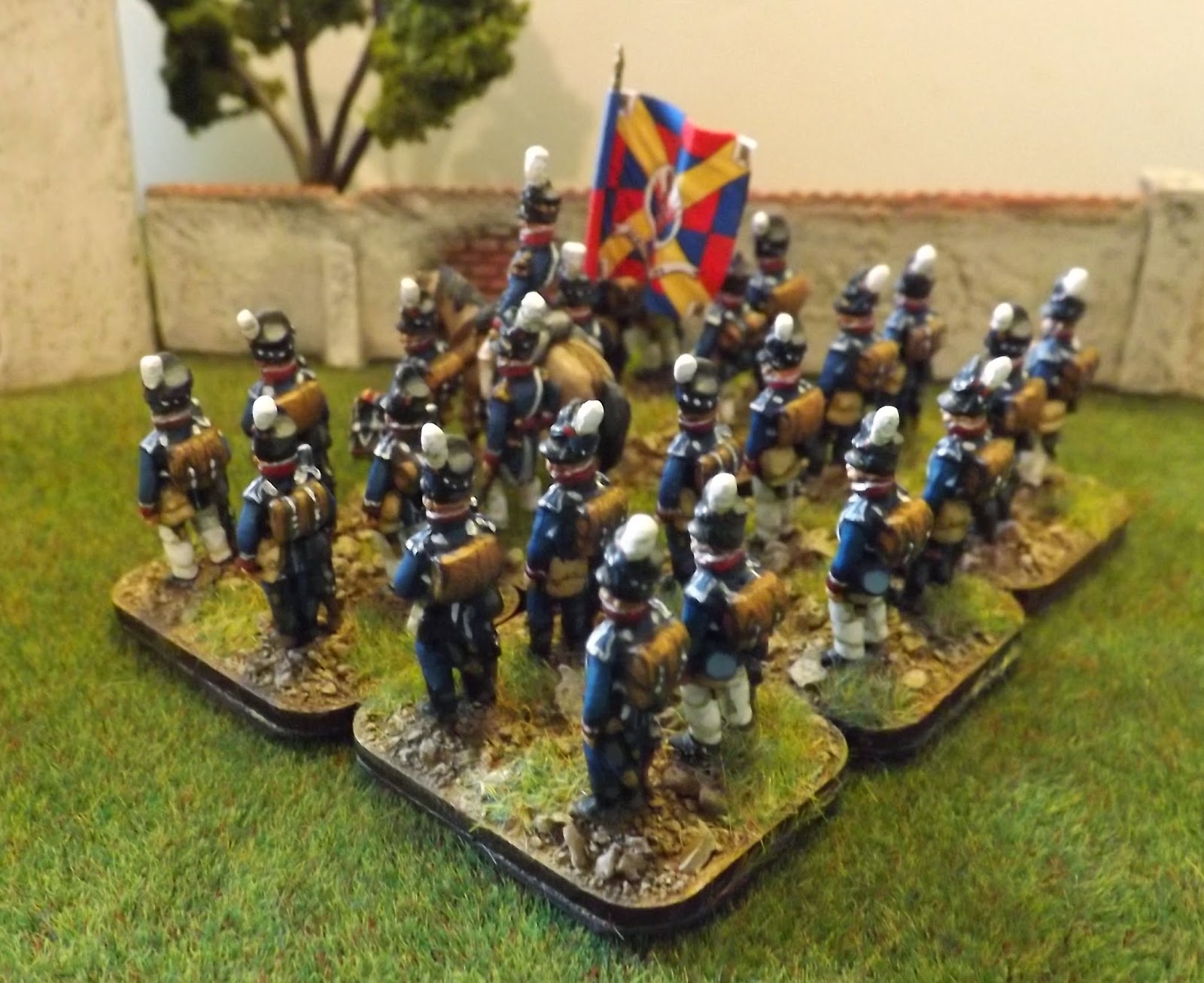