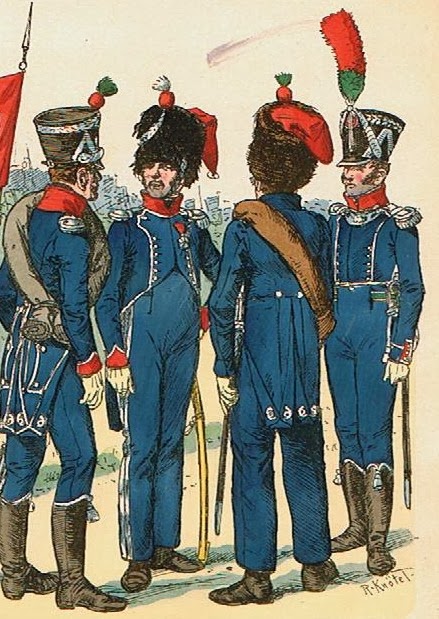 Ok, for those of you who are now thoroughly bored with Legere battalions on JJ's, the good news is I have now completed the final battalion of the eleven that Marshal Soult will have with him at Oporto. Thus the 2/17th Legere is now in the "tin" and enables me to turn my attention to Wellington's "Fighting Cocks" the Portuguese army units that have been trained to British methods by Marshal Beresford and now have a sprinkling of British officers in their ranks.

The final battalion carries the standard of the 17th Legere, the history for which is covered in my previous post. 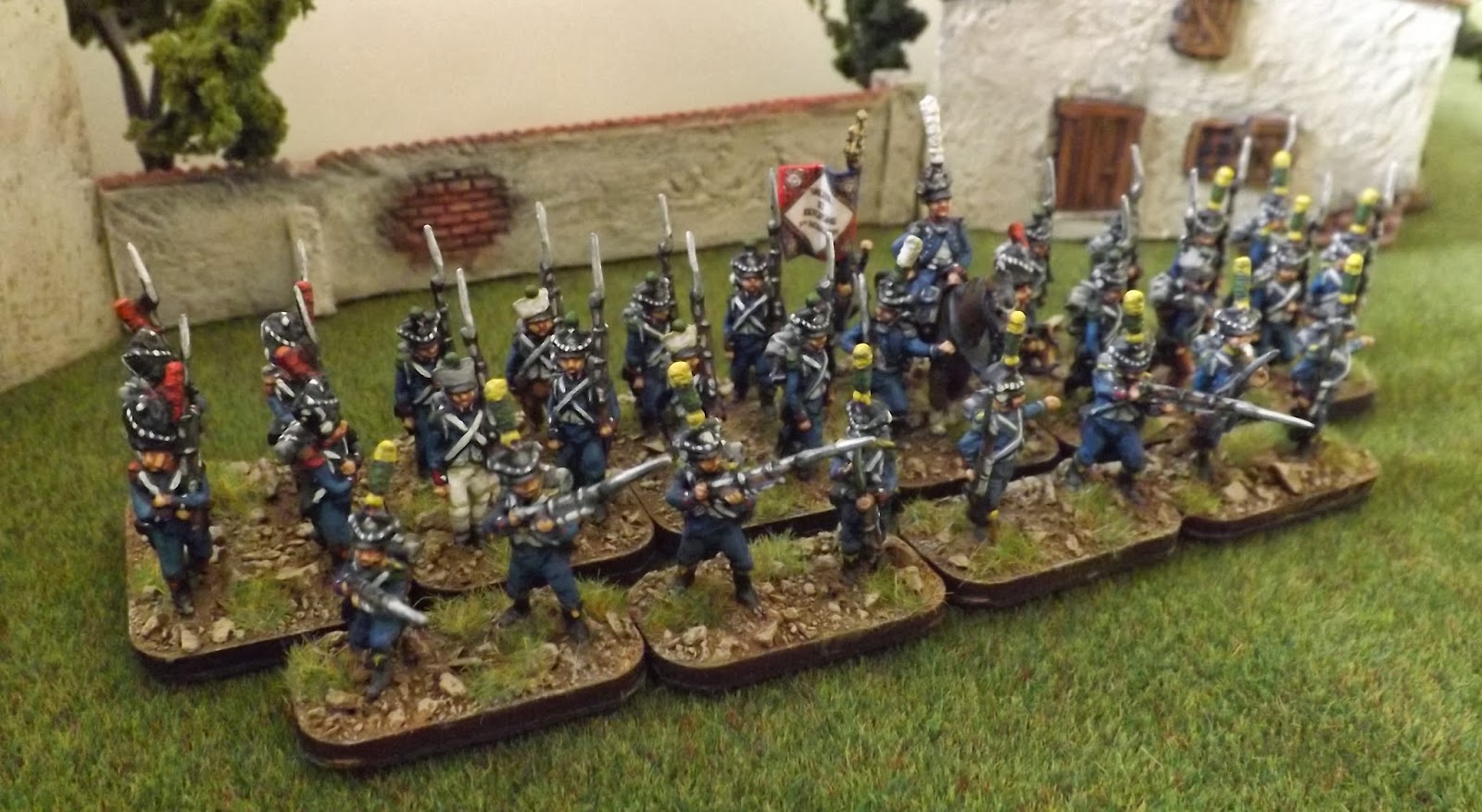 The battalion is composed of figures from the Xan range with a mounted colonel from AB and the standard is from GMB flags. 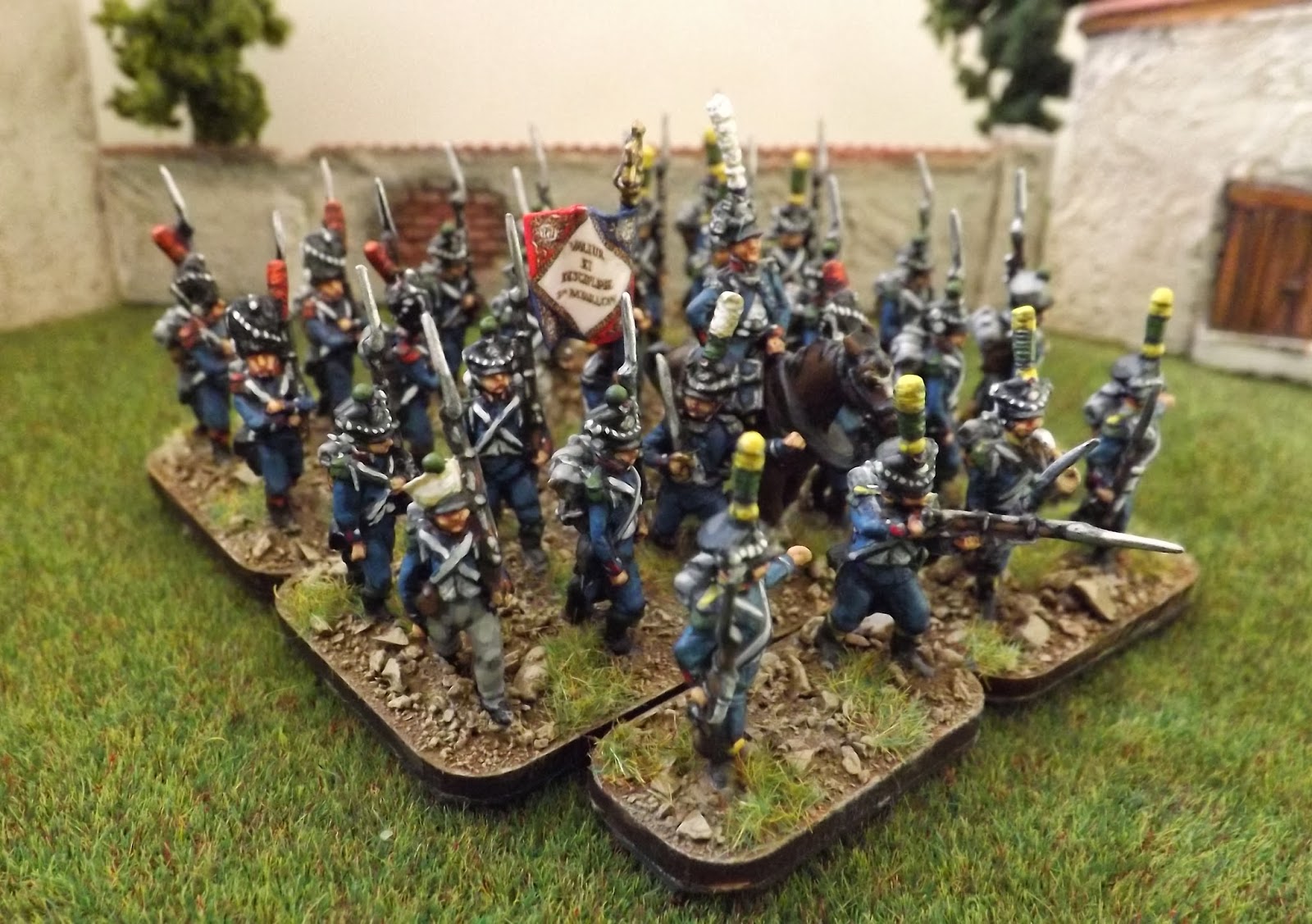 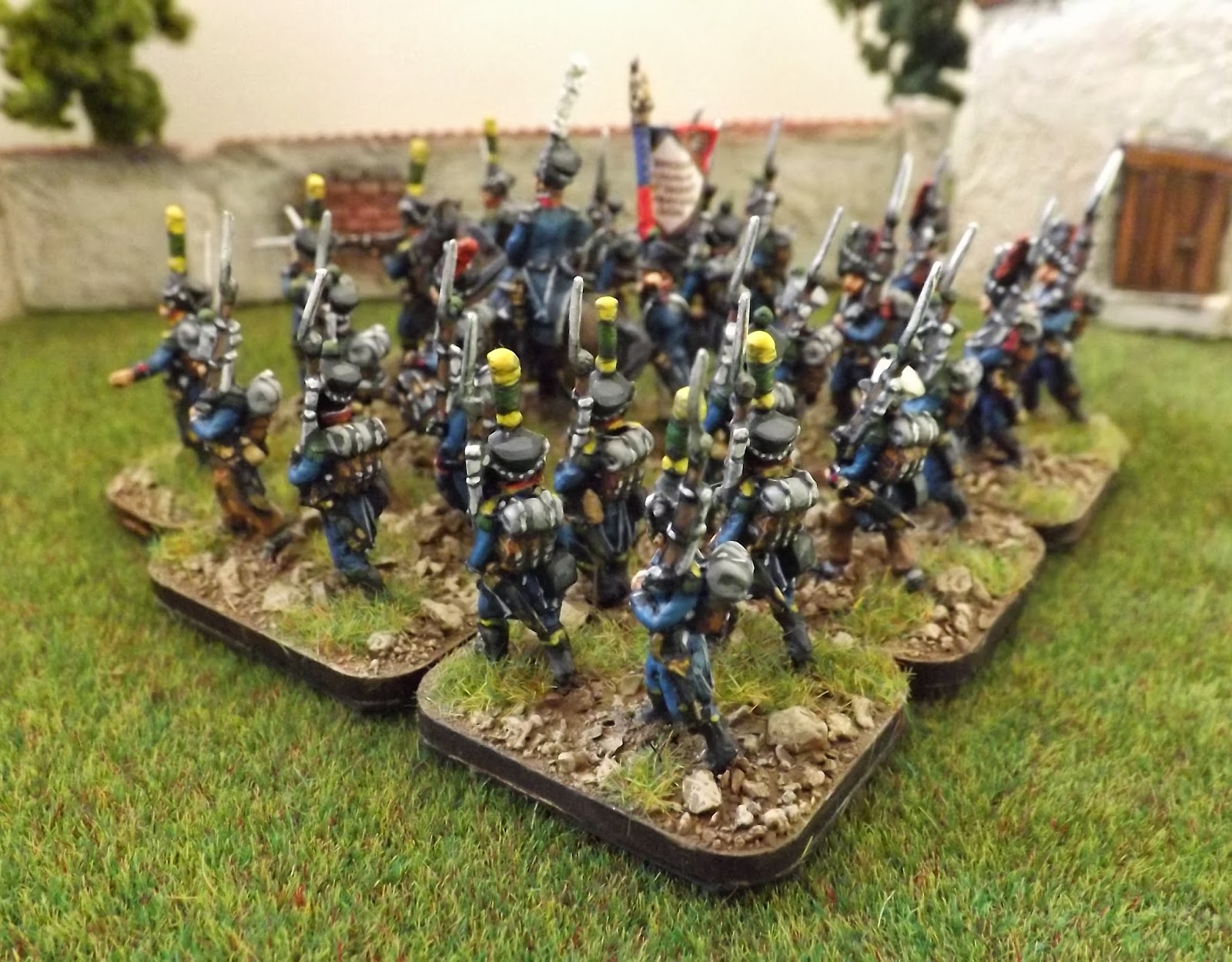 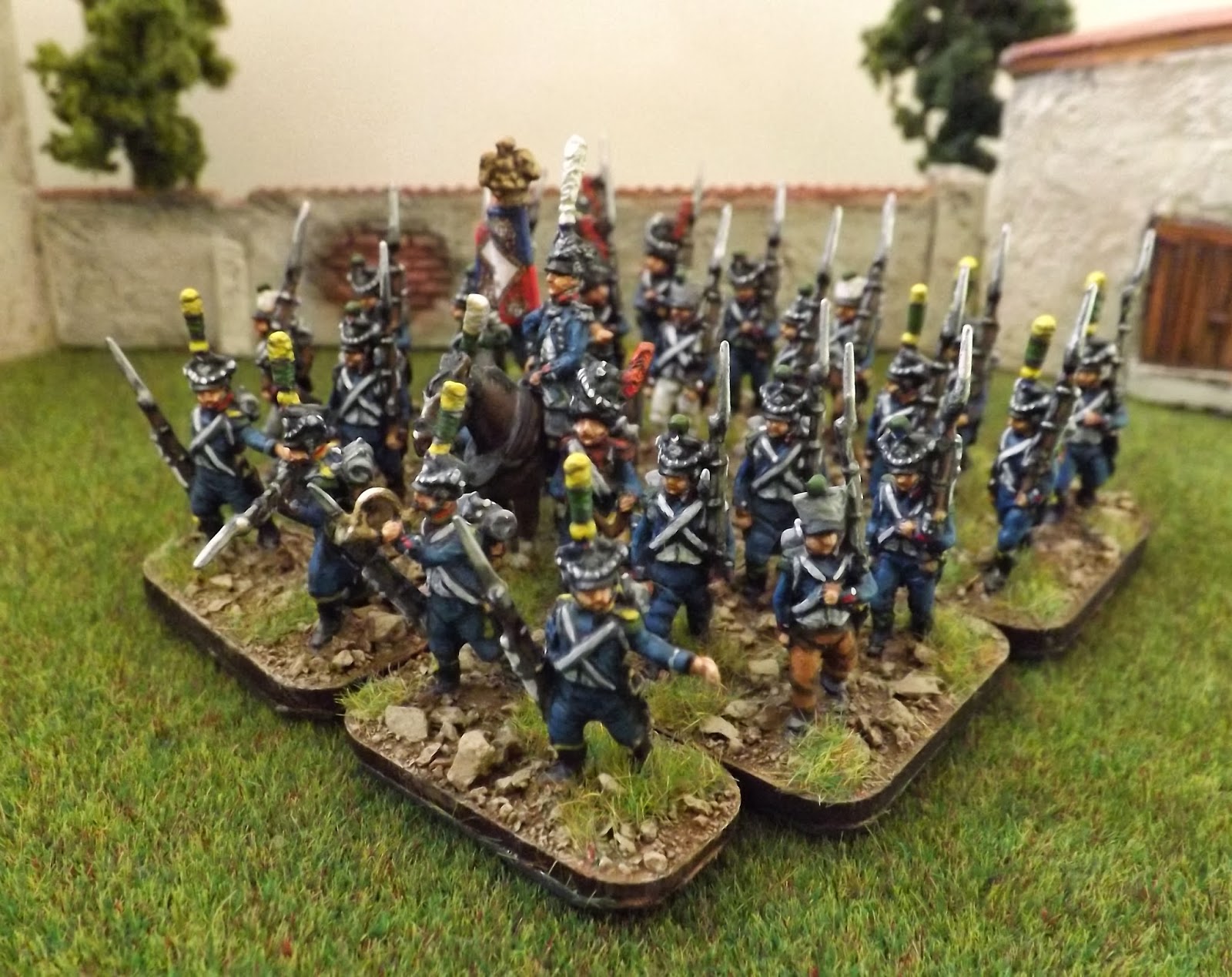 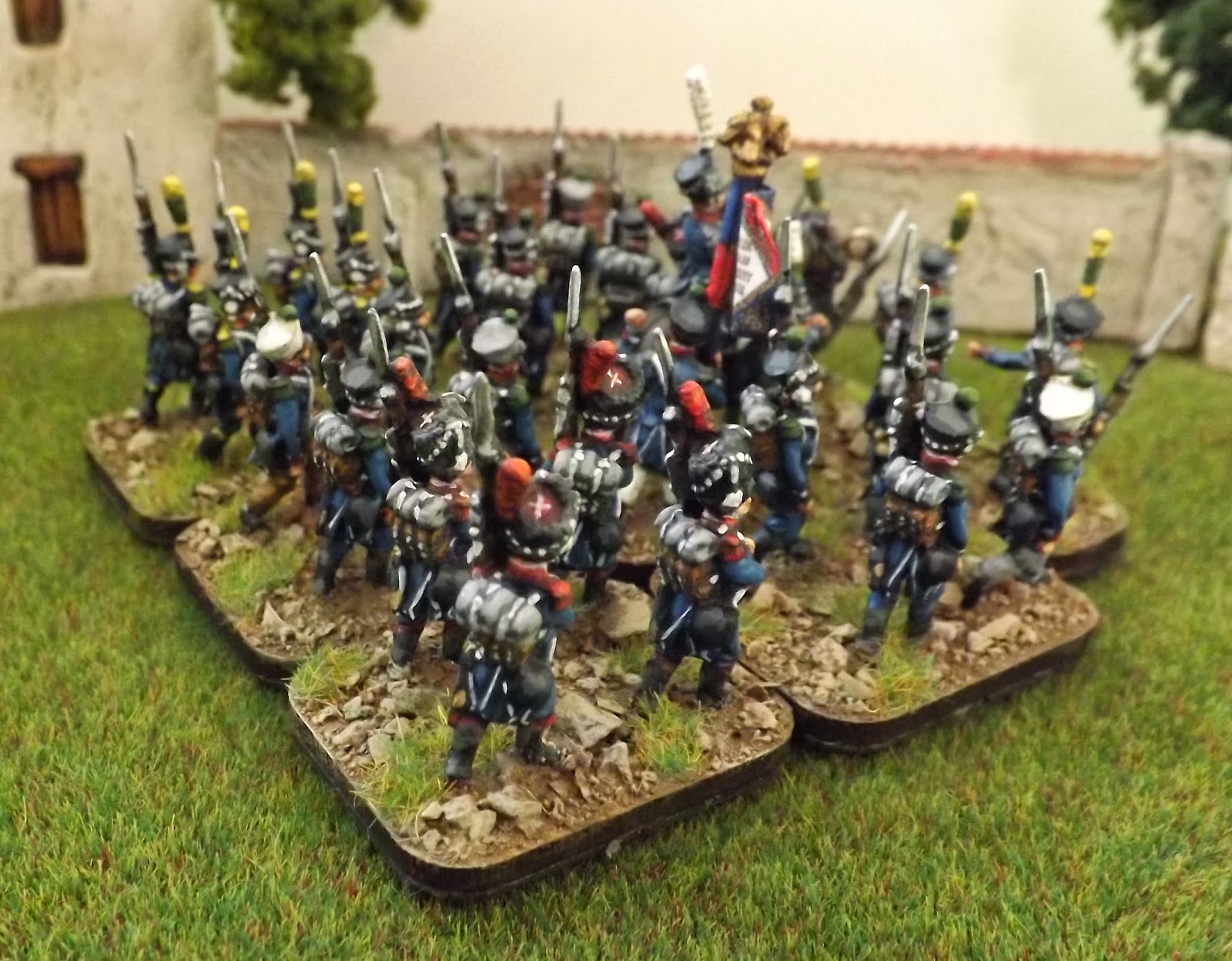 Now I do have some friends who doubt that new units are being created here and that its just pictures of the same one posed differently. I can almost here Steve pulling the lap top closer to compose his response.

So for those doubters out there I have put together a parade shot of Marshal Soult with four of his five new battalions ready to contest the crossing of the Douro. 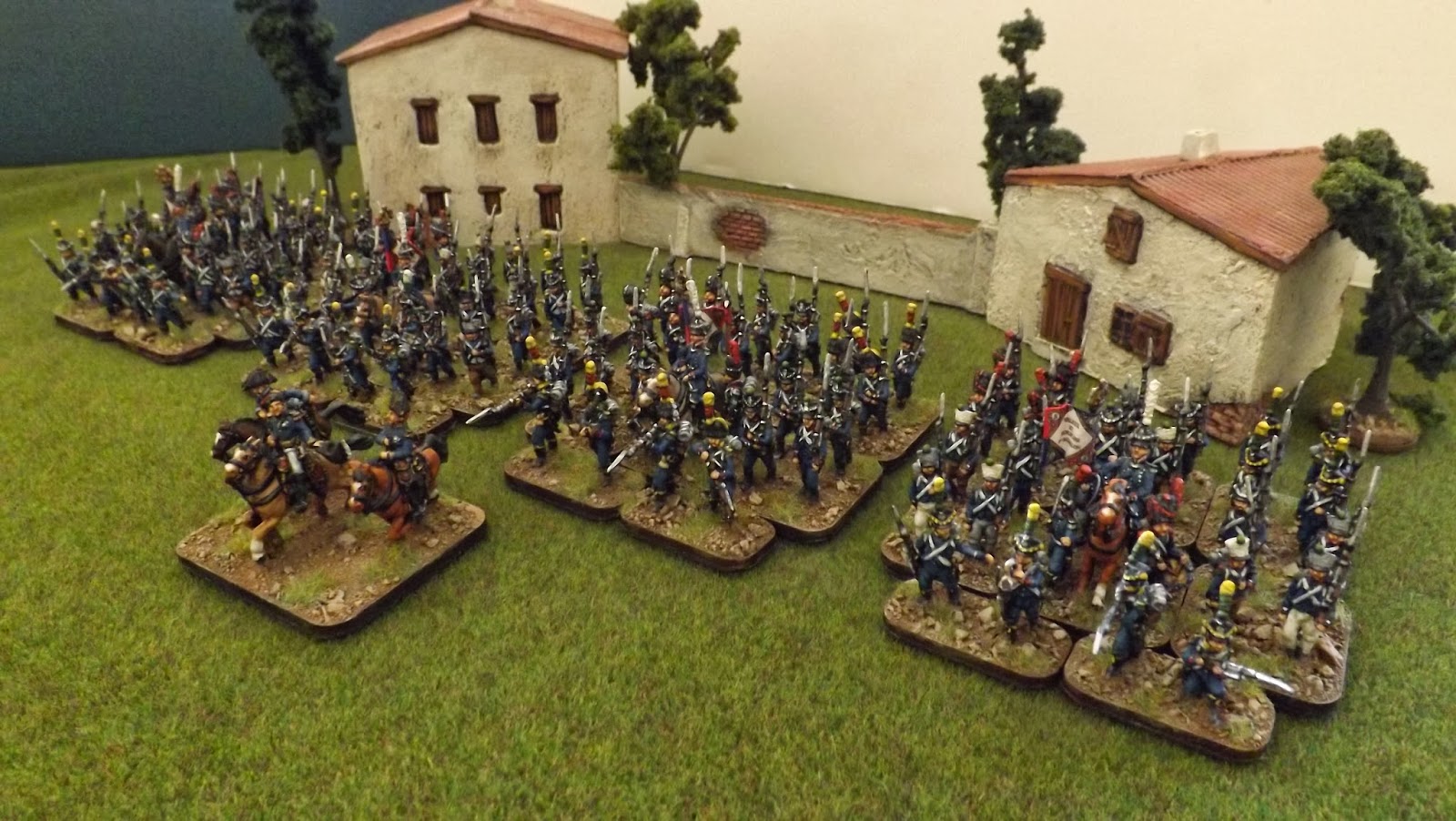 Speaking of the Douro, I now have a few weeks of "gardening leave" whilst I wait to start a new job in April and I thought it might be a good time to start putting together the terrain for this game. The river gorge at Oporto poses quite a few challenges and the first one has been to decide where to model the action. So I'll post my thoughts and record the other modelling challenges as I go. 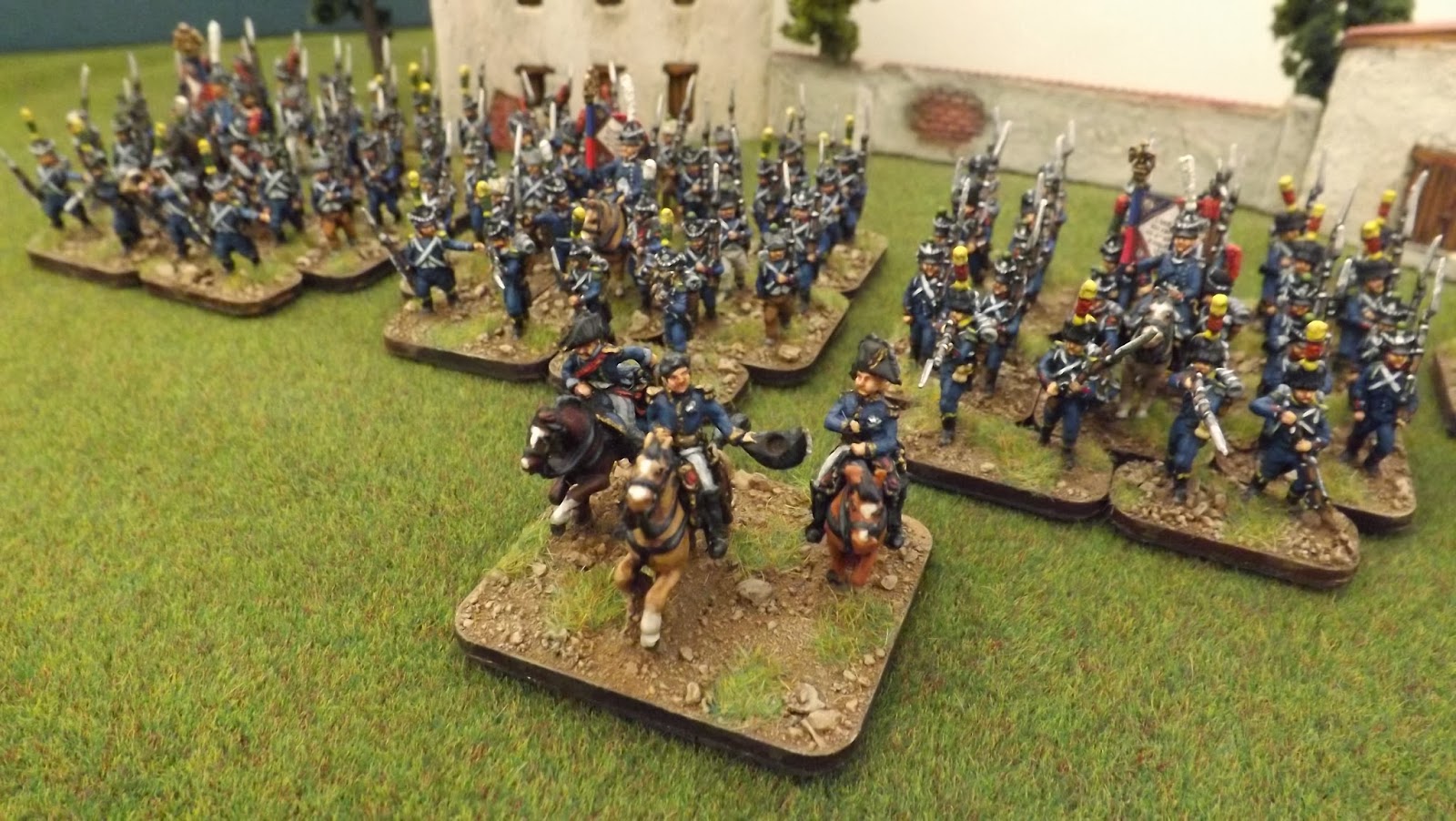 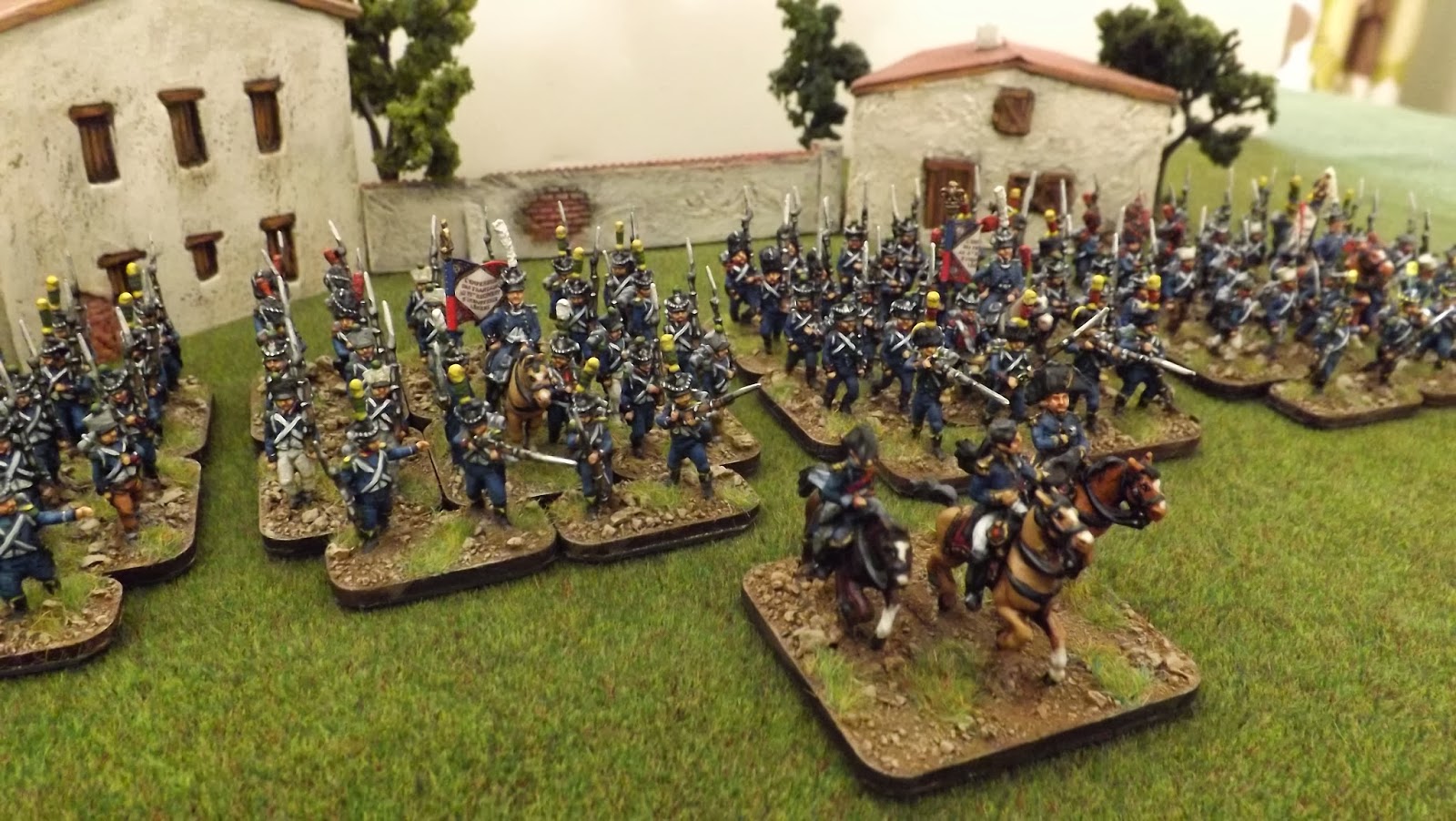 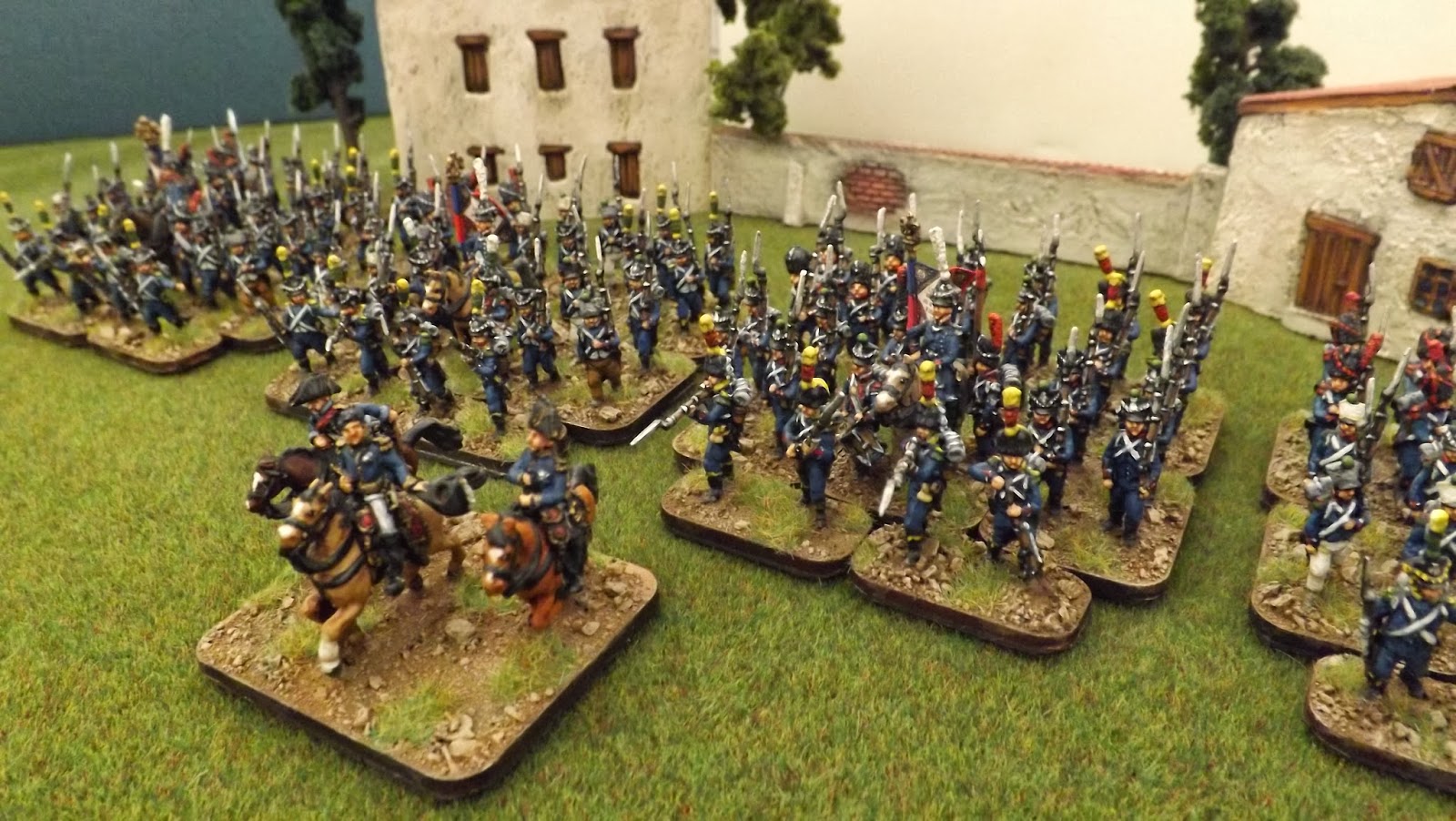 Next up, Hail Caesar painting practice, Oporto Scenario thoughts and Portuguese Infantry.
Posted by carojon at 02:02