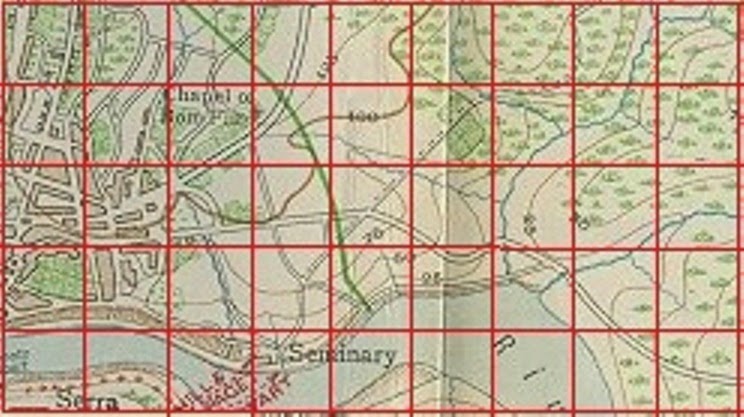 With my wife and younger son away in Bristol attending the interviews for medical school, I have the house to myself and am able to press on at my leisure.

So next stage was to secure the edges of the styrene with masking tape. Hopefully that will provide a level of protection to the boards when covered in PVA and filler. Then it was out with the hot wire to take the edge off some of the cliff tops and provide a more realistic sweep to the slope. 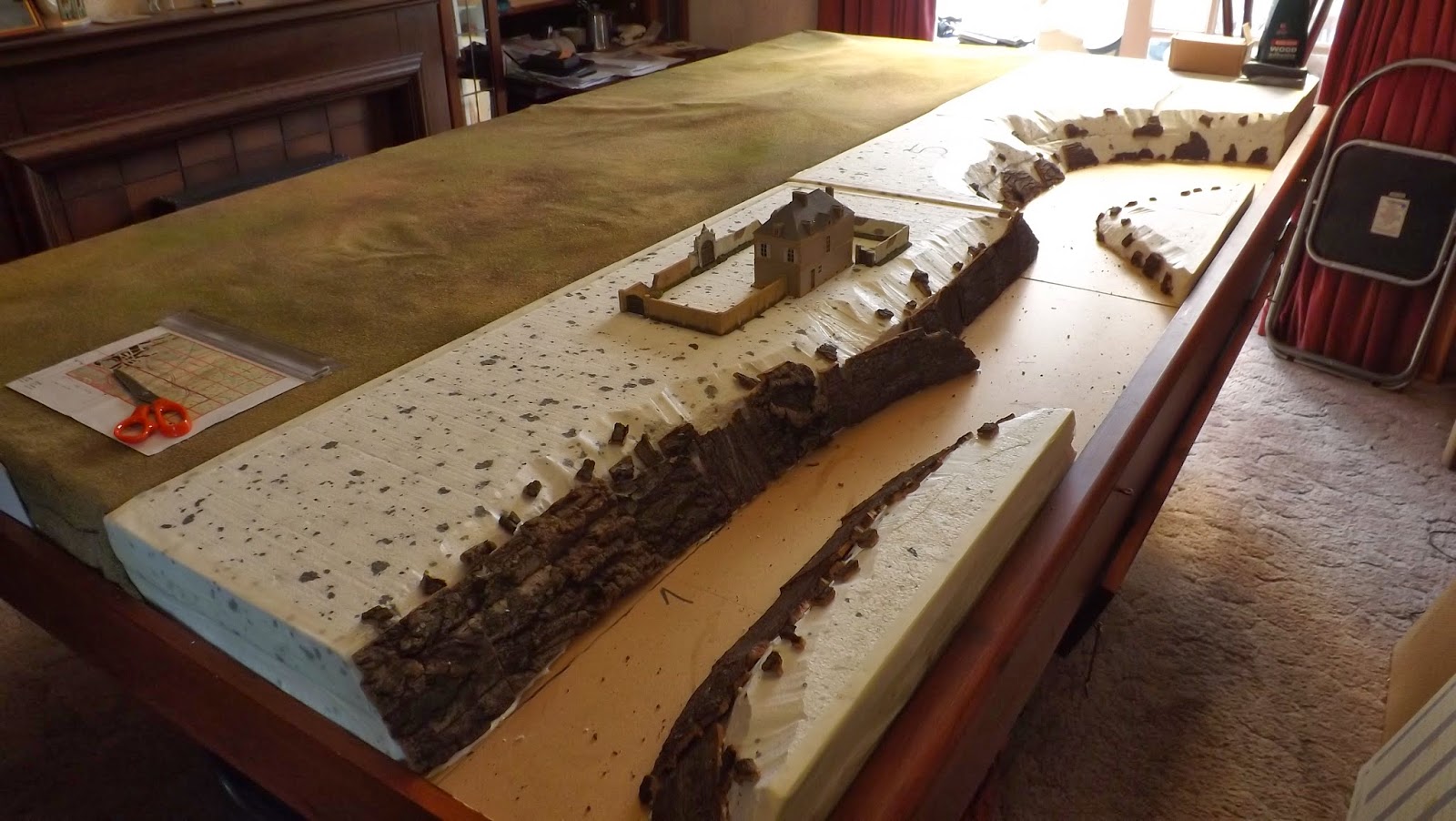 Next job was sculpting the rocks of the cliff sides. The rest of the bark showed up at 7.30am!! I reckon the Florist Supplier must be following the blog.

In an attempt to follow the map I have concentrated the rockiest cliffs along the Oporto town end of the gorge. Further up river Wellesley's cavalry patrols discovered a ford, and further on up still an operable ferry unguarded by the French. 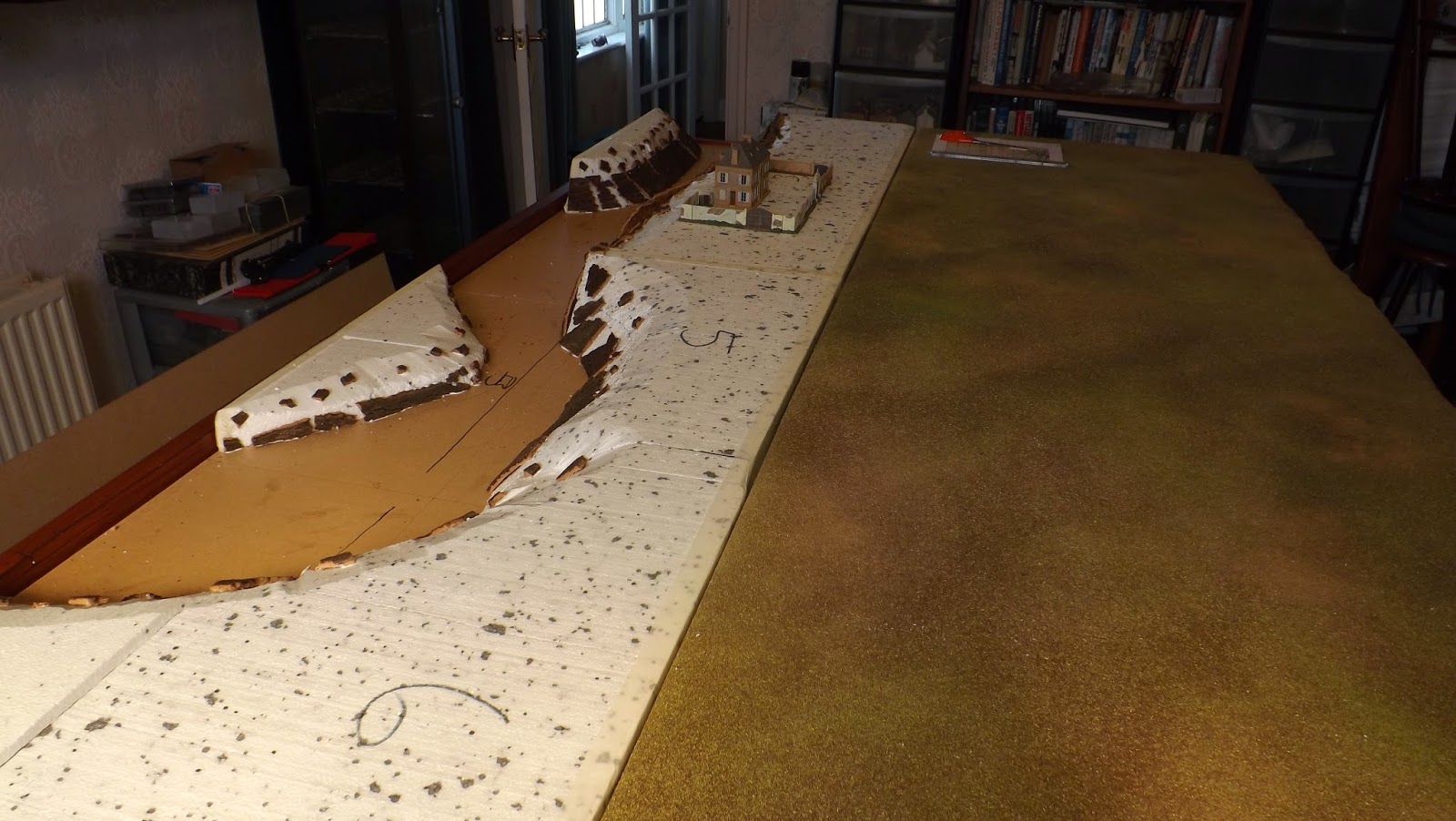 To reflect the more open nature of the country up river I have decided to model the slopes as less cliff like with scattered rocky out crops.

When trying to capture the look of the set up I find it helpful to throw a few buildings down on the table to get an eye for the ground scale. So on went the chateau, standing in for the seminary, with an appropriate outlying wall, for the defending British brigade.

In the first picture above, below the seminary you will see I have jutted the bark out into the river area. This is where I intend to apply the foam filler to help create a path to the top of the cliffs used by the British troops. 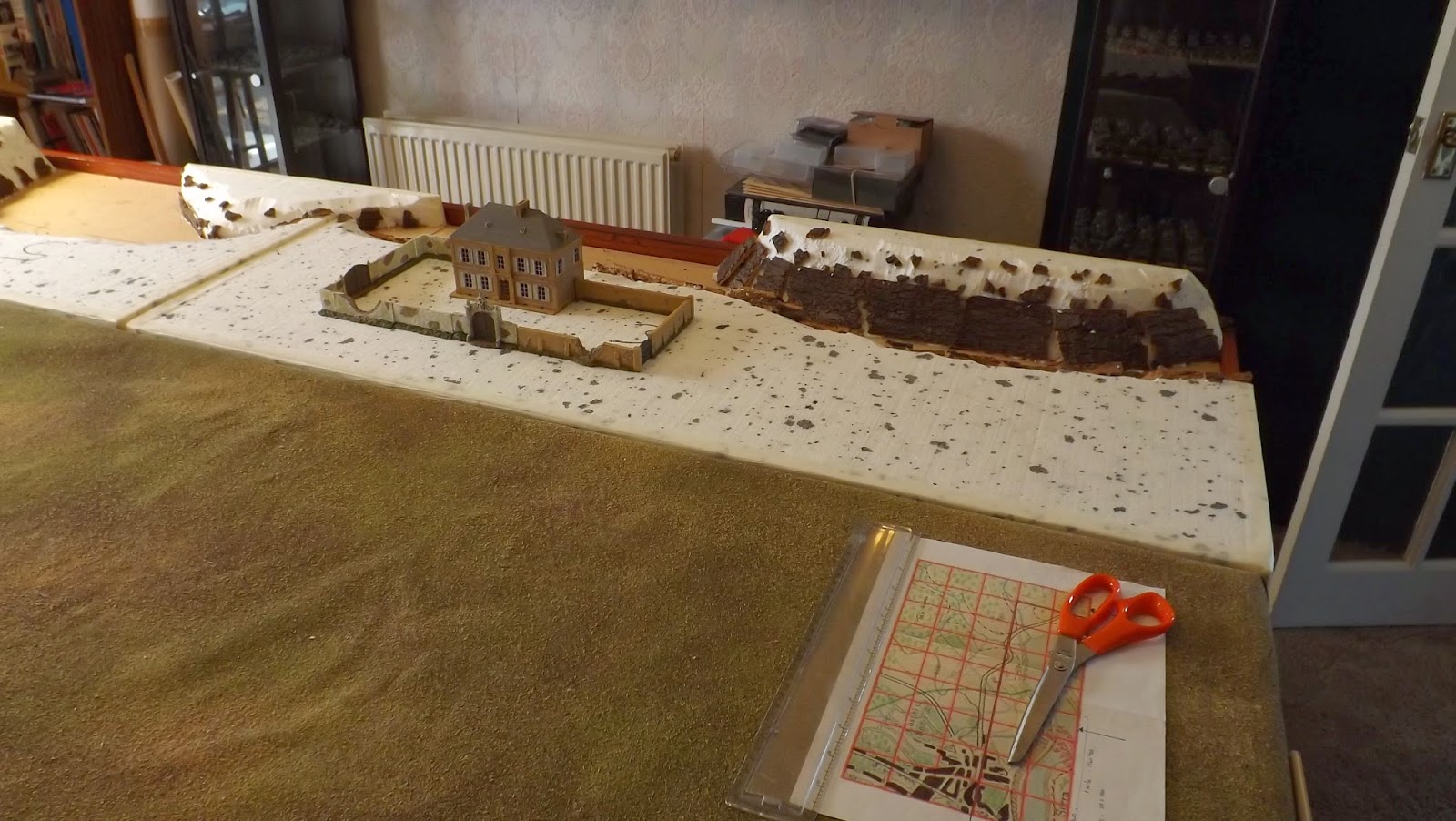 I was toying with the idea of scratch building a seminary building, but I think with a few period additions I might get away with the chateau, thoughts on a post card to JJ's blog if so inclined.

So I am now leaving the PVA to set firm under all that bark before putting in the expanding foam filler which will be next stage.

While this part is of the build is left to set, I can get back to the Portuguese infantry, There is something psychological going on as the thought of getting closer to getting the troops out to do a long awaited project seems to speed the painting. The mind is truly a thing of wonder.
Posted by carojon at 07:23