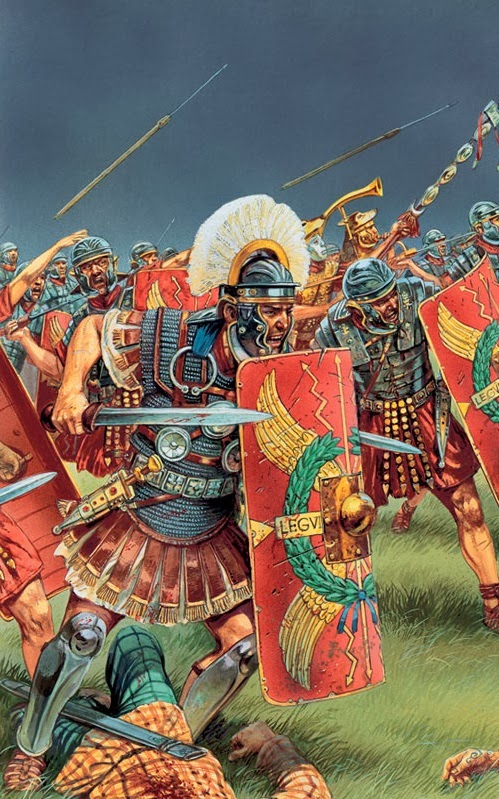 First thing to say is I really enjoyed this set of rules, in spite of my reservations. As part of a generation of players that was brought up on rules from the Pre-Games Workshop era I have come to view a lot of the works that have come out of that stable as leaning more towards the game side of the spectrum rather than the simulation. I was not a fan of WAB and its amazing horses that seemed to kill more enemy soldiers than the riders on their backs. So it was with some reservation that I approached my first game having bought the rule book and Dacian supplement on taking soundings from far more experienced ancient enthusiasts than me.

I can see why some former WRG players might have reservations on this particular set of rules and the Black Powder ethos of being able to have a pre-curry game with your mates is obvious to see in the relaxed style they are written in with an obvious invitation to adopt, adapt and improve with house rules. The movement capabilities for instance are very imprecise, deliberately so, and in my mind to no great detriment to the game. That being said there are some clever mechanisms that seem to capture the remorseless slog of an ancient hand to hand melee where it gets up close and personal and the ability to tailor rule additions to model specific characteristics of a particular army are there and seem to work very well.

The sequence of play is very logical with play alternating from side A to side B starting with commands to divisions and units, ranged attacks and lastly hand to hand combat. All very easy to get into after a few moves. A level of friction is built into this process by not being sure exactly what your force will be able to do in its turn and with an optional extra of blunder moves being possible with extreme die rolls producing unforeseen effects to a force in its attempt to move.

Casualties are recorded using markers or small dice in our game, with no requirement to remove figures. This facilitates multiple figure bases to be used, both two key factors that are a preference of mine.

The game play is simple and straight forward, not simplistic and there do not seem to be any strange fantasy factors that I mentioned previously, which was very reassuring.

On the downside for me is the use of an IgoUgo sequence that seems to me to be a rather tired mechanistic process. I think the case for moving away from this approach to a more initiative driven sequence which can change from move to move as one side gains the upper hand is a more intuitive way of simulating the ebb and flow of how battles seem to work in reality.

The other issue for me that affects a lot of rules, not just these, is the lack of fatigue effects on the units over time. This probably comes from my computer rules usage, but I really do miss the effects of movement and combat wearing down the will and ability of units to keep fighting. This is not easy to model in paper based rule sets without, it seems, rather cumbersome recording methods. 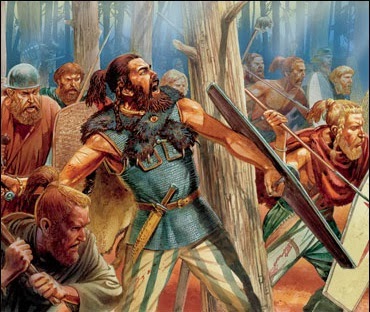 If there was something that I would really want to change, it is the roll to hit, roll to save methodology of the combat process. I do think it is tiresome to have to roll multiple dice to establish casualties from hits and saves. Why couldn't you just have a casualty table that had the save effects already built in to the roll to hit calculation? If you included a morale result with the casualty result as well the game would move along at a much better pace. That is probably the "Lardy" in me coming to the fore.

With the Lardies rules in mind the straightforward structure of Hail Caesar does allow you to focus on the period rather than the rules and as the Roman commander I was quickly able to concentrate on using my Legionaries to their best in the face of wild barbarian attacks without having to spend too much time thinking about the special rules involved and the die roll factors were quickly mastered.

My final small point is, and I know this has been mentioned by other commentators but still merits a comment, please, please, pretty please can all rule sets have an index included for quick reference. It really does wind one up when you have to resort to flicking through pages to find the reference you need, grrrr!

I very much enjoyed playing Hail Caesar and would definitely play them again. Whether they turn out to be my turn to Ancient Rule set remains to be seen. I intend to have another play through of Crusader Ancient rules Crusader Miniatures . I have also printed out a copy of The Die is Cast Ancient Rules to try out,  and to test the Computer option I have ordered up a copy of "Macedon, Rome and Hellas" from Computer Strategies, courtesy of Magister Militum

We were playing in 15mm yesterday and I found myself picturing the 28mm Warlord figures on the table battling among the trees in desperation. Resist, resist, one project at a time!

Next up progess on the Oporto table build and Portuguese Line Infantry.