The story of the Rey Cavalry Regiment's involvement in the Peninsular War starts before the war had begun, when in May 1807 it was part of a picked formation of the best troops Spain had to offer her ally at the time. This Spanish division was under the command of Pedro Cara, 3rd Marquis of La Romana and was destined to join an allied force assembled in Hamburg to lay siege to the Swedish garrison of Strausland.

It was whilst the contingent was in Hamburg that the Suhr brothers produced their famous pictures of the various Spanish units, including the Rey Regiment

In the year that passed with their movement to Northern Germany and later into Denmark, the relationship between Spain and France changed from allies to mortal enemies with the rising in Madrid in May 1808.  In what reads like a Bernard Cornwell novel, the Spanish contingent were spirited away from their former allies, by the Royal Navy, when it had been confirmed that the troops wished to be returned to Spain, to join the war in ridding their country of Napoleon and his imposed regime. 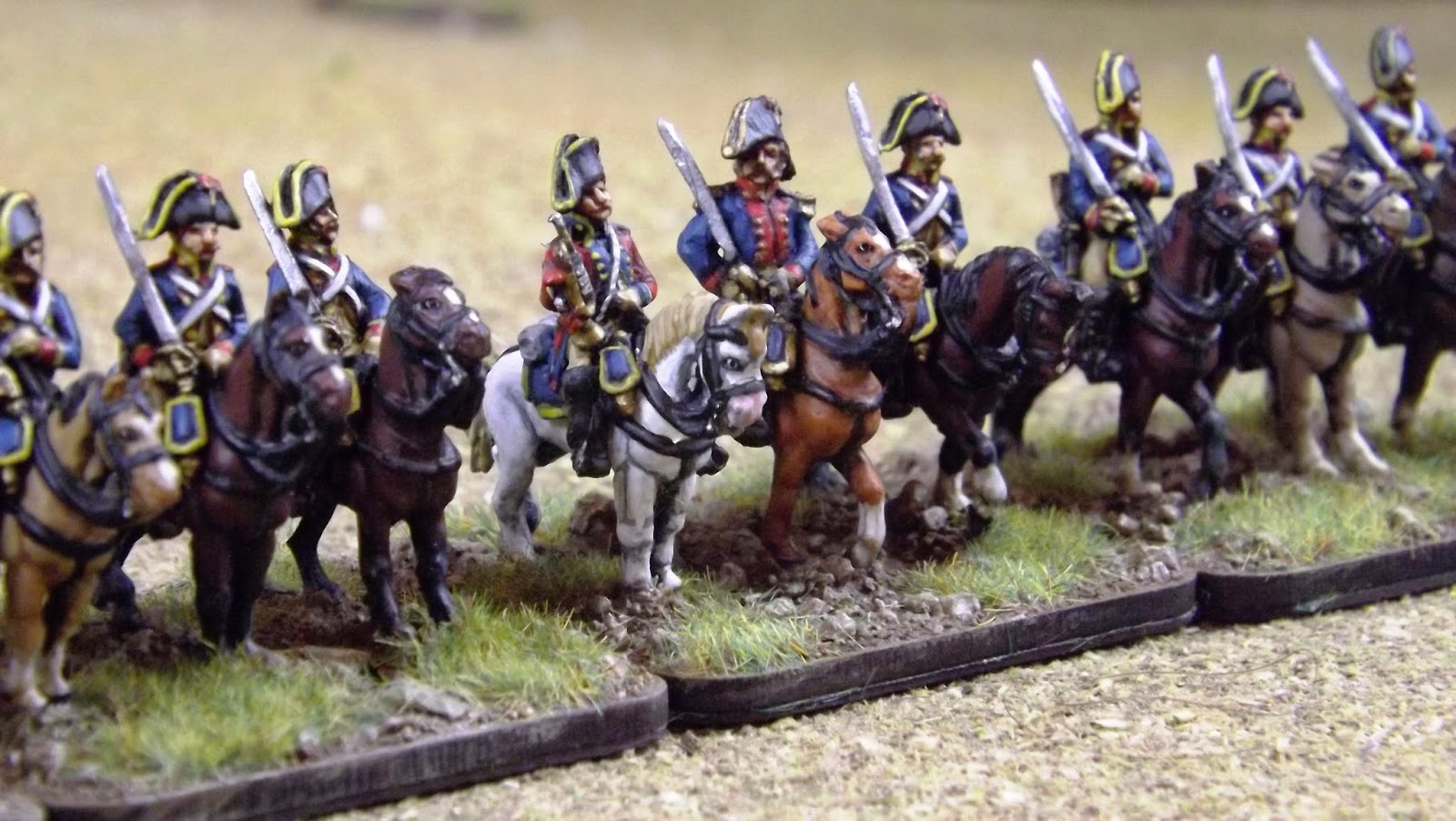 La Romana's Division was landed at Santander on the 11th October 1808, where the infantry immediately marched to join the Army of Galicia as its new 5th Division, whilst the cavalry headed down to Estremadura to gather new horses. 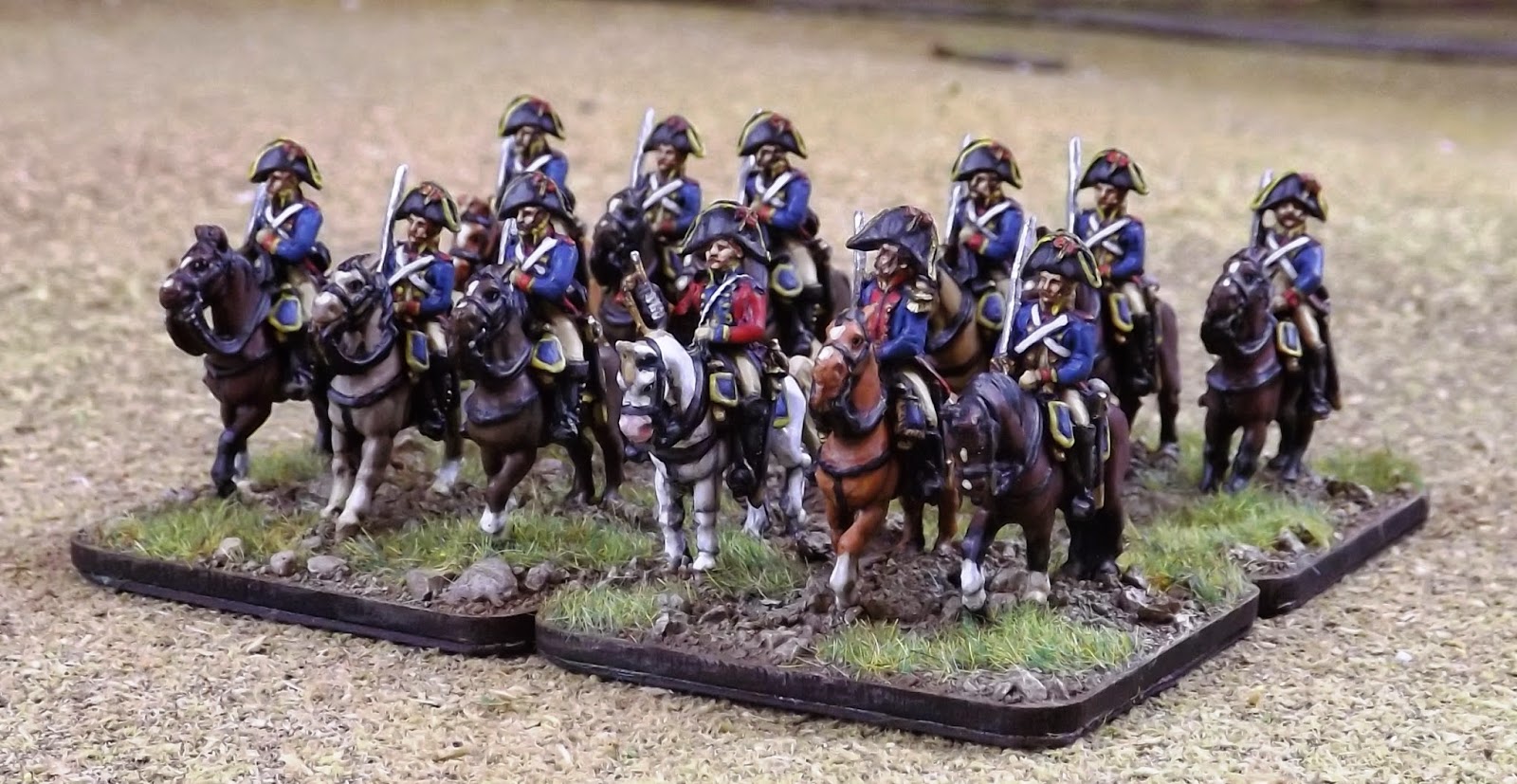 On the 28th March the Rey are shown as part of Cuesta's army at Medellin alongside their cavalry colleagues from La Romana's Division, the Infante and Almanza regiments. With a total strength of around 3,200 cavalry between eight regiments and an average of 400 men a piece, it seems likely that the Rey regiment were back up to strength. The battle was not one of the Spanish cavalry's best days and with 8,000 casualties and 2,000 prisoners lost to Marshal Victor's French army, they and the rest of Cuesta's force found themselves outside Badajoz looking to rebuild and prepare to advance with the British under Wellesley. 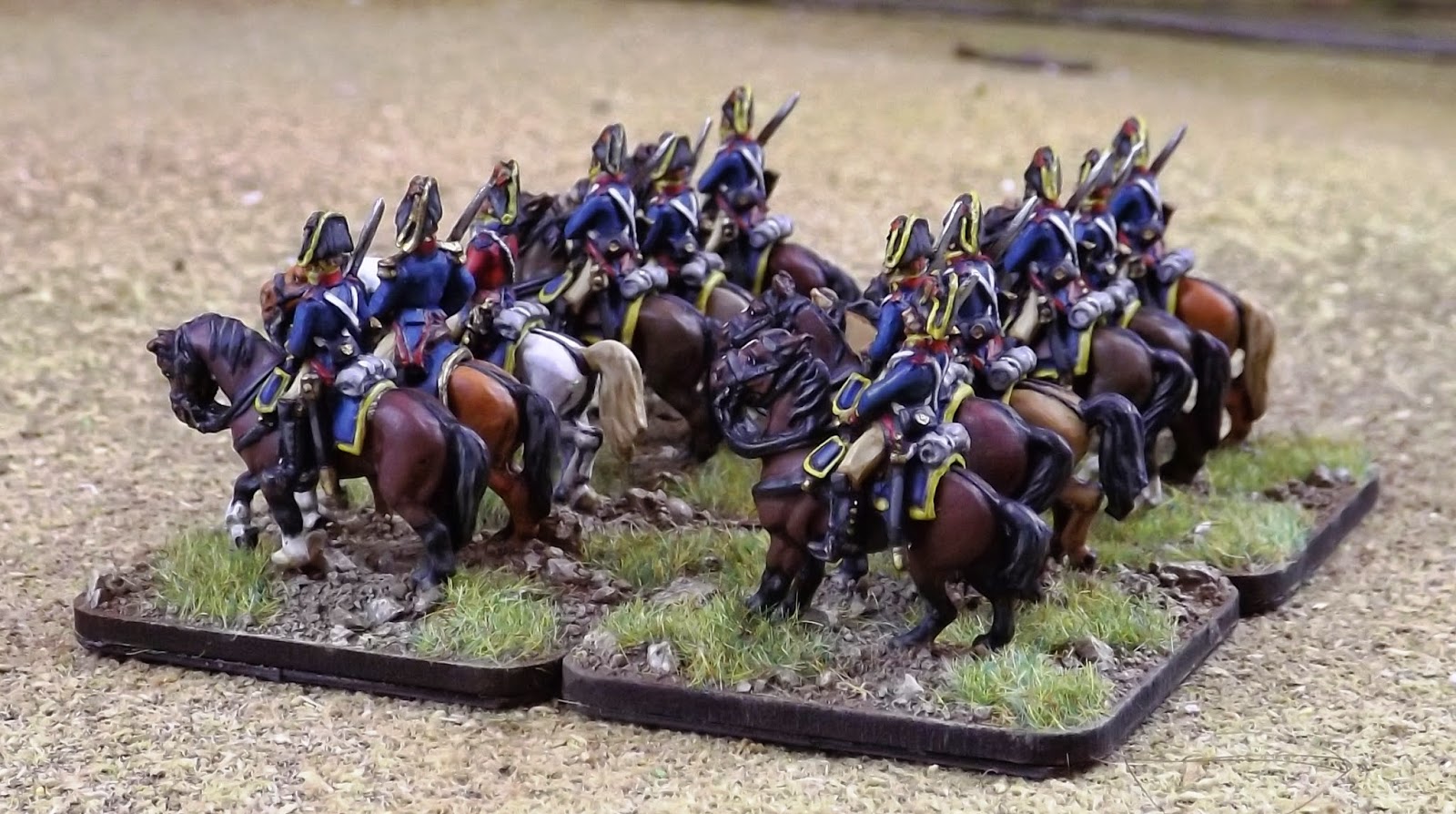 It was at the forthcoming battle of Talavera that the Rey regiment was able to retrieve some of the lost reputation that Spanish cavalry had drawn to itself with its numerous failures; causing it to be distrusted by its own infantry and British allies alike.

Under the command of Lieutenant General, The Duke of Albuquerque and in support of General Portago's 3rd Infantry Division, the regiment with a reported strength of 3 officers and 348 men (Spanish sources, WSS Magazine - not sure the number of officers looks right!), led by Colonel Don Jose Maria de Lastra managed to take advantage of the heavy fire that greeted the German troops of General Laval as they made their second attempt to take the redoubt at the Pajar de Vergara. The German troops had fallen into disorder from the fire they received and the charge by the Rey regiment hit the Hessian and Frankfurt battalions in the flank as they tried to regain their composure. 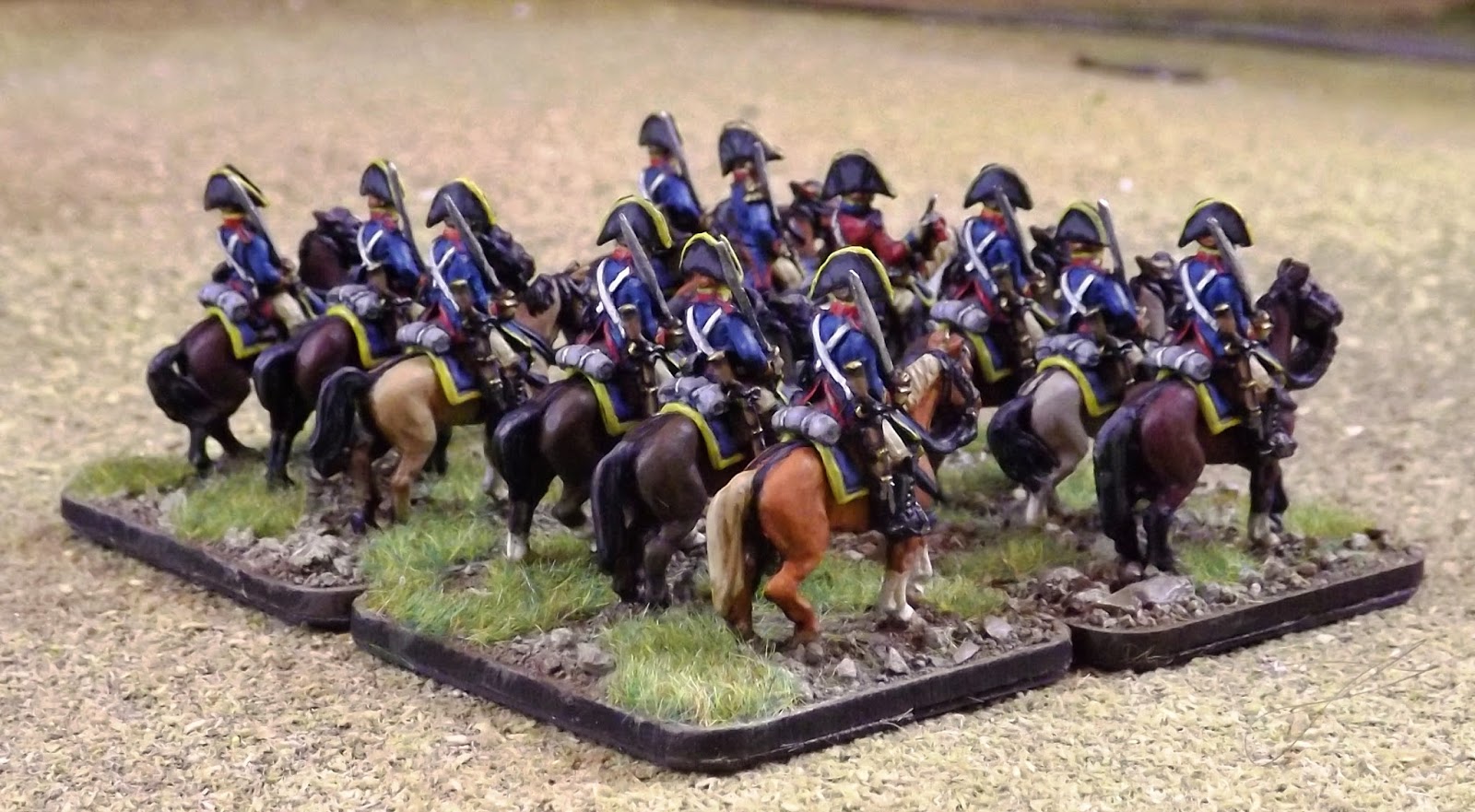 Colonel de Lastra was wounded in the charge, and his lead was taken over by Lieutenant Colonel Rafael Valparda, as the charge rapidly broke the forward momentum of General Leval's division and compelled it to withdraw for a second time.

The after report by General Cuesta about the action makes vivid reading
"......Captain Don Francisco de Sierra gained much distinction by taking a cannon while vanquishing its defenders; Ensign Don Pablo Cataneo, of 16 years of age, slew four Frenchmen, and all officers and men of the regiment manifested proof of its valour and discipline."

Andrew Field, in his account of the charge, states that
"The Hessians and Frankfurters were ordered into square. However, they were unable to do this before they were successfully charged by the Regimento del Rey (the King's Regiment), who sabred many (before they managed to fall back to the relative safety amongst the olive trees)........the Spanish cavalry also managed to overrun a battery of artillery that was struggling to move up in support of the infantry attack. Four guns, three from the Baden battery and one from the Hesse Darmstadt battery, were captured and dragged back to the redoubt by Lieutenant Piniero. In this charge the Frankfurt battalion lost an officer and thirteen men killed, and five officers, including the commanding officer, Lieutenant Colonel Welsch and sixty four men wounded." 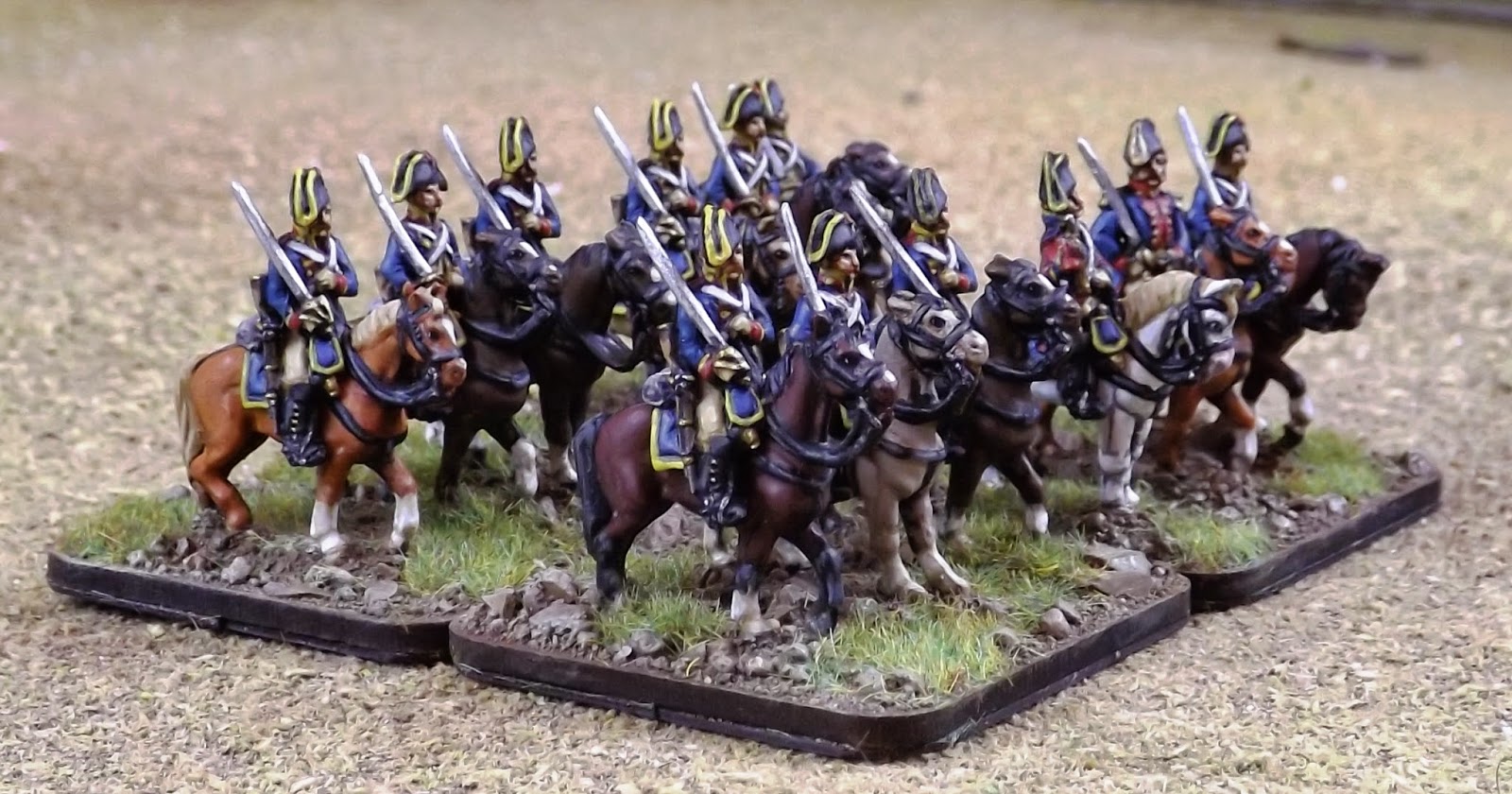 My Regimento del Rey are composed of the excellent Spanish cavalry from AB, and the unit completes the Spanish force detailed to support the artillery position at the Pajar de Vergara.

Next up, pictures of General Portago and his force as a whole and then a few Spanish skirmishers, casualties and the gunners that manned the Pajar redoubt.