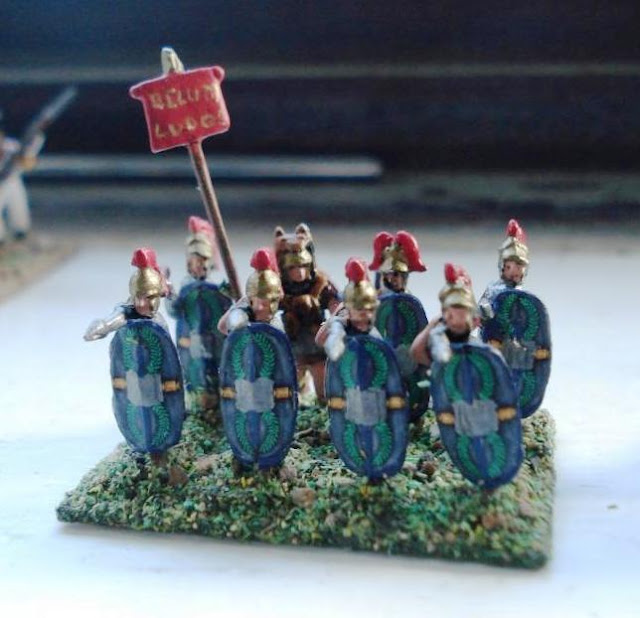 As a follow up to the play-test of Augustus to Aurelian, Mr Steve and myself ran this weekend at the DWG, I thought you might be amused to see the lengths we here on JJ's Wargames will go to to add just those extra touches of detail that just make the games we play and report on that bit more special.

Mr Steve went the extra mile to get these 15mm legionary command stands ready for the game and dug out his "fly's eyelash" detailing brush to add the Latin script to his standards. Frankly I am amazed considering his age and declining eyesight that he managed this degree of detail, but here on JJ's we like to encourage having fun with the brush and the extra touches that bring a period to life. 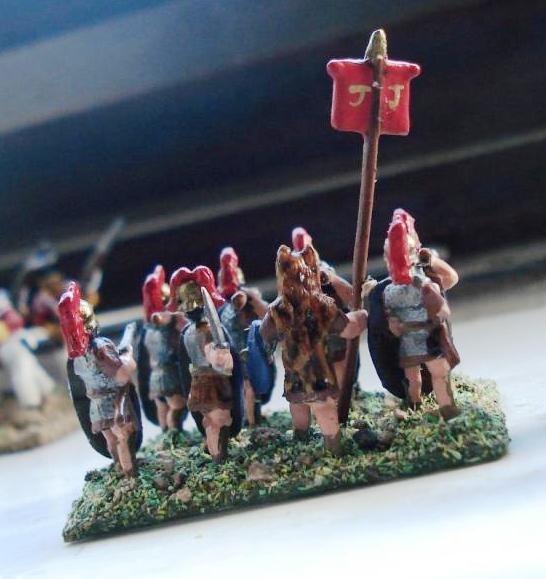 I'll leave it to you Latin scholars to decipher, but I am reliably informed that these are two of the earliest Legions to appear on the Republican order of battle. 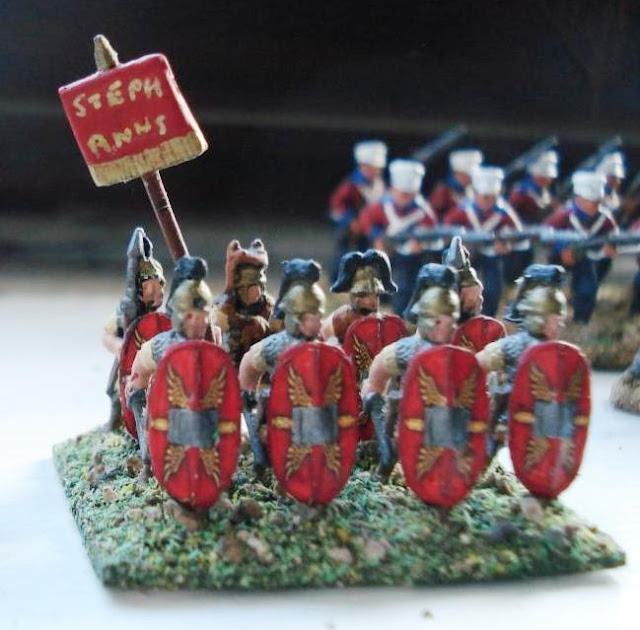 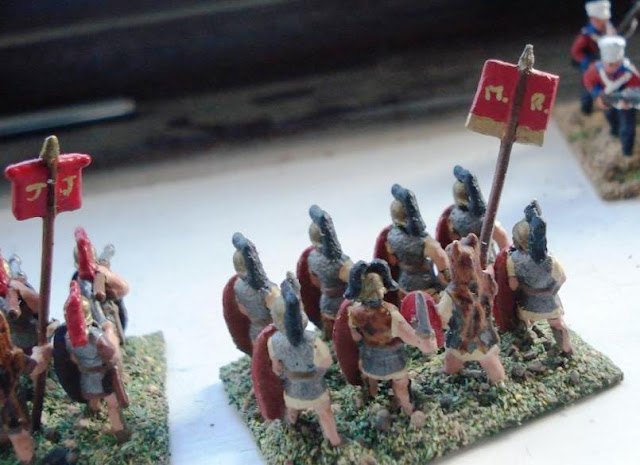 The new standards obviously had a positive effect on the Romans, if the way they ripped on in amongst the Germans is anything to go by. Nice one Steve.
Posted by carojon at 11:26