The other heavy cavalry regiment in the 2nd Cavalry Division was the Alcantara Regiment.

For details on the organisation of the Spanish heavy cavalry regiments follow the link to the Infante Cavalry Regiment above.

The first reference I have for the Alcantara Regiment is for May 1808 when the unit was part of Spanish occupation forces in Portugal providing two squadrons. 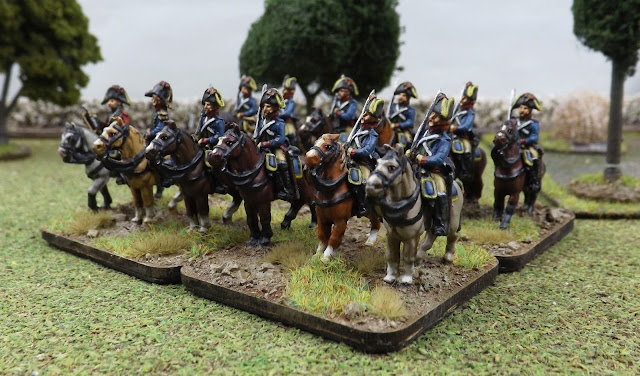 In June 1808 following the Spanish insurrection, Oman lists in detail the forces on hand with a list of the available cavalry regiments and their strengths: 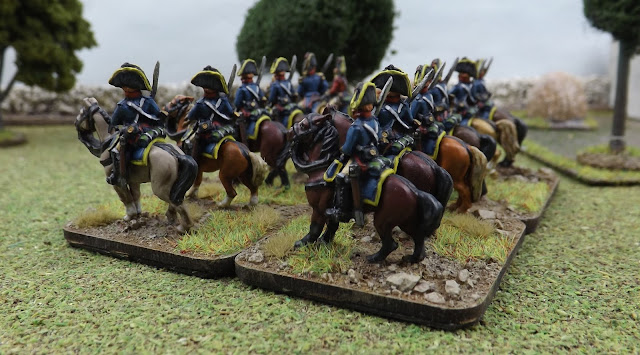 By the October of 1808 and the languid pursuit of French forces to the River Ebro the Alcantara are listed as part of the Army of Castile which formed part of Castanos' Army of the Centre joining forces at the end of that month. 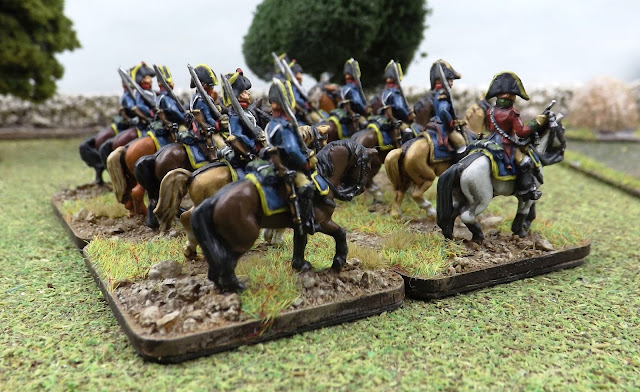 Following the French offensive in November a much reduced regiment, barely amounting to one squadron are shown as part of the forces defending the approaches to Madrid in the Somosierra Pass. 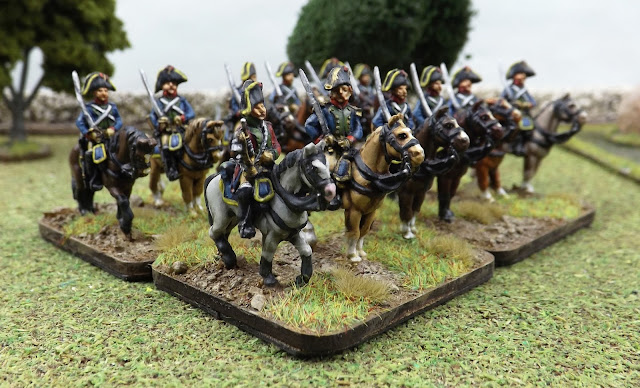 
Following the defeat of the Vanguard Division of the Army of the Centre in January 1809 at the Battle of Ucles, commanded by General Venegas, Infantado was relieved of command and General Venegas assumed command of the newly formed Army of La Mancha that continued to be a threat to the southern approaches to Madrid going into the summer of 1809 leading up to the Talavera campaign.

At some stage the Alcantara Regiment was transferred to the Army of Estremadura under General Cuesta where it was part of the 2nd Cavalry Division in the July. 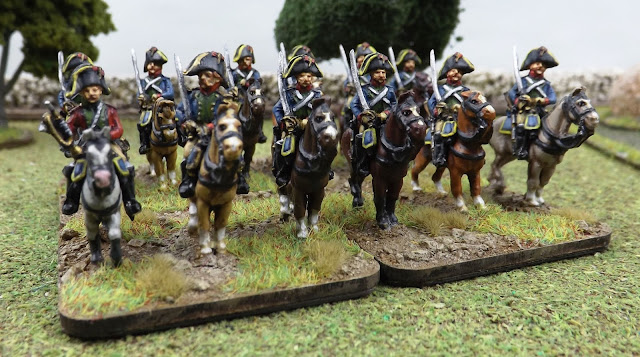 My Alcantara Regiment are composed of figures from AB supplied by Fighting 15s and are the third regiment completed as part of 2nd Cavalry Division.

Next time we will look at the first of the two dragoon regiments, namely the Pavia Regiment, but before that we will have some more 28mm Dark Ages.