The 95e Regiment de Ligne were involved in the Peninsular War from the start of the first French invasion when the regiment provided a battalion as part of the 6th Provisional Line Regiment in Marshal Moncey's Corps d'observation des Cotes de l'Ocean.

With French forces driven back behind the River Ebro and Napoleon's forced intervention, the 95e Regiment de Ligne was brought up to full war strength with all three of it's first line battalions forming the second line regiment in General Pacthod's brigade in Marshal Victor's I Corps d'Armee. 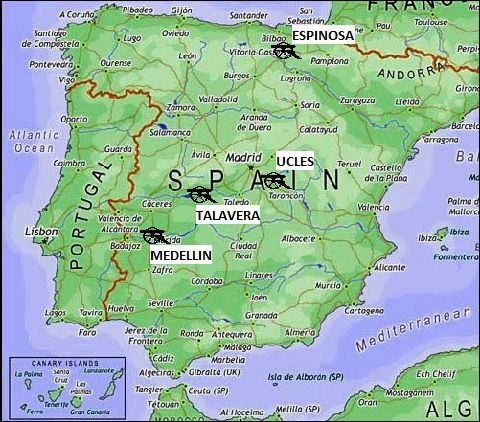 As covered in the post about it's fellow brigade comrades the 94e Ligne, from November 1808 to the March of 1809 the brigade would see three very successful battles against the Spanish at Espinosa, Ucles and Medellin. 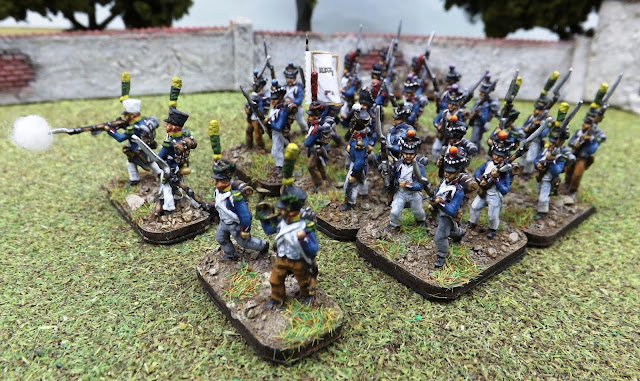 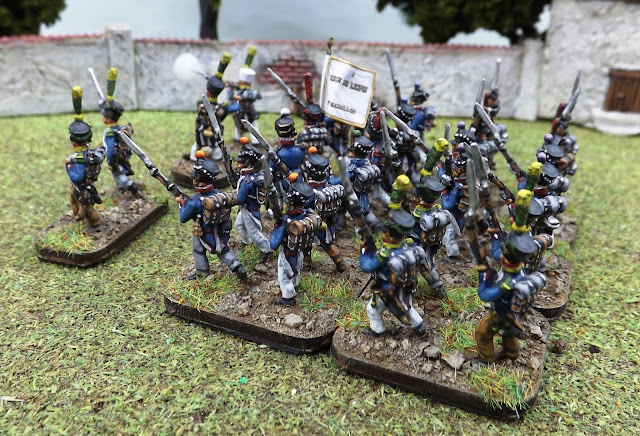 With such a run of success against the Spanish and with no experience of fighting the British, the veteran battalions of the 95e Ligne could be forgiven for any overconfidence they might have felt as they marched into the line at Talavera in July 1809. 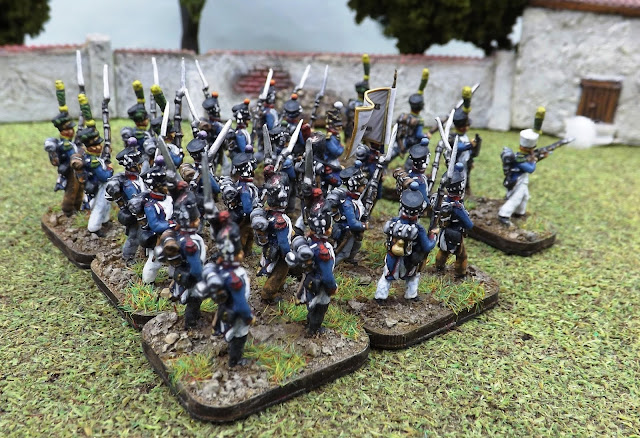 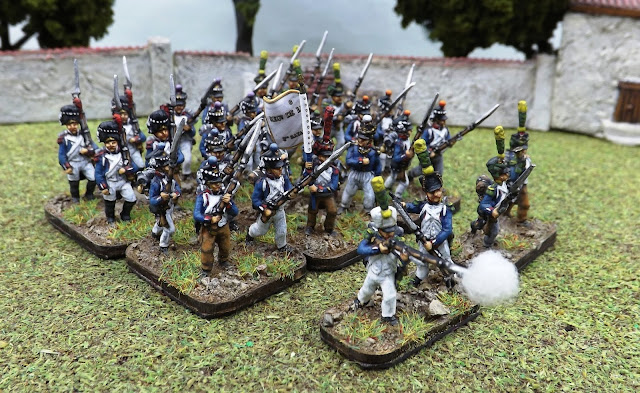 My 2/95e Ligne are composed of figures from AB supplied by Fighting 15's and the battalion fanion is from GMB Flags.

This is the penultimate battalion of the twenty four required to fit out Victor's I Corps, so the 3/95e Ligne will be followed by a Corps parade before we move onto the next stage.
Posted by carojon at 12:19