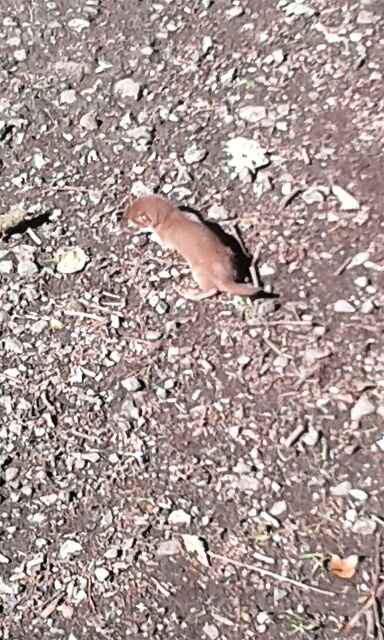 Whilst Carolyn and I were out on the daily cycle ride we happened to meet up with another example of Devon wildlife in the most unexpected way.

It was so unexpected that the only camera to hand was Carolyn's phone and so the pictures are not up to the usual standard but I think you can get an idea of the look of this interesting little creature. 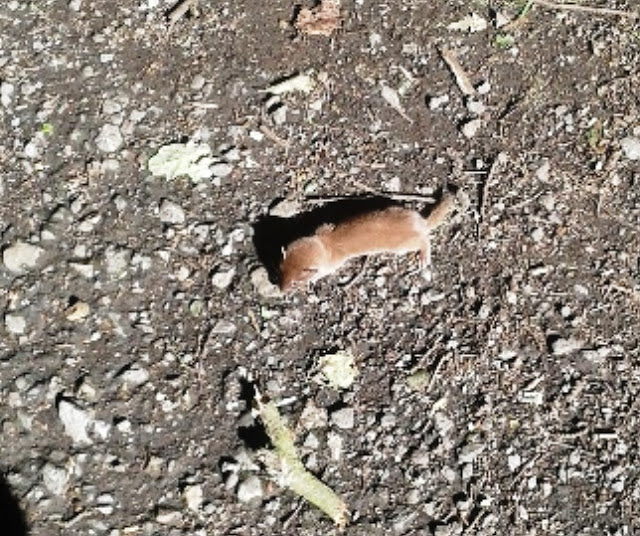 The unexpected part of the meeting is that this little chap is pictured on the tarmac of the cycle path and I narrowly missed running him/her over as I spotted a little brown shape moving between my wheels.

I am identifying this as a weasel rather than a stoat as the distinguishing feature of the stoat is the black tip to the tail which our little friend quite clearly hasn't got. 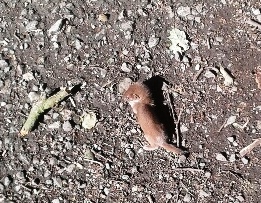 Although this weasel is quite small, only about five inches tail to head, its fierce reputation as a predator of small voles on up to rabbits was well demonstrated as I attempted to persuade it off the path and out of the way of other cyclists and dog walkers, it faced me off and issued a sharp squeak whilst taking a bite at the phone in its case that I was using to prod it with. I was well aware of keeping my hand well clear of the sharp little teeth that were on display.

These creatures generally live for only three years or so and so the urge to kill and eat is a high priority for this fast active predator and the cycle path is home to plenty of voles, mice and rabbits.

I have usually only caught glimpses of these animals as they dash across the path so to see one close up almost seeming to be enjoying sitting out in the sunshine was a real treat.