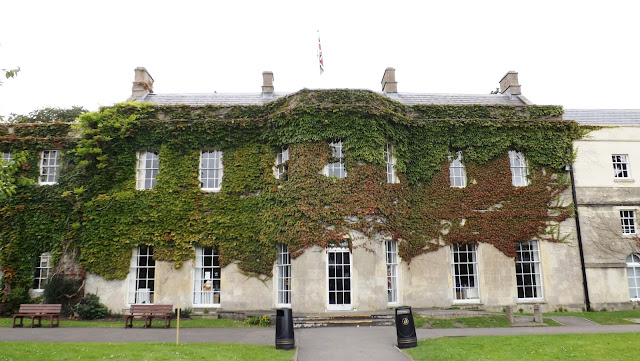 This Saturday I drove up to Devizes in Wiltshire in the company of my pal Vince to meet up with another mate, Mr Steve at this year's Attack 2016, hosted by the Devizes & District Wargames Group at their usual venue, Devizes School. 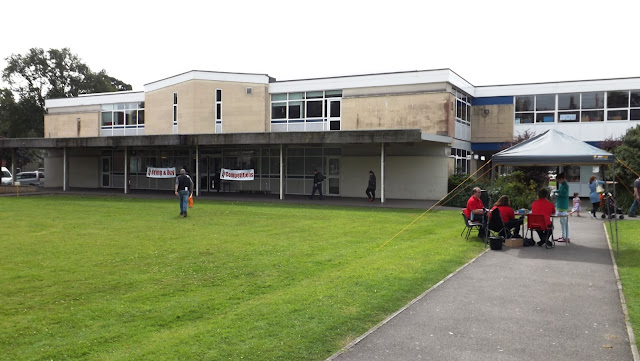 I have reported on Attack in previous years and despite the two hour drive up from Devon, I always look forward to coming to this lovely part of the country and to a very friendly club show.

The weather in the summer months cannot always be predicted, and on a previous visit we were treated to full on thunder and lightning summer storm that took out the electrics for a part of the time; but this year the sun shone and shone with a humidity that demanded taking lunch outside.

So with great weather and good company, lunch was extended for a good hour and a half, just chatting and enjoying the surroundings before wondering back round the traders and game displays.

As always I thought you might like to see some of the games that caught my eye, starting with the hosts WWII participation game, the Battle of Lilac Cove. 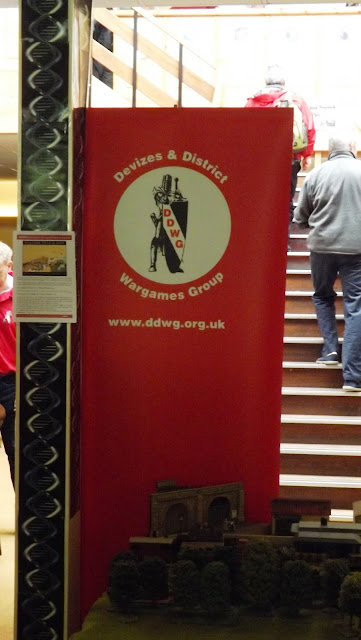 The next game up got a lot of attention from the camera because it ticked the boxes of a JJ's Wargames game in that the eye was rewarded with a great attention to detail and fine modelling.

Battle for the Seelowe Heights demonstration game was presented by The Ex-Herford Wargamers. 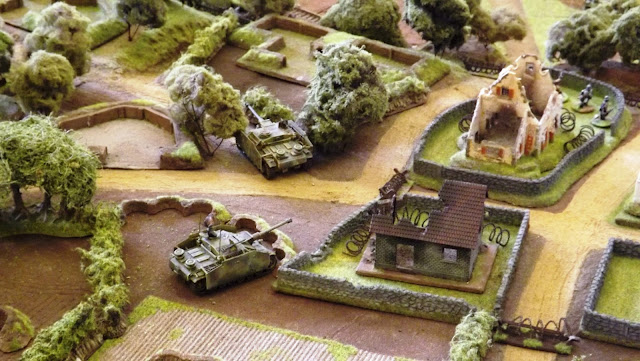 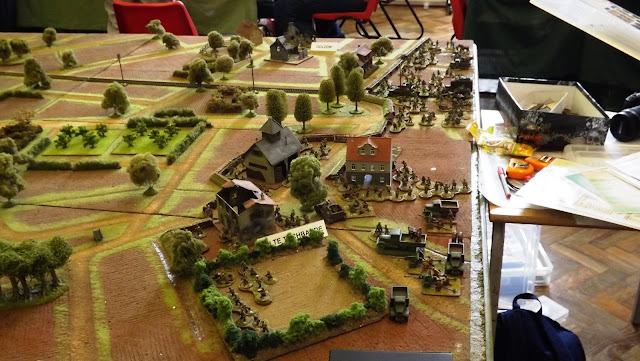 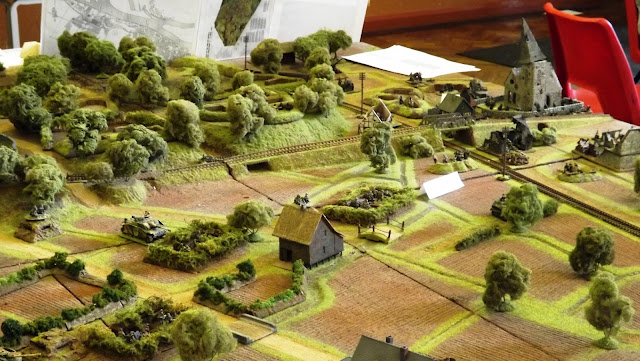 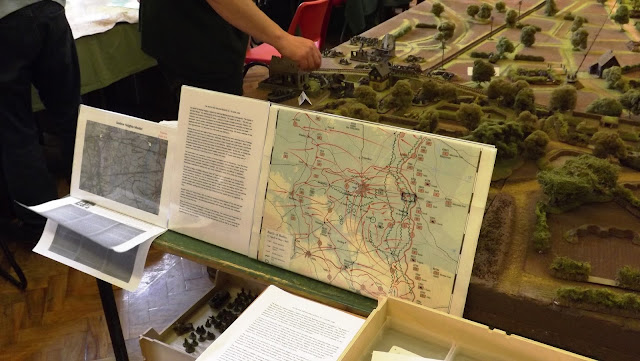 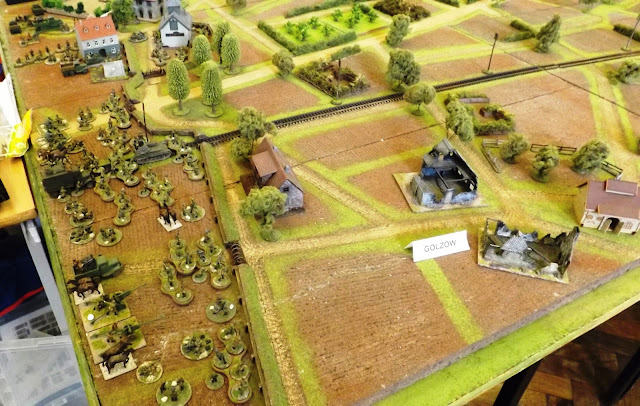 Not really my thing, but I can think of a few DWG club members who would appreciate me taking a picture of the Martian invaders in this All Quiet on the Martian Front offering (2nd Martian Invasion USA 1910) by fellow Devon wargamers the Plymouth Wargames Club.

The Flames of War competition seemed to be well attended, with some fine painting and modelling on display, although track to track tanks and competition gaming is not my thing, nice looking games can still be appreciated. 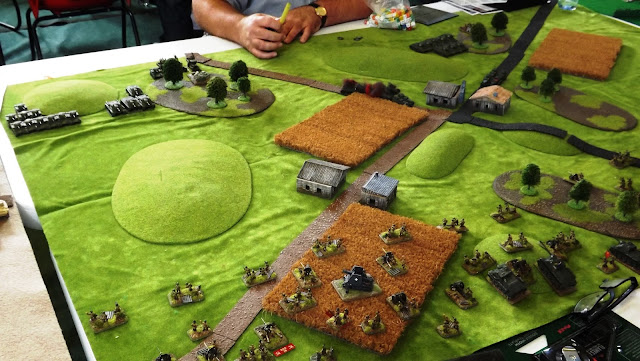 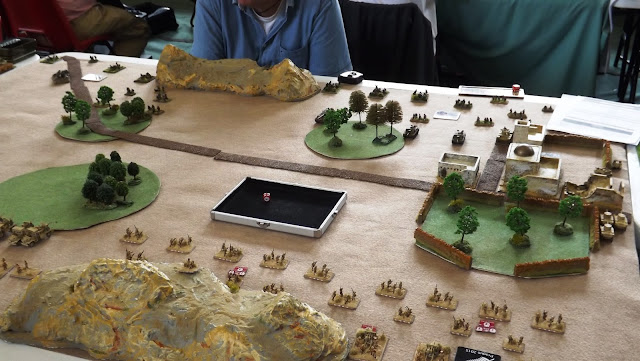 And finally, I didn't end up buying much other than a great bargain off the bring and buy stand when I spotted a game I have been looking out for for years since its publication in 1987. The Fury of Dracula is a favourite within the club after a few boozy sessions at various wargame holiday centres over the years, chasing Dracula around Europe, and was on the stand for just £10, complete and the original version to boot. Needless to say Tom and Will and maybe even Carolyn are looking forward to giving this little bargain a run out at some time.

In addition to my little bring and buy find, I also bought a few raffle tickets for the show draw and ended up with a prize, Big Arnie, a mounted cowboy Orc from Miniaturemen. Don't worry, JJ's Wargames will not be moving away from its historical traditions, and I have a feeling Big Arnie will, after getting a paint job, be moving to a new home for an appropriate transfer fee. 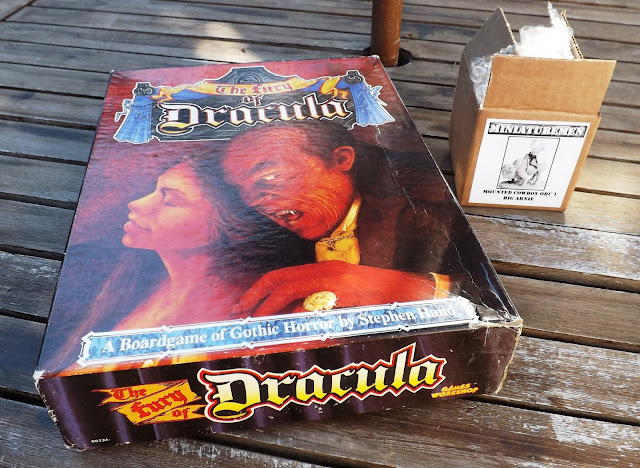 Next up, more treasures from the British Museum.
Posted by carojon at 11:36