The 54e Regiment's first involvement in the Peninsular War began in early January of 1808 when as part of the 10th Provisional Line Regiment in Moncey's Corps, it moved across the border as part of the forces sent in to relieve Dupont's troops in the Navarre and Biscay towns (1), allowing the latter to move south west and occupy Vallodolid. 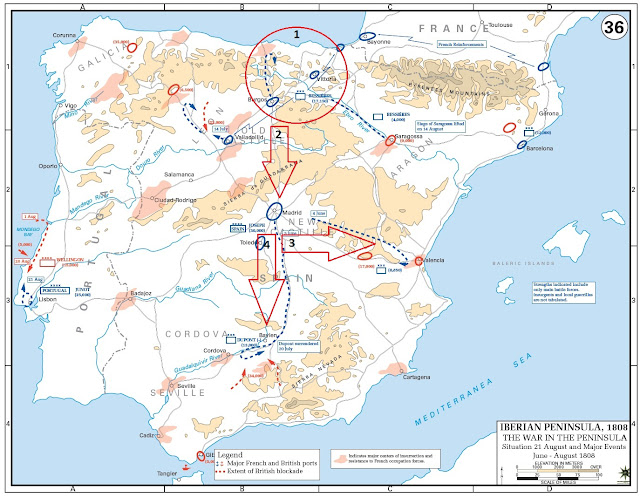 On the 8th March 1808, Joachim Murat arrived in Burgos collecting both Dupont's and Moncey's troops to march on Madrid arriving in the capital on the 23rd  March (2). On the 2nd of May the revolt began in Madrid against French occupation only to be put down by the French troops, but providing the catalyst for further Spanish insurrection. In his report Murat wrote, "Grapeshot and the bayonet cleared the streets." The Guerre de la Independencia had begun.

Towards the end of May, Murat became ill and handing over command to General Savary headed back to France to convalesce, not before sending back several reports to the Emperor playing down the level of the national uprising and describing the situation as localised riots.

Napoleon issued new orders which focused on maintaining a strong hold on the LOC from Madrid via Burgos back into France with the two corps in and around Madrid providing troops to march on Valencia, with Moncey detaching 6,000 men of  Musnier's 1st Infantry Division and Wathier's Hussar brigade to capture the city (3) and the subjugation of Andalusia with Dupont taking Barbou's infantry division and Fresia's cavalry division to complete the task set (4). The balance of Dupont's and Moncey's troops, including the 54e Ligne remained in Madrid to act as a support to either commander or to Bessiers troops holding the north. 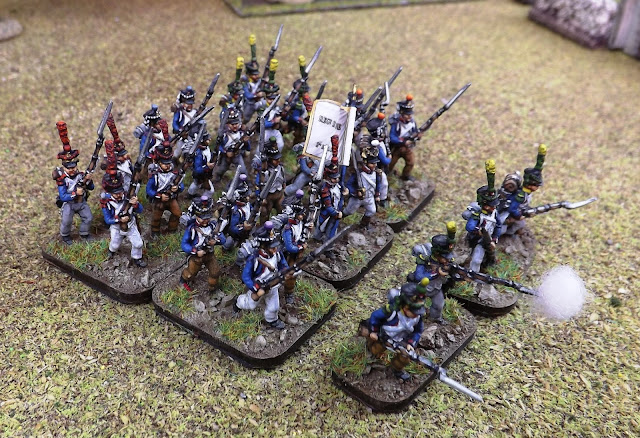 Two cataclysmic events were set to derail the Emperor's plans with the surrender of Dupont's expedition to Spanish troops at Bailen on the 19th July followed up by the defeat and repatriation of Junot's Corps in Portugal by the British in August. 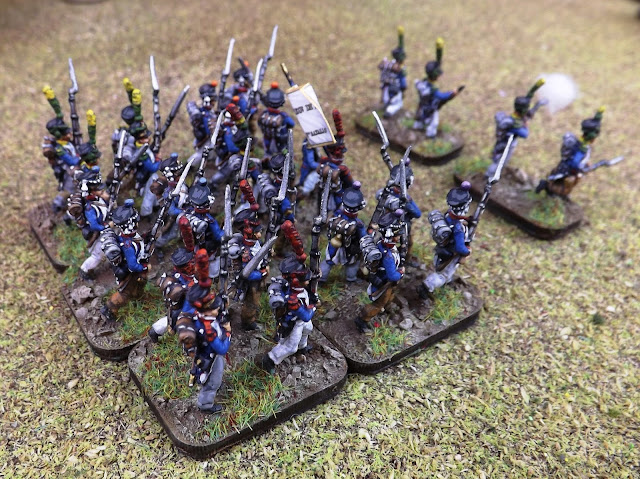 On the 1st of August King Joseph reacted to Bailen by falling back on Burgos forcing the remaining 70,000 men of the French army in Spain to pull back beyond the River Ebro to form a defence against the increasing threat of a Spanish offensive designed to drive the French out of the country.

The movement, however, of the gathering Spanish armies was slow in following the French retreat up and the time allowed the French to reorganise following Napoleon's decree on the 7th September reorganising his army in Spain into eight corps. 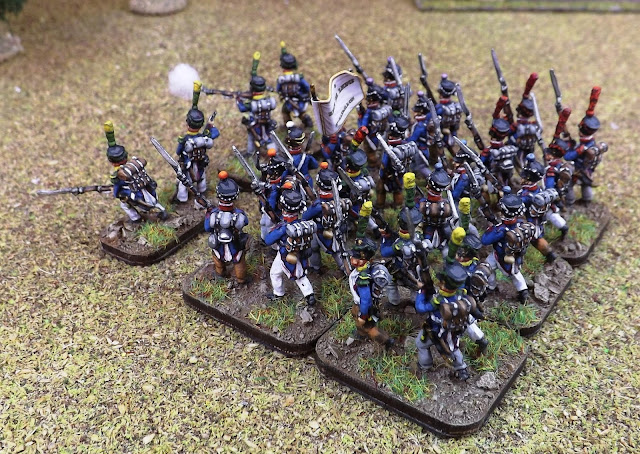 The structure of I Corps remained consistent up to Talavera and the part played by 2nd Division in particular was covered in the history of the 8e Regiment de Ligne, where a detailed account of the division and it's movements were covered.

Suffice to say after the battle of Espinosa in November 1808, the whole of the division was detached from I Corps to garrison Salamanca and missed the actions of Ucles and Medellin rejoining the corps on the 19th April 1809 just prior to Talavera. 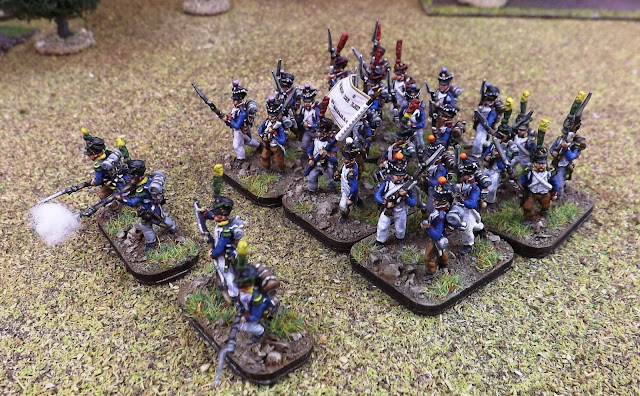 My 2/54e Ligne is composed of AB figures from Fighting 15s and the fanion is from GMB Flags.