I picked up a new game while I was away on holiday, "Wellington's War" by Pacific Rim Games, and today Tom and I took it for a "road-test" at the Devon Wargames Group.

I love the wooden block style of game pioneered by Columbia Games with all the hidden deployment those games offer and so when I saw this game covering a period in history that really floats my boat I felt compelled to get a copy.

The game also incorporates a card driven engine, that has become a popular way to control activity and historical events, ever since Avalon Hill's "We the People". 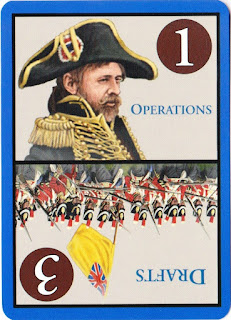 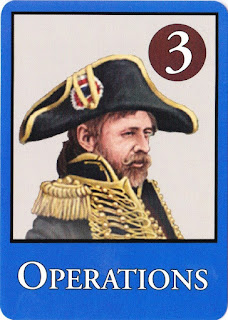 Operations points ranging from one to four points allow group activations, with some cards
giving options to activate or add pips to blocks in the form of new drafts

The combat units also incorporate the grading system popularised by Columbia with A, B, C and D units firing in the order of their quality rating and causing hits on poorer quality units before they get to fire back.

The General officers also have pips they can use to affect movement and combat, amongst other things, allowing the "big men" of the war to bring their skills into effect. 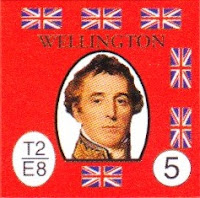 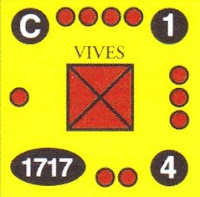 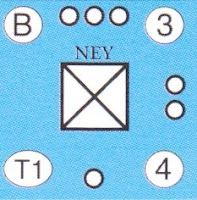 The map is a huge three foot by four foot depiction of the Iberian peninsula that really gives a feel of the size of the campaign area with those annoying guerrilla units able to make full use of the space in French rear areas. 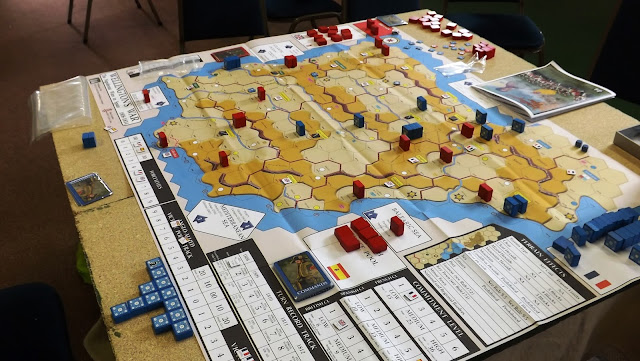 My feeling is this game has great figure campaigning potential, and today's play-through with Tom has confirmed that opinion . In the meantime I thought I would put together a Cyberboard module just in case my impressions were justified.


If I were to to pick one criticism of the game it would be a bit of a 1970's SPI style in the components that don't meet the modern standards of games today, but frankly the play is great and I don't care as they are good enough. 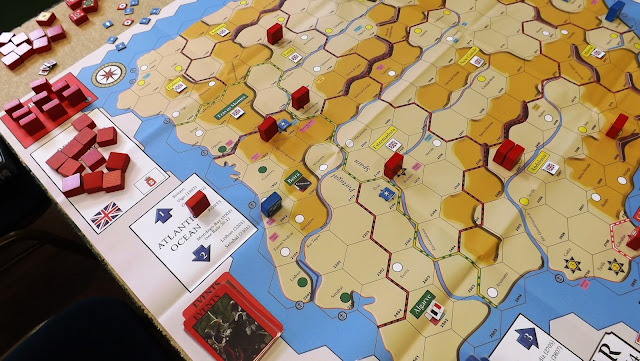 Robert Simon at Brave New World Games store in Germany is one of the European distributors for the game and got my copy to me promptly on ordering.

If you want to check out more of the detail and thoughts about this game you can follow the link below to Board Game Geek.