Napoleon at War in Devon and Scenarios

The Napoleonic collection was in action yesterday at the club with my Frenchies taking on Chas's Austro-Prussian collection in a Napoleon at War summer scrum. There is a full report of the game at
Devon Wargames Group

This was a "What shall we play next month" game that required a scenario for the day and found me yet again turning to Charles Grant for inspiration. If you are a follower of my blog you will know that I like to play scenarios, that give a background as to why the forces are where they are and what on earth has decided the commanders to fight on this particular ground. If there is an historical story behind the game, even better, because then we can savour comparing what the game produced as to the actual historical events.

In this case I chose the "Reinforcements in Defence Scenario No 15" from CG's book "Scenarios for Wargames". 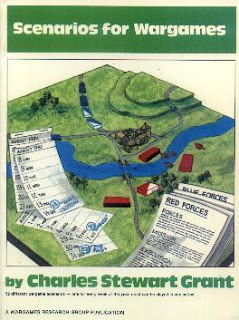 I have played this scenario several times before and always enjoyed the sometimes nail biting too and fro game it has often produced. The Devon report gives an overview of the scenario, so refer to that for the information about it.

Having chosen the set up, I then wanted to give the players an historical reason for this battle and given that the Austro Prussians really only came together in late 1813 I rummaged through my Napoleonic library for a setting for the game. This led to me reading up the events following Napoleon's victory outside the walls of Dresden. 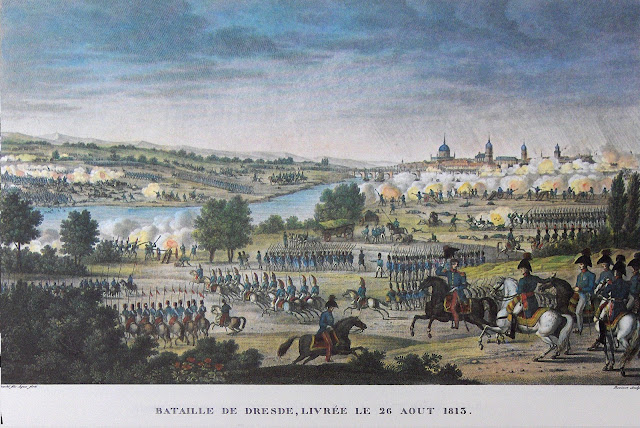 Following their defeat, the Allies fell back towards the sanctuary of the Bohemian Mountains pursued by General Vandammes Corps sent by Napoleon in pursuit as he turned his attention back to the North and Berlin. The pursuit was not like the good old days of 1806 and the Allies were able to regroup and destroy Vandamme's Corp at the Battle of Kulm three days later.

Our game had the Allied forces attempting to hold a town at the entrance to one of the few passes into Bohemia to allow their main force to fall back and regroup. The French were obviously seeking to prevent this. One could imagine several meetings like this between the two forces during those days in 1813 and so our scenario took its place in the historical canvass.

If you don't own a copy of "Scenarios for Wargames", I would sincerely recommend getting one as it offers game setups for players right through the many periods we play from Ancients to Moderns and everything in between.

I often find the generic scenario set ups contained in most modern rule sets today a bit bland and lacking in period flavour. Not being a lover of points in army creation I prefer to build my forces like Grant and the Generals, selecting units by type to deal with the suspected enemy formations and the terrain and assessing forces on troop strength versus that of the enemy in ratios rather than points. I might change that approach when I find a reference to Napoleon or Wellington referring to the points value of the force they were up against.

Thus ending on that controversial bomb shell, I invite your comments.

Next up, "French Dragoons, fousands of em"! I have three regiments of lovely AB Dragoons to paint to get ready for my big Vimiero game in the Autumn. I will be away in Sri Lanka and the Maldives for three weeks in August celebrating 25 years married to Carolyn my lovely and very patient wife so am planning to break the back of these before I go.