The role of the 63e Ligne at Talavera alongside their comrades in General de Division Villatte's 3rd Division was to act principally as Victor's I Corps reserve.

They were not involved in the combat on the 27th of July and took post on the Cerro de Cascajal behind Ruffin's 1st Division as they prepared to launch their abortive dawn attack on the 28th.

So they could have perhaps been excused any eagerness to get involved in the battle as General de Brigade Cassagne led the 27e Legere and 63e Ligne down into the northern valley in preparation for the last throw of the dice as far as the French were concerned in their effort to break the British end of the allied line. 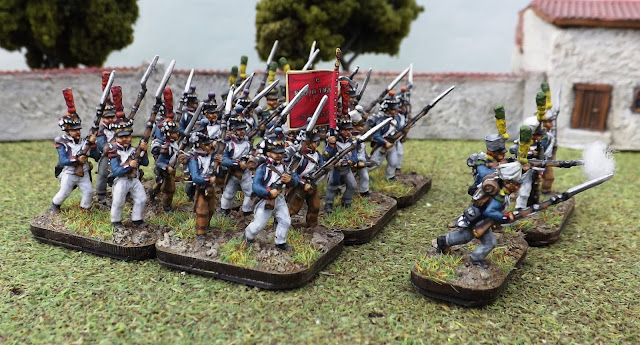 The previous brigade commander General Pacthod was promoted to General de Division and in March 1809 was recalled to Paris and later sent to join the Army of Italy in preparation for the growing threat from Austria. General Cassagne joined the Corps in the April after having been repatriated from Dupont's army that had surrendered at Bailen the previous year.

The French attack in the northern valley was the last to develop that day and the columns of Ruffin and Cassagne did not start to move forward until the battle in the centre was reaching its climax. 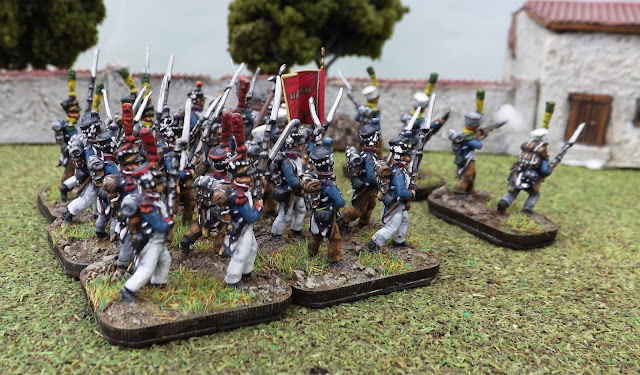 The battered battalions of Ruffin's division advanced on the French right along the lower slopes of the Sierra de Segurilla opposite the Spanish division of General Bassecourt; to their left were the six battalions of the 27e Legere and 63e Ligne of Cassagne's brigade. The whole force was supported by a converged battalion of grenadiers formed by companies from all the fifteen battalions involved probably amounting to about 750 men. Moving behind them in support was Merlin's cavalry.

The French troops in this part of the battlefield faced a problematic dilemma in that to attack the strongly held British position atop the Cerro de Medellin meant exposing their rear and flank to the allied forces in the valley whilst an attack to clear the forces in the valley exposed their other flank to attack from those forces atop the Medellin. Any attempt to detach forces to cover either attack meant having insufficient troops to do either. 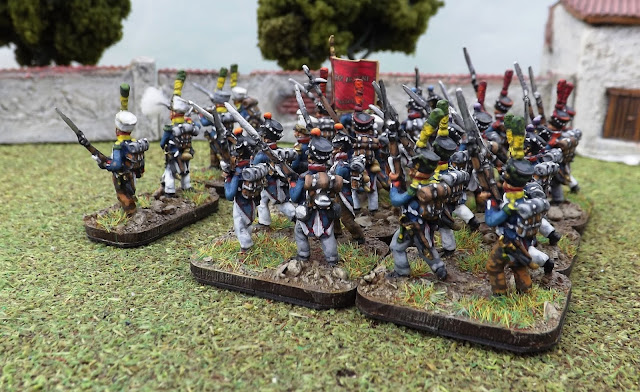 In the end the French commanders decided to attack the Medellin with a covering force on their flank, but given the options outlined it is probably not surprising that their advance was tentative, with their fears only reinforced when their troops came under heavy enfilading fire from ten Spanish guns and Retteburg's half battery deployed on the northern slopes of the Medellin.

By the time the French were level with the Casa de Valdefuentes farm buildings the crisis at the centre of the British line had passed and Wellesley was able to give his full attention to his left flank.
Observing the French battalions of Cassagne's brigade sheltering in the lee of the farm and only sending their skirmishers up the slope to engage their British counterparts, it became obvious that the French were not pressing their advance with any great determination.

What happened next is a matter of some debate, although most British observers report that Wellesley gave a direct order for General Anson to charge. However Lord Munster claimed that the order to charge was more discretionary and had the caveat "if the opportunity offered" and was to be supported by Fane's Heavy Brigade. 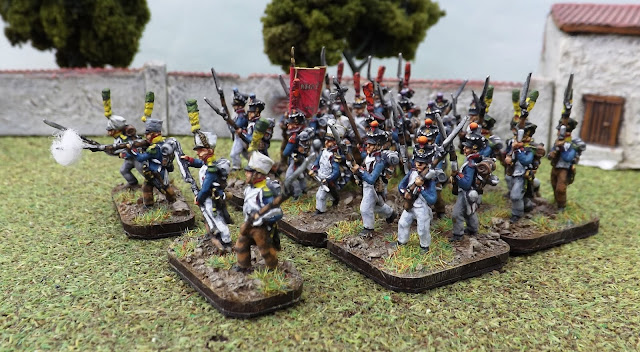 Whatever the truth of the matter, as soon as Anson's troopers started moving forward "in the most perfect order", the French infantry formed square. The 23rd Light Dragoons faced the large regimental square of the 27e Legere whilst the the 1st KGL Hussars had the smaller battalion squares of the 24e and 96e Ligne.

As the cavalry moved forward at a walk increasing to a trot and then to a gallop 250 yards out from their targets, they were subjected to French skirmish and artillery fire, however it was not the effects of the French fire that brought the charge to grief but rather an unnoticed dry river gully one of several that littered the plain carrying run off from the Sierra to their left.

The charge would not have been at full tilt until about 80 yards out and most British observers report that the gully was about 150 yards in front of the French squares, so the cavalry would have been into their gallop.

Most of the front rank of the 23rd Light Dragoons crashed over and into the gully while most of the second rank squadrons managed to pull up on the home bank albeit in some disorder only added to by a volley from the 27e Legere square to their front.

The survivors on the French side, including Colonel Elley of the 23rd, continued to press their totally disrupted attack and were dealt with without too much difficulty for the French.

The combat during the day and the shambles of the charge cost the 23rd Light Dragoons a loss of 207 killed. wounded or missing of whom 105 were taken prisoner from a starting strength of 459 men, whilst the 1st KGL Hussars got off relatively lighter with a loss of 37 from a strength of 451.

Despite the failure of the cavalry attack, the French position still remained relatively the same with their position still threatened by a significant force of allied infantry and cavalry, and with allied artillery pouring on a punishing fire into the French squares. As news of French failure across the rest of the battlefield reached the French commanders, they decided discretion was the better part of valour and abandoned the attack, leaving both sides artillery to close out the day with a continued barrage which served up the gruesome finale of massive grass fires that quickly spread consuming the badly wounded and the corpses.

The reserve position adopted by the 63e Ligne throughout the two days of combat is reflected in the second lowest casualty total for all off the eleven infantry regiments in Victor's Corps with a total of 40 casualties including just two men killed.

My third battalion is composed of advancing French infantry from the AB range carrying a fanion from GMB flags. The completion of the regiment just leaves two more, the 94e and 95e Ligne Regiments of General Puthod's brigade with the 1/94e Regiment de Ligne the subject of the next post.