The 1st and 2nd Regiments of Estremaduran Hussars were raised on the 15th July 1808 under the commands of Colonel's Augustin Sanchez and Rafael Mariano with a starting strength of five squadrons of two companies and each regiment totaling 491 men and horses.

The two regiments were raised using cadres of officers and men from the dissolved 5th or Maria Luisa Hussars established in the 1803 Godoy reorganisation of the Spanish cavalry. 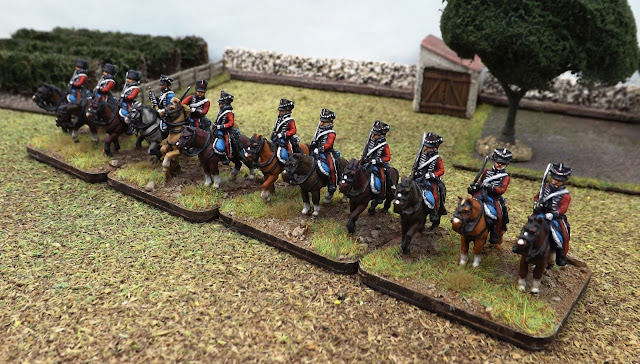 In October of 1808 the regiment was reorganised as part of the new directive that all regiments should have four squadrons of three companies with a company in theory consisting of 65 men. However with the losses in men and horses leading into 1809 the regiments of cavalry were often forced to dissolve one squadron to maintain the strength of the other three and with most regiments reduced to two squadrons. 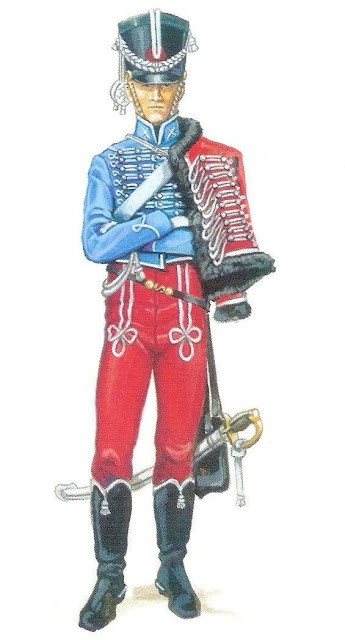 The first mention I have of the regiment in an order of battle is their inclusion in Cuesta's army during the Medellin campaign in March 1809, with the 1st regiment included as part of the "Old Army of Estremadura". 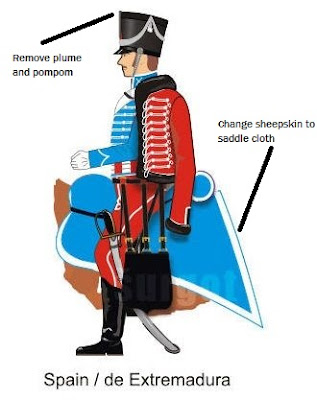 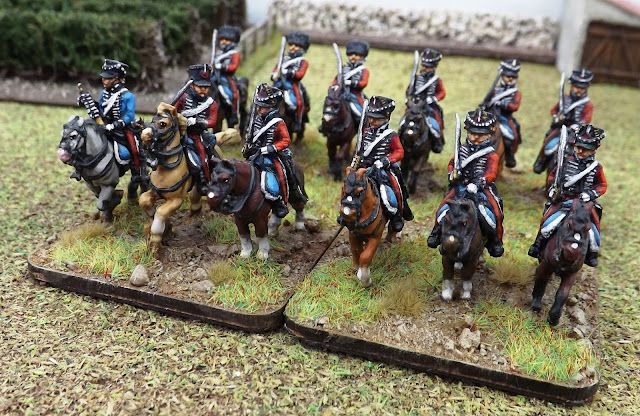 The look of the regiment is very much a tribute to their antecedents in the Maria Luisa regiment using a reversal of their colours on the jacket, breeches and pelisse, but with a very strong French influence with the adoption of the shako and chords and a busby for the elite squadron. The Spanish look is maintained with the typical light blue shabraque (saddle-cloth) as opposed to the sheepskin used by the French. 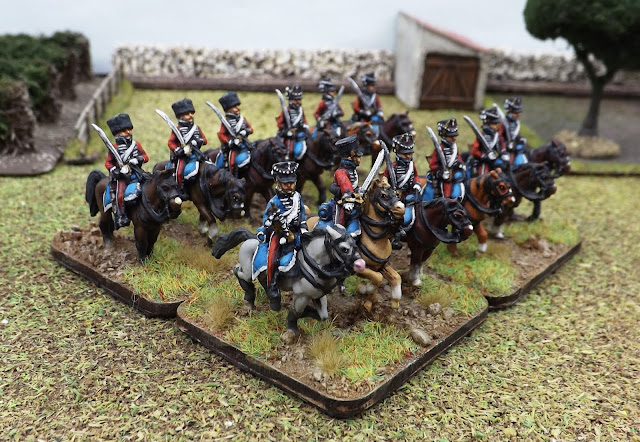 My figures are AB French hussars, suitably adapted to assume the look of the Estremadurans with the filing down of the sheepskin covers and the addition of saddle cloth points using the metal covering from old wine bottles (very handy stuff). In addition the fancy pompoms and plumes have been removed  to better reflect the look in the illustrations. 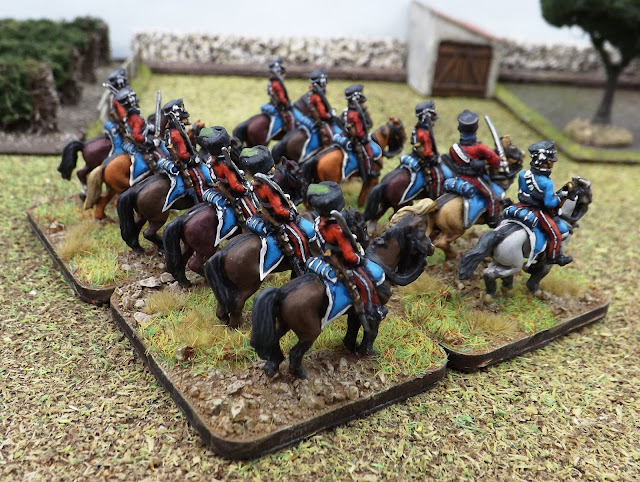 AB French hussars come with their pelisse's worn and buttoned up (a slightly added protection against sword cuts), so the regiment has a very striking red appearance against the light blue of their shabraque's. In addition the French models are wearing overalls as opposed to the Hessian boots worn in the illustrations, but I don't think it unlikely that the overalls would not have made an appearance at some stage, being much more functional in the field. 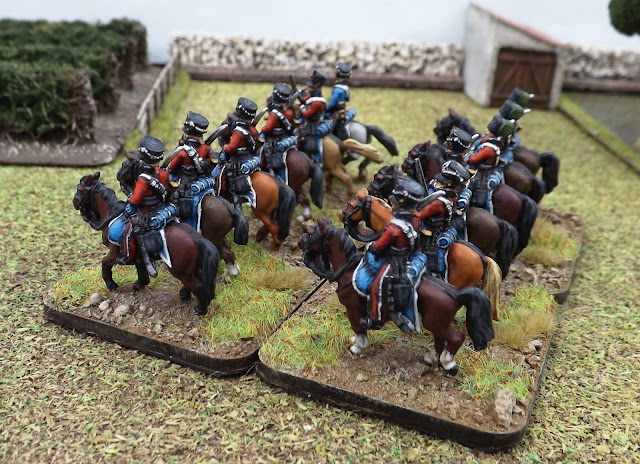 The regiment would go on to serve at Albuera as an amalgamation of the two former regiments and based on my assessment of their likely strength, I have modeled them as a combined unit which will operate as two units of two squadrons (two bases) during our Talavera re-fight. 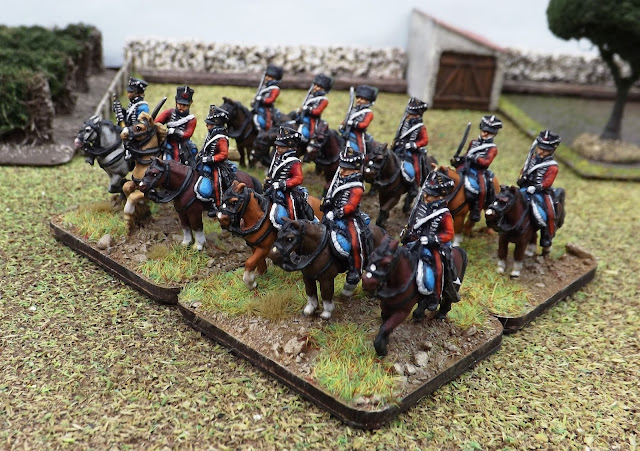