Well things have been happening here at 'Chez JJ' with most of the decorating pretty much done I have got my painting desk back, and to make up for all the time away from the brush Carolyn let me invest in a new daylight angle poise strip light and a new paint rack to go with it.

So to christen the new table and to get my eye in to working in 28mm for the foreseeable, I got down to getting these Galloping Major figures that I have been promising Steve M. I would do for him once the Talavera stuff was completed and the desk was back up and running.

Steve and I like to dabble in the odd game of Sharp Practice II, or even Muskets and Tomahawks as we did at Wargames Foundry a few weeks ago, and you will have seen his collection of French Indian Wars figures and terrain growing over time and so these chaps representing a very famous British and American regiment, the 60th Foot should add to our games going forward.

I was under very strict instructions to base these figures so that they could as required form up into neat British platoon groups ready to pour on that volley fire to anyone unlucky enough to find themselves in front of them at the time. 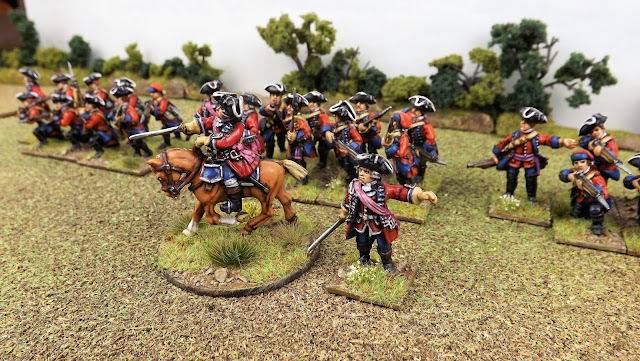 I have a feeling Steve is working on a 'Plains of Abraham' scenario so if I am playing French I must try and make sure I fire first. 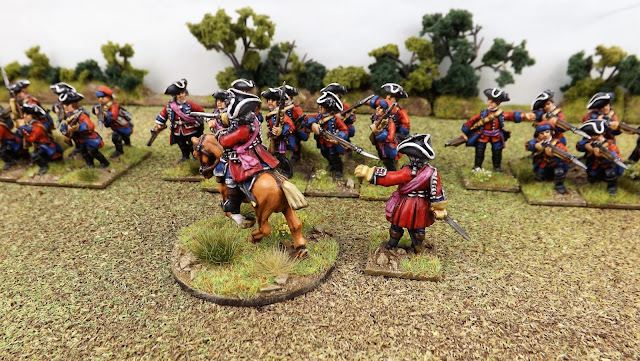 I have mentioned it before when painting Galloping Major figures for Steve, which includes some Rangers and Virginia Militia that these chaps are a large 'heroic' 28mm style of figure with bag loads of character and detail just asking to be painted and highlighted.


You have to work out the level of detail on each figure with some carrying hatchets under the turn-back coats alongside the normal bayonet frog.


The officer figures are simply stunning in the amount of detail applied and I had to flick through a few references to remind myself quite how much lace they wore and where these men would carry it.

The mounted colonel makes a nice centre piece and will do as a senior army commander leaving the on foot version to take command of the infantry which was more likely for fighting in the close country of North America.


I have given these figures a bit of a parade ground appearance, conscious of  the references showing, brown grey and black leggings. Lets just say this batch of conscripts were all in the same queue for their kit issue and are new in theatre.

For the pictures I have grouped them into three particular platoons with two commanded by officers, one group which I think of as the bayonet group as per Zulu has an armed officer in the ranks together with a few NCO's.

Then there is the 'fire at will' group who have half the platoon pouring it on and the others choosing their targets and finally under the senior sergeant armed with his personal carbine, the 'platoon volley' group all ready to present and pour it on on the command.


So there we are, with the first unit post Talavera 208 which we have the second game coming up this weekend in time for the two-hundred and eighth anniversary this Friday and a special dispensation from Carolyn to allow me to invite the chaps over to play it all weekend as it also my wedding anniversary this weekend also. 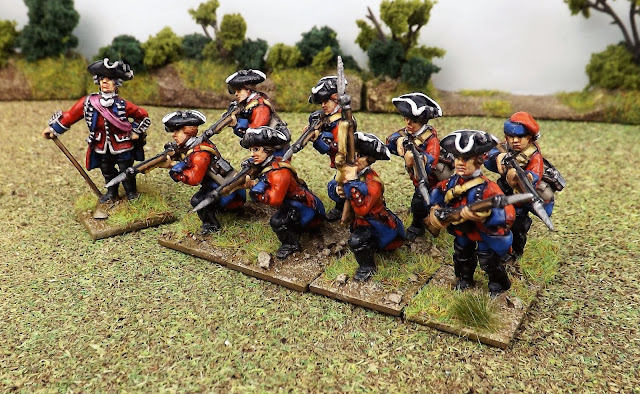 So what about the desk and your fancy new light and extra storage space, I hear you ask. 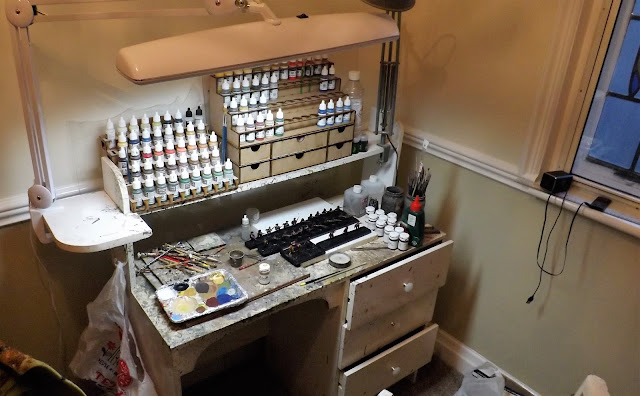 This is my desk back in the newly decorated spot with my new 'LightCraft' triple tube professional task lamp giving me shadow free day light with low heat emission and I am in love with this bit of kit.

I first heard it talked about on the Meeples Podcast and made a note to look into it once our decorating work was done and I am really pleased with the ability to paint with it any time of day. 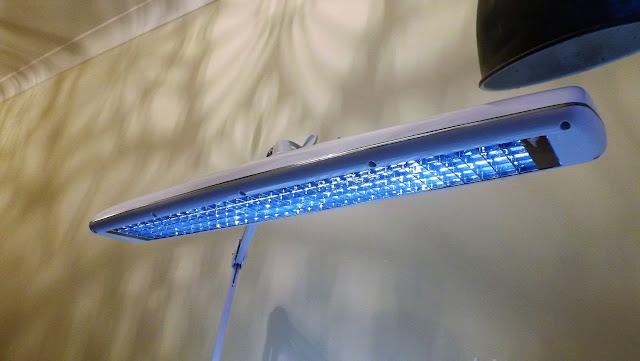 The amazing bit about that fancy grid over the strip lights is that you do not get any shadow which really allows you to find all the detail on a figure. 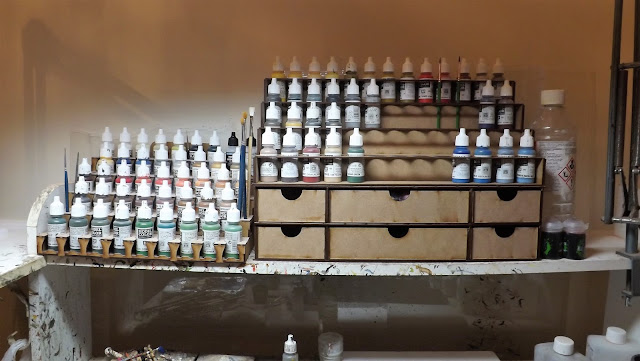 The larger paint rack is from Wargame Model Mods who have an extensive, well priced range of mdf storage units, this being the 52 paint rack model with little draws for things like tweezers and metal files etc.

It isn't full yet because Tom is going to fit some new back boards to my desk to prevent any paint splatter going on our newly decorated walls, so I am travelling light so we can get at the desk when he is ready.

Finally a lot of Steve's figures under work beneath all that lovely light. 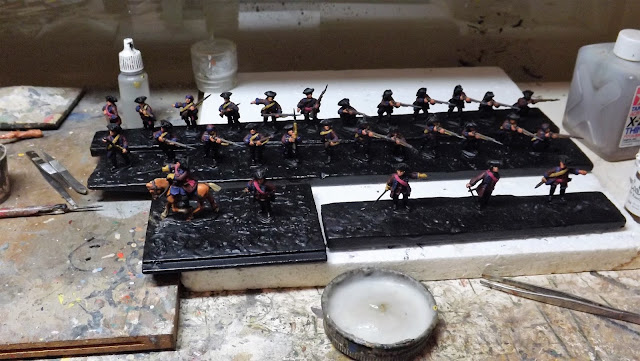 References to the 60th Foot I looked at for this post:
http://www.militaryheritage.com/60thregt.htm
https://en.wikipedia.org/wiki/King%27s_Royal_Rifle_Corps
http://madmonarchist.blogspot.co.uk/2016/06/the-royal-american-regiment.html
Posted by carojon at 10:03