A visit to the 24th South Wales Borderers Museum 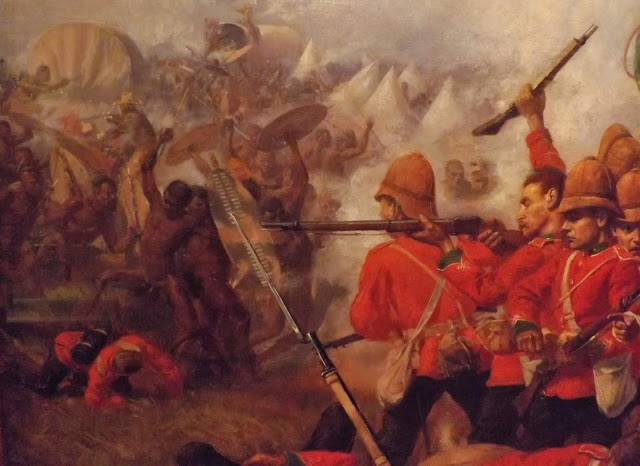 It was mentioned at this lecture that later in July the Zulu King Goodwill kaBhekuzulu would be in Brecon attending a commemorative event at the home of the 24th South Wales Borderers and that “hopefully JJ’s South Wales correspondent, Mr Steve, will send us a report on this event”

Quite frankly I couldn’t be bothered but it did strike me that a trip to the regimental museum combined with a spot of lunch of course would make an entertaining day out.

Brecon is only an hour’s drive from Cardiff and the museum is quite easy to find as it is part of the
Infantry Battle School and which is built in that typical military establishment construction that you
recognise immediately you see it, however the museum does have its own separate access from the road.


Parking isn’t too bad as you can park on the road nearby or if you can not find a space then just around the next corner is a largish car park which only cost me £1 per hour.

The museum entrance is unmanned so you have to buzz a clearly marked button to get someone to let you in through the turnstile as apparently repeated pushing has no effect whatsoever. Currently the entry fee is £5.

Overall the museum is quite small; there are five rooms each with their own topic.

So as you go in, the first and second rooms are mainly general history covering all of the regiments from their early days to modern times, the early stuff is rather limited which is a little disappointing but then I suppose this isn’t the real reason why you came here. The later World Wars and subsequent conflicts are better represented with many items to see and they take up the majority of the space in these two rooms however the Zulu war is then the next largest subject displayed here but I will come back to what you can see later.

The next largest room is specifically for the Zulu war, again the area isn’t large but the items in it are very interesting including two dioramas of Rorkes Drift which were quite well done I thought, one of which was donated by Ian Knight; queue sequence of pictures. 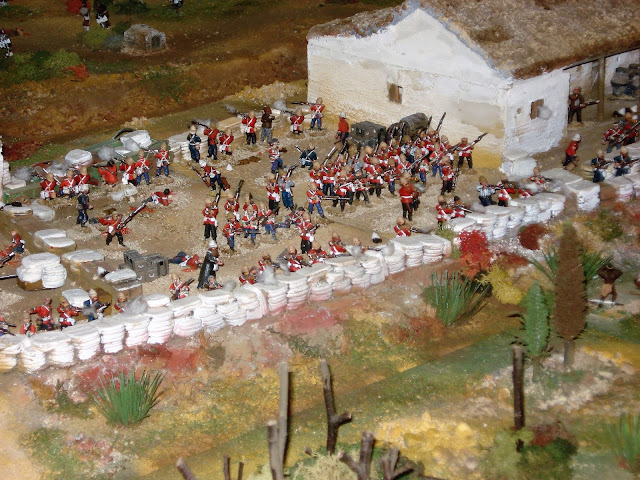 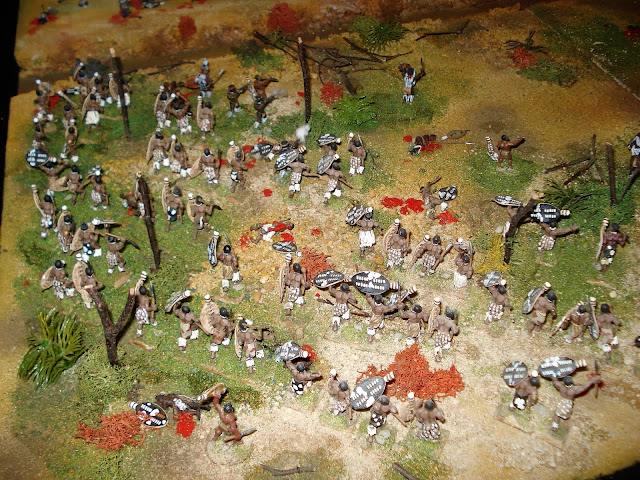 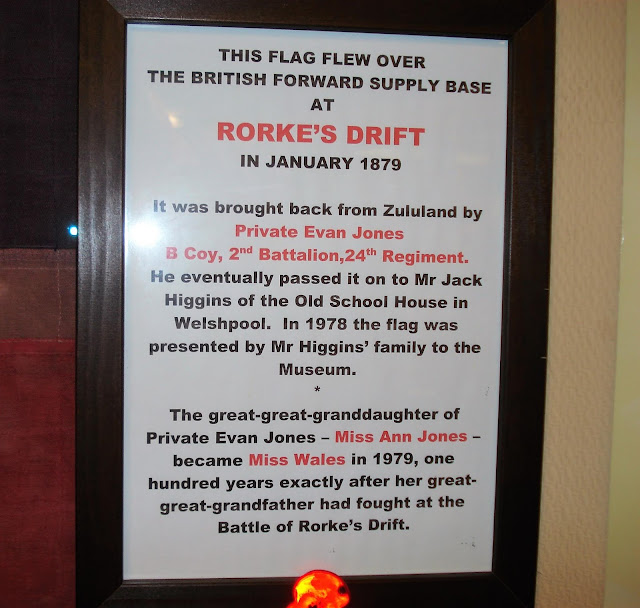 I was surprised to see the flag that flew over Rorkes Drift amongst the items as this sort of thing rarely survives. Also they have an actual soldiers redcoat from South Africa probably made as a replacement as many would have been and you can compare it to the pristine ones on the nearby mannequins which is most interesting. There are a number of Zulu themed related bits and bobs in other cases but I expected to see more quantity for some reason, I suppose I wanted to see additional things like the battered cartridge box retrieved from Isandlwana they had on display alongside a modern replica (sorry no acceptable pics but I did try). 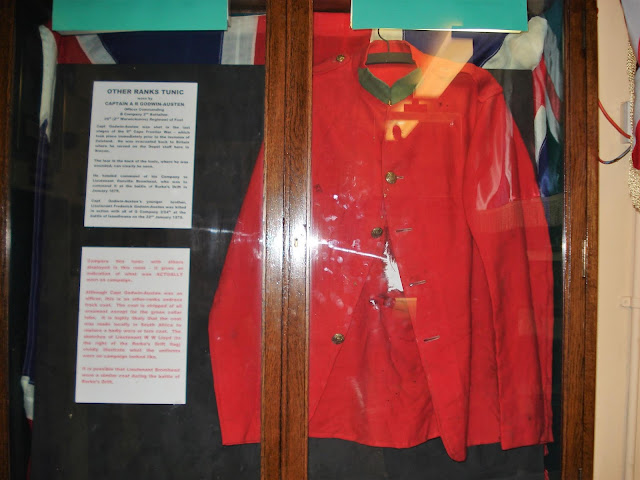 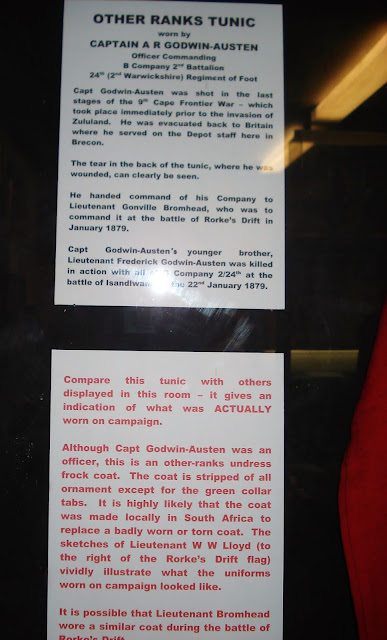 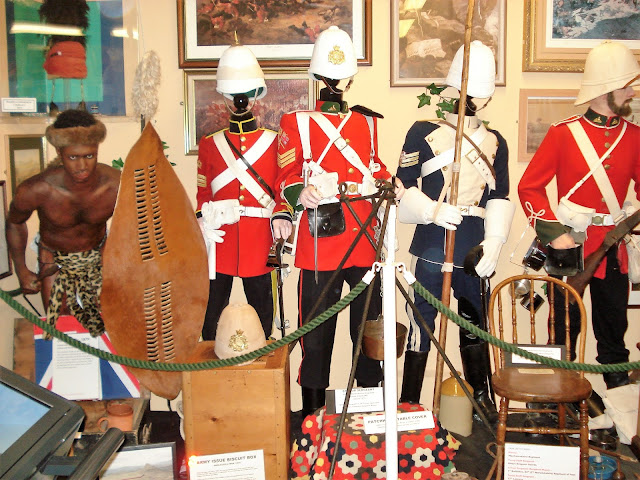 Also in this room is a cabinet showing the campaign medals for many of the Rorkes Drift defenders along with those that were issued to the next of kin for those at Isandlwana. There are some relevant explanatory maps of the various famous events and also a modern day aerial picture of Rorkes Drift. 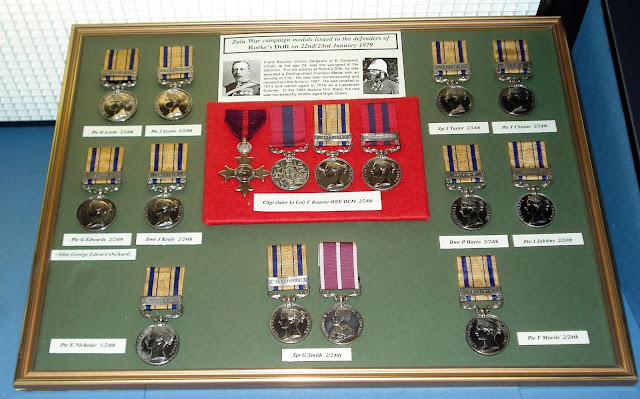 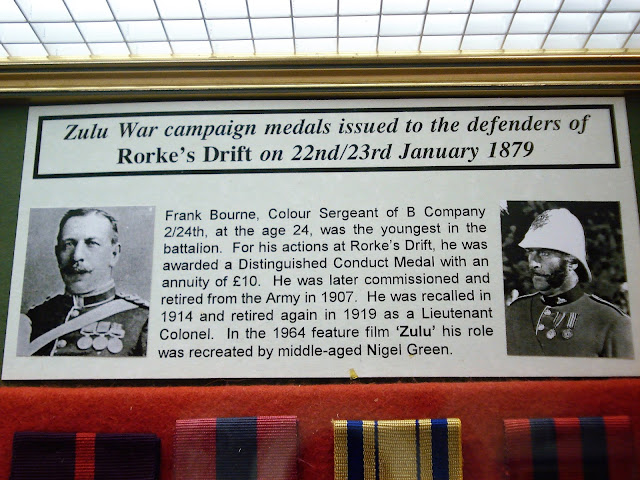 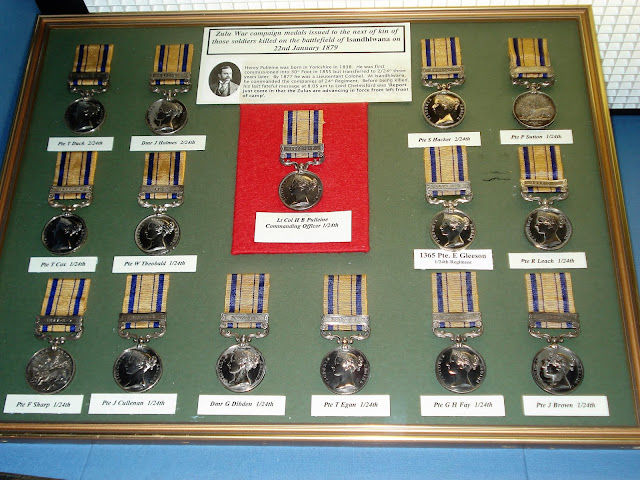 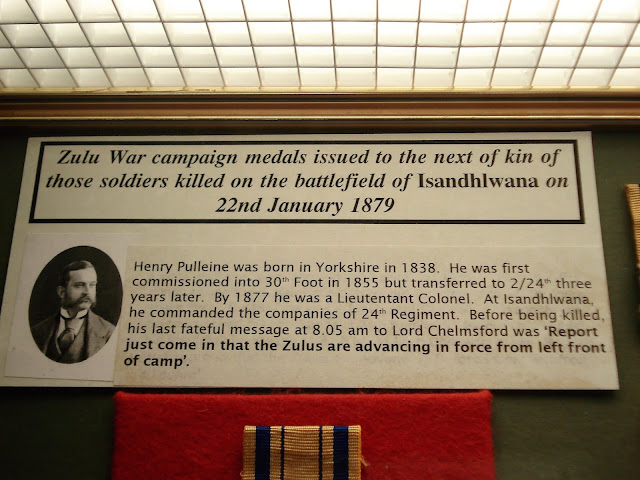 Unsurprisingly I spent more time in this one small room than any of the others, very interesting overall. 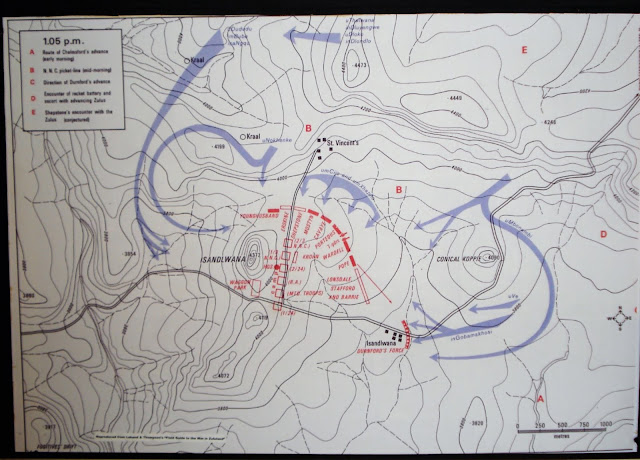 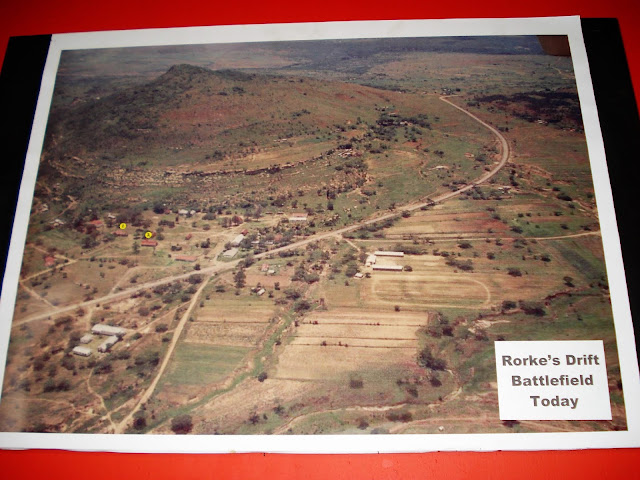 Off from this room are two even smaller ones, a medal room which I eventually worked out was in historical date order as you entered it and is stuffed full, the website says with 3000 medals but I know what you are going to ask next and the answer is no, they are not there.

Alongside it is a weapons room with an audio/visual display which was on but I didn’t watch it. There are the usual range of Napoleonic long arms, Martini Henrys, Enfield’s etc plus WW1 and WW2 stuff, all things that I had seen many times before but then I do go to a lot of museums but would be interesting for those who don’t. There was a quite good selection but the room was small and would benefit from better cabinet lighting in certain sections.

Back into the main entrance rooms and returning to the Zulu wars, here are displayed the Victoria
Cross medals alongside period pictures of the recipients, all the medals are replicas but that is only to be expected given their value and the ability of thieves to jump over the imposing turnstile that defeated me so easily. The museum doesn’t own all eighteen medals won at Rorkes Drift but they have included all of the recipients in the presentation along with others who subsequently earned the award in later years. 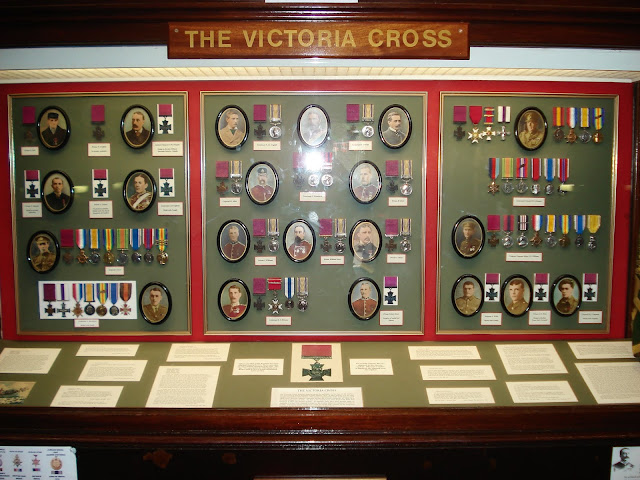 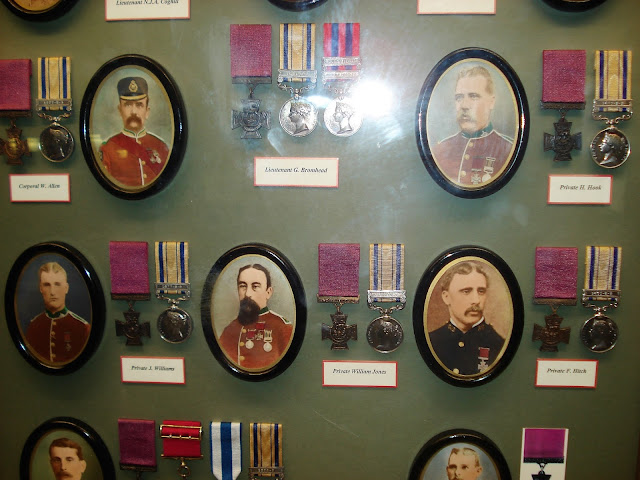 However, there was still on display at the time that I went, especially for the recent visit of King Goodwill, eight of the real Victoria Crosses awarded for Rorkes Drift, there was unfortunately strictly no photography allowed but I recall there being the medals for Privates Hook and Hitch along side Lieutenant Bromhead's. I thought the real medals looked slightly different from what we have come to recognize as a Victoria Cross, a little smaller and lighter in colour. I guess having no medal ribbons in their strong purple made a difference. Still it was an un-expected pleasure to see the real things. 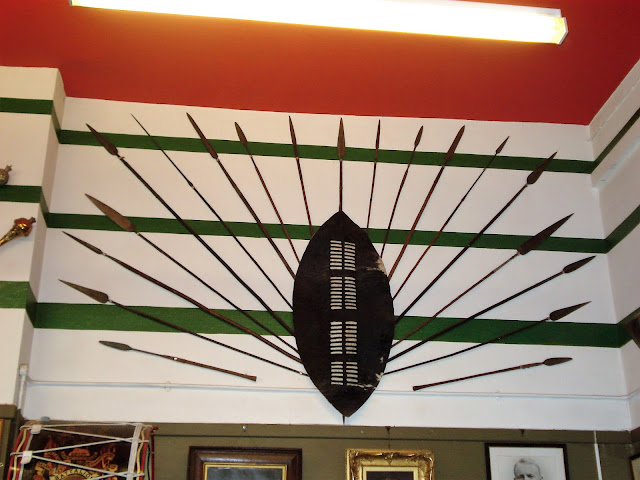 I spent about fifty minutes in the museum but then I never hang about when there is lunch involved, overall I thought it worth the trip and the entrance fee. Brecon itself isn’t that large a town and I would recommend having a walk around, there is also a town museum as well which I didn’t visit but I read that it does have some of the Roman finds from the nearby cavalry fort of Y-Gaer. I had looked at including this on my trip but it is on private farmland and not easy to find so I left this for another day after more investigation on getting access.

No pub picture this time as it just marginally fell short of the prestigious Mr Steve seal of approval.

This has been a day out with Mr Steve
Posted by carojon at 07:04