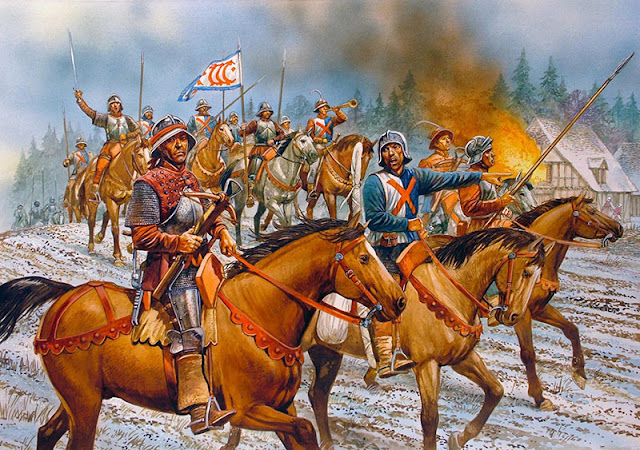 Whilst awaiting reinforcements for the 1:700th Age of Sail naval project, I have embarked on some outstanding work that has been on the to-do list which saw my AWI collection getting some further attention and to follow, work promised on some medieval light cavalry for my mate Vince as part of a contribution to a game we had planned up at Chez Chas in June this year that now looks likely to be postponed.
However as evidence of another case of faith triumphing over experience and on the hope we might still get together to do our game in the not too distant future, and with my commitment to get these done outstanding, I sat down two weeks ago and put a dozen Perry Miniatures plastic late medieval light cavalry together.

The briefing for these chaps was to keep them fairly generic types as they will be playing the role of Turcopoles in our intended game but could easily turn out for one of our club WOTR games as well as lining up for an Italian Wars set to, hence no specific liveries or banners. 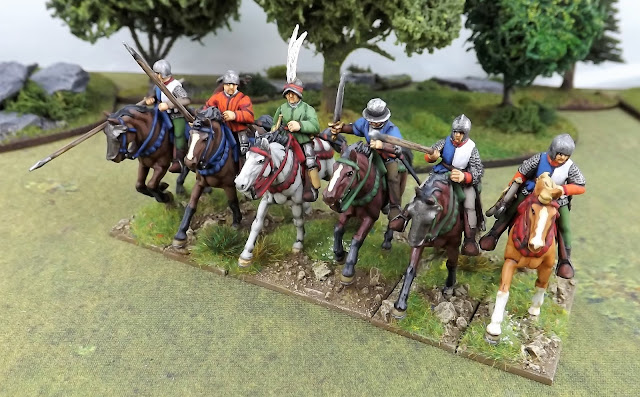 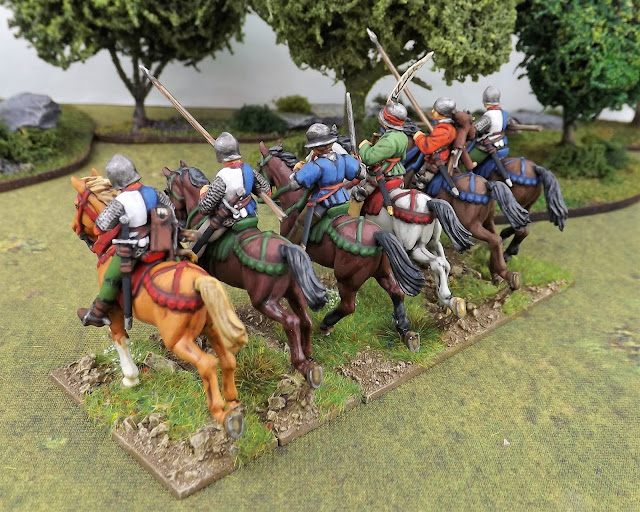 Perry's figures are a class above in terms of detail, design and horses that look like horses, and these plastics offer the usual flexibility to turn out very personalised miniatures that are a joy to paint. 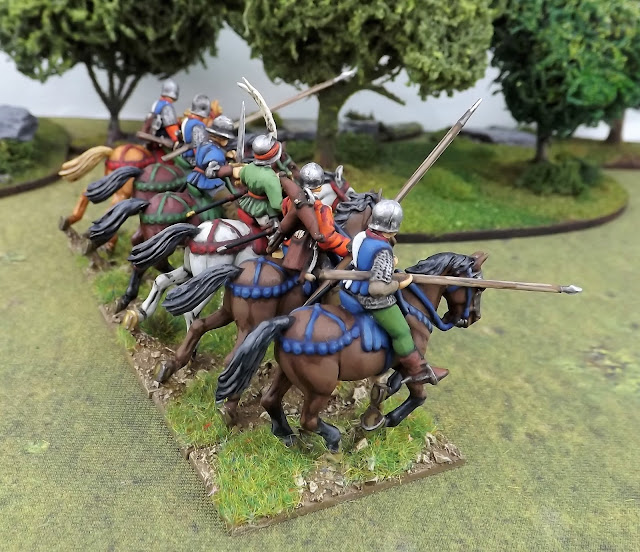 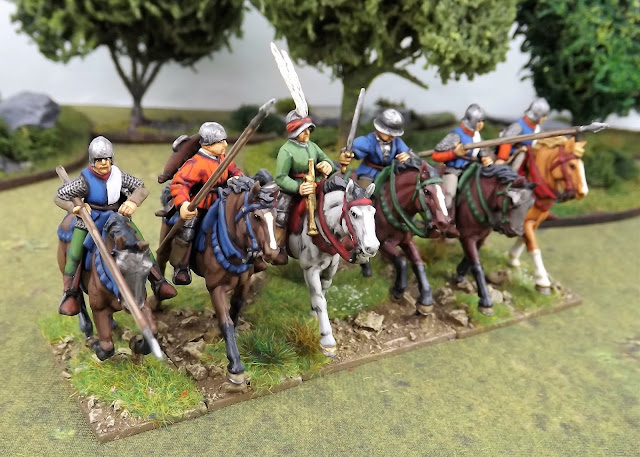 I have three boxes of these of my own, as part of a massive Wars of the Roses collection I have still to get stuck into, and so messing about with these figures for Vince gave me a chance to see how they fit together and the combinations of weapons, helmets and other accouterments that make every unit individual. 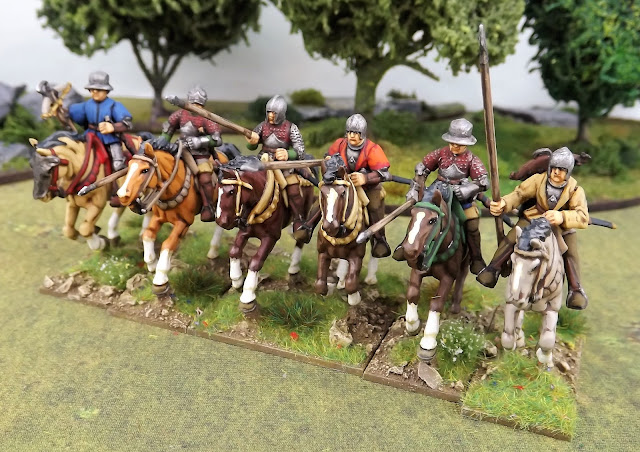 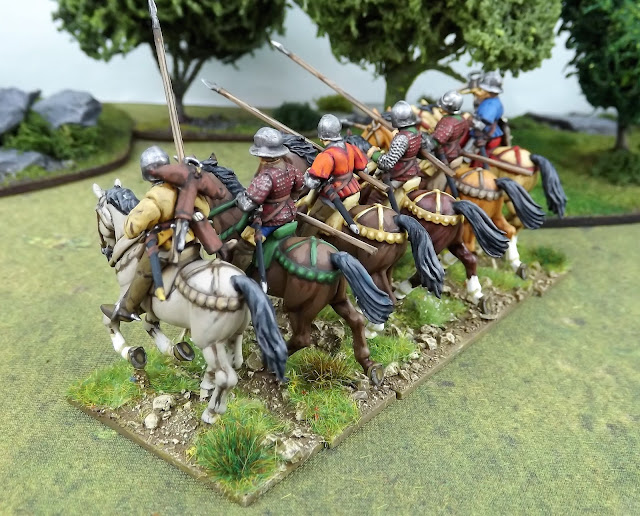 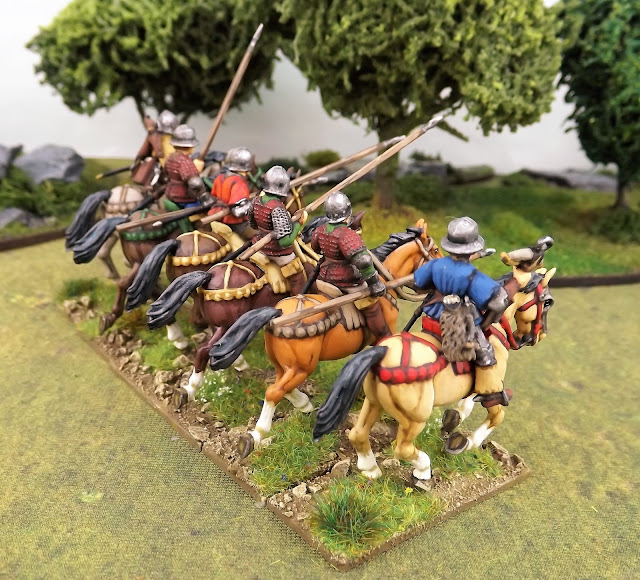 It has been really fun getting back into some figure painting for a while and this excursion into medievals only added to that, so I hope you like them Vince and here's looking forward to seeing them in action on the table. 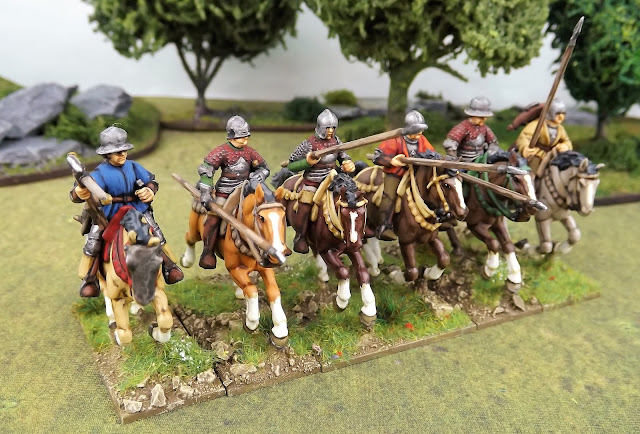 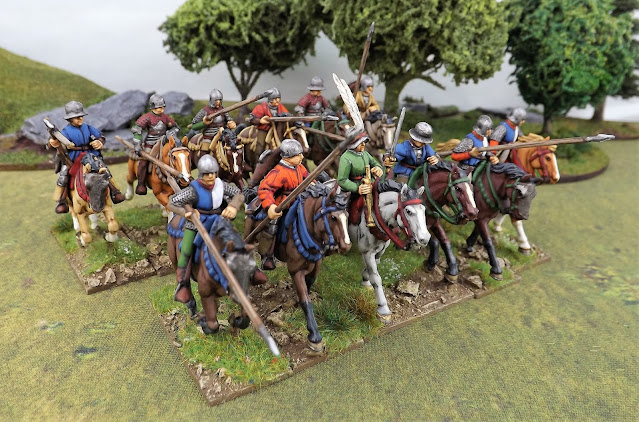 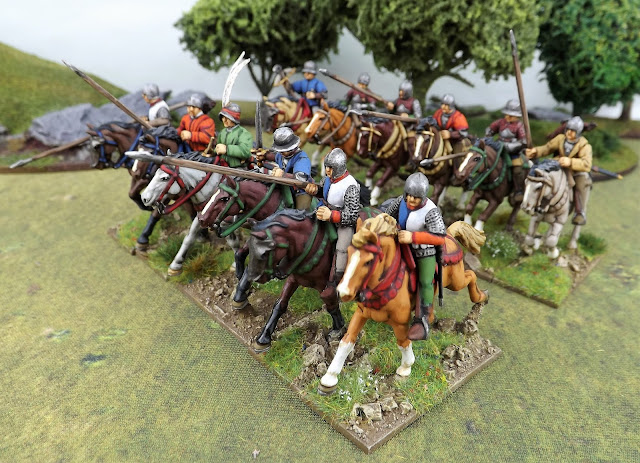 However I'm returning to the sea with a couple of models of a 38-gun frigate and 74-gun ship of the line, I'm doing for another mate, Bob, whose invested in a similar collection as my own, and these are intended to act as exemplars of the rigging set-ups for British and other nations ships.
Following that I may well be heading off to the dark ages, depending on whether the Spanish navy has turned up.
Posted by carojon at 07:19