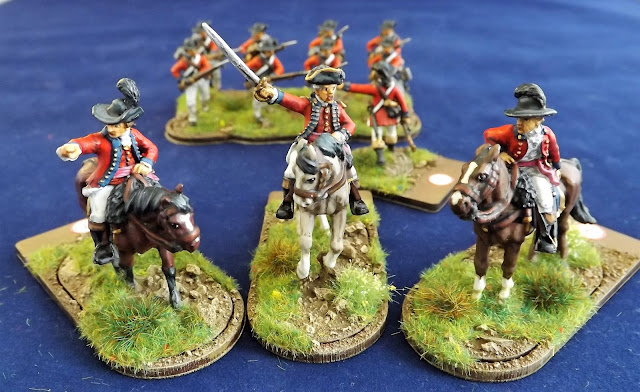 It was way back at the end of October last year that I last posted on my AWI Niagara-Mohawk Campaign collection of figures when I presented the last addition to the collection which were my Butler's Rangers conversions and a selection of Iroquois Indians, before Warlord Games launched their 1:700th range of Napoleonic ships that set me off on another tangent to build a quite different collection.

As well as just indulging myself by 'sailing off'', if you'll excuse the pun, on another project, the ship building allowed me to pause on the AWI collection as I considered how I wanted to base my figures using an appropriate sabot set up.

This plan incorporated the rather nice sabots from  Supreme Littleness Designs (SLD), who uniquely offer sabots with card rather than mdf bases, giving them a much reduced profile and with their irregular cut edges, a more softened look on the table.

Until recently SLD had been reorganising their business, which entailed their ordering page to be deactivated during the process, and so I took the time to focus on ships during that time and as soon as they were available ordered up the new bases together with some pill bases for my mounted commanders for which I had painted the figures in early November but were unbased and not ready to show. 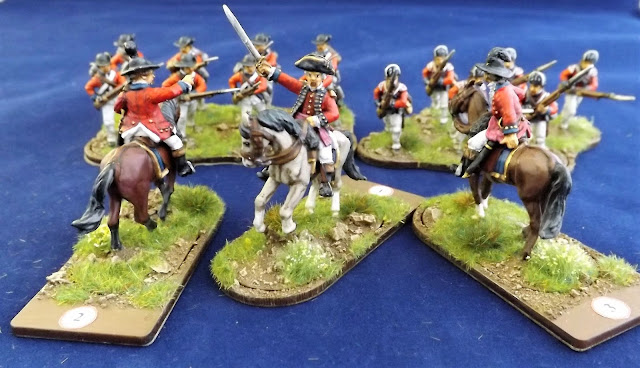 I really like the SLD Command sabots that allow a space at the back to place an identifier marking to make spotting a particular commander on the table that bit easier but keeping things relatively unobtrusive and I had used them before with my Augustus to Aurelian collection of Romano-Dacians.

The bases are marked up in a similar style to the command chits used in Sharp Practice and help make the relevant commander stand out from his units. 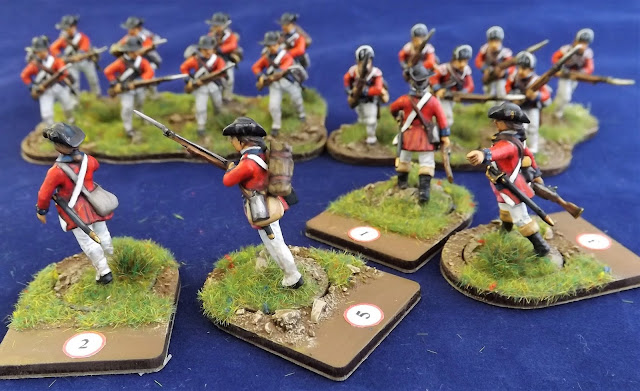 The mounted British commanders are completed to represent Royal Regiment of New York senior officers together with Sir John Johnson, Officer commanding on the Niagra Frontier and as well as my foot commands for my Rangers and Indians I now have 'Mad Dog' mounted, wearing his Seven Years War British Colonel's jacket and tricorne. 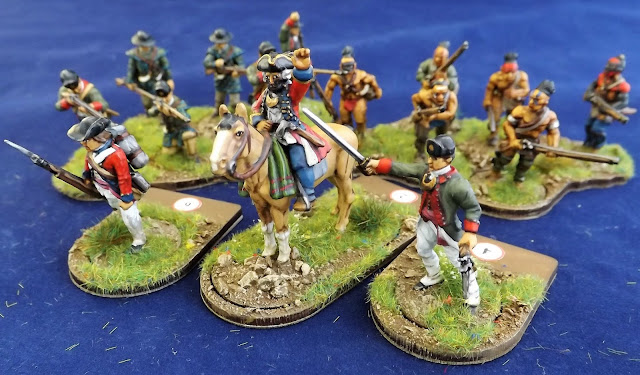 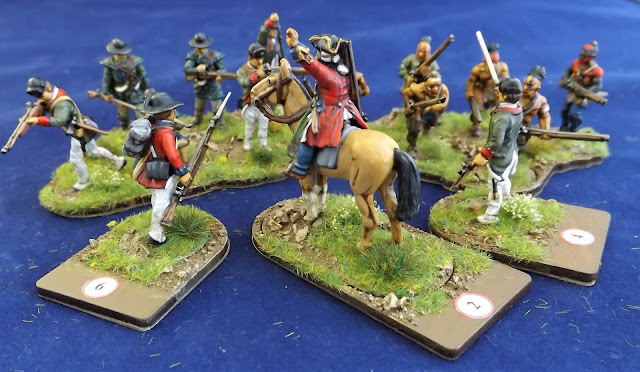 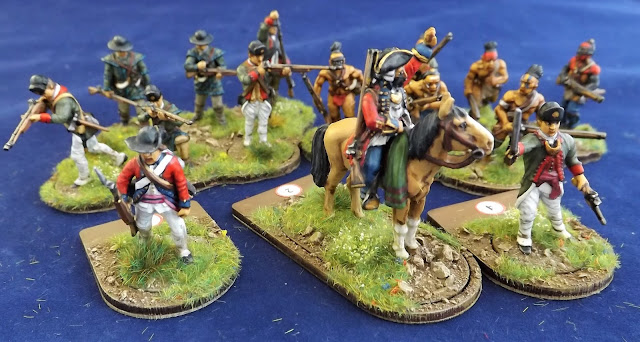 As well as the British and their Indian allies, I have started to put the first parts of the American part of the collection together with my mounted American Militia general officers, suitably adorned in a mix of military and civilian garb and the infantry I put together for a Devon Wargames Group club game have been rebased ready to join others when I get the opportunity to add them over time. 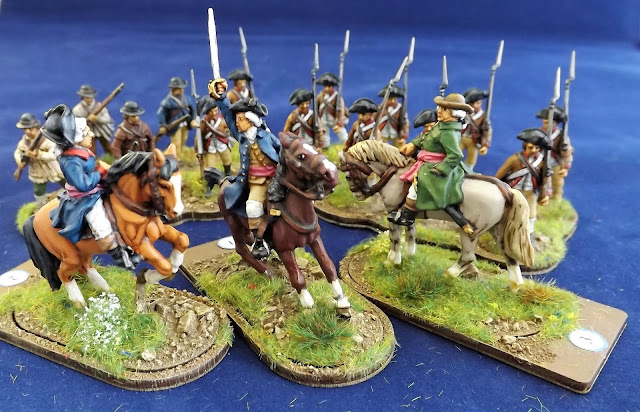 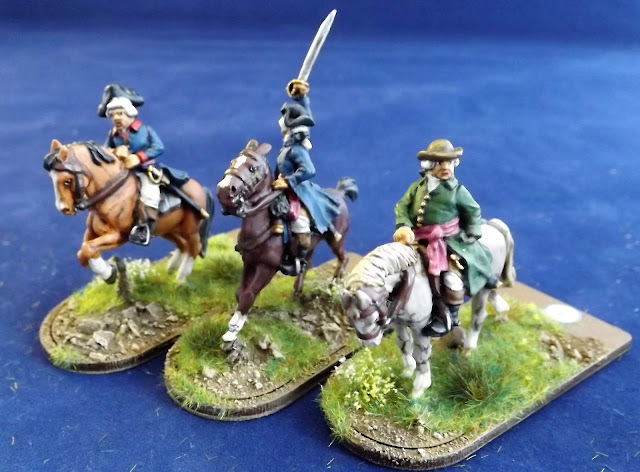 The Perry militia officers are such a nice set of sculpts and will add lots of character to my American army of State and colonial militiamen. 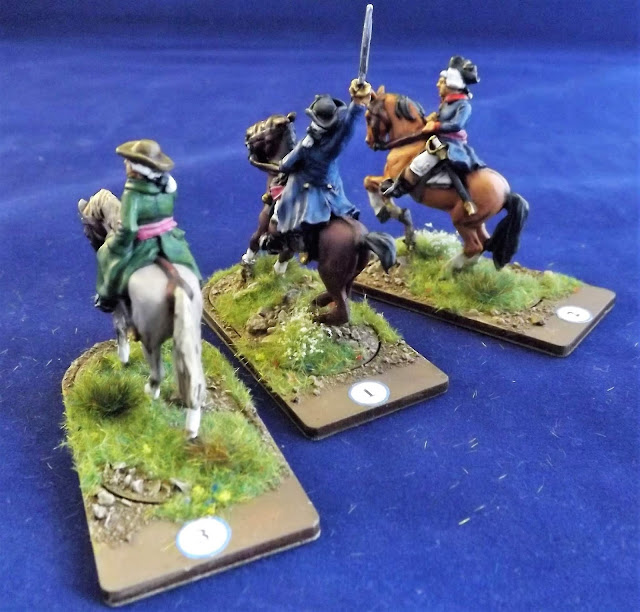 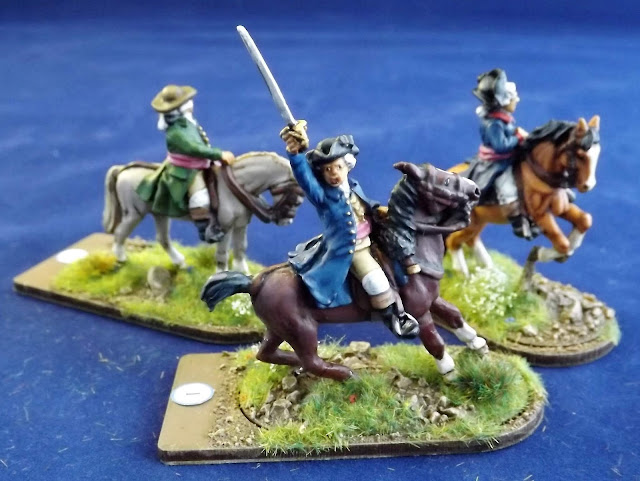 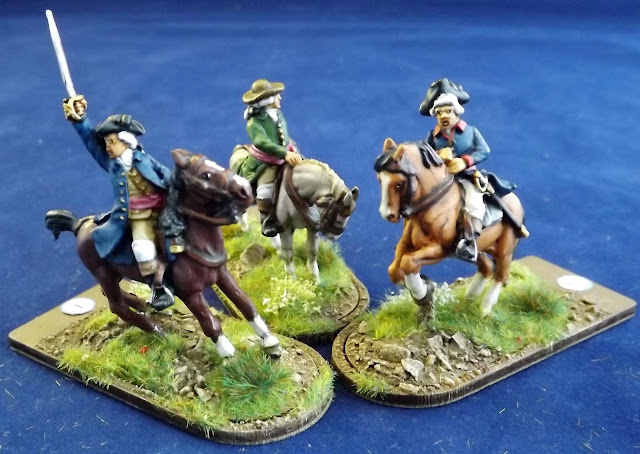 However with Spanish naval reinforcements ordered up and two other projects to get done before they arrive, I will turn my attention next to the medieval period with some Perry plastic 28mm hobilars currently underway that I am painting for a friend.
More Anon
JJ
Posted by carojon at 03:39