Well with April finally here I'm starting to take stock of the first three months of 2013, where did that go! I'm starting to look forward to the next four months in terms of figures to get painted and games to play but I also know then that given family commitments, holidays, going out to enjoy the weather!! etc, the middle months of the year tend to be limited in time to focus on the metal warriors.

As you can see my plan has very much of a Peninsular War Napoleonic theme to it interspersed with other periods to play as I go. I have laid out a framework in previous posts of aiming to play a series of British battles from the war in a linear time format developing scenarios along the way and painting new figures to add to the collection as I go.

With Rolica done and dusted and the new table completed, its full speed ahead to Vimeiro, the themes of which I laid out in my post last month. I find it helps me to focus on what is needed now if I have a scenario plan in mind with the precise figure and terrain requirements to make it happen.

I decided that Vimeiro offered an opportunity to put together a core collection that would form the foundation of both my British and French forces, allowing me to add allied contingents as I progressed my scenarios into the war. My thinking is to be painting contingents for the next scenario whilst playing the current. Then to release my ideas to the wider world after play testing.

So how is the plan standing up to first contact with the enemy, General Time?

Well I have completed all the forces required to play my Vimeiro Light scenario, which based on Dave Brown's Wellington's Victories Scenarios Vimeiro Hill and Ventosa, breaks the battle down into the two actions that characterised the battle. I will be playing Vimeiro Hill at Legionary in Exeter next month as a demonstration game from the Devon Wargames Group. Between now and then I am aiming to play Ventosa at home on the new table, with a few mates.

In addition to that I have almost everything together to play my Vimeiro full fat scenario with everything in except Trant and his Portuguese who played a very supporting role in the actual clash. With the 91st Highlanders waiting to be done and three British Gun crews to be picked up at Salute, I just need to put a few extra river sections together and I can get the "big one" played hopefully in early June.

Speaking of Salute, I have sent off pre-order emails to War Modelling UK, Old Glory, Magister Militum, who I have asked to bring me one of these. 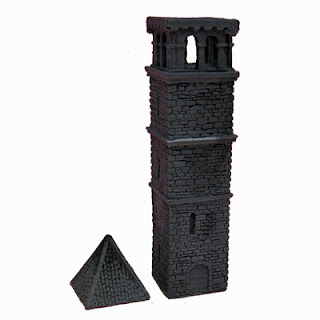 This little delight is going to be a centre piece on my Battle of Oporto assault river crossing scenario with the wine barges. You can see something similar in the picture below which comes from a very interesting Portuguese blog Port and not only

Also Fighting 15s, TSS and Plastic Soldier, the last of which will be bringing up my copy of Kamfgruppe Normandy and the extra copy of the rules. I played the Kursk set in January KG Kursk AAR - Devon Wargames Group at the Devon Wargames club meeting and am keen to have a go with my Normandy collection, so watch this space for a report.

I am also looking forward to checking out the Xan figure range from Empress Miniatures, this range of Napoleonic figures look very nice in the pictures, I just want to see them in the flesh.

With regard to planning and building for the next game whist playing the last, I have already put the Corunna scenario together focusing on the fight for the village of Elvina. This will require at least two British line units faced and laced Blue and Gold to cater for the 1st Royal Scots and the 4th King's Own. There were no such faced and laced units in the Vimiero campaign, Yellow being the popular colour that season! and so as I also need KGL units later for Oporto and Talavera, the KGL will be standing in for these two illustrious regiments for my Corunna re-fight.


Now to a slight change in the plan. I thought it might be fun to post my scenarios before I play them, then you can tell me what you think (keep it constructive please) and I can tap in to the JJs Wargames Brain Trust for any gems. So I have put up the links for Vimiero Light, Vimiero Full Fat and Corunna. Please note, that I have posted the Vimiero and Corunna scenarios before play testing myself. In addition I have taken ideas from other scenarios and rearranged them accordingly. In so doing I have recognised those sources when known. There may be errors that will need correcting that I would probably pick up during a game, so play with them on that basis, and let me know your thoughts.

One thing I will point out is that I have put them together, initially, around Carnage & Glory as I really like this rule set and, following last months Rolica game,intend to play more games using them this year. I have even managed to commandeer Tom's old school laptop to become my official wargames playing computer. However if you are interested in playing these scenarios with other rule sets, don't be put off as the battalion strengths are based on historical sources and should easily translate to other sets.

Please check out the Carnage & Glory Yahoo Group as I intend to post all the game files in the files section there. If you do use the rules or are thinking of doing so, all the stuff you need will be there.