It was on the 1st of June 1734 that the 9th Swiss Regiment for service in the Bourbon French Army was raised in the Swiss canton of Grisons under the command of Baron Travers. In 1740 the regiment was renamed Regiment de Salis-Soglio, then in 1744 Regiment de Salis Mayenfeld and listed as the 99e Regiment of Infantry, changing its title again in 1762 the the Regiment de Salis-Marchlins.

In 1791 the regiment moved up in the lists and was retitled 95e  Regiment d'Infanterie only to be disbanded the following year in Corsica.

In 1798 the regiment was reorganised under Colonel Jean Veinnet and was composed of the following units:
Detachments of the 22e, 29e, 51e and 94e demi-brigades d'Infanterie de Ligne

During this time the regiment was on active service against the Austrians on the Rhine frontier with an attachment to the forces organised for the expedition to Ireland in 1796. 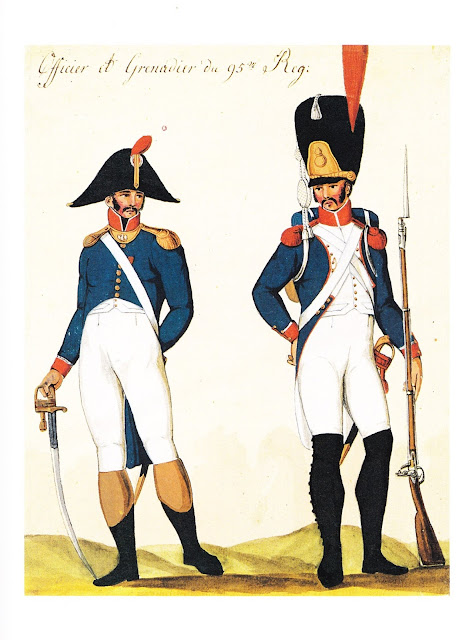 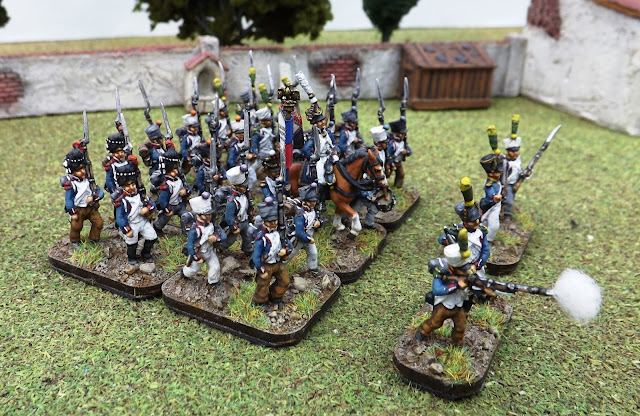 The 95e Ligne is the one regiment I have the least information about and thus have relied very much on the Otto Manuscript illustrations for a guide to the look of the regiment in 1809. 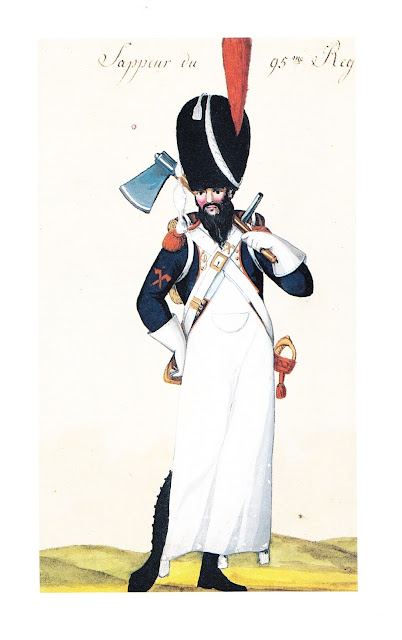 As you can see there is nothing illustrating the fusilier or voltigeur company men or the musicians and I have thus gone with a classic look for these companies without any other sources to go on. 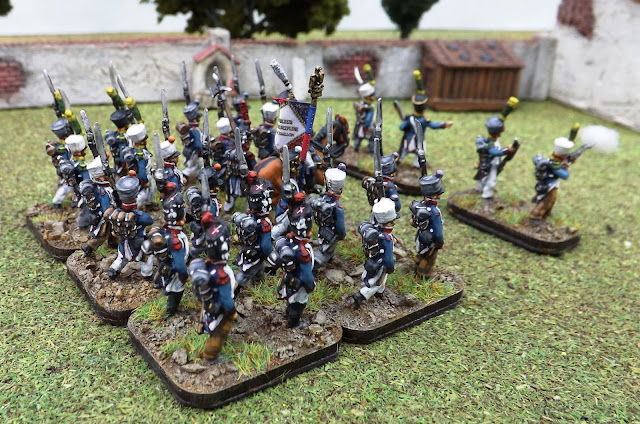 Points to note are the white chords worn by the grenadier and the pale light blue of the facings on the sapper which I have chosen to replicate on the musicians for my regimental look. 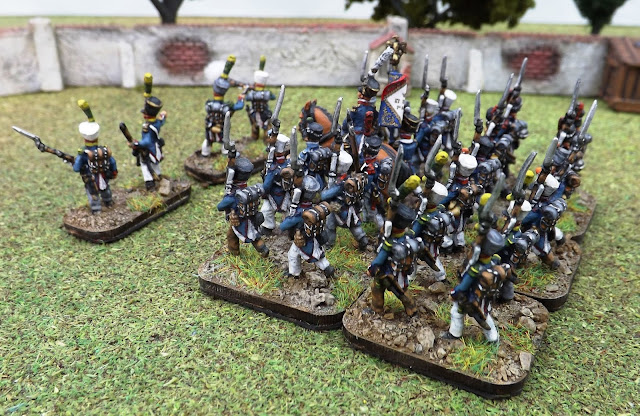 With this first battalion of the 95e Ligne done, it just leaves two more battalions to complete the regiment and the twenty-four line battalions that composed Victor's I Corps d'Armee. In the next post featuring the second battalion we will look at the regiments involvement in the Peninsular War prior to Talavera. 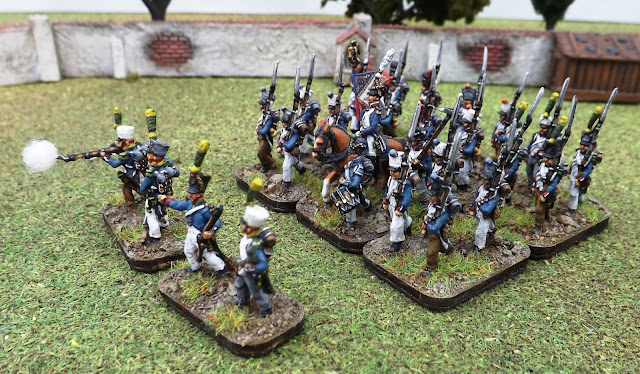 Next up JJ's Wargames Artillery Correspondent, Mr Steve will have yet more information for you big gun fanciers with the next post covering his look at the Royal Artillery collection at Fort Nelson, Portsmouth.
Posted by carojon at 11:55