As anyone who has been following the blog over recent months, will have noticed that in between the posts about trips to Holland and Over the Hills play-tests, there has been a collection quietly building in the background.

Things got started back in September last year, but the inspiration to get this collection built can be traced back to our trip to York last June with all the Viking inspiration that city can generate coupled with a re-visit to Dux Bellorum as a potential rule set to use.


Whilst putting this lot together I had to start thinking about storage and basing, the first consideration has seen me join the rest of wargaming humanity by purchasing my first set of Really Useful Boxes together with some inserts from Warbases to carry multiple layers of figures in the nine litre boxes.

When not in transit I plan to put these chaps in the room display cabinets, but hopefully two nine litre RUB's will carry this lot, the rules, a bit of terrain and markers.


The other consideration was basing which ended up with me using the six figure rectangular sabot bases for heavy infantry, be they warrior or shield wall and the three frontage skirmish bases for my light troops.

One last part of the plan was putting together a few Saxon and Viking helmeted warriors together with some suitably styled shields which will act as markers on my generic warrior bases to indicate the team they are on. That way I can mix and match my warriors between my Saxon and Viking forces as the scenario dictates.


In time, I plan to add a few other pieces to this core collection including a few mounted types and eventually another group from the ninth century like some Welsh to represent the groups down in the far west country.

Alongside the warriors I want to get some casualty figures to sprinkle about the table as required and I thought a few civilian types including the odd monk or priest would make a nice addition.

Whilst adding bits at last November's Warfare show I invested in a lovely looking Celtic cross from Trevor Holland at Coritani/Magnetic Displays.

I think the cross should serve as an interesting objective marker.


The Viking archers are metals from the Gripping Beast range and are supplied with loose bows.

In addition to other figures the shopping list also includes getting a range of Dark Age buildings and a timber wall to do some attacks on Burghs with a few scaling ladders thrown in for good measure.

Having visited Lydford a few years ago, which was a Royal Mint back in the ninth century and actually beat off a Viking attack against its walls, I fancy trying to build a scenario around it. 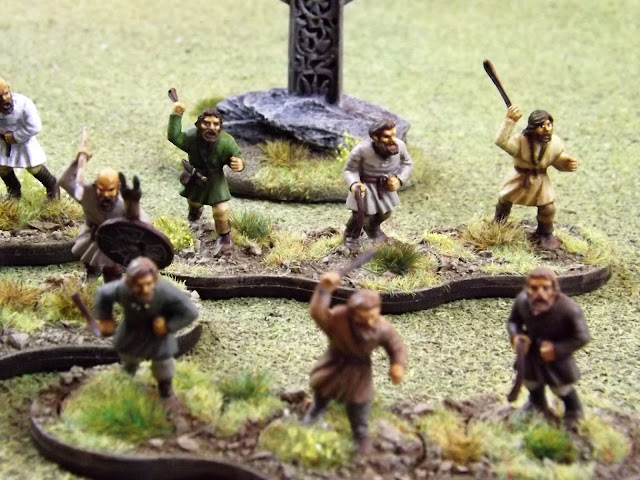 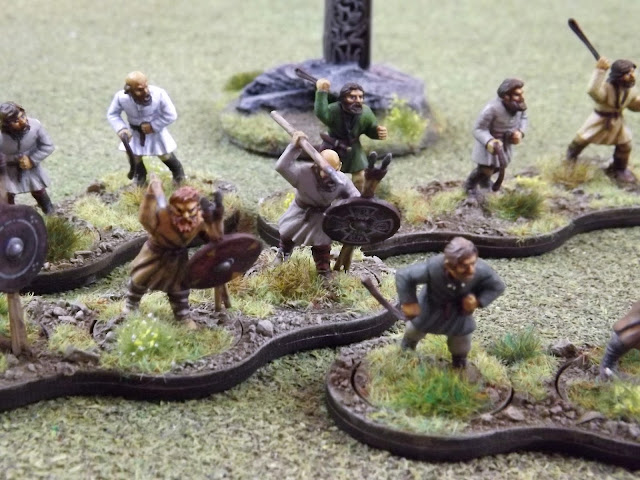 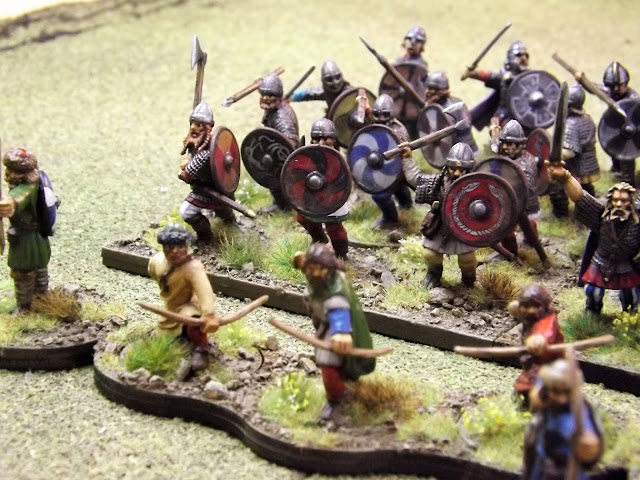 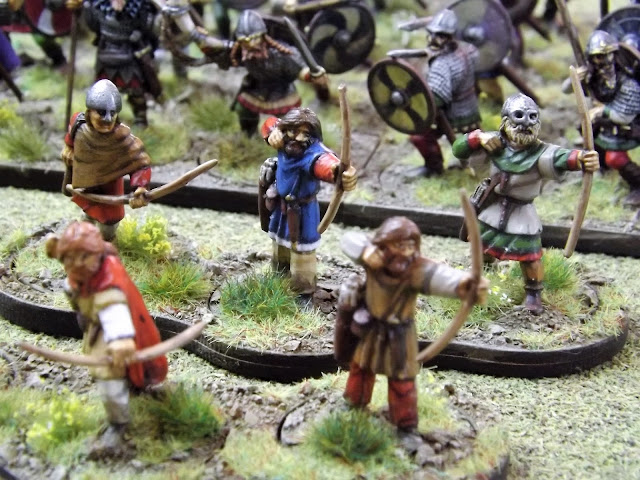 I also intend to add a lot more banners, and thanks to Ray Roussel for making available some of his own designs. They really are nice and add a bit of variety to the LBM produced options. I just need to put a few more standard bearers together, so that is on the list as well.

Don't Throw a One - Viking Flags


With this project now done I now just have one smaller one to attend to, namely a couple of sections of 28mm Fallschirmjager and a certain famous Captain in the Walmington-on-Sea Home Guard who will be gracing the table at this summer's trip to Chez Chaz for our north Devon big game and then I can finally turn my attention to the big project, the Romano-Dacians which I am really looking forward to getting stuck into.