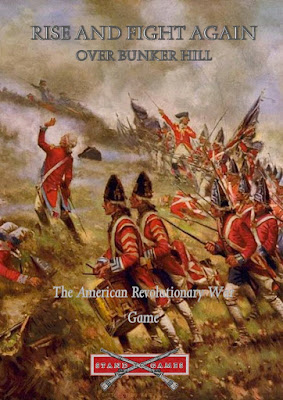 Following on from the review of Rise and Fight Again that I posted last month, Steve M and I took the toys over the Devon Wargames Group for our October meet up and ran the game with four players totally unfamiliar with the rules.

As you can see our table was based on a Guilford Courthouse style set up with the troops, Army and Brigade cards on and ready to go. 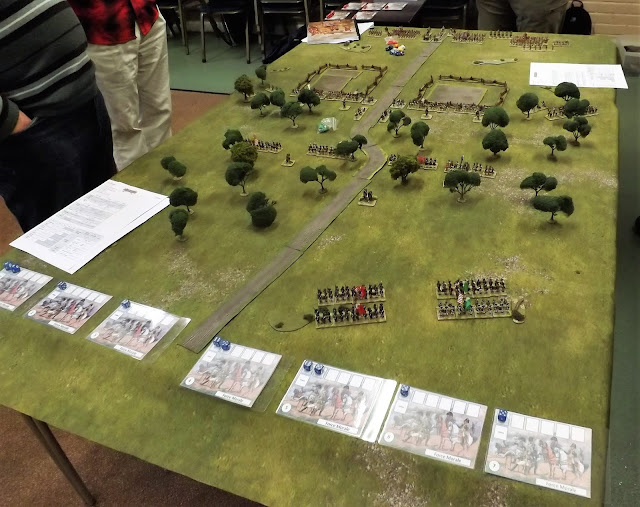 I have really enjoyed these first games of RAFA and think they have a lot to offer for the AWI enthusiast and can see myself happily playing these going forward.

If you haven't checked these rules out yet then I can recommend doing so. 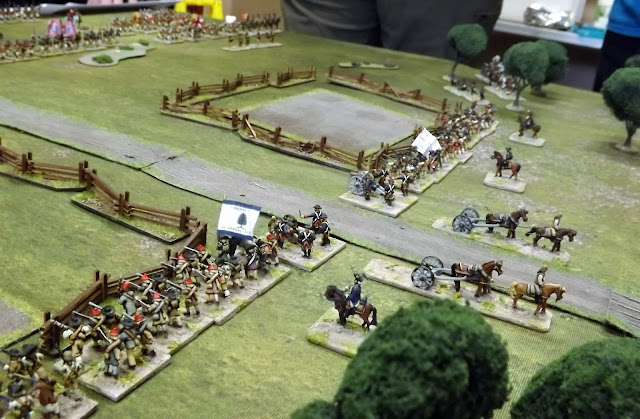 More thoughts over on the DWG blog

Finally with a little less than a week to go on the Kickstarter for 'Oer the Hills' Early Peninsular War Scenario book, the total has now passed the £1500 mark and now offers an added bonus of two extra scenarios by myself looking at encounters from the middle and later periods of the Peninsular War, specifically Barrosa 1811 and Castalla 1813.

I play-tested the Barrosa scenario at the DWG when first getting started with OTH and have ended up re-writing the scenario based on further reading which sees the orders for the armies changed, a new map and order of battle, I think offering a much better interpretation of the actual battle than I first conceived.

The second offering is my interpretation of the battle of Castalla fought by Sir John Murray's Allied army against Marshal Suchet in 1813. Having walked the battlefield earlier this year, I came away with a very vivid impression of this battle which posed serious questions to both commanders about how far they were prepared to press the result.

In addition to them there is also the opportunity to pick up an extra army list for the early Portuguese army that aided Sir Arthur Wellesley on his first expedition to Portugal and did their best to resist the French prior to the Beresford reforms that would turn them into Wellington's 'Fighting Cocks' and a very potent force within his Peninsular Army.