As regular followers of the blog will know I like to sprinkle in amongst all the history and wargamer posts the odd piece looking at the beauty of Devon and in particular the natural fauna and wildlife that can be seen here in this part of Britain.

This weekend has seen one of the hottest and sunniest Easter bank holidays in recorded history and the British public have been treated to five glorious days of unremitting sunshine and tea-shirt wearing blue skies which as well as having an effect on the inhabitants of these isles has meant an awakening of some of the animals as well.

On the first day of the change in weather I stepped out to set off on my daily bike ride designed to keep the aging frame in as good a shape as I can when I noticed a rather large Peacock Butterfly which had obviously emerged from its overwintering cubby-hole to warm up in the sunshine and was still in the same position on my return forty minutes later only to then fly off towards the flower bed. 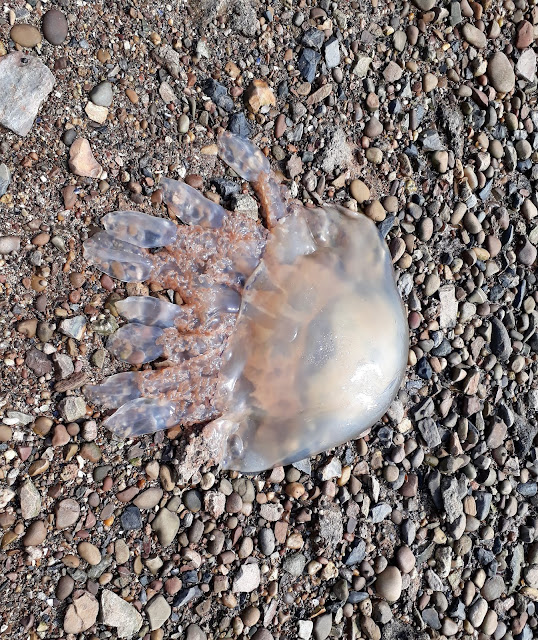 The River Exe and its estuary is the dominating feature of the local landscape and indeed lends its name to the city of Exeter and my home town of Exmouth, naturally at the mouth of the great river.

The estuary is a recognised bird sanctuary and breeding ground for several key marine species and also forms a very nice backdrop for walkers and visitors to the area. 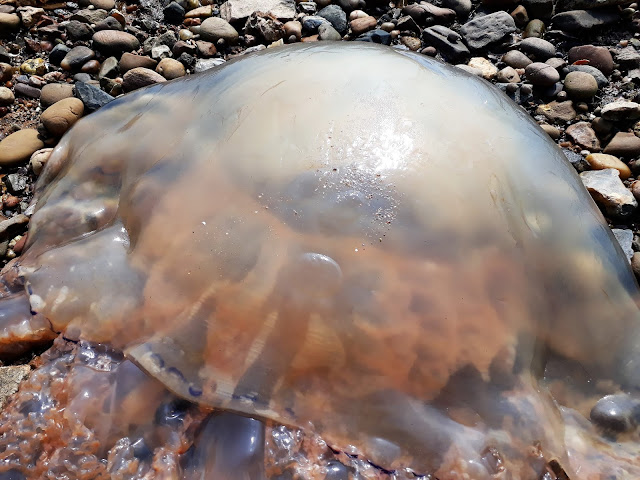 On Saturday Carolyn and I decided to walk from Exmouth along the shore of the river up to the next village, Lympstone, and took a slight detour from the path alongside the river to head on down to the shore line, principally to escape the weaving cyclists that predominate on a sunny bank holiday. 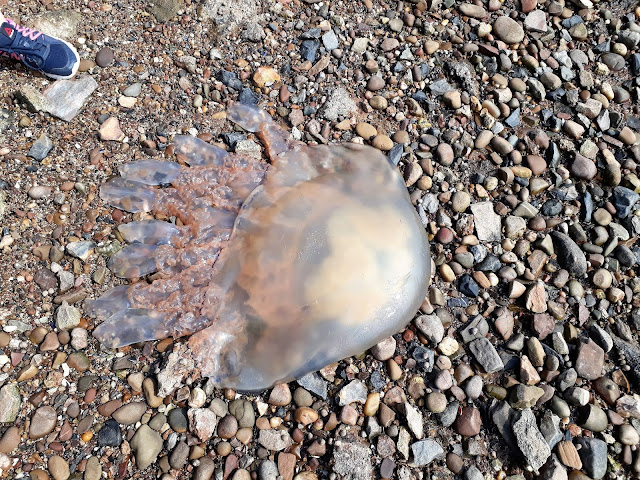 The river has experienced a few high tides in recent days and I suppose it was not a total surprise to find these large barrel jellyfish stranded along the shoreline.

The barrel, dustbin-lid, frilly mouthed or football jellyfish is aptly named as its size is immediately noticeable when stranded on a stony shoreline being the largest jellyfish in British waters. 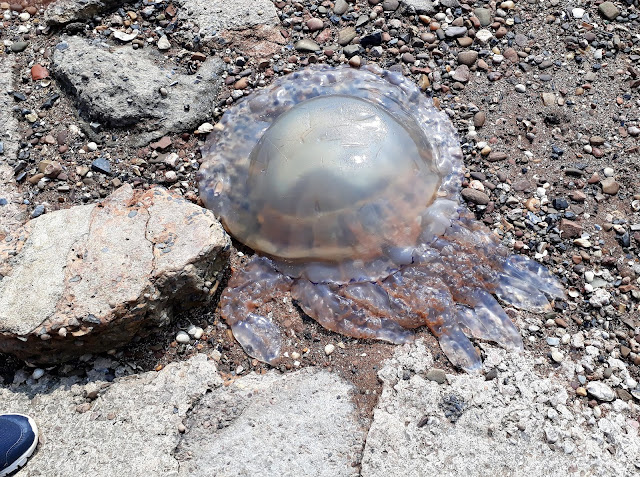 The body of the creature is quite a solid jelly consistency and despite its dramatic appearance is reported to be not a potent stinger although both Carolyn and I did not put that theory to the test.

The typical size is up to sixteen inches in diameter and the five examples we came across on our walk were easily in that region.

They are common in the waters off the South West of England and are a favourite food for leatherback turtles. 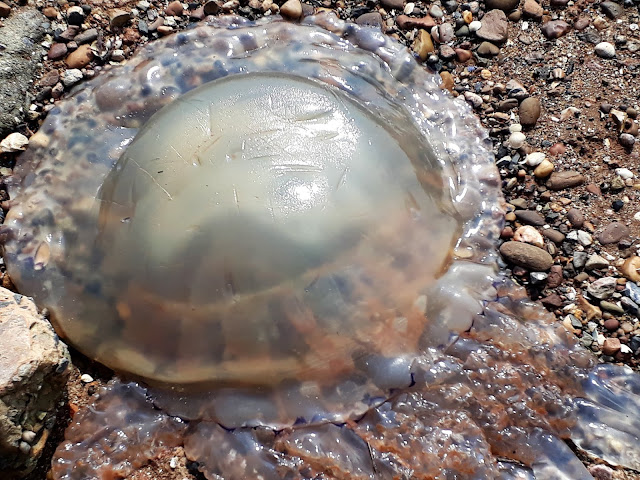 Next up, Dacian warband number eight is nearing completion.
Posted by carojon at 03:00