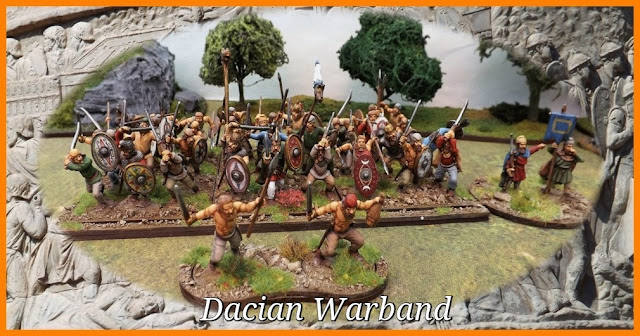 So following a slight detour into WWII and my collection of British bombers and German nightfighters brought to completion with the few purchases made at Salute, it was back to my main project, the Romano-Dacian collection which sees Warband number eight added to my Dacian host and about two-thirds of the force completed.

If you are interested in looking back on the others in the collection since work started back in September 2017 with Warband number one I have put links below to the other posts, together with a link to all the work on the collection completed too date with terrain and games played. 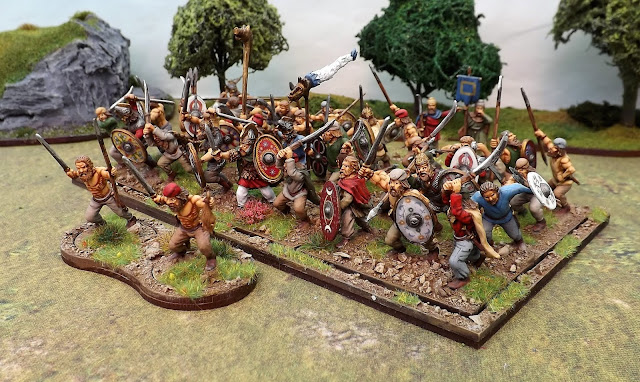 As with previous builds, my Dacians are primarily composed of the Warlord plastics with a few strategically placed additions from Wargames Foundry, which work well with Warlord, to help add further variety to the look of the unit as a whole. 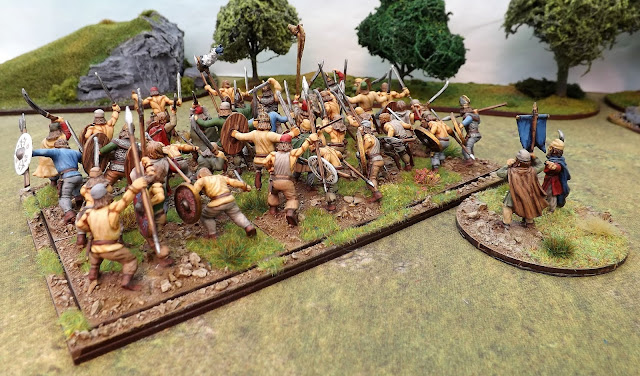 With an eye to the army as a whole I have given this warband a blue and white themed draco standard to compliment that carried by number seven, thus pairing my warbands into regimental groupings of about two-thousand men. 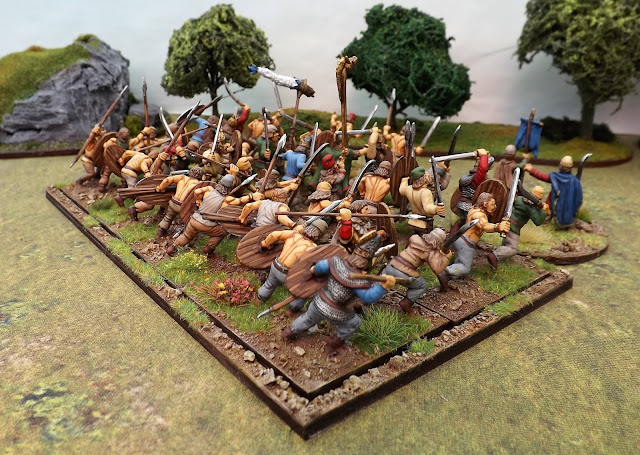 Each thirty-six figure warband is accompanied by a two figure 'brave warrior' marker that is used to indicate when the unit has used it brave warriors to gain an advantage in combat, rather similar to Romans throwing pila and I try to have these markers looking that little bit more aggressive with multiple weapons in hand or carrying the odd head, careless of their own preservation as they launch themselves into the hated invader's ranks. 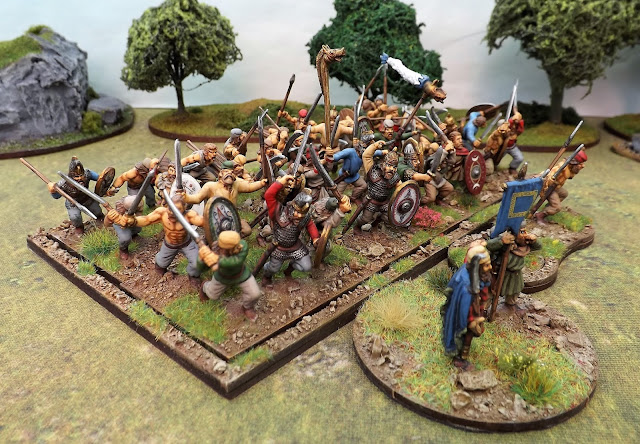 The plan will see at least twelve, possibly fourteen of these warbands available to the Dacian player to line up alongside the Sarmatians and really create a big battle look to the table opposite a Roman line. 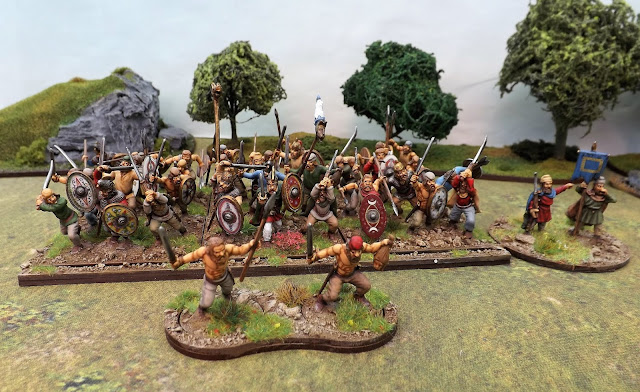 I was really excited to see the plans for the Victrix Dacians and will no doubt add a few units of their offerings to add further variation to my host as well as all the loveliness that Victrix brings to any collection.

Talking of Victrix loveliness, next up will be my first cohort of Victix Roman Auxiliaries complete with heads held aloft on spear points, which I am really looking forward to taking a brush to.