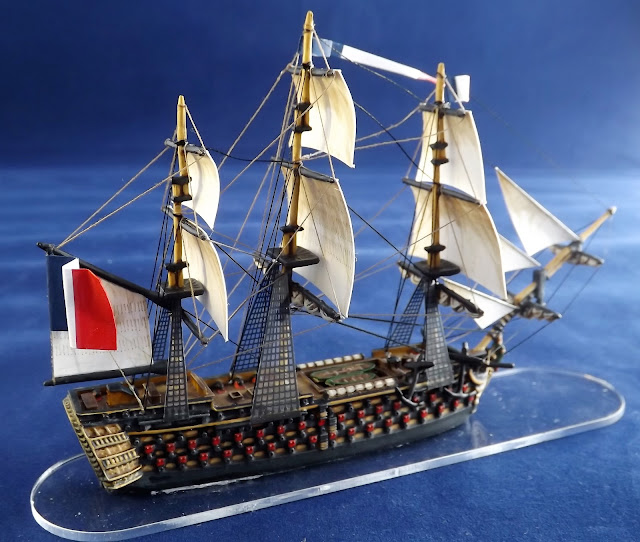 This series of rigging tutorials concludes with a look at fixing running rigging on French and Spanish Napoleonic ships.
All at Sea Rigging Tutorial Video - Part One, Standing Rigging
All at Sea Rigging Tutorial Video - Part Two, British Running Rigging
In this final video I demonstrate the fixing of running rigging to a frigate illustrating the difference to that shown in the video looking at the British rig. A little longer than the previous two, I have shown the method for each mast in detail which will hopefully make the process easier to follow.
If you intend using these guides to help you work on your own models you might find the rigging PDF tutorial I produced earlier a useful accompaniment - see the link below
JJ's Wargames - Rigging Tutorial
Next up - More adventures in the land Vassal and Steve and my game of Washington's War, and a booe review looking at the naval war of the American War of Independence
Posted by carojon at 02:19