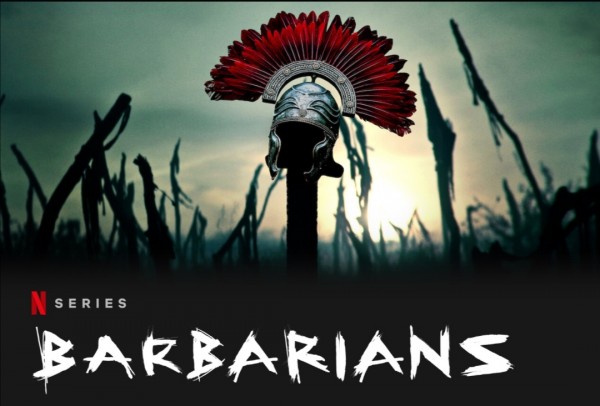 I've just finished watching Series One of the new Netflix historical drama Barbarians, based on the Teutoburg Forest disaster of 9AD in the forests of Germania and I have to say I very much enjoyed it.
https://www.netflix.com/title/81024039
Ok so it's not Tacitus and the actual battle is squeezed into one of the six episodes, not for me quite able to create the impression of the three to four day attritional fighting that characterised the battle, but that said, it did capture some of the key events from the historical sources, with some artistic license to the story line and just as importantly the attention to historical detail in the sets and the dress of the actors really worked to get me hooked and looking forward to another series, which if the reaction so far is to go by seems fairly certain. 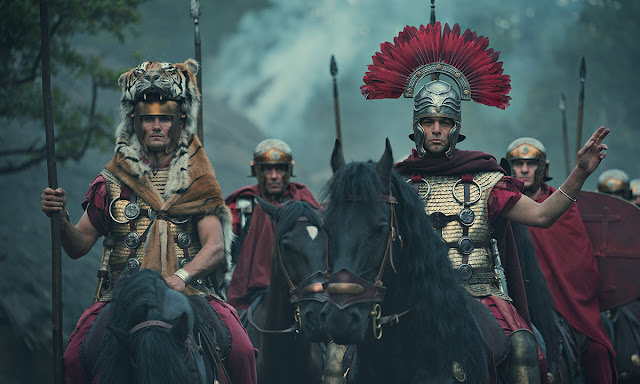 The storyline pretty much attempts to follow the historical accounts with 'spoiler alert' Arminius hoodwinking his surrogate father Varus into marching his three legions off into the woods, with a really clever and well acted set up showing how the whole situation is arrived at with some gorgeous sets showing Varus's summer camp complete with multiple Roman tents and a very impressive German hamlet of A framed houses around a large tribal meeting house.
However as well as a well acted storyline I was immediately grabbed with the attention to detail applied not only to the sets but to the look of all those extras which hopefully the few pictures from the series help to illustrate.
None of the dubious outfits seen in Gladiator, with Romans in a mixture of lorica segmentata and hamata worn by the common soldiers illustrating the gradual shift from mail to plate armour that seems to have occurred at this time on the German limes and wearing plain undyed tunics rather than the red seen worn by their officers.
Alongside that we had German warriors all displaying the kind of dress you would expect to see in Ancient Warfare magazine, complete with top knots in the hair and appropriate shield designs.
All this and Roman officers speaking in Latin with subtitles for those of us barbarians not quite able to keep up with such a civilized tongue. 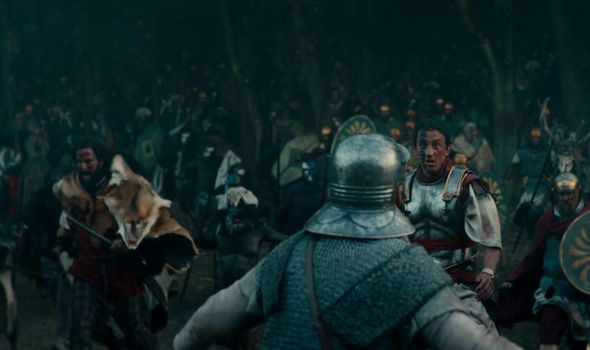 If you haven't tuned into this series yet then you might want to have a watch as this is not the usual sandals and spear ancient drama and things have been left perfectly for the Romans to come storming back in Series Two with Germanicus keen to establish a bit of Pax Romana.