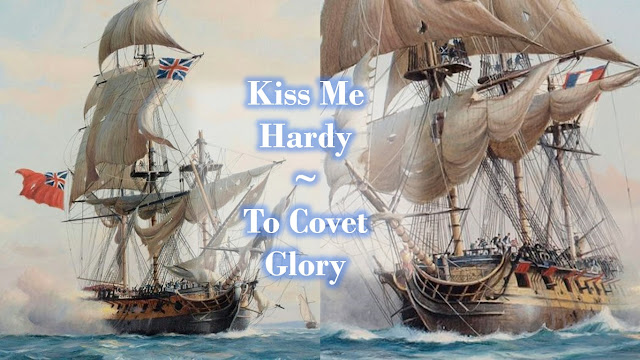 Back in March I wrote a post looking at the game items I have gathered to facilitate my age of sail games and particularly for use with Kiss Me Hardy and To Covet Glory, following enquires about them in the posts I have done looking at the games we have been playing with the 1:700th collection of model ships. Follow the link below if you missed the original post.
JJ's Wargames - KMH/TCG, JJ's Game Specific Items
In that post I showed a couple of items I was using that weren't quite the way I would want them, namely my angle of broadside firing template and my angle of wind template for which I was relying on some card and acetate versions until I could find time to remedy the situation with a more sturdy and frankly attractive alternative.
During my many forays over to the various naval wargaming group pages on Facebook, answering queries and comments about the games and model collection, I came across a post by Stephen Habgood, illustrating some acrylic turn circles and the wind bearing template from Kiss Me Hardy that he had produced in 2mm acrylic, and as if in answer to my declaration to do something about my then current options I immediately fired off a Messenger enquiry to see if Steve would produce said wind template for me.
So after exchanging a few messages confirming dimensions and designs, Steve was finally in a position to let me have my new look templates as seen below. 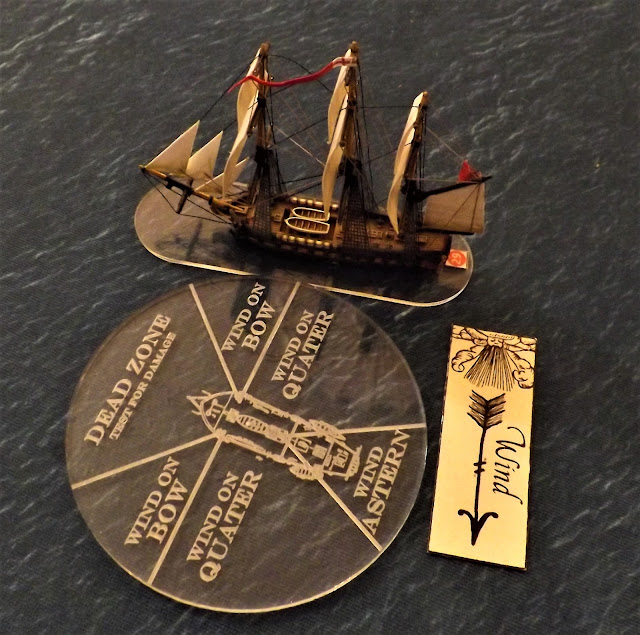 As you can see the new template mirrors the style of the pill bases from Fluid 3D that my models are mounted on, cut using 2mm acrylic and the etched diagram and clear layout makes using this item a pleasure and can be on the table ready for use without distracting the eye from the model ships when a game is in play.
I tend to have a compass set up on the table showing the wind direction at start of play and recording any changes that occur, but we have found that it can be a pain moving the compass around the table to compare the wind bearing to a particular model, especially when the angle of bearing to the direction being travelled is not easily discernible, and in moving it can often change the setting.
The answer I have found is to simply align my additional wind arrow, seen in the photos, with the compass, and then place it, so aligned, next to the model, whilst aligning the wind template over it, with the foremast position on the diagram over that of the model to see how the various angles of bearing line up and into which area the wind arrow is showing the wind to be blowing. 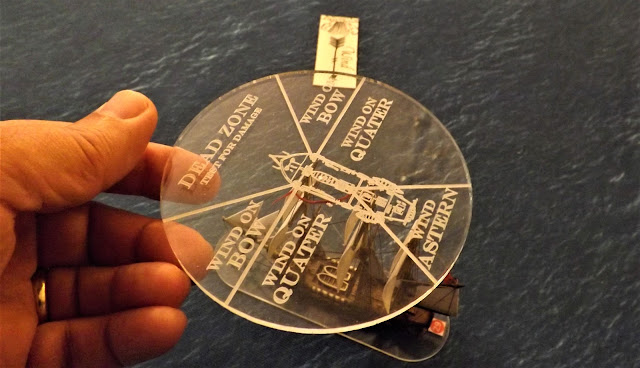 The new transparent acrylic templates look and work excellently I am looking forward to using them in our next game.
However whilst discussing the requirements of the Angle of Wind Template, Steve commented that after seeing my various game reports, he had noticed the Angle of Broadside Template we were using to assess if a target model was fully in the broadside arc of another for broadside to broadside and raking fire.

As mentioned in my first post, I was not really satisfied with the original KMH rules for calculating the fire solution for any given set up and reverted to the template I have used pretty much for all my age of sail games designed originally for use with a game called Form Line of Battle by Stephen Harrison and Robin Peck.
So after some further discussions over Messenger, Steve came up with a design for my  now new Angle of Broadside template, likewise beautifully delineated and also in 2mm acrylic, as seen below. 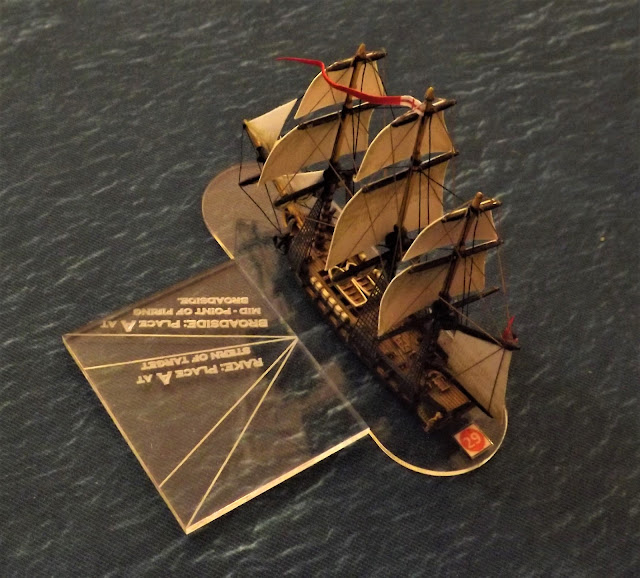 Again the template delightfully compliments my ships bases and looks very discreet on the table and makes assessing any given firing solution a doddle, with the apex of the angle placed alongside the mainmast to find the centre of the broadside and then simply seeing if the mainmast of the target occupies the wide angle if firing broadside to broadside or the narrow angle if looking to rake the target.
If a part of the model occupies the given angle but the mainmast does not, then in the case of broadside to broadside it would be a partial fire, and in the case of a potential rake, that can only be delivered at short or point-blank range, the fire would revert to a normal broadside solution.
The clear acrylic template facilitates it being held above a scrum of close in ships and still able to see where it needs to be placed and for long and extreme firing ranges the additional use of the laser range finder to put a line out along the angle soon determines how effective any firing is likely to be.
I am really pleased with these two new additions to my Game Playing Items and can only reccomend them should you be in need of something similar.
In addition he has also produced other items such as the KMH Turning Circles by Rating and a Compass Rose with Wind Direction Indicator to match those illustrated. 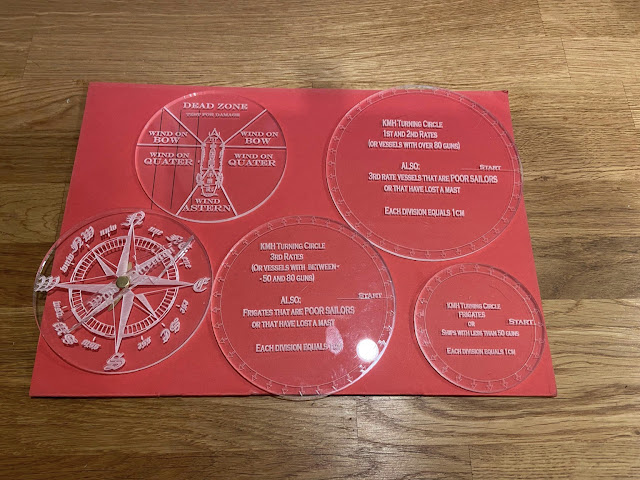 Steve is very happy to receive any additional enquires over Messenger and I have attached his profile below so you can do so yourself and to help make sure you get the right chap, otherwise your templates might not be quite to the standard of the ones I've shown.

Thanks Steve, once again, great job and I'm looking forward to the next game, using my brand spanking new templates.
JJ
Posted by carojon at 04:12

Email ThisBlogThis!Share to TwitterShare to FacebookShare to Pinterest
Labels: Age of Sail, All at Sea, JJ's Wargames, Kiss Me Hardy