Back in February I announced that JJ's Wargames would be branching out into a new period and new scale of figures.

Regular readers of the blog will have noticed the occasional post in between the Peninsular War project posts of references to adding figures to my Dacian War collection using the Warlord Games and Wargames Foundry ranges. Over the recent months I have been doing a lot of reading around the subject together with looking at rule systems, basing norms and looking at related blogs to educate myself in the unfamiliar world of Ancient Wargaming.

In addition I have been practising painting techniques for using on my new 28mm collection and working out how I want my new forces to look, also thinking about extending the forces to include other enemies in time.

I did promise this new collection would get going in the second half of this year and so started putting the first of the plastic ranges of Roman infantry together whilst on holiday this summer.

So it gives me great pleasure to introduce the first Legionary cohort, the first of many, to kick off the new collection. 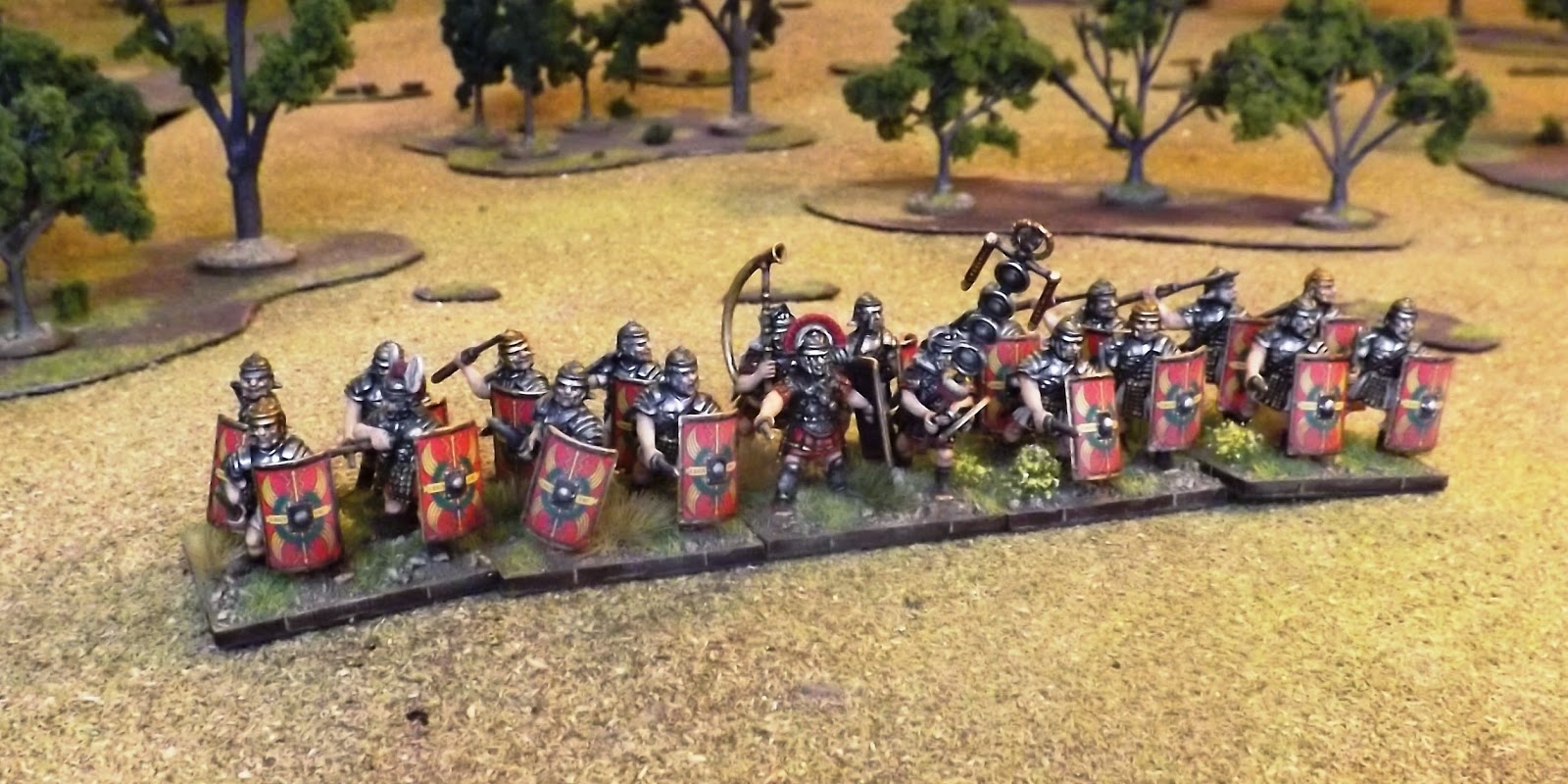 At the moment, this is a Hail Caesar Roman unit straight out of the box. I am thinking of increasing the unit to 6 x 4 thus modelling the cohort at 1:20 with the six sub sections or centuries replicated per base. The first cohort (veterans) will then have ten bases to up-strength it to 800 men. 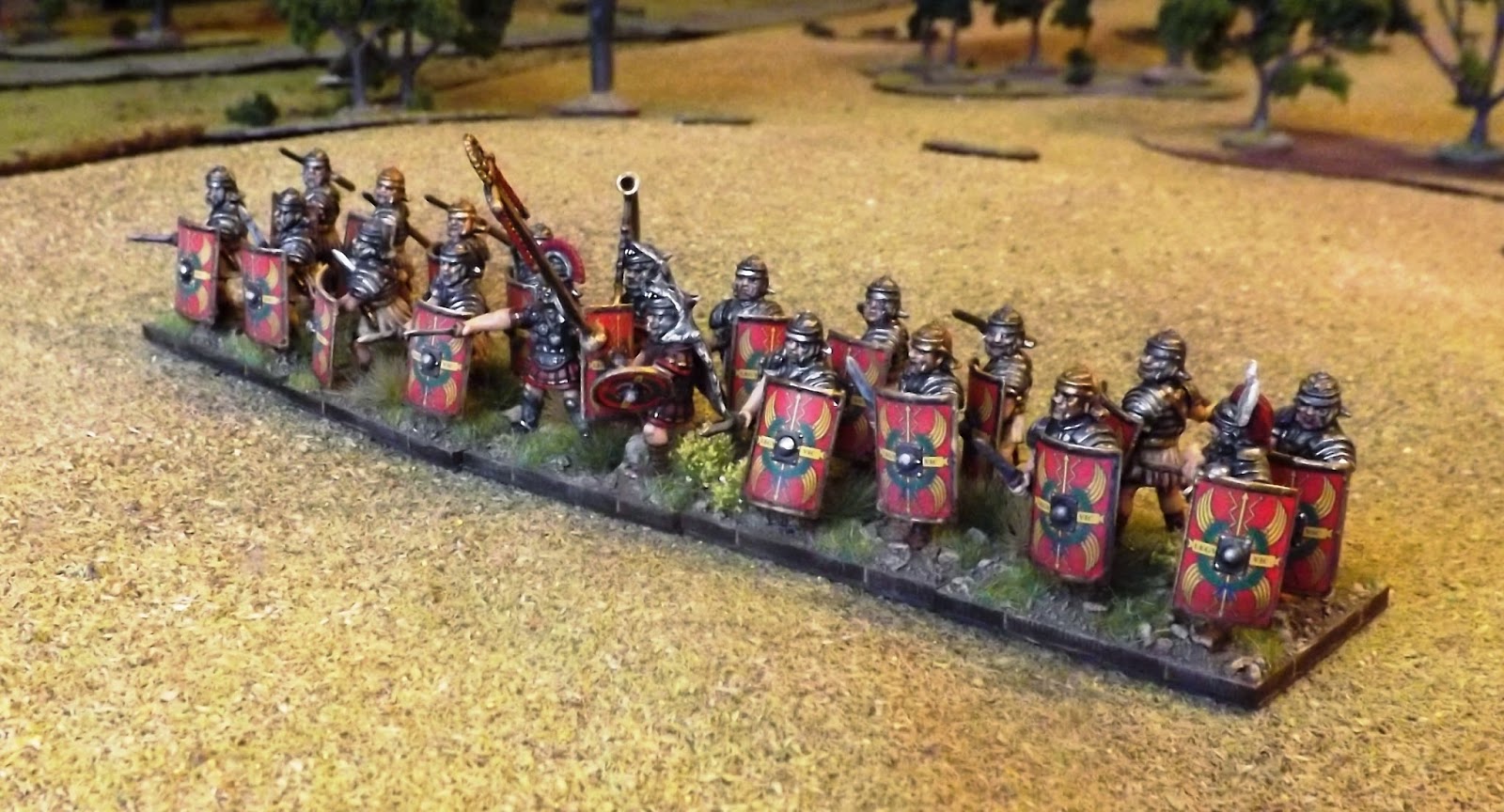 I have learnt quite a bit, with putting this unit together, not just the how too's but the "oh I'm not doing it that way again!" stuff as well. As a "newbie" to painting 28mm Ancients, I am planning to put together a how to, or how not too set of notes, more anon. 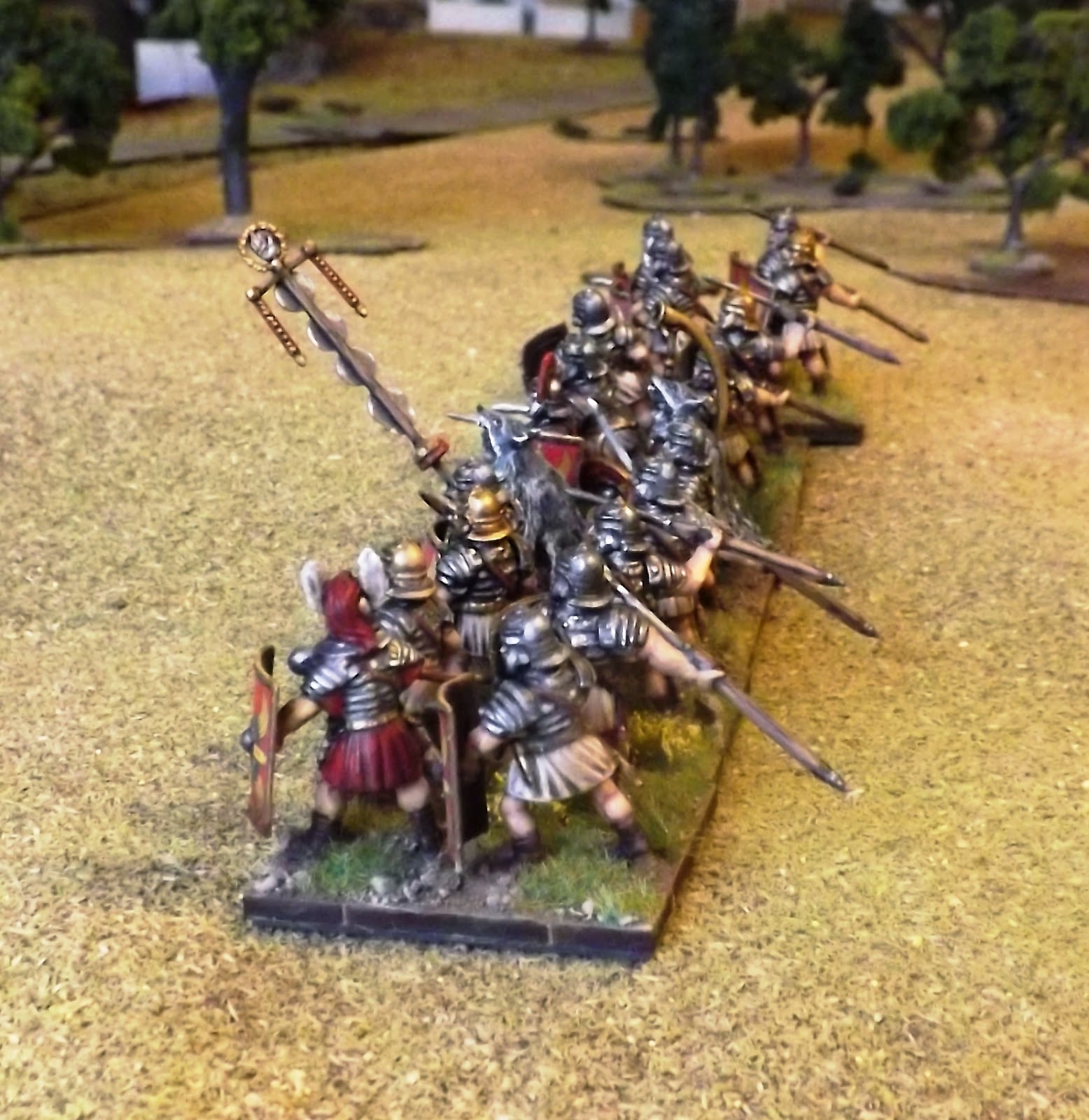 I am learning a lot about flesh painting and shading and that will only increase as I move on to the Dacian's. All great fun, and my collection of YouTube references is growing. There are some very talented painters out there who are only too willing to share their techniques 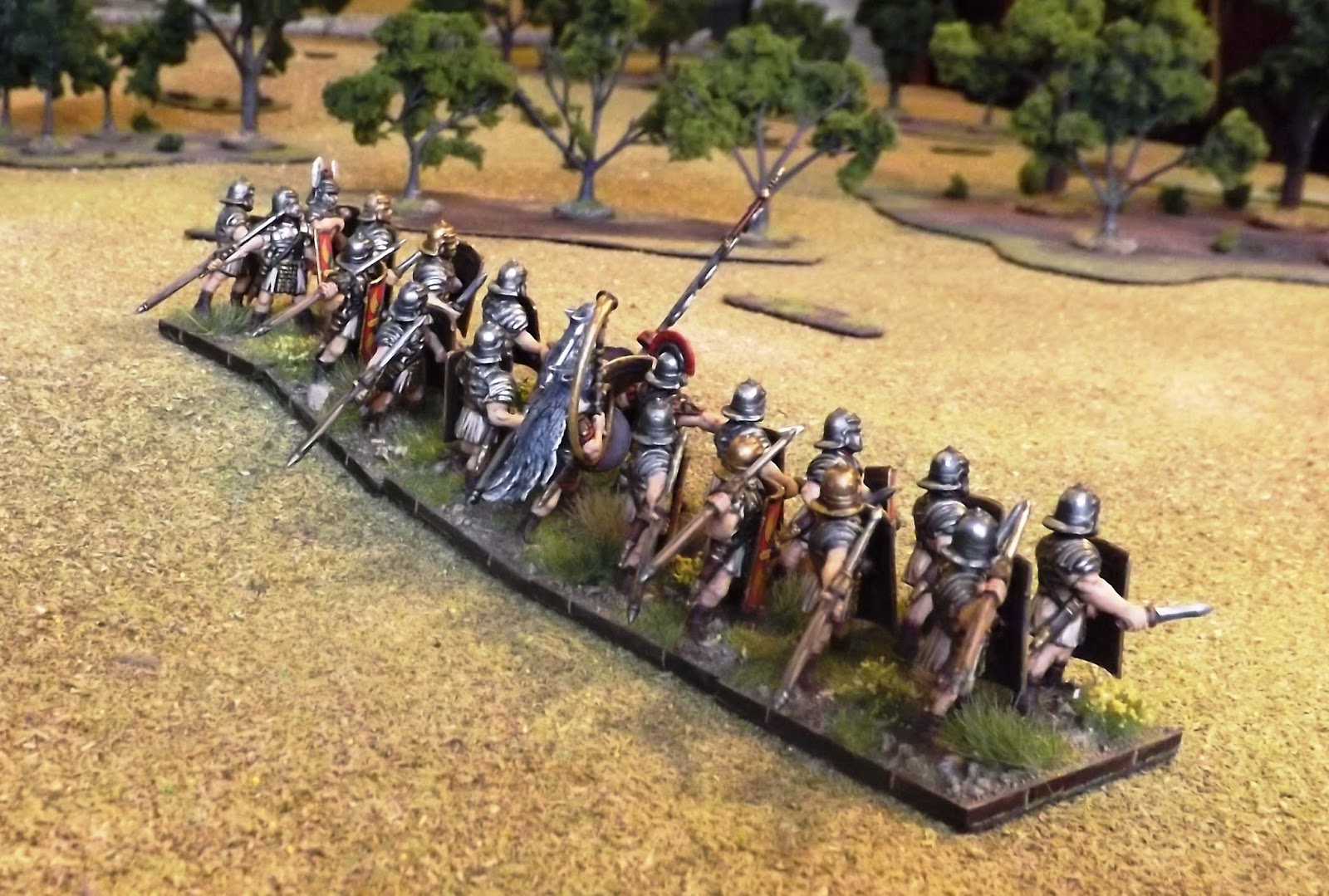 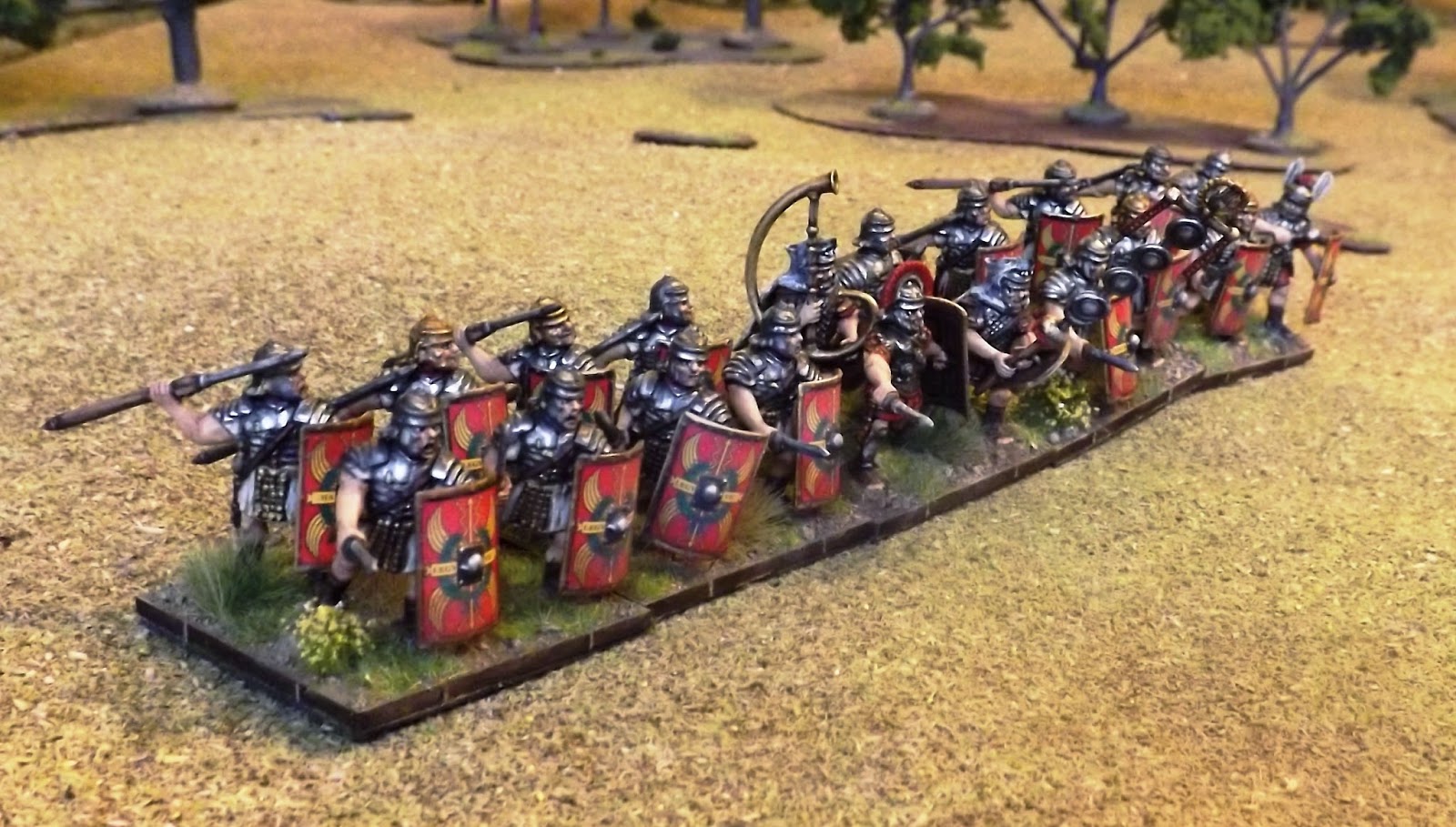 I aim to put in the odd "Dacian Wars" unit in between the Napoleonics over the next few months and so the plan is to turn to the artillery units of the German Division as I wait for my Baden Fusiliers to arrive from Spain (there in the post to Warmodelling before they get to me) and I will do a unit of Auxiliaries next. Once I have several units of Romans done I will get stuck into the Dacian's.

As part of my reading up on the Dacian Wars, I thought I would also highlight an excellent book on the subject that I picked up direct from the author Radu Oltean. The artwork that heads up this post is from Radu's book and shows the quality of the illustrations throughout the text. At the time of writing the book is not available from the usual channels and I dropped Radu an email and arranged for a signed copy to be delivered. Radu's email can be found on his web site below. 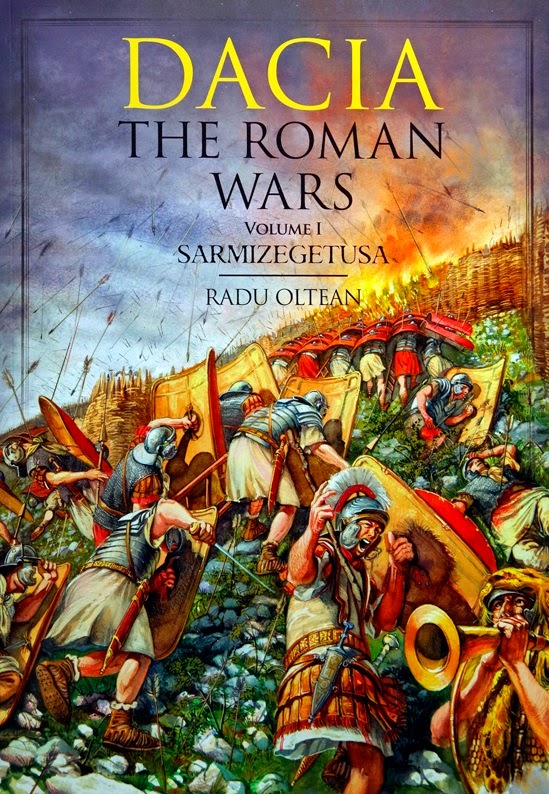 I have only speed read my way through and have started to read it through in more detail, so will post a more considered review later, but there are other very positive comments elsewhere and the book was referenced in Ancient Warfare which is where I got the "heads up" originally. I am also thoroughly enjoying the exploits of Macro and Cato in the first of Simon Scarrow's series of Eagle books, "Under the Eagle", egged on by Tom and Will to get reading them. 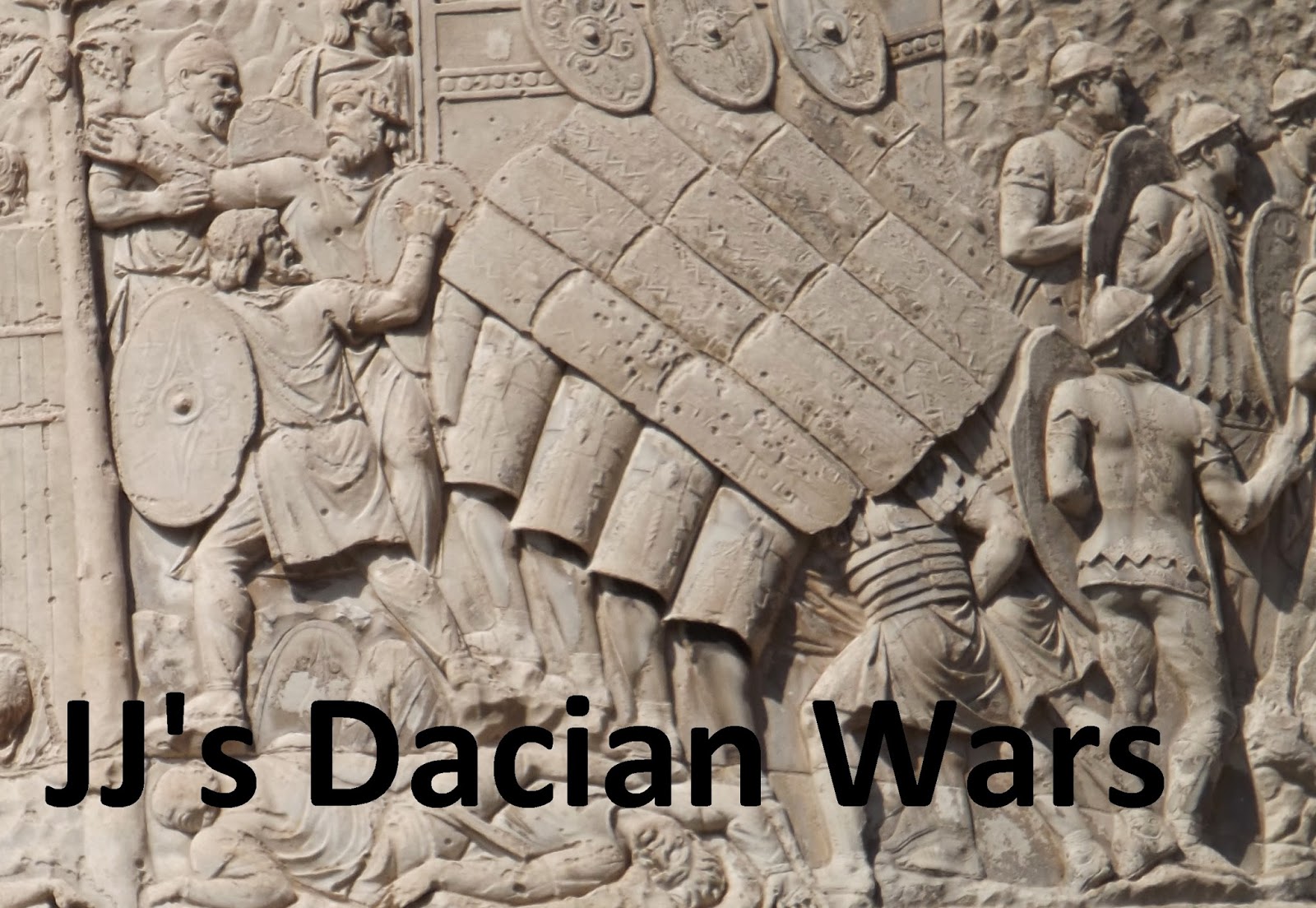 Next up, Kingdom of Holland Horse Artillery.