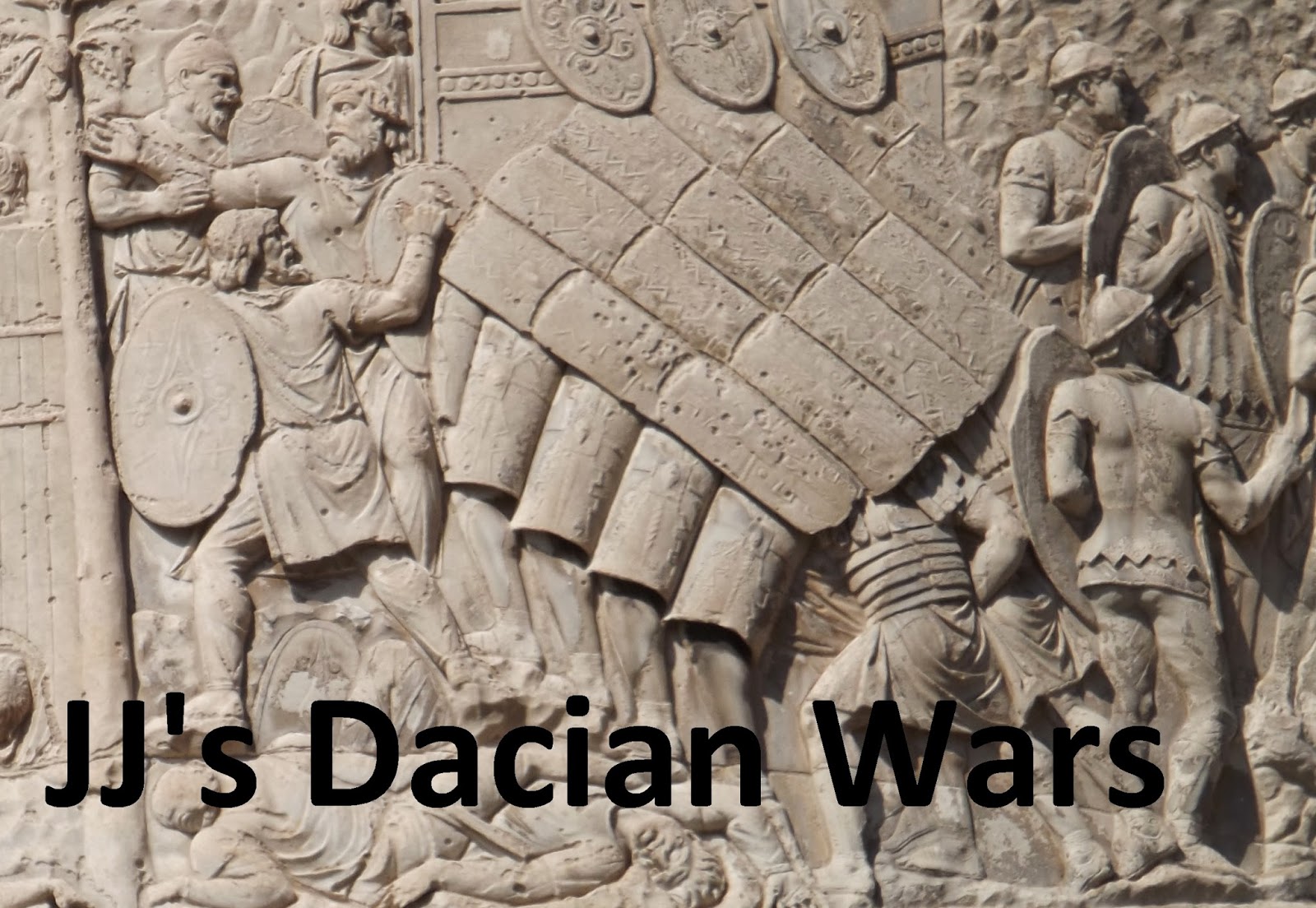 So, as promised the next unit off the paint desk is my third unit in the Dacian War collection and my second legionary cohort.

I'm still trying out stuff as I go with this collection and with this third unit I was interested in using different shades for doing the flesh. This will develop my technique for when I get really challenged by half naked Dacian and German warriors. Here I was trying to get a more gradual change in shade than with the previous legionary and auxiliary cohorts. 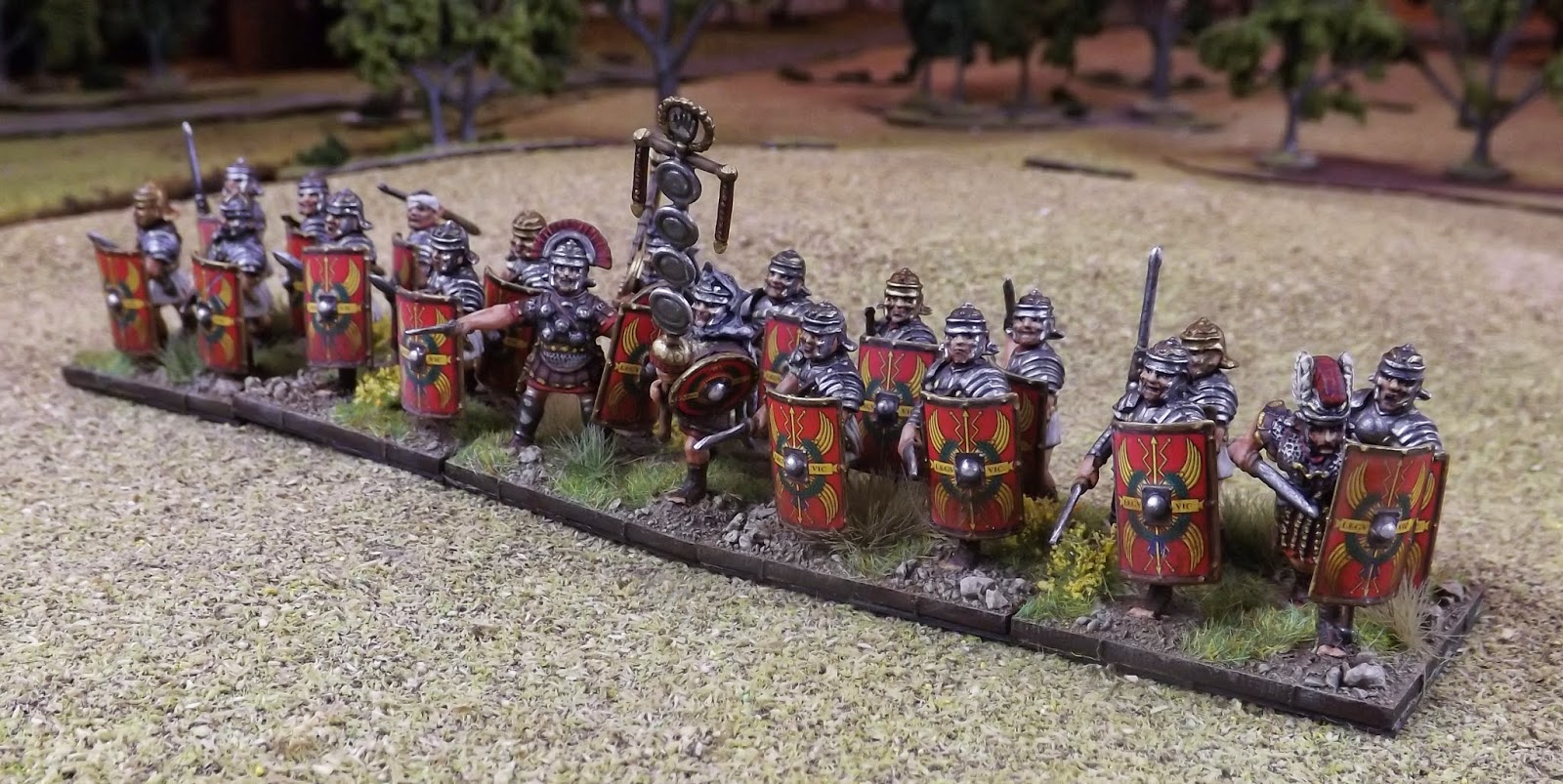 In addition I wanted to make the white tunics more subtle in the highlighting of the creases. I think I prefer this look to the previous work 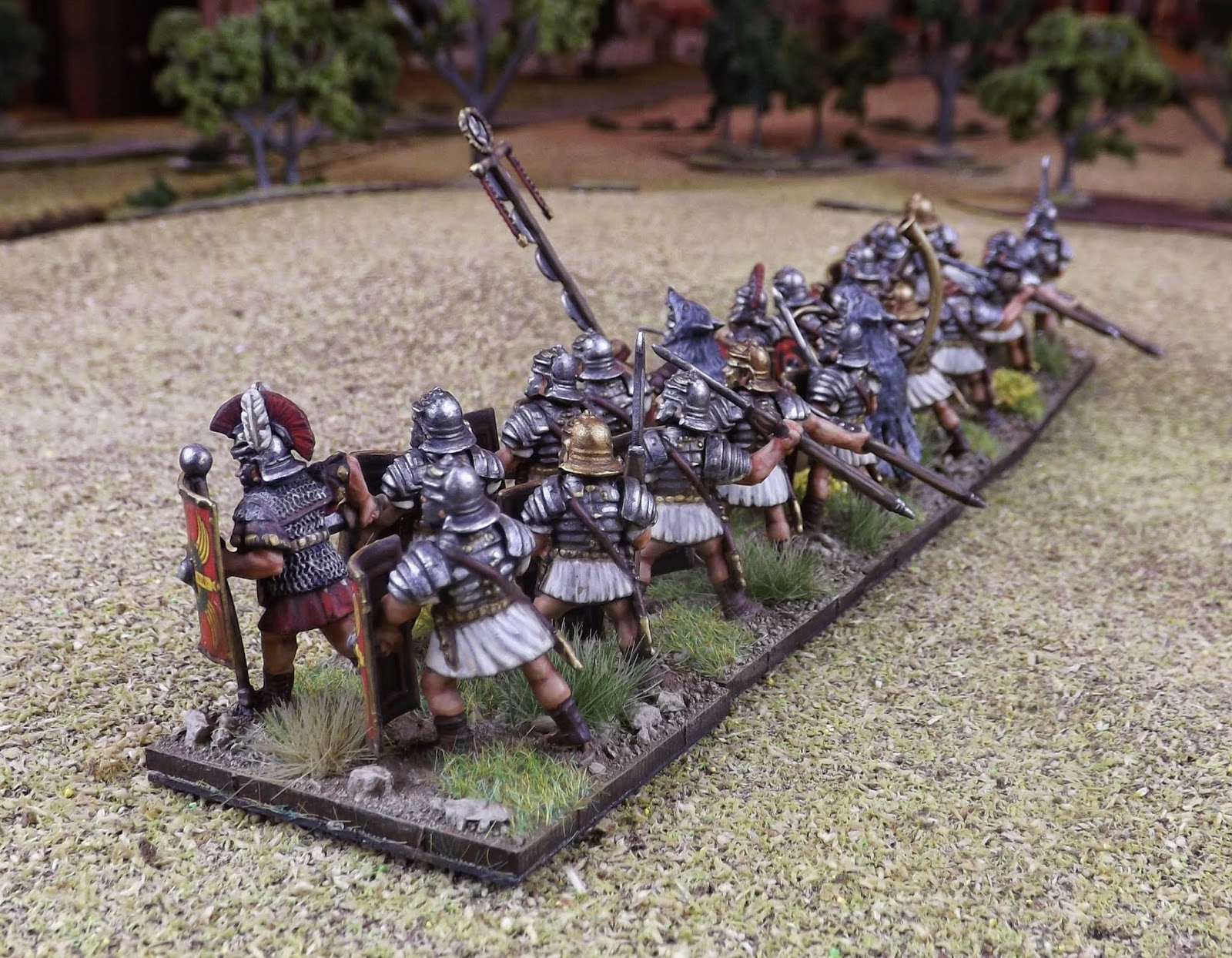 As I am becoming more familiar with these figures the faces are becoming easier to work with and I hope I am capturing the many expressions on these figures. 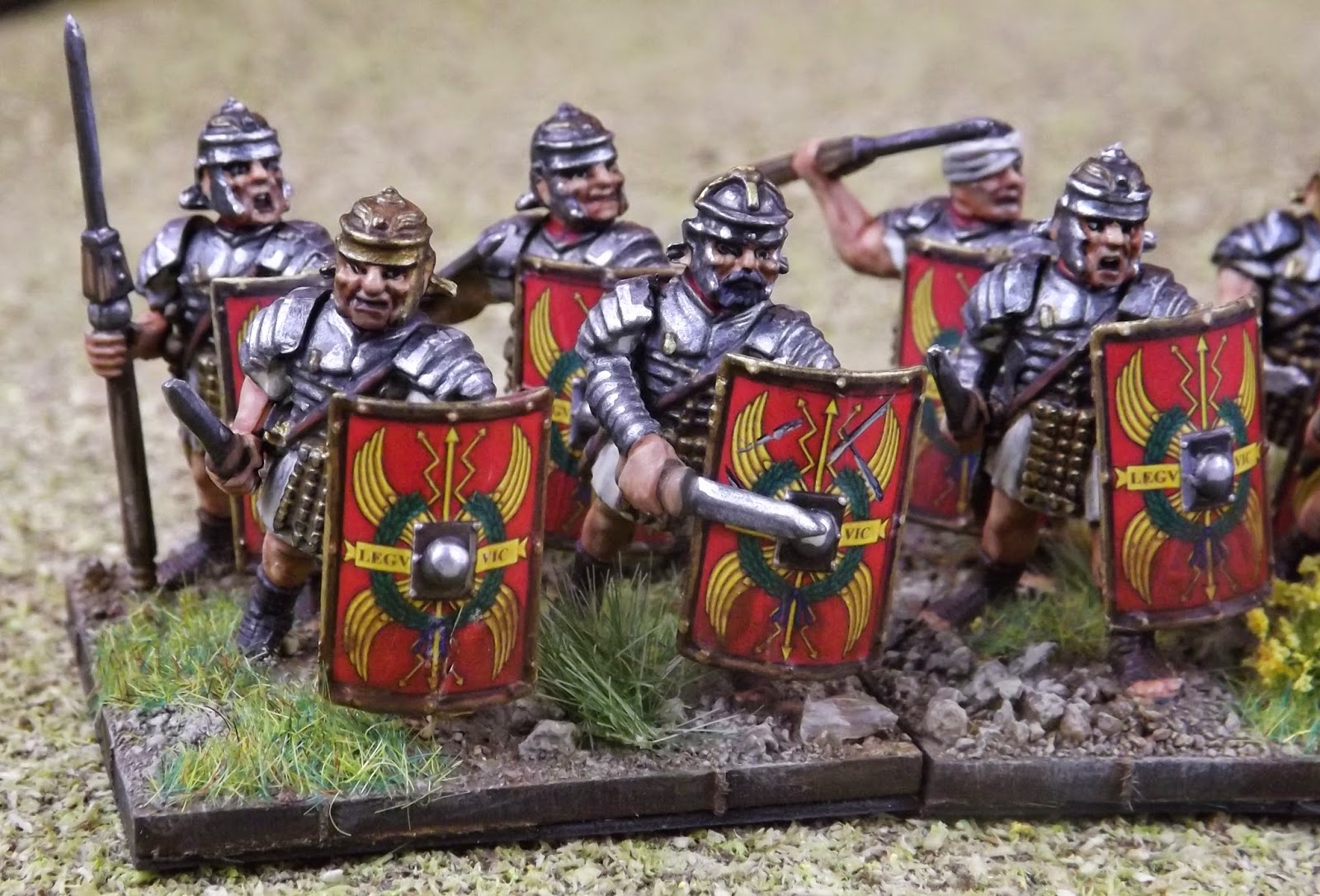 The grizzled bearded veteran has my first attempts at added sword cuts to the shield. I particularly like the chap on the end who really looks up for it. 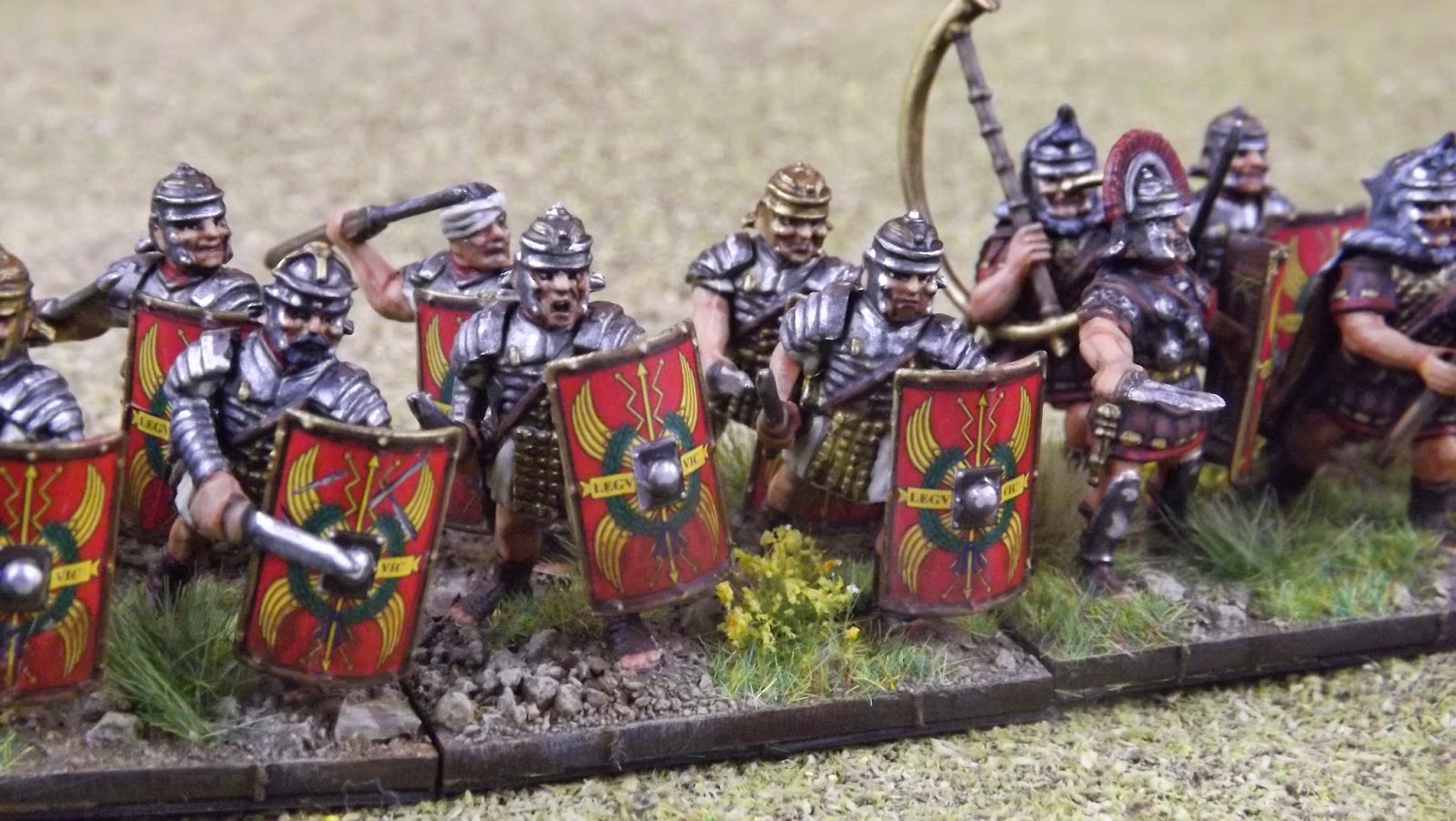 I am starting to like the Warlord legionaries despite their slight stature, especially next to the auxiliaries. I have decided to mix in a few cohorts from Wargames Foundry to add some variation and lessen the contrast. 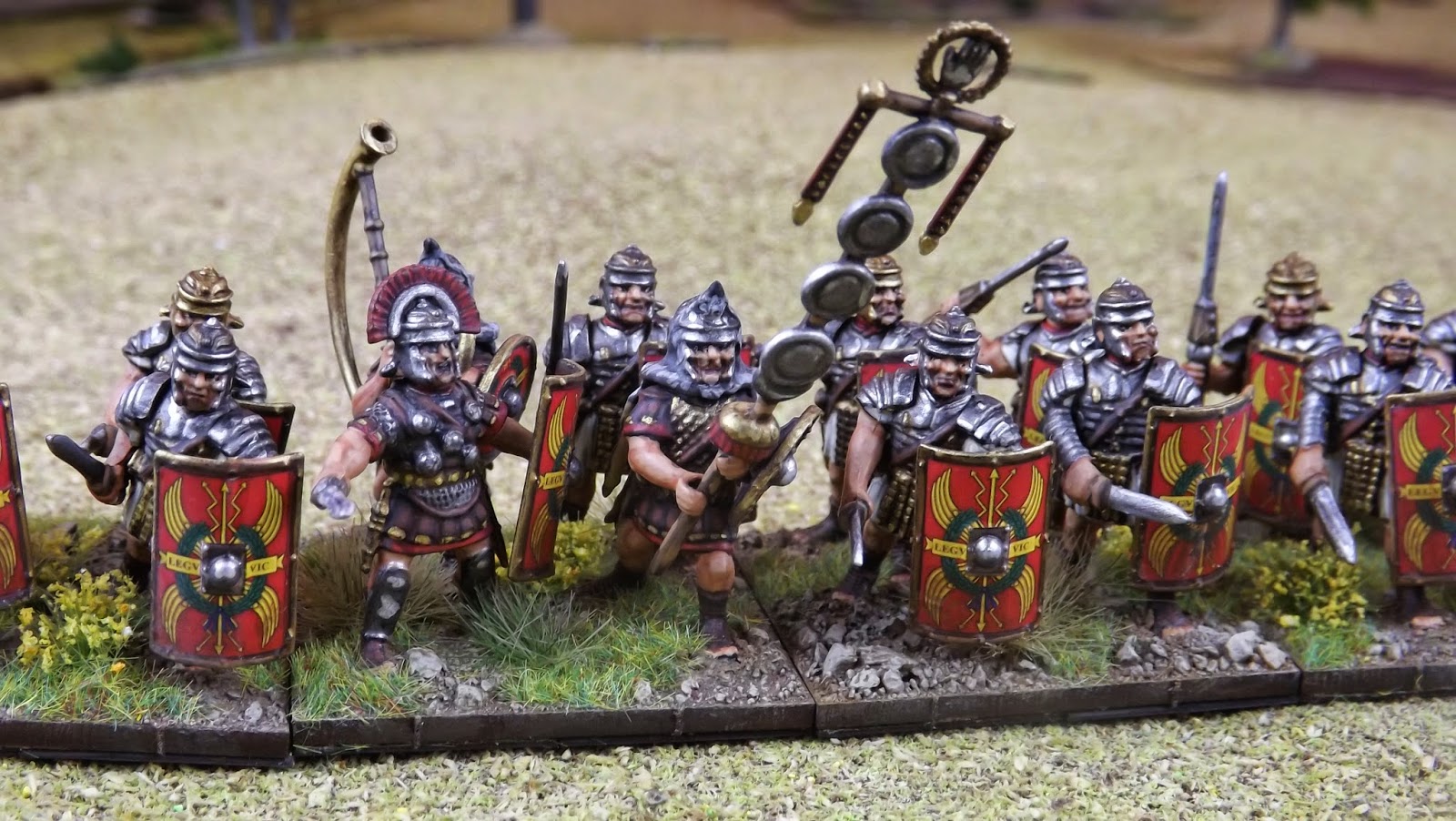 One final piece of learning gleaned from doing this unit is that the waterslide shield decals supplied, although prepared with the boss centres removed, still need to be trimmed with the knife before soaking, as the film overlaps on to the boss and can cause crinkles. Hopefully you can't see them! 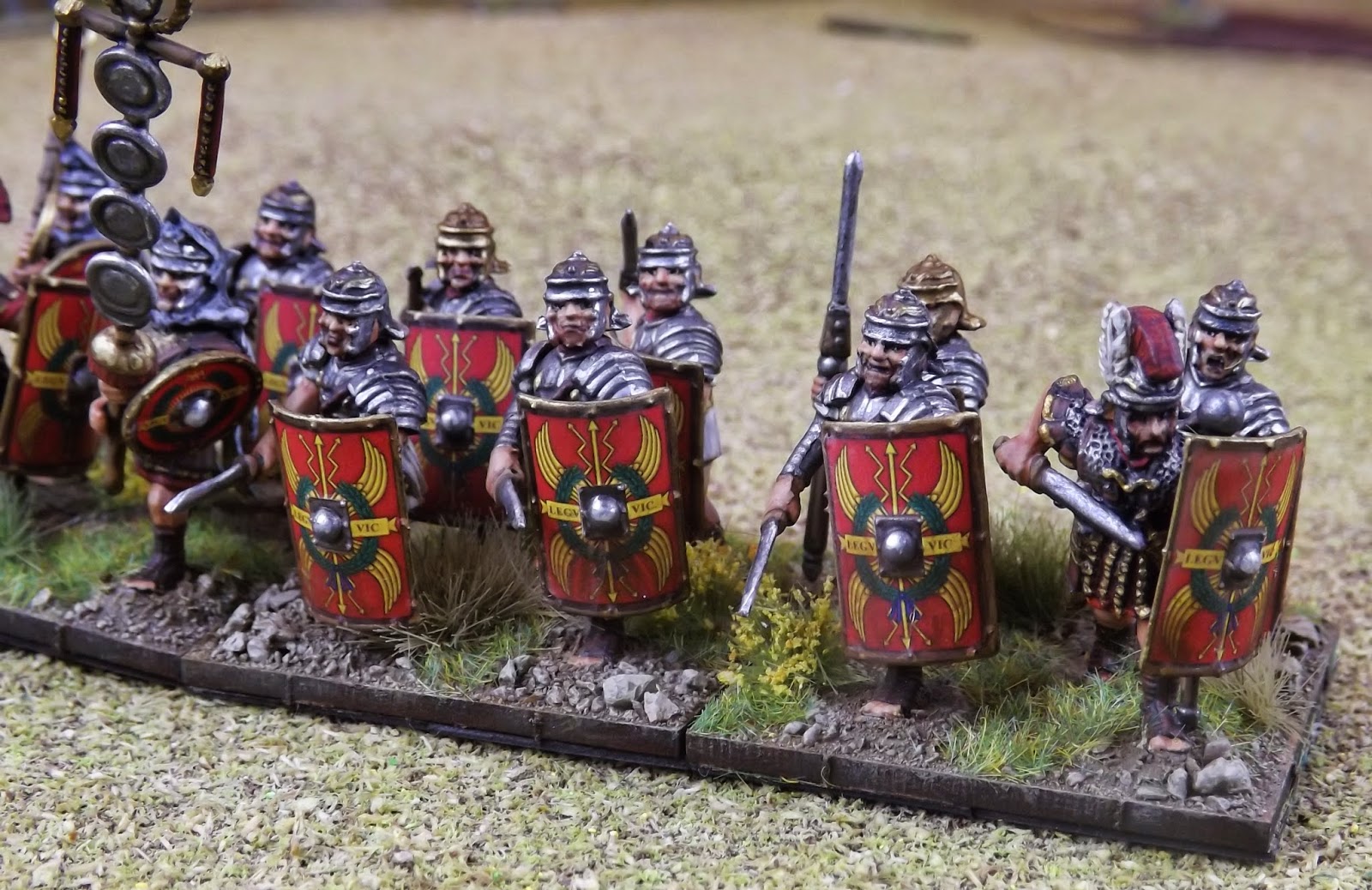 Next up Baden infantry, and hopefully a legionary cohort painted by the next generation at JJ's Wargames.
Posted by carojon at 15:23