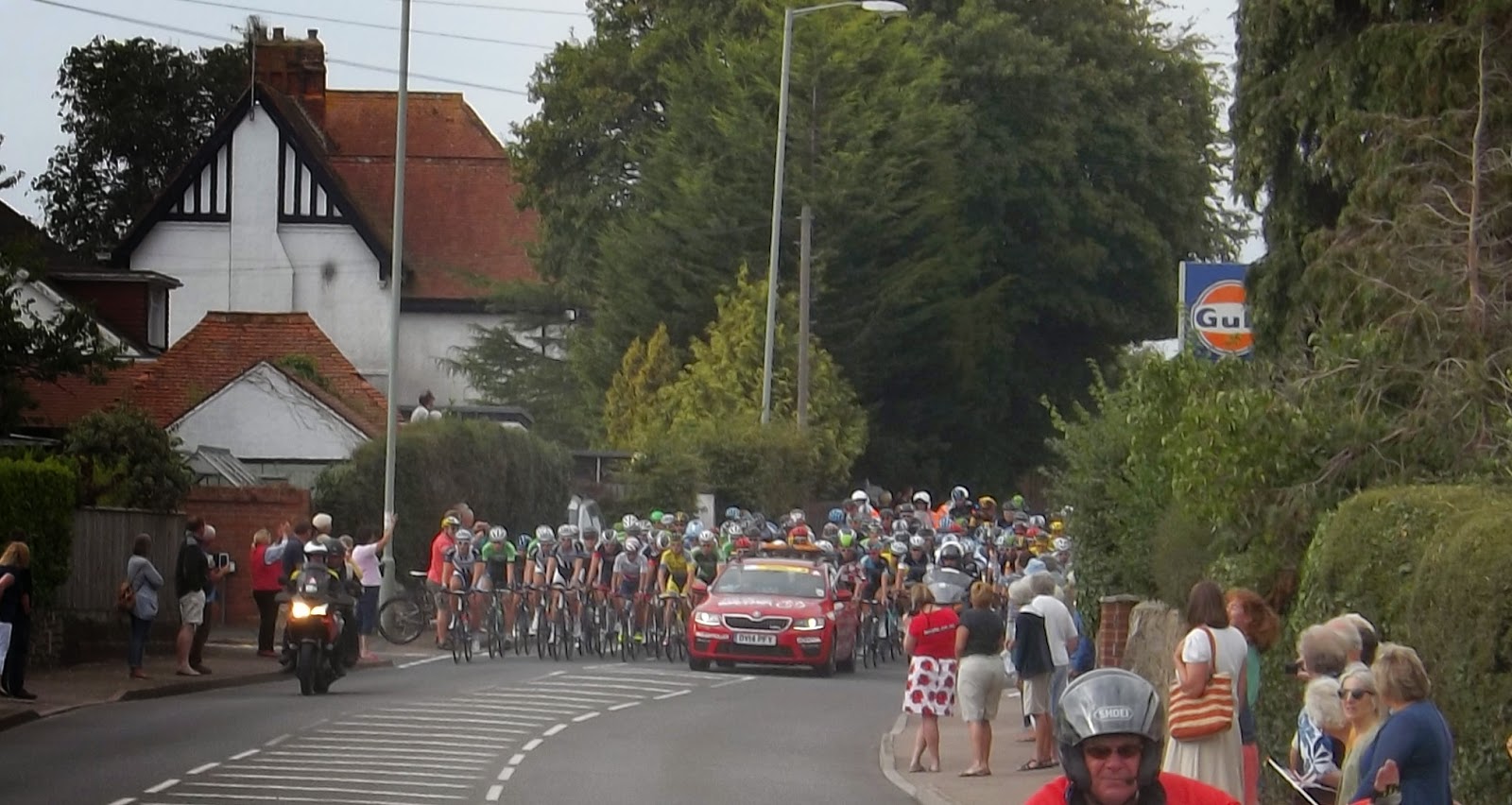 I am partial to a bit of cycling myself, so when one of the premier cycling races comes straight past ones door, on a nice sunny September morning, I thought I would join the crowds to watch the riders setting off across Devon. 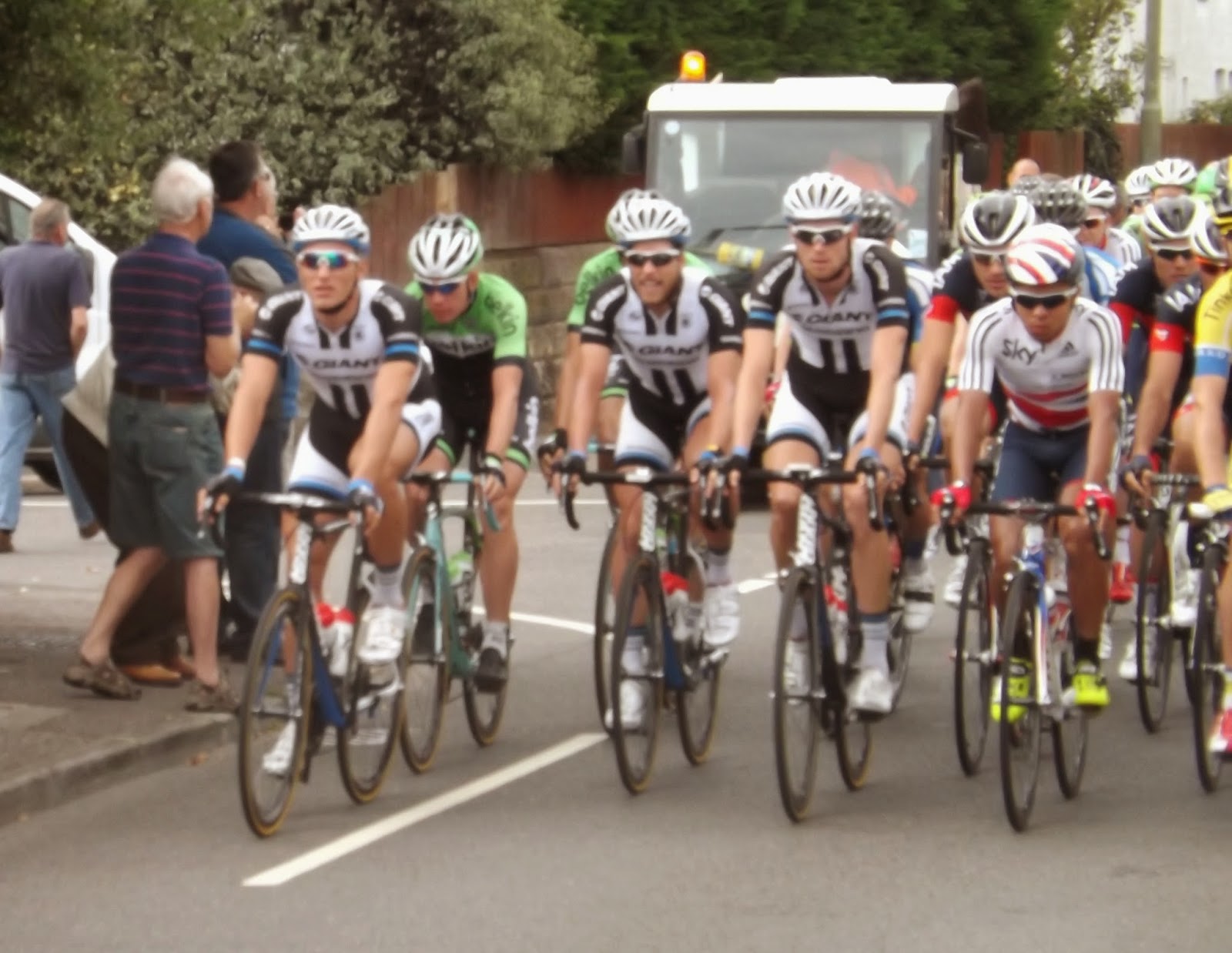 I reckon the three pictures of the peloton captures the length of time in seconds that it took them to pass our position, on a traffic island, with groups of riders passing either side. 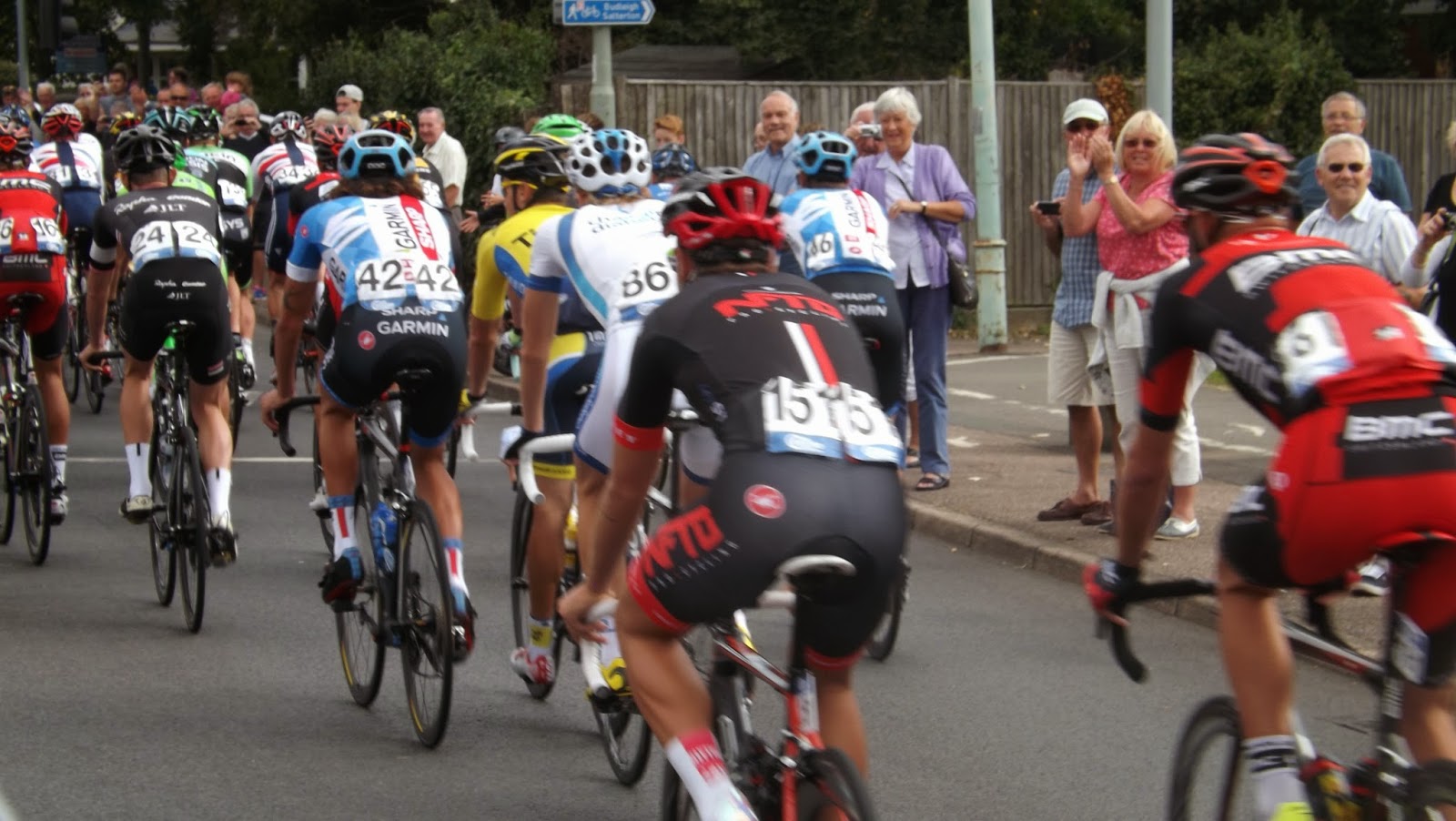 Looking forward to getting out on my bike later this afternoon.

On wargaming matters, I'm back into the club this weekend with a Hail Caesar game Egyptians vs Sea People and The Battle of Cowpens using Muskets & Tomahawks. Also hoping to meet up with a friend who has just bought himself a 1944 vintage Jeep in 51st Highland Division markings (just put it down to a mid life crisis). The Roman Auxiliaries are finished, just need to do the bases and I'll post some pictures.
Posted by carojon at 04:10