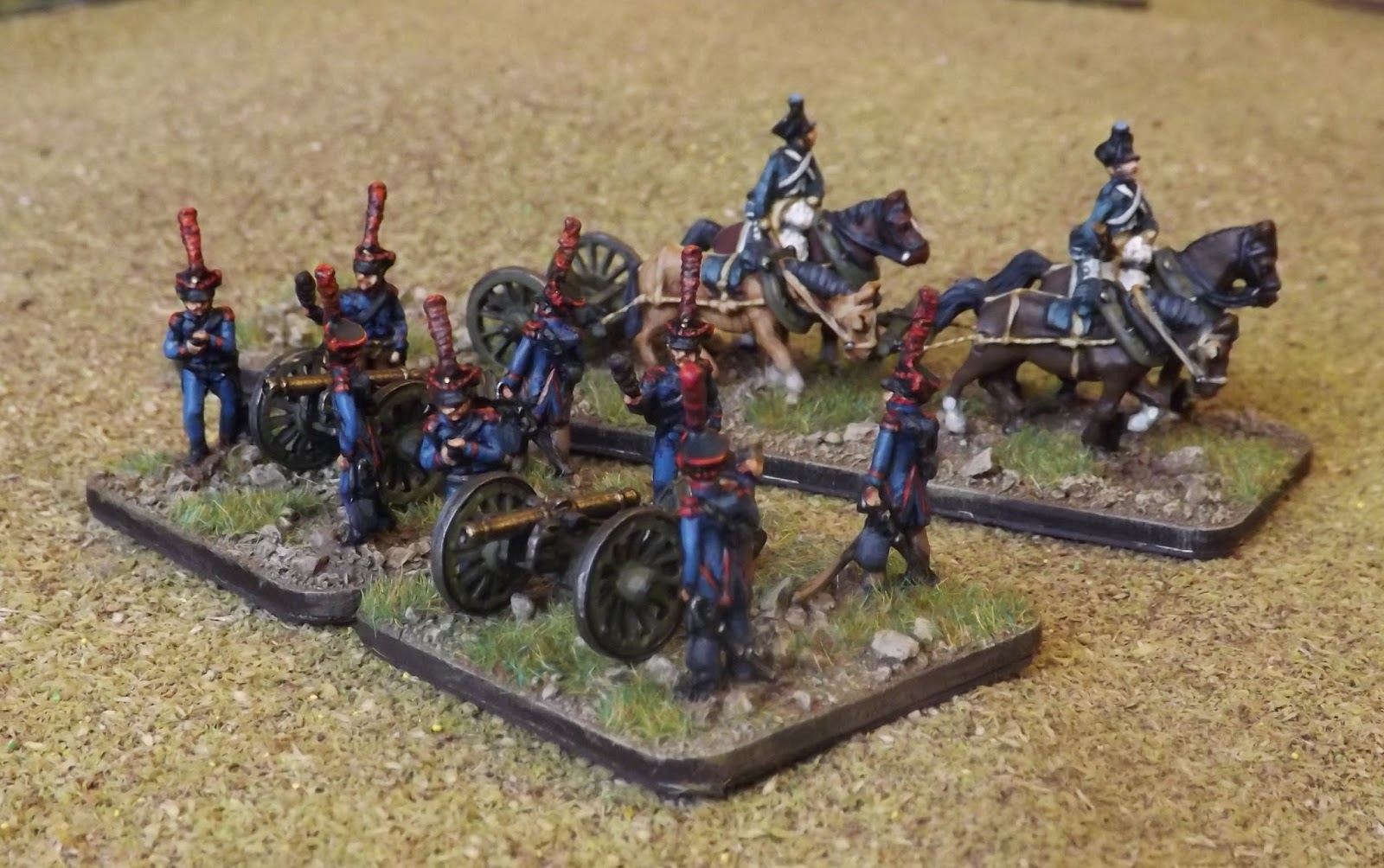 Ok, the first thing to say, is that my battery is not quite correct as these are French horse gunners in habites, rather than hussar style jackets. They are as close as I can get it in 18mm and will do until I can get more suitable figures. Likewise, there is not a lot of information on the Dutch artillery train and so I have given these guys a French look. 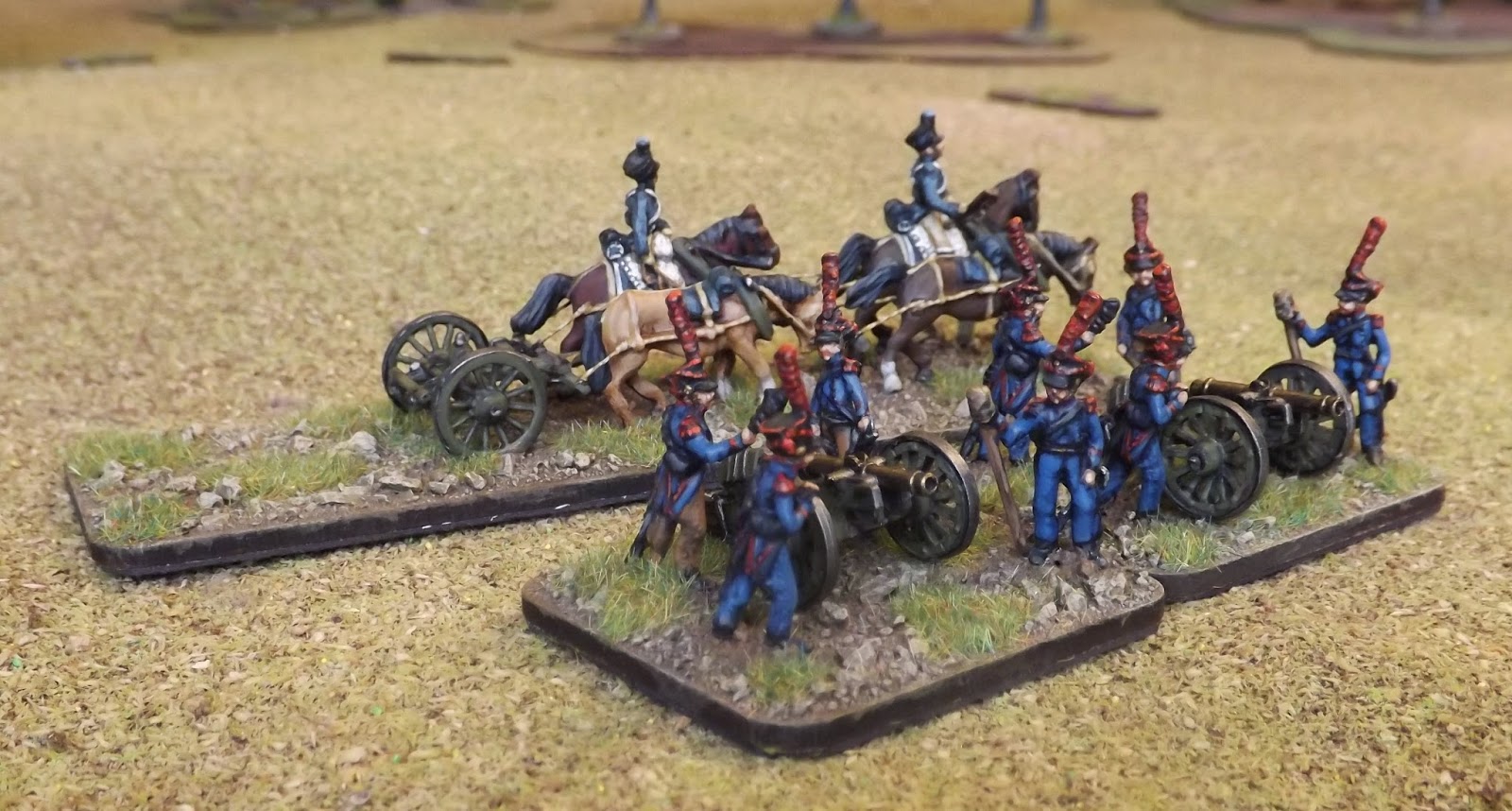 The models are all Warmodelling figures except the 4lbr guns which are from Blue Moon.

With the completion of the Dutch brigade its on to the Hesse Darmstadt battery to complete Grandjean's brigade. See the above links to view other completed units in the Division.

Next up, Roman Auxiliaries.