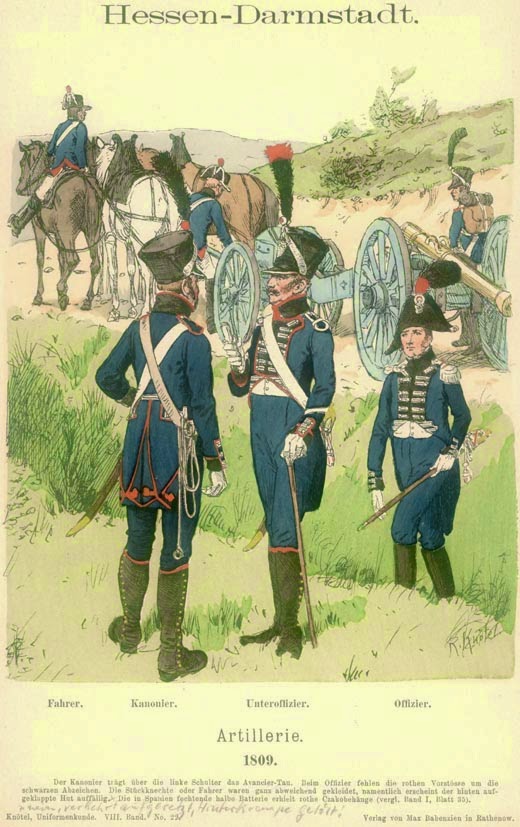 The next unit completed for the German Division is the artillery contribution from Hesse Darmstadt, a half battery, eventually rearmed with French 4lbr guns.

Again as with the Dutch artillery, I am forced to mix and match and so a bit of scratch work to get suitable figures to recreate Lieutenant Venator's command. 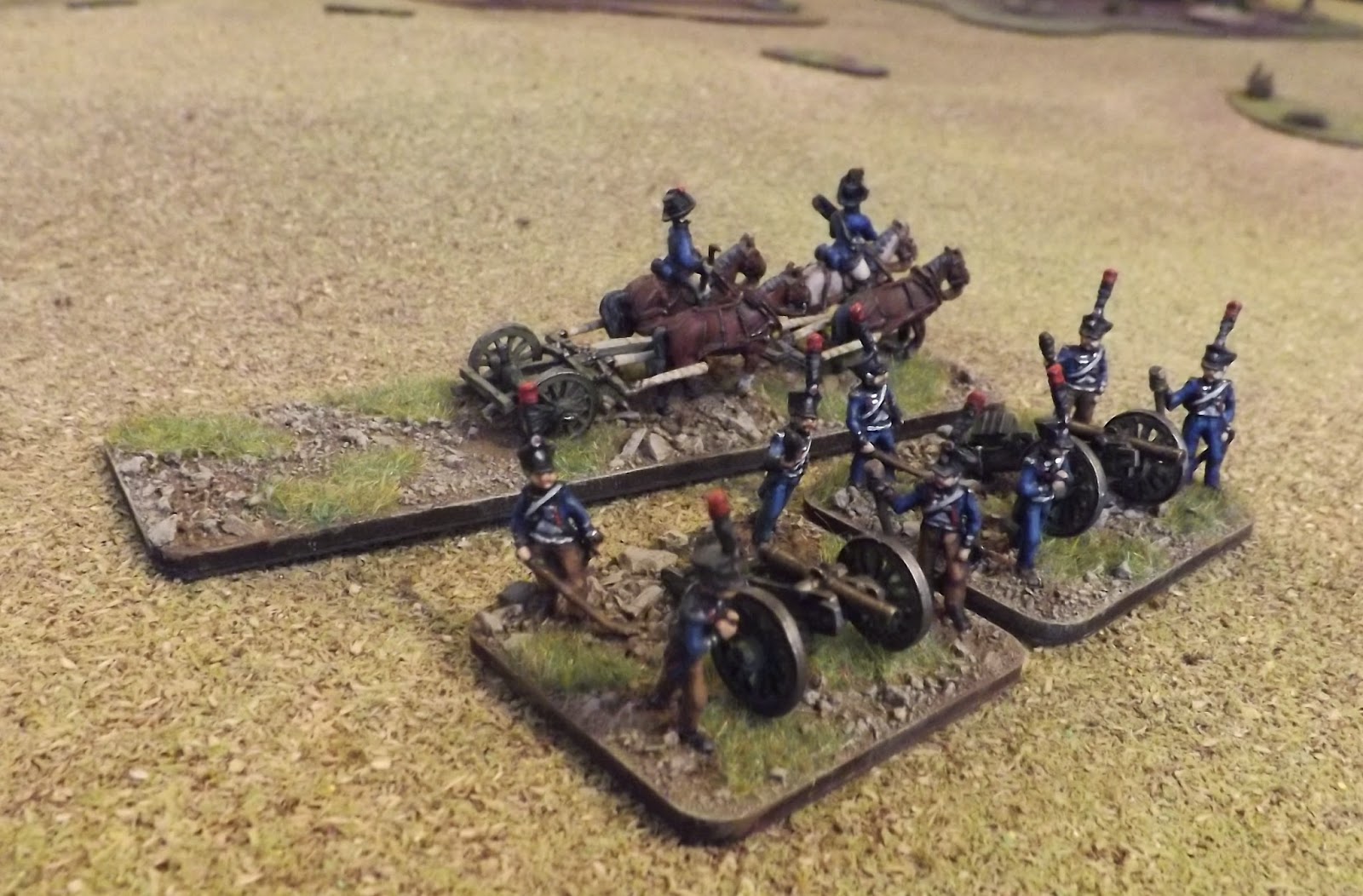 So for the gunners I went for the "Warmodelling" French Horse Gunners, removing their chords and sabrateche. The sabres aren't correct as these chaps should really have a sabre briquet, but I think they work pretty well. 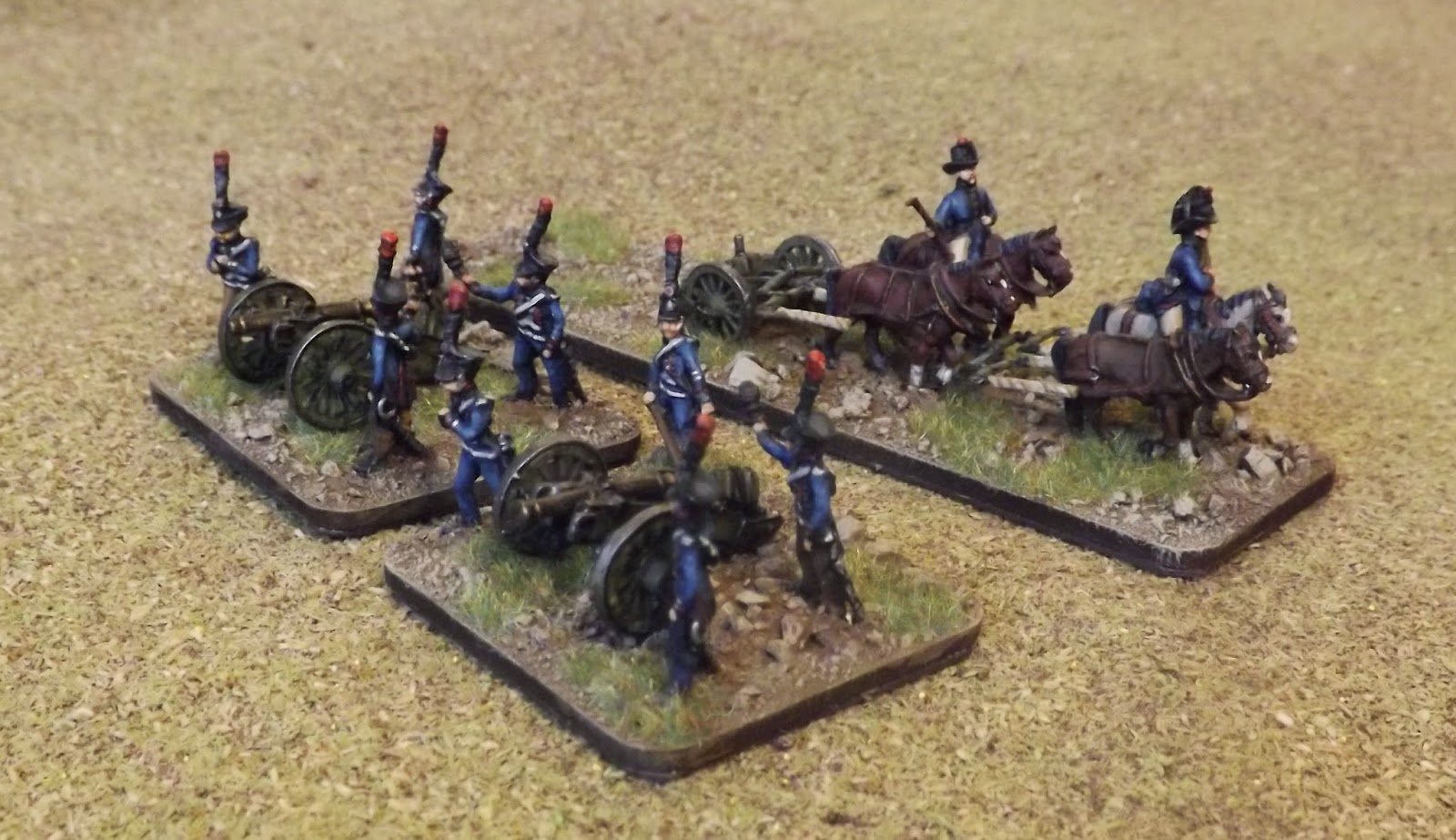 The artillery train are AB Austrian with an Austrian limber that does a good impersonation of a French light limber suitable for towing the 4lbr gun. Again the pompom should really be mounted on the side of the hats (Corshut), but if you can live with them being on the front then so can I. 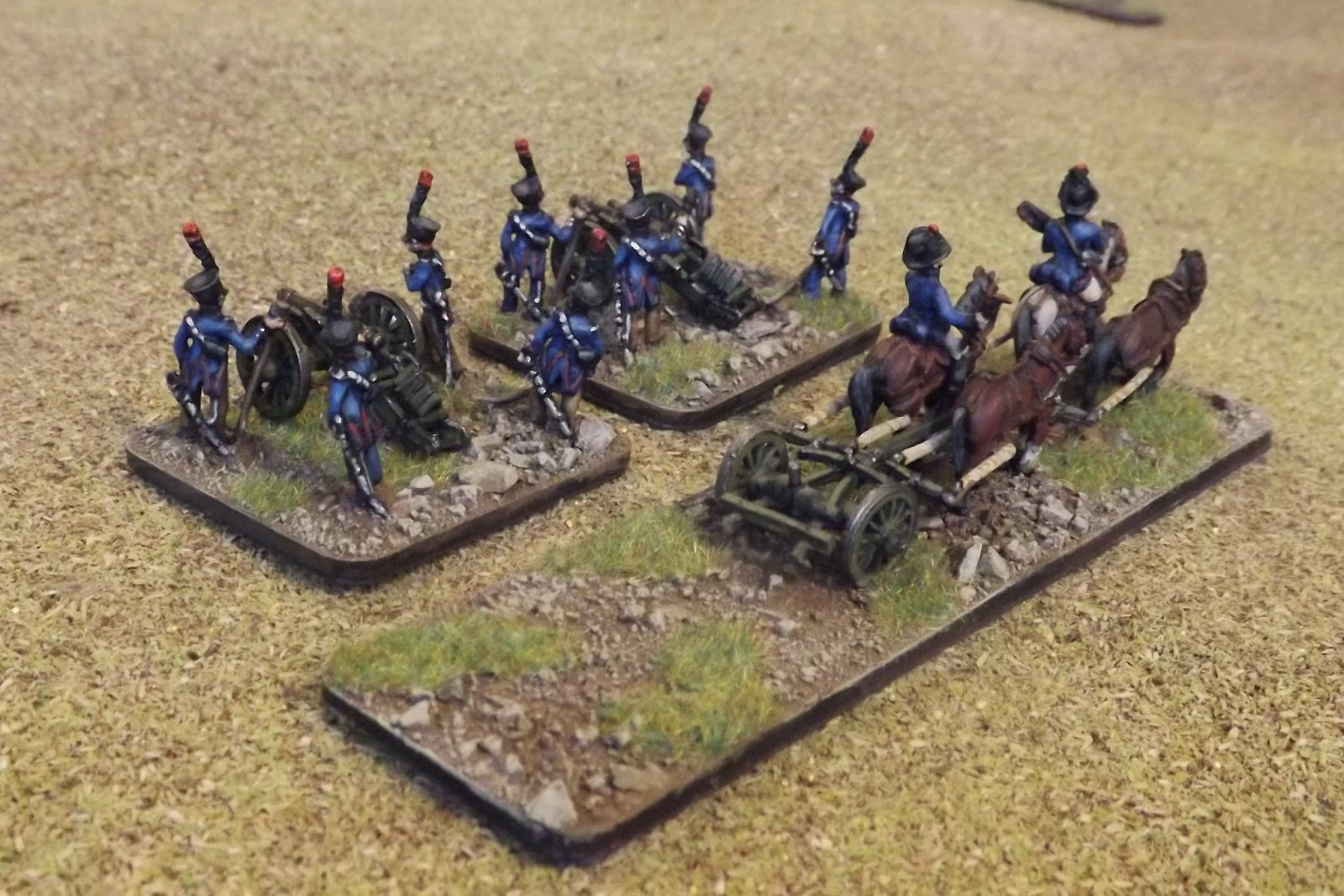 As with the Dutch guns, I have chosen to use the Blue Moon French 4lbr which seems to look well on the table

So it just leaves OB von Porbeck, the Baden infantry and Baden guns to do to finish the division. The good news is that the Baden Fusiliers have arrived so I can press on to the get this project finished.

Next up though is another Roman cohort. More anon
Posted by carojon at 01:50