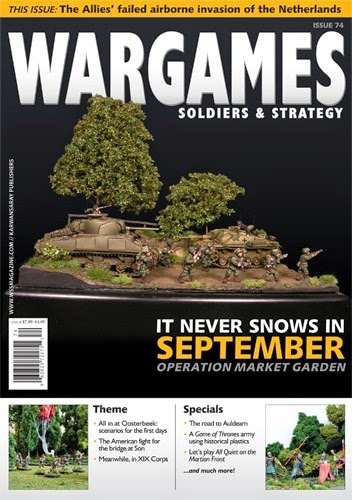 I received my copy of the new issue, number 74, of Wargames Soldiers & Strategy Magazine yesterday, which is themed around "Operation Market Garden", the Arnhem campaign.

If you are the slightest bit interested in WWII and especially the battles in and around Holland in late 1944, then this is a very "meaty" edition of the magazine, with several company and platoon level scenarios, together with ideas on how to model the forces involved and a review of the different ranges of figures available to build those forces.

Wargames Soldiers & Strategy Issue 74 was published this week and should be in stores in the UK from Monday 1st September
Posted by carojon at 23:43