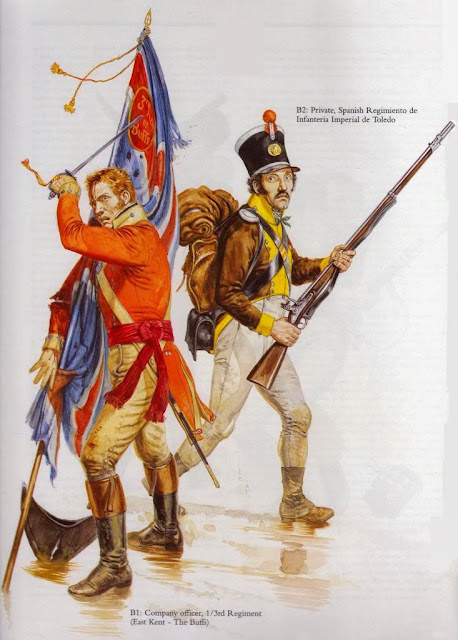 You can't really run a scenario about the Crossing of the Douro without including the 3rd Foot in your collection of figures. This battalion played a key role in the battle being the lead battalion to cross the river and occupy the Bishop's Seminary ahead of the rest of the brigade following behind. As a buff faced battalion it is distinguished by buff, rather than white, belts and straps.

The following text on the history of this famous regiment is quoted from
http://www.kentfallen.com/PDF%20reports/BUFFS%20DATES.pdf

"The 3rd Regiment received its nickname of "The Buffs" because it had been issued 'buff coats'- armour made of soft leather - first when it served abroad in Holland and later when it was a Maritime Regiment of Foot. It was later given buff-coloured facings and waistcoats to distinguish itself from those of other regiments and had their leather equipment in buff rather than dyed the traditional white". 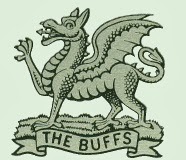 "The Buffs obtained the name of "The Buffs" officially in 1744 while on campaign in the Low Countries. The 3rd Regiment was then under the command of Lieutenant-General Thomas Howard. At the same time, the 19th Regiment of Foot were commanded by a colonel named The Honourable Sir Charles Howard. In order to avoid confusion (because regiments were then named after their colonels, which would have made them both Howard's Regiment of Foot), the regiments took the colours of their facings as part of their names - the 19th Foot became the Green Howards, while the 3rd Foot became Howard's Buffs, eventually being shortened to simply The Buffs". 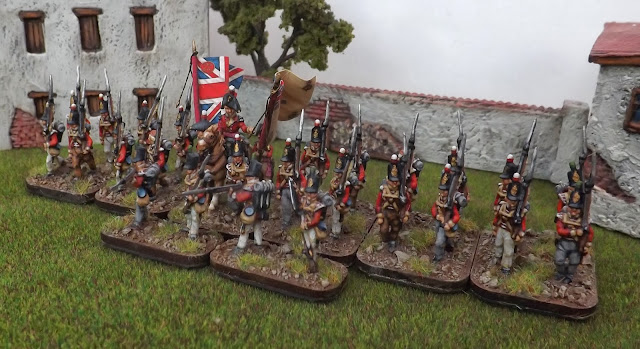 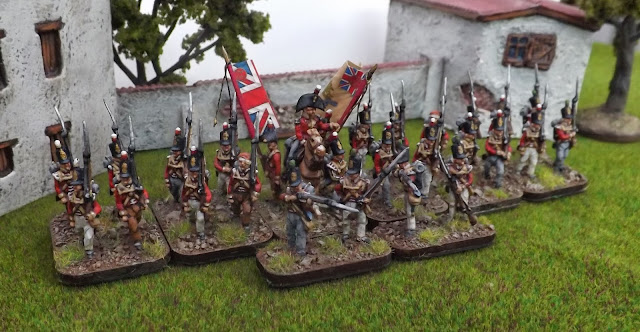 My battalion is composed of figures from the Xan range except for the Colonel who is AB. The flags are from GMB. 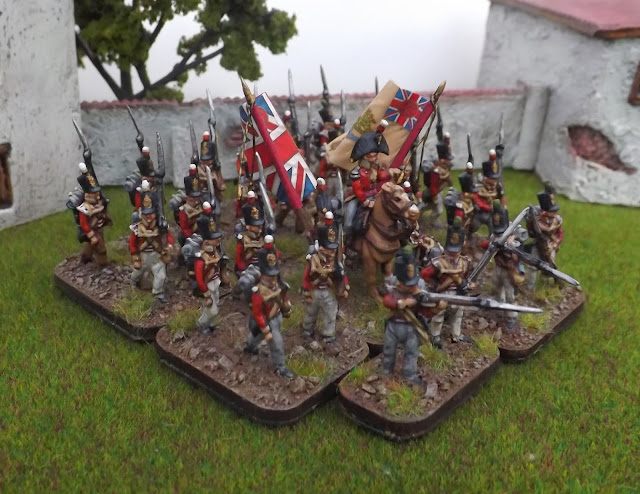 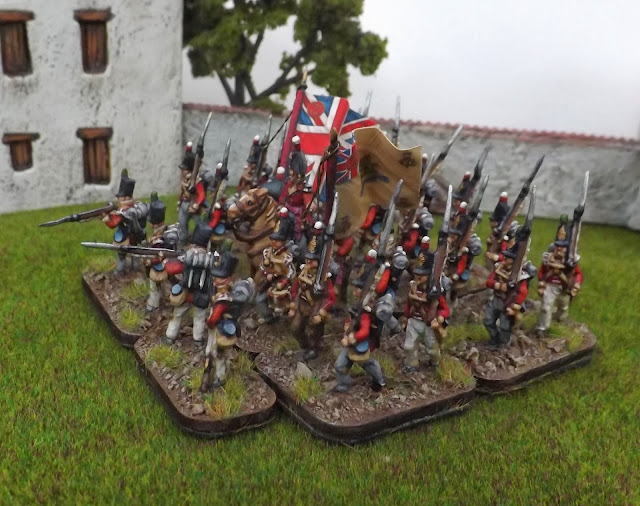 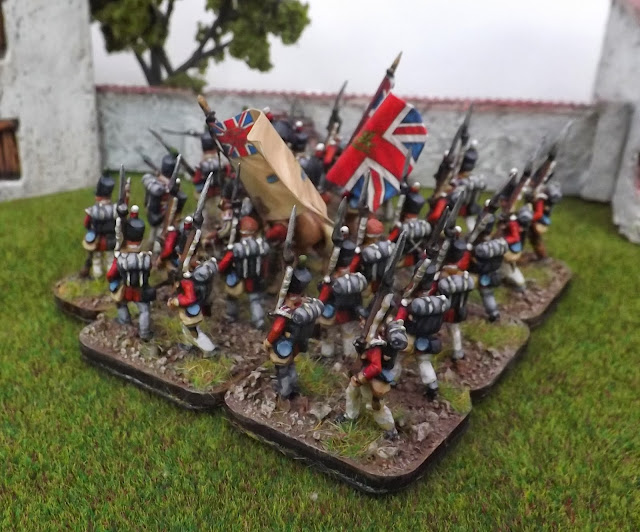 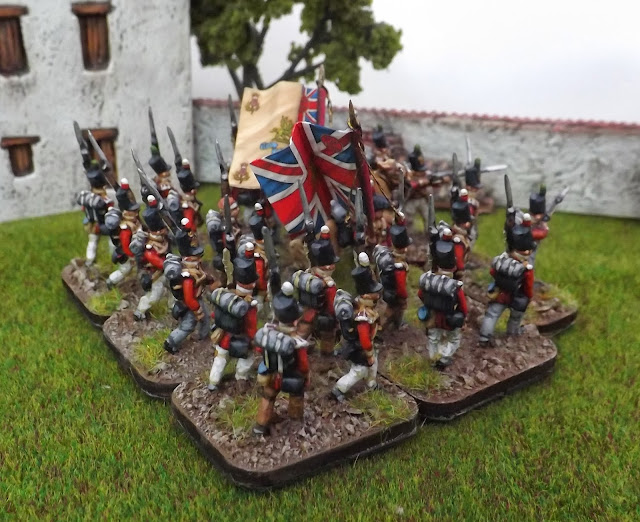