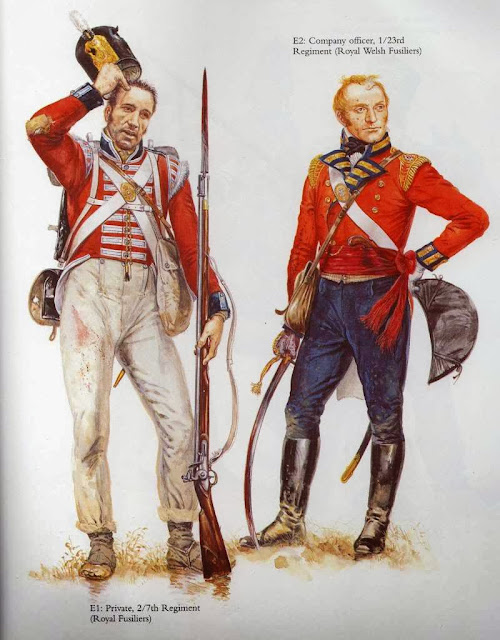 The work towards putting together Sir Arthur Wellesley's army at Oporto takes another step towards completion with the addition of the 7th Royal Fusiliers.

This regiment as part of Packenham's Brigade (The Fusilier Brigade) in Cole's 4th Division would put two battalions into the field as part of the British army in the peninsula and would later gain fame for its part during the Battle of Albuera, helping to snatch victory from defeat in the counter attack that forced Marshal Soult to concede the field, with both armies suffering horrendous casualties. 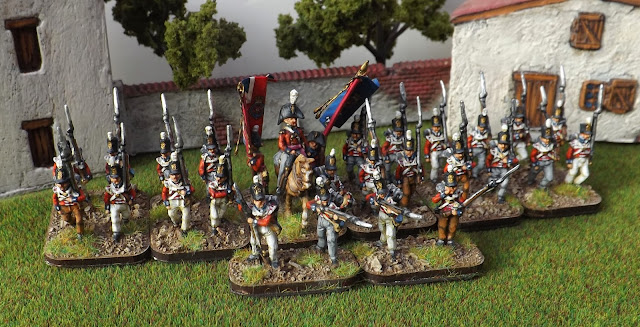 The Fusiliers in Wellesley's army (the 7th would be joined by the 23rd Royal Welch) were elite battalions of
infantry. Therefore in recognition of their status all companies wore elite company wings on their tunics and white grenadier plumes in their shakos. The Fusilier bearskin would have normally been left in stores for parade dress and other than their elite fittings the unit would have appeared much as any other line battalion. 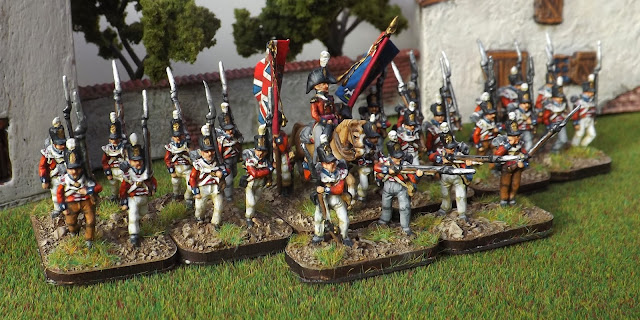 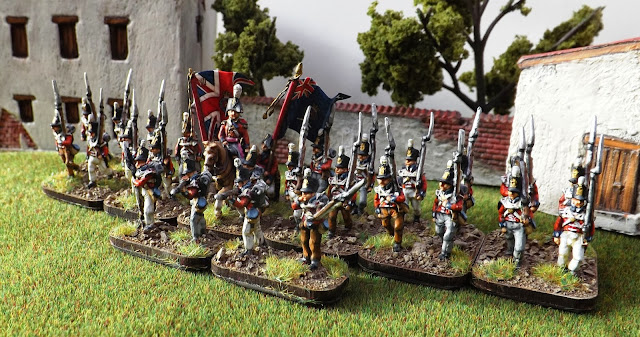 The unit is composed of figures primarily from Warmodelling, with a few AB. The colours are from GMB. 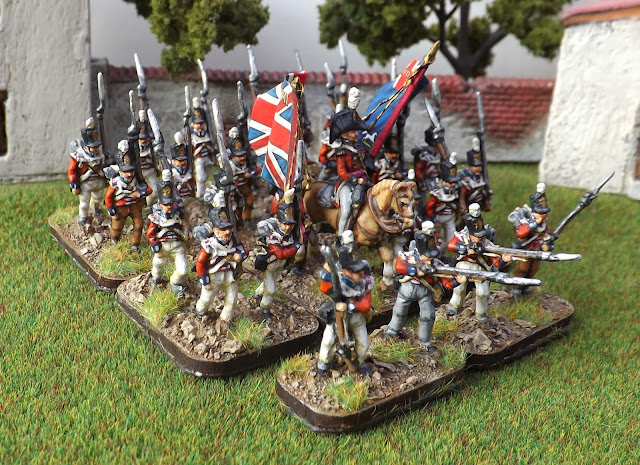 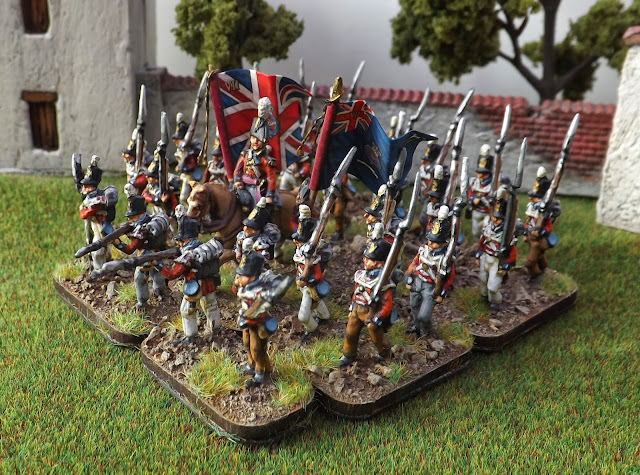 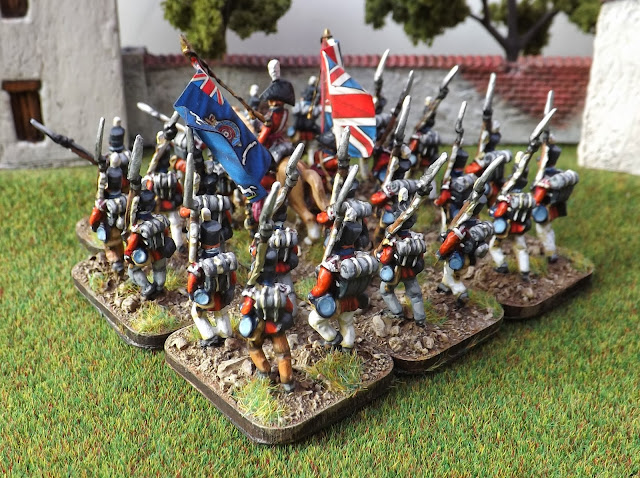 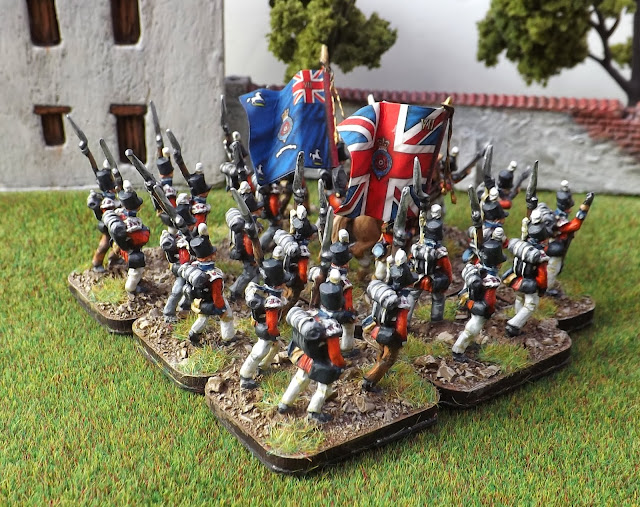