War Games and Flamingos in Spain

This week we are taking a short break in Murcia in Spain. We have had a house down there for a few years now and it is a lovely part of the world to relax in prior to getting together with family and friends over Christmas.


While I am away the painting goes on hold, and with no Internet access in the house my ability to communicate on the net is slightly limited. The good news is that the nearby bar has complimentary Internet access and so I can catch up on things every now and then, whilst sipping their very nice hot chocolate.

Much fun was had at the Devon Wargames Group last Saturday as we held our annual Christmas Big Game, a “King James vs King Billy Beneath the Lilly Banners Match Up” with Chas and Vince fielding their 28mm collections and everyone in the club taking part. The rules are very good, capturing the feel of that particular early horse & musket era and allowing a large game like that to run along easily with players unfamiliar with them soon able to get competent with the system. I have toyed with the idea of building some War of Spanish Succession (WSS) forces and these rules would be very much top of my list. I managed to post a full report of the game with many pictures taken of the toys. My role in the game was not insignificant as I assumed the role of traitor to Prince William’s cause and succeeded in completely messing up the left flank and centre of his lines.

Whilst away I like to take the enforced time away from the paint desk to play with other war game ideas and to read generally. I have been playing with another computer rules set, “The Great Captains” by Computer Strategies designed by Mr Clinton Reilly. The rules cover the early to mid horse & musket era (WSS, Seven Years War, AWI) and as with his other period sets come with a campaign system.

It is the campaign system that Clinton is looking to upgrade and has invited mine and others feedback on changes he has incorporated and will add based on that feedback. It is early days at the moment but I did set up and run solo a little campaign based on operations around Boston in 1775 as General Gage et al attempted to maintain the city as a base for future operations against the rebels. With the said rebels attempting to grab sites around the city to set up gun positions for batteries using cannon captured from the British at Fort Ticonderoga. A good test of the system as I had little garrisons of minute men set up in the small towns together with an American field army and the British in Boston trying to ferry troops out to different areas to secure high ground overlooking the city. 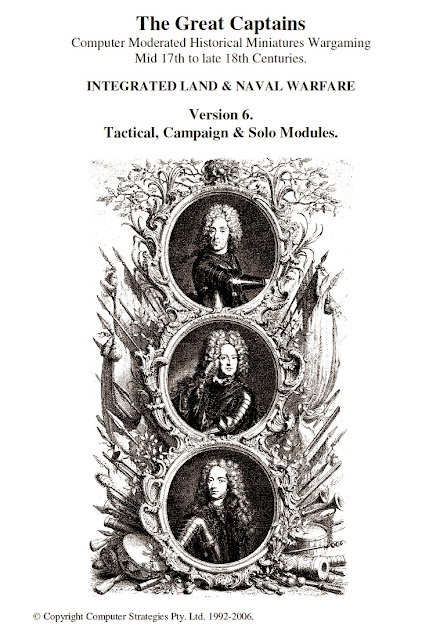 The program allows the player to paste a copy of any map he wishes to use and, with the help of a grid superimposed on to it, define particular areas of terrain, flat plain, hilly, mountains, sea and swampy. These terrain definitions impact on supply and movement. In addition supply depots of various sizes and defence can be identified allowing for bases of operation to be set up. However these definitions would benefit from additions and my play test this week, and the notes I made confirm this and when I can get near an Internet access I will copy off my notes to Clinton.

In addition to “The Great Captains”, I have taken a mini campaign system made available on the net by Bruce McFarlane Bob Barnetson which using their fast play rules for the AWI “Two for Tea” allows players to pre manoeuvre the armies at Brandywine prior to setting up the table top battle. I have always fancied using this set up but with my own rules. In addition, rather than a paper based map and counters, I have put the whole thing into Cyberboard to keep things much easier to use and will make it available as a download in my collection of freebies.

As with our break in the summer to Sri Lanka, I thought you might like to see some pictures of the area and wildlife, as this part of Spain is really beautiful and a popular holiday destination. At this time of year the coastal salt flats are home to some amazing bird life, including visitors from Africa. We were lucky to find these Flamingos the other day, happy to ignore us as we took these pictures. It’s great to see them in the wild and particularly when they are in flight as they must be the most ungainly bird you will ever see in the air with the large floppy wing span and trailing legs counter balanced by a beak that looks just a little bit too big.


The flamingos were doing what they do best, eating and looking cool. I couldn't help thinking about the Queen of Hearts in Alice in Wonderland about to play croquet, whilst photographing these guys. 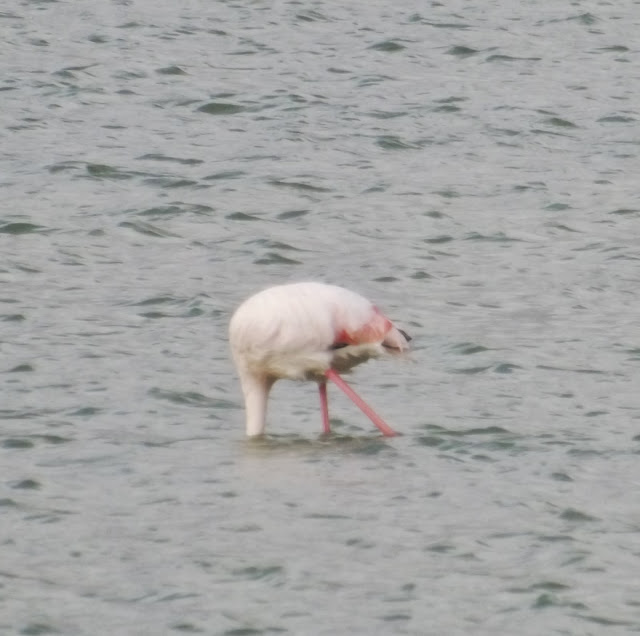 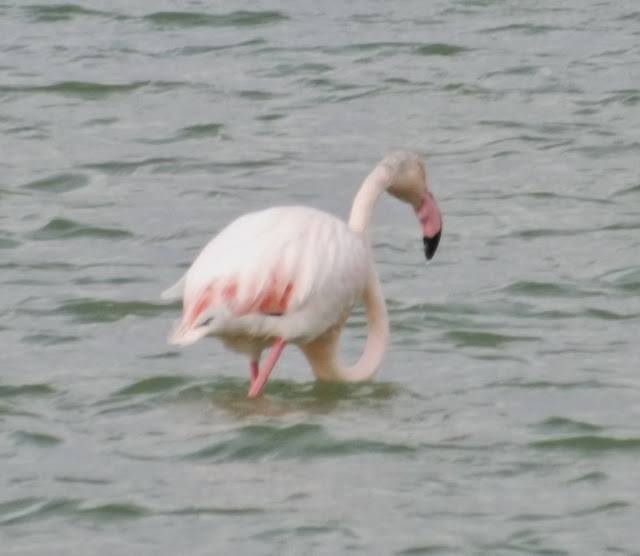 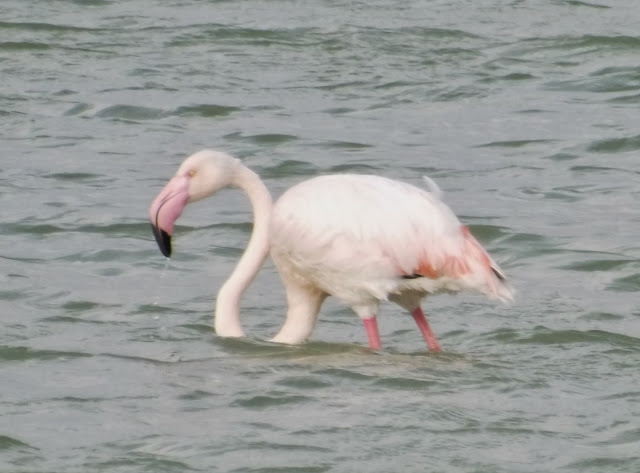 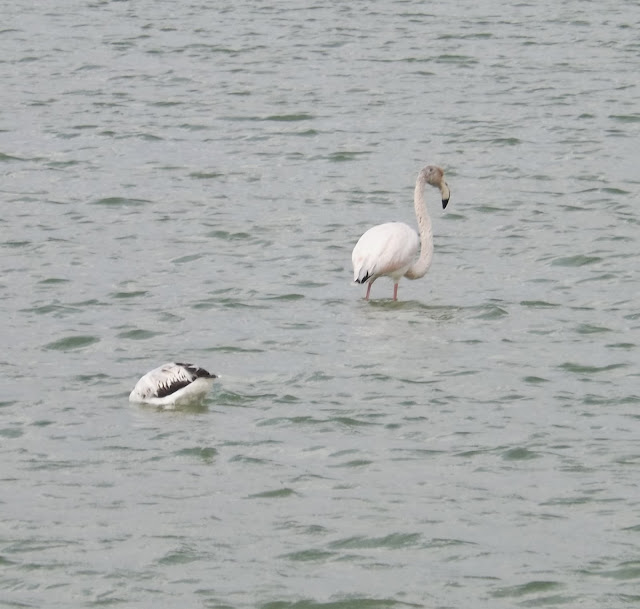