With the completion of the 53rd Foot (The Shropshire Regiment) I now have just two more British battalions to complete for Oporto, before moving on to the cavalry, Portuguese and French Infantry, about another seven units.
The History of the 53rd Foot's participation in the Peninsular War can be found here
http://www.napoleon-series.org/military/organization/Britain/Infantry/WellingtonsRegiments/c_53rdFoot.html

A beautiful miniature of a certain Captain Sherwood illustrates the red facings of the regiment
http://www.bonhams.com/auctions/12068/lot/275/ 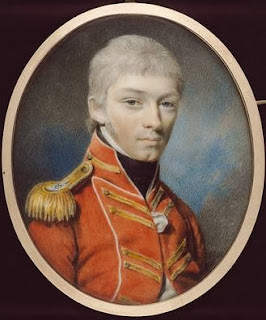 To quote the Shropshire Regimental Museum

The "2nd Battalion of the 53rd served through the major stages of the Peninsular War in Portugal, Spain and France, including the battle of Talavera in 1809, the Salamanca campaign in 1812, the major victory at Vittoria in 1813 and the severe fighting in the passes of the Pyrenees.
Pursuing the French army into France itself, the 2-53rd was present in the last great action of the war at Toulouse in 1814.


At the end of the war in 1815, the 2-53rd was appointed to be Napoleon’s guard on St. Helena, a duty it carried out until its return home in 1817 and disbandment on the reduction of the army. Many of its men, however, volunteered for service in the 53rd and joined the regiment in India".

My battalion is composed primarily of Xan minatures, with an AB Command group. The colours are from GMB. 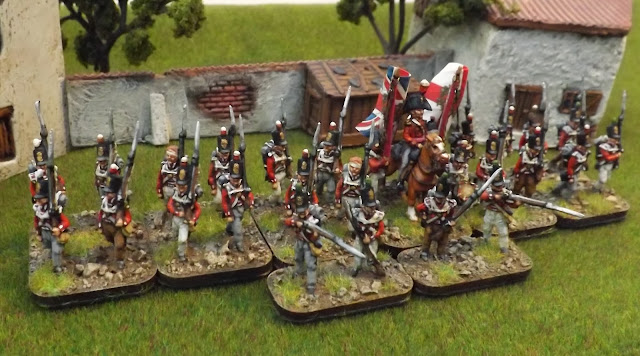 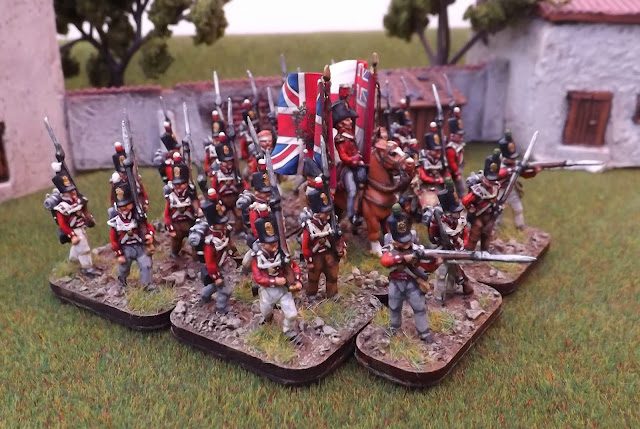 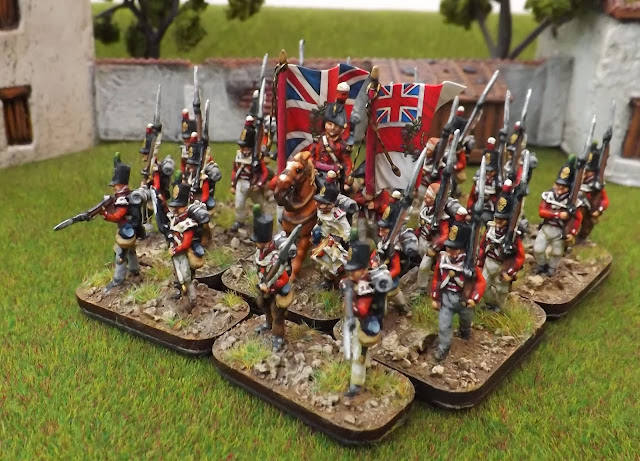 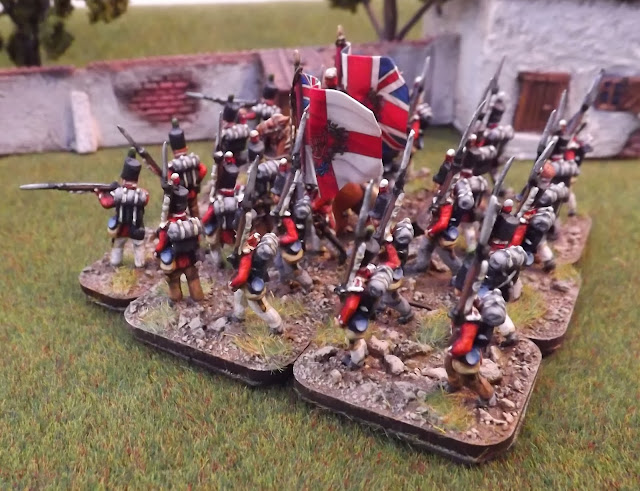 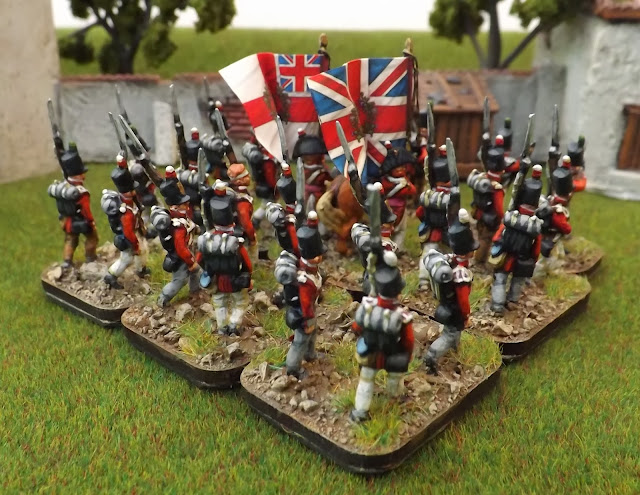