Yesterday was a day of firsts, as I experienced my first game of Chain of Command at the Devon Wargames Group at our first meeting of 2014, and if first impressions are anything to go by, I was very smitten. I've posted a summary of our game yesterday on the club blog, but thought I would share my first impressions of the game here. 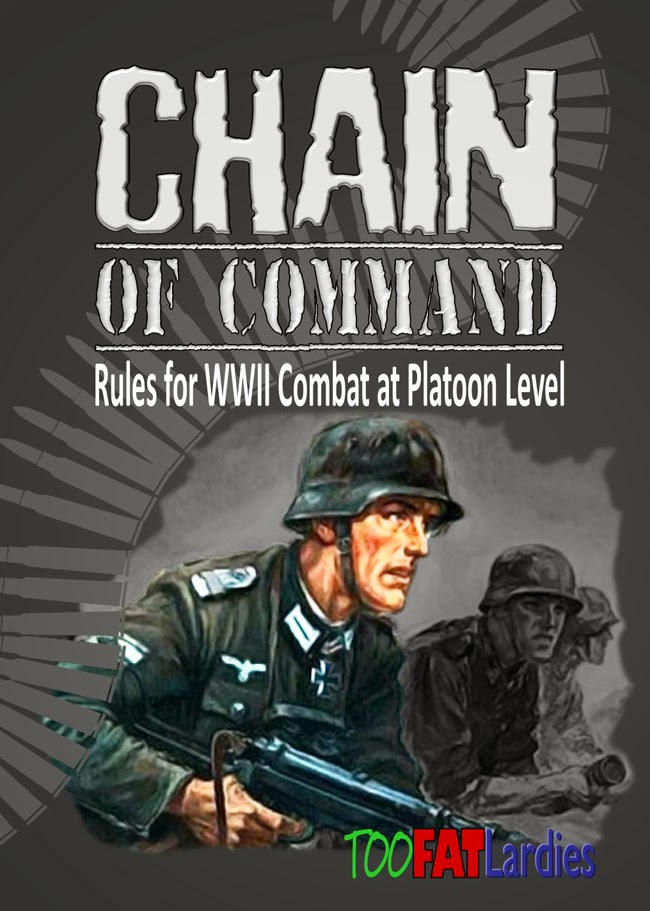 Chain of Command is a Platoon level game with both sides fielding about three sections/squads of soldiers with attached assets such as the odd tank, machine gun or mortar.

The idea behind the rule set is to model the tactics deployed by the various nations in WWII allowing players to experience some of the tactical dilemmas and solutions faced by the junior commanders of that period.

Several members of the Devon Group were involved in the initial play tests of Chain of Command and so based on their thoughts and the excellent pre-production videos and game reports staged by the Lardies, I invested in the full package of rules, pdf format and IPad version together with all the markers which I received last year and I have done nothing with them until yesterday. This because my focus for the foreseeable is on the Peninsular War and my love of WWII is currently on the "back burner". 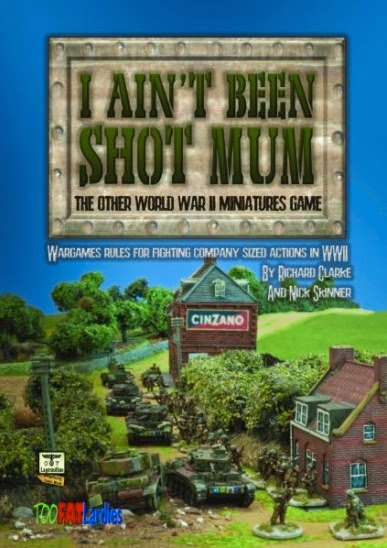 I have, and love the format of, another great set of Lardy rules, "I Aint Been Shot Mum", which designed for the next level up at Company level are in my humble opinion the best set of WWII rules out there, combining all the aspects I want in a simulation that is fun to play. Chain of Command carries on in the same vain with a very clever simulation combined with the streamlined rules that pull together casualties and morale effects in one die roll. Not only that but they're fun too.

I don't intend to give another overview of how these rules play as there are lots of game reports and design concept videos out there from the Too Fat Lardies themselves and the many fans of this game who have been playing avidly since their launch last year. In addition, having just played one game, I am hardly qualified to make a thorough assessment. That being said I am very pleased I got these rules and will be very happy to play them again, when I need to scratch my WWII itch in between my Napoleonic adventures.

If you want to play WWII at Platoon Level, then you really want to check out Chain of Command.
Posted by carojon at 02:40