Ok, if you've had enough of battalions of redcoats, and there were plenty of French Generals who felt the same way, you'll be pleased to know that this is my last battalion required to do Oporto and I can now move on to the other units required.

The 2/66th (Berkshire)Foot completes my British Infantry component as listed below which took part in the action.

The 66th are listed by CE Franklin as having yellowish-green facings, with the officers lace and buttons being silver. The facings later changed to the darker gosling green as depicted in the illustration above. 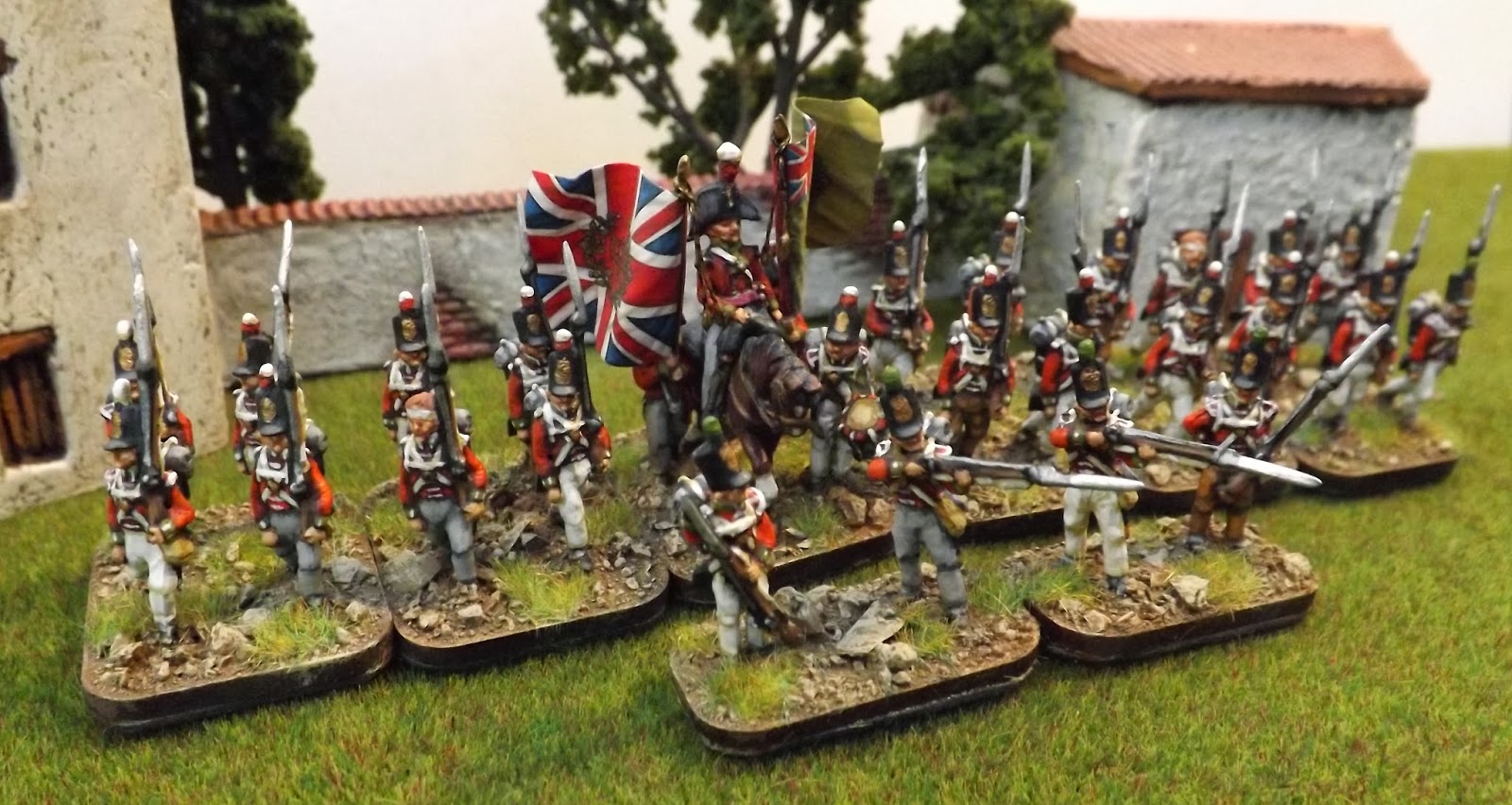 To quote
"The outbreak of the Seven Years' War in 1756 made it necessary to increase the size of the army and a number of regiments, amongst them the 19th Regiment (later to become the Green Howards), were ordered to raise second battalions. Two years later these battalions became regiments in their own right and were re-numbered accordingly, the second battalion of the 19th becoming the 66th Regiment of Foot. However, the 66th itself played no active part in the Seven Years' War............ 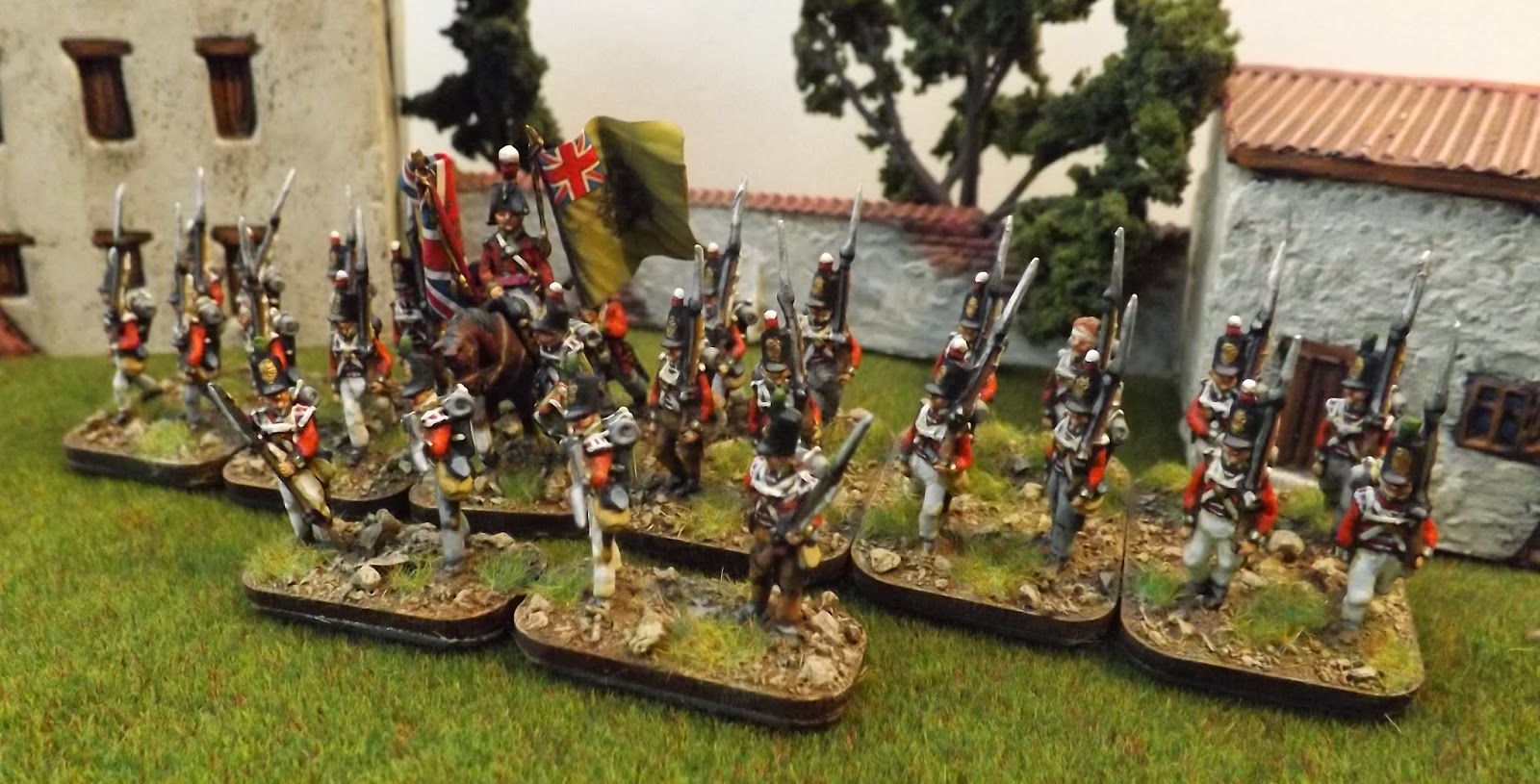 In 1803 the 66th was ordered to raise a second battalion, the men coming from the newly formed Army of Reserve. The original intention had been that the new second battalion should remain as a permanent home based recruiting and drafting unit for the senior battalion. This system soon collapsed under the stress of war and in 1809 the 2nd/66th was ordered to active service in the Peninsular War under Wellington and gained the battle honours 'Douro', 'Talavera', 'Albuera', 'Vittoria', 'Pyrenees', 'Nivelle', 'Nive', 'Orthes' and 'Peninsula'. At Albuhera the 2nd/66th lost its Colours and was all but cut to pieces by the Polish cavalry, with only 52 men still standing when the unit was relieved. 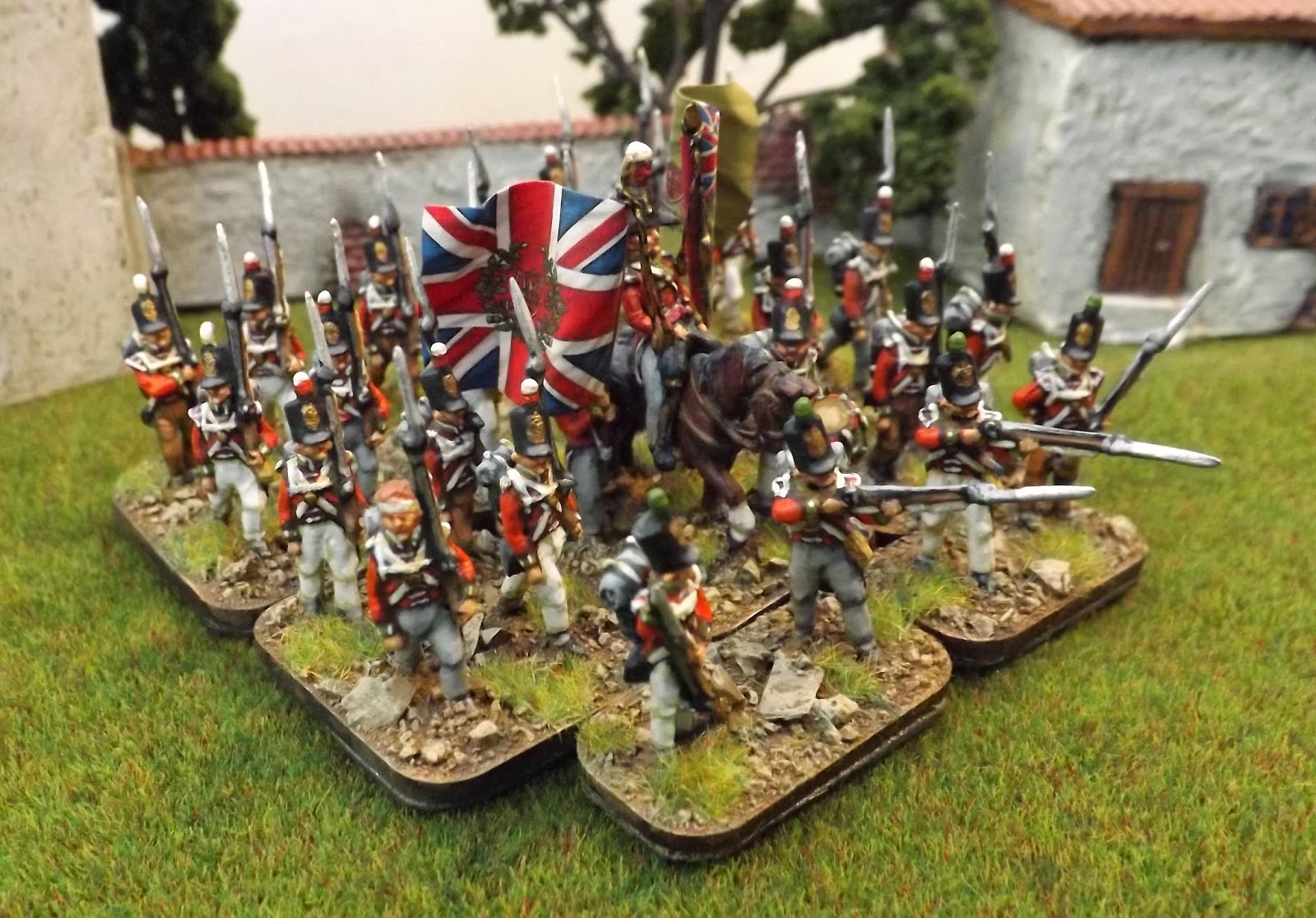 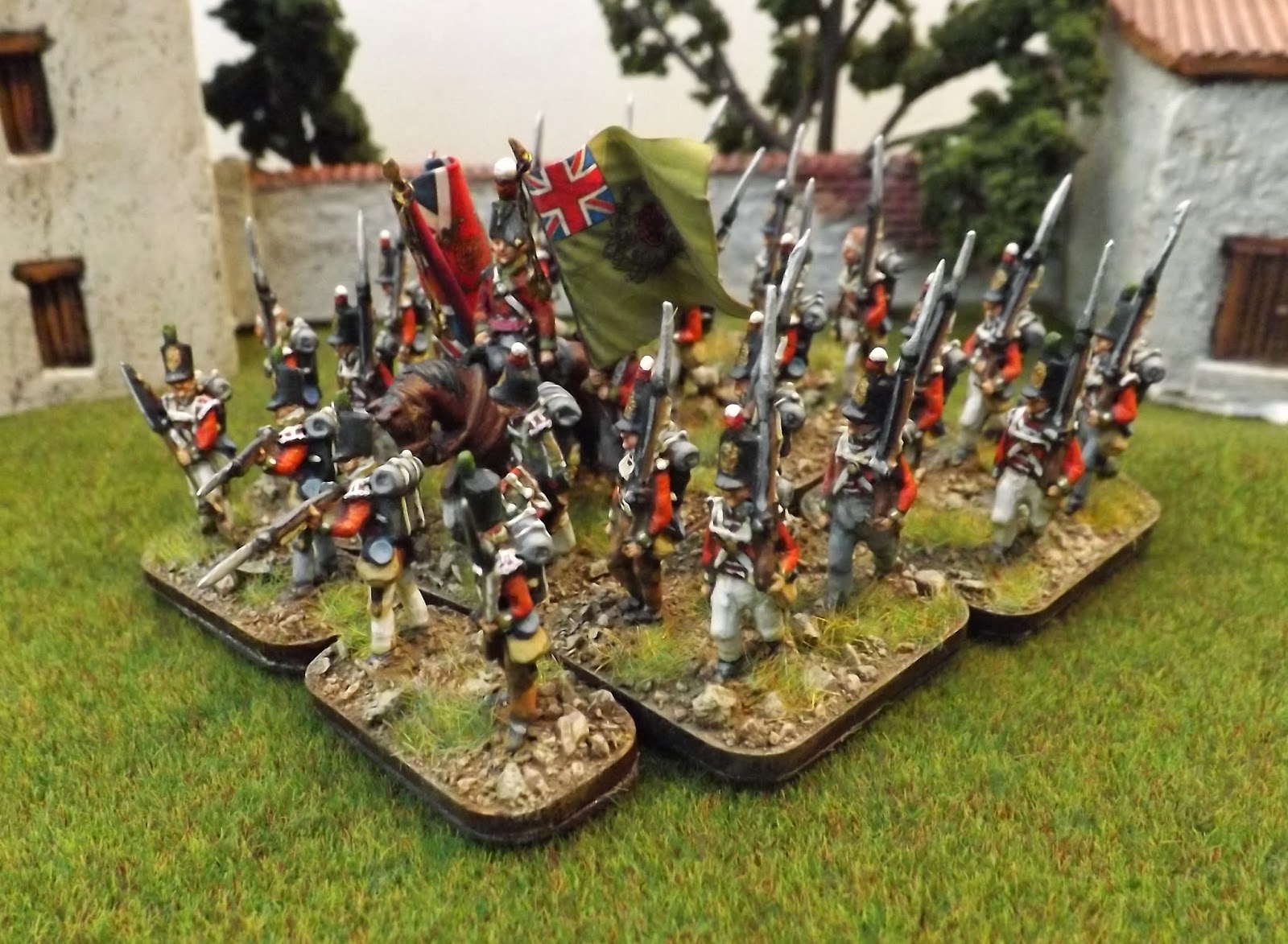 In 1816 the 2nd/66th sailed for St Helena to guard Napoleon, who had been despatched there following his defeat at Waterloo. It was joined the following year by the 1st/66th and on 24 July 1817 the two Battalions were amalgamated. In September that year the officers of the 66th were received by Napoleon. When he died in 1821 it was grenadiers of the 20th and 66th Regiments who bore his body to the grave." 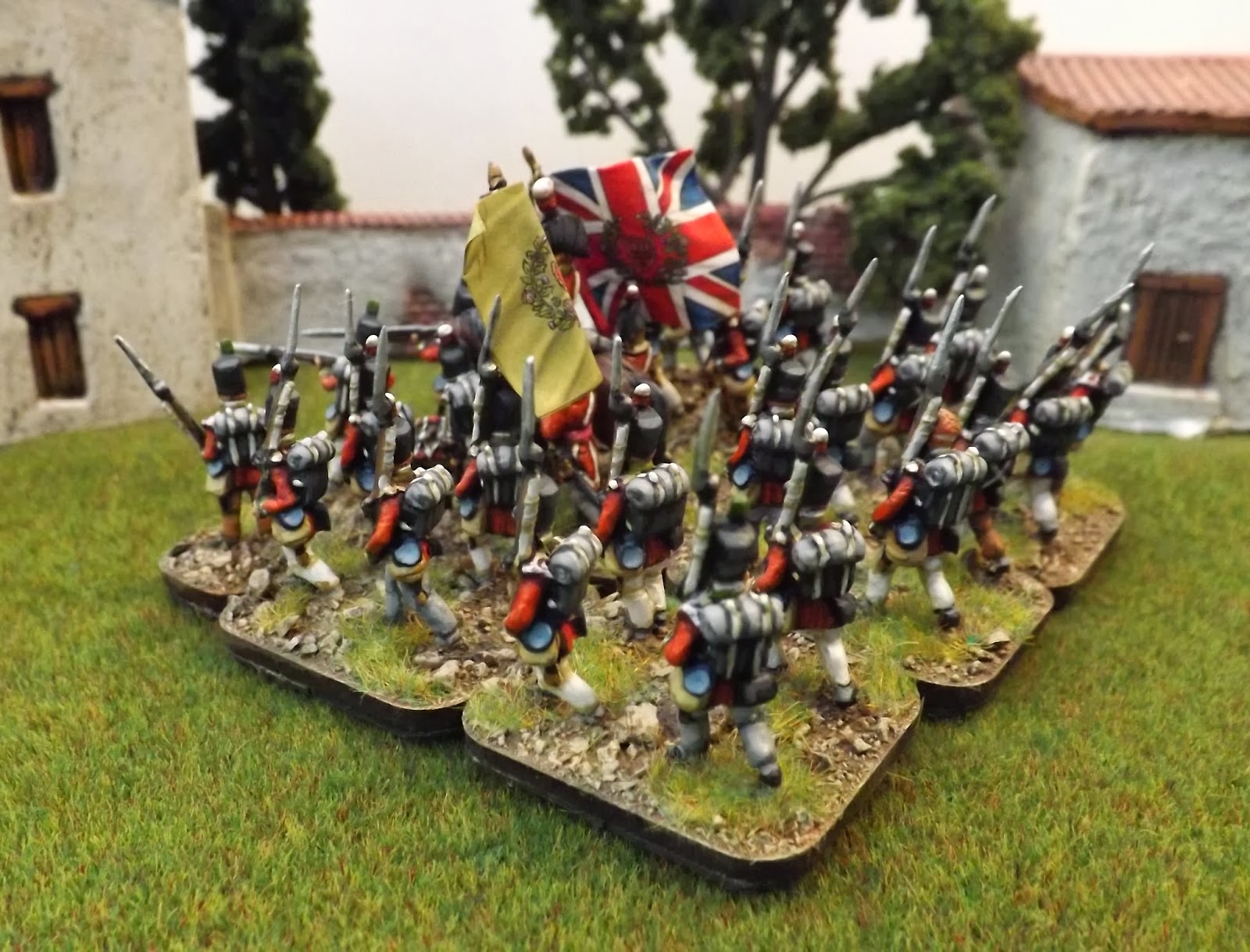 My battalion is composed of figures from the Xan range with a command base from AB. The Colours are from GMB Flags 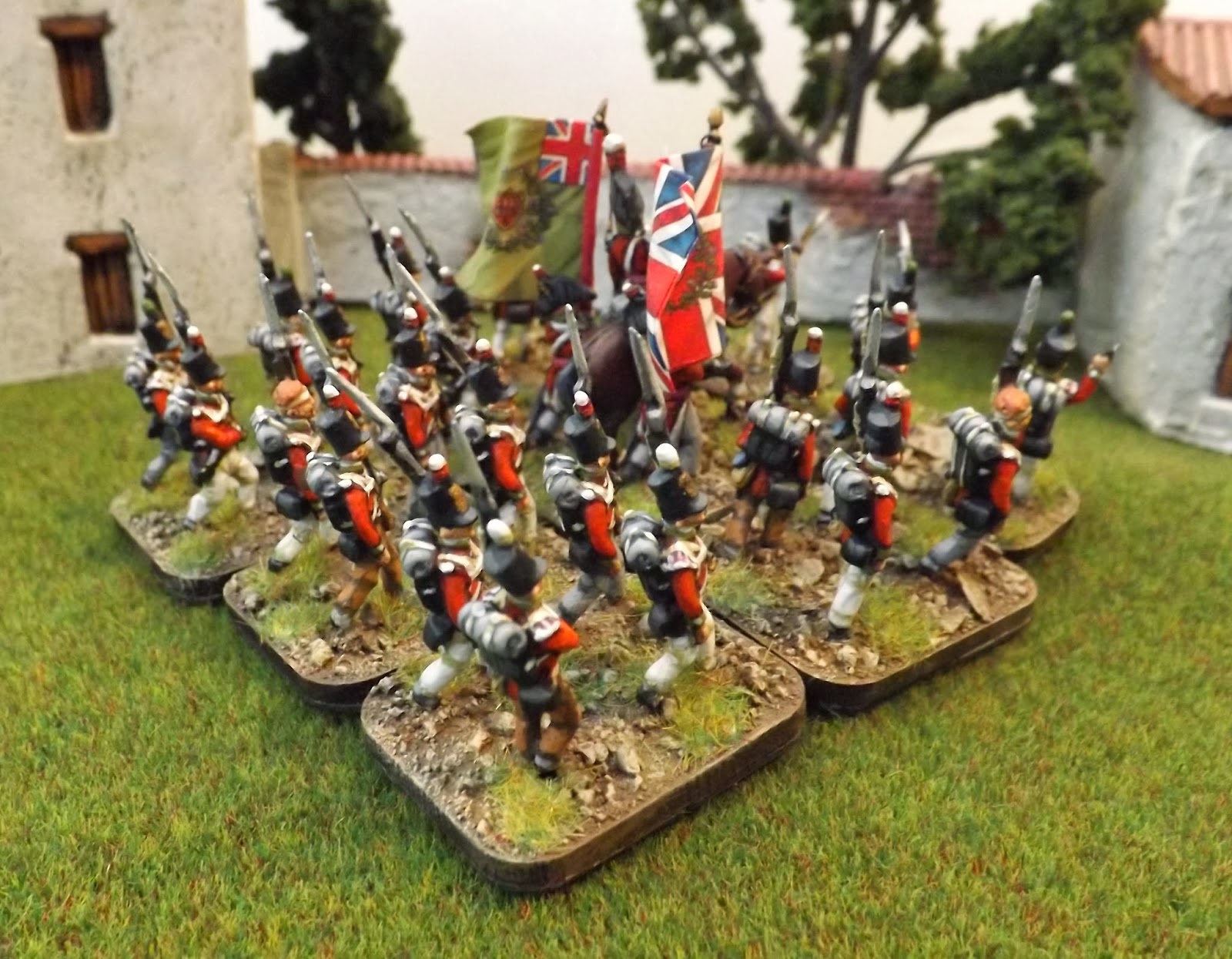 Next up French Legere, of which there were quite a few battalions in Oporto with Marshall Soult.