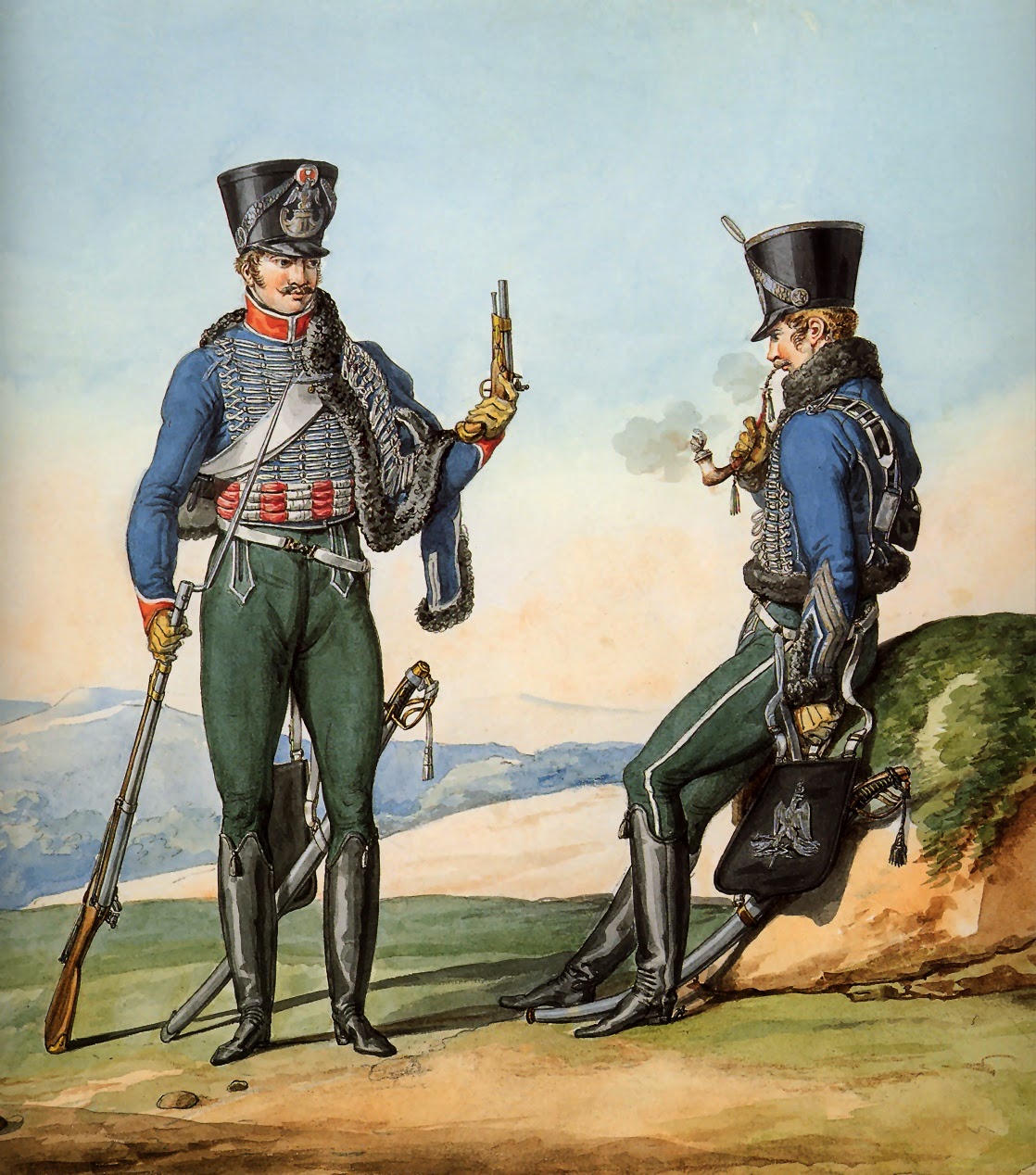 It was a busy week for me last week as I was away on a training course prior to starting a new job. Being away from home meant a halt to any painting or modelling and with the work required I wouldn't have had much time anyway.

So on my return home, last Friday evening, I was keen to maintain progress towards the Oporto game and this weekend I finished off my interpretation of the 1st French Hussars. 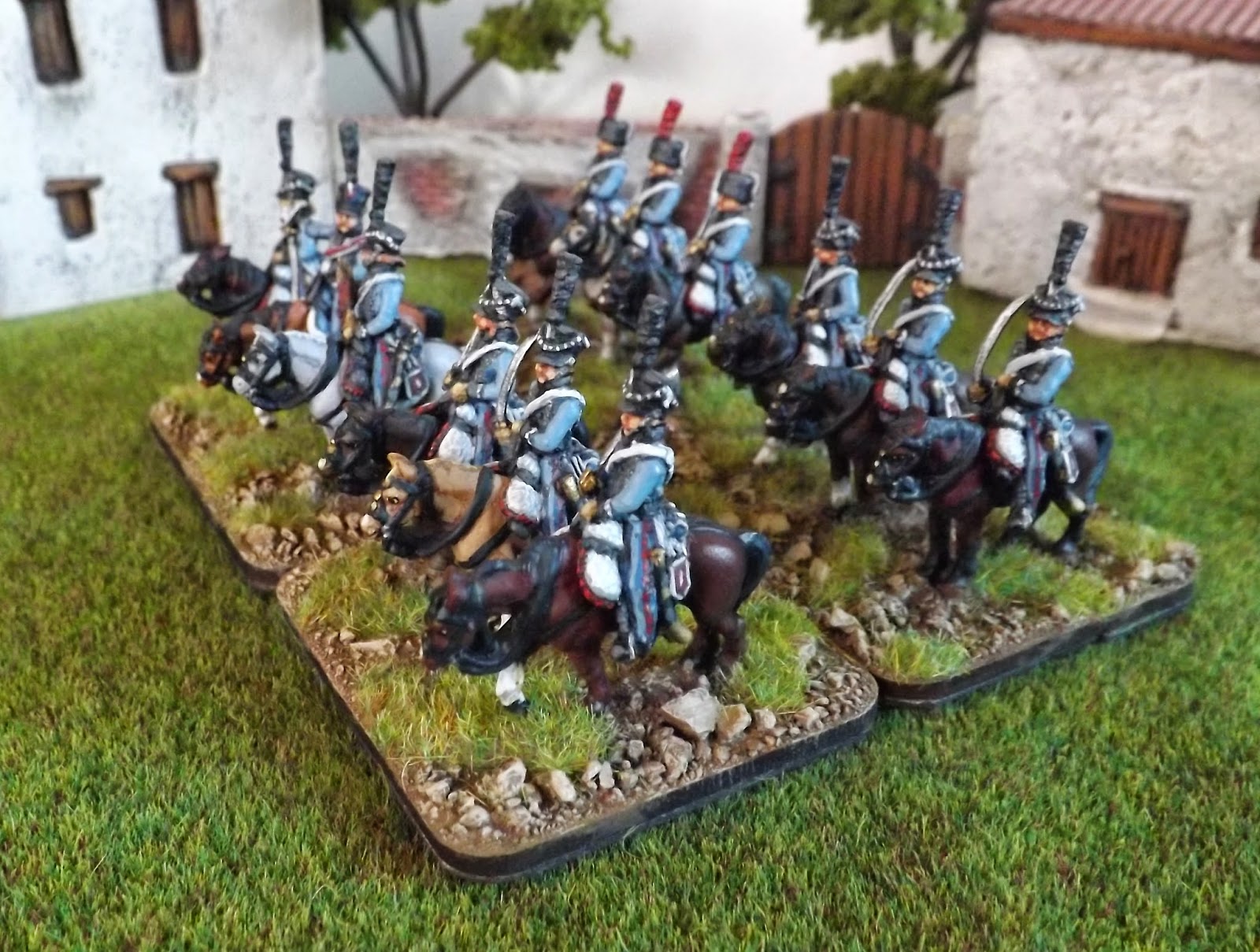 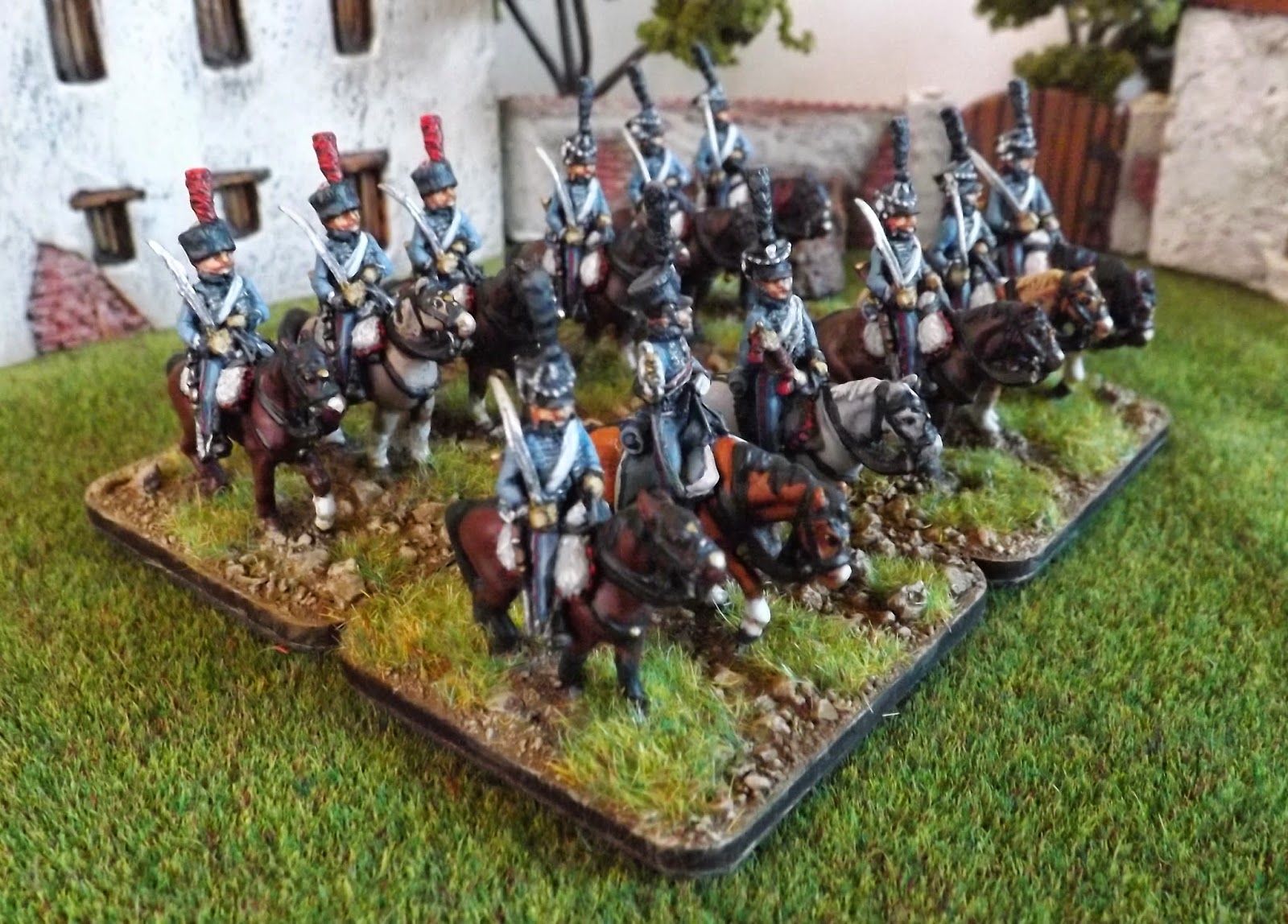 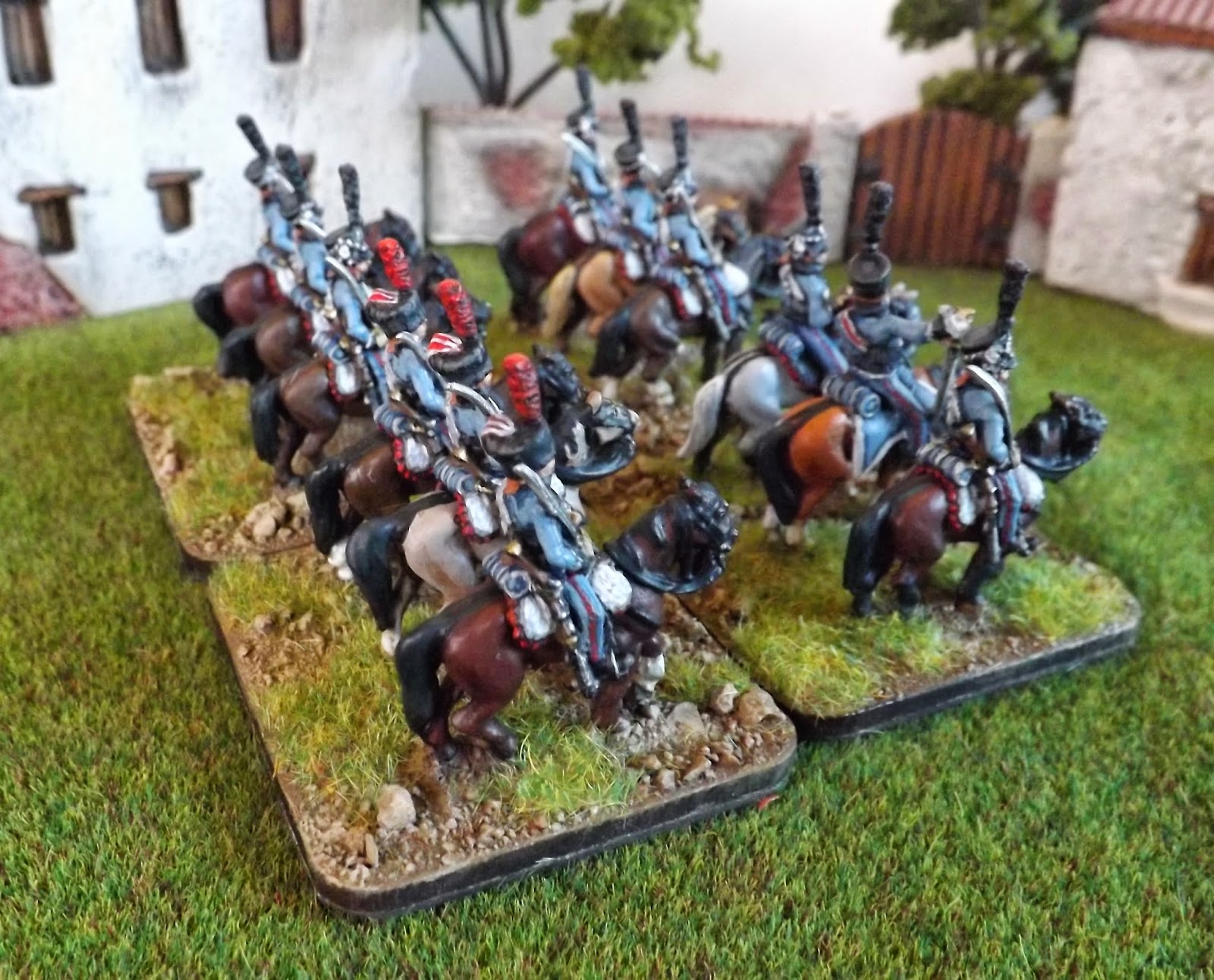 The 1st Hussars have an impressive war record, although I was slightly surprised to see that Oporto 1809 was recorded as a Battle Honour. We shall see if they are able to live up to that "honour" when they take to the table in a few weeks. 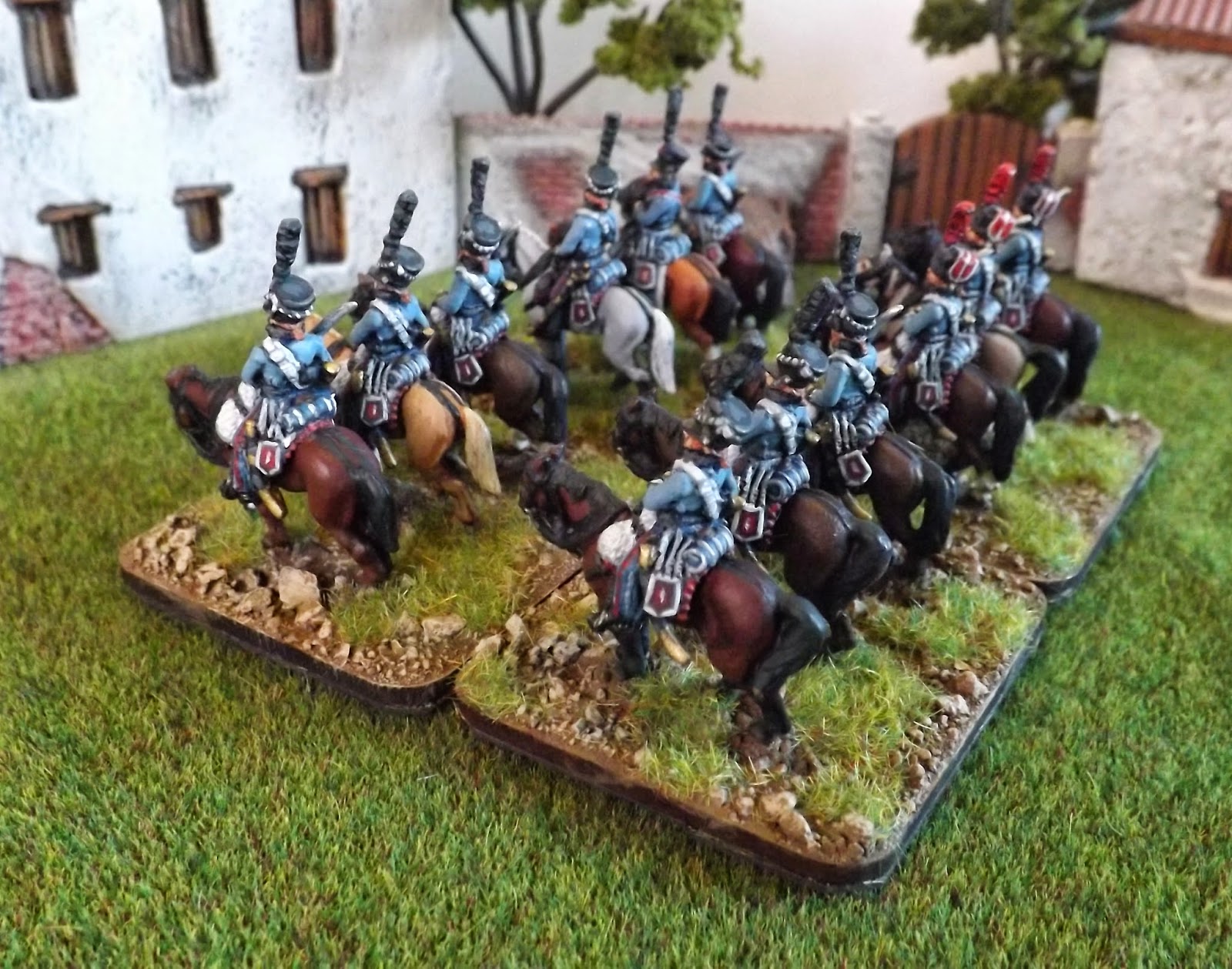 The figures are from AB and though well sculpted were a bit disappointing in that they are depicted with their pelisses worn buttoned and thus covering up the scarlet collars as shown in the illustration above. Still not to worry, they make a welcome addition to the ranks of my French light cavalry, and leave me just one more unit to do. 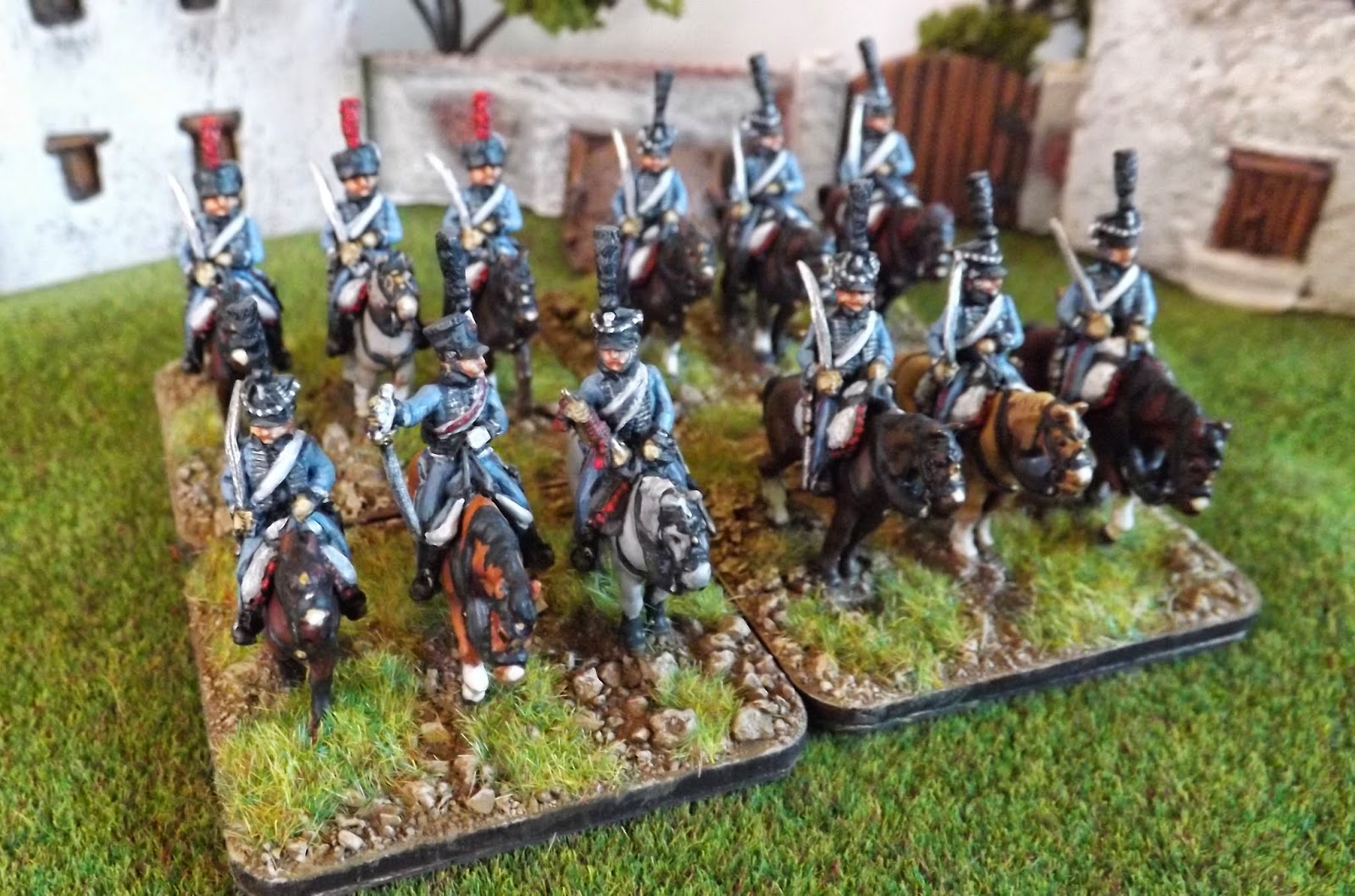