The 8e Regiment de Ligne was the most senior French line infantry regiment at Talavera. 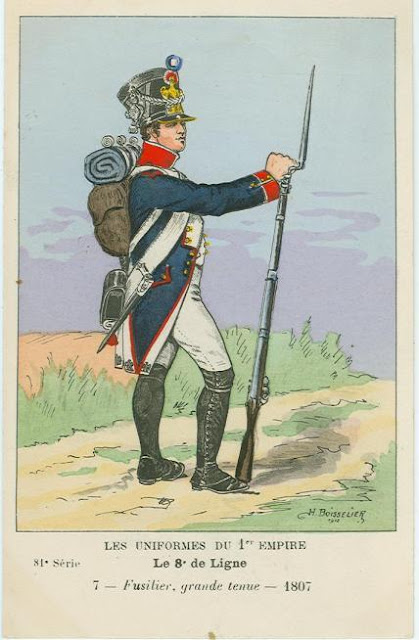 The 8e Ligne could trace its lineage back to 1776 and the 1er and 3e battalions of the Regiment de Champagne. 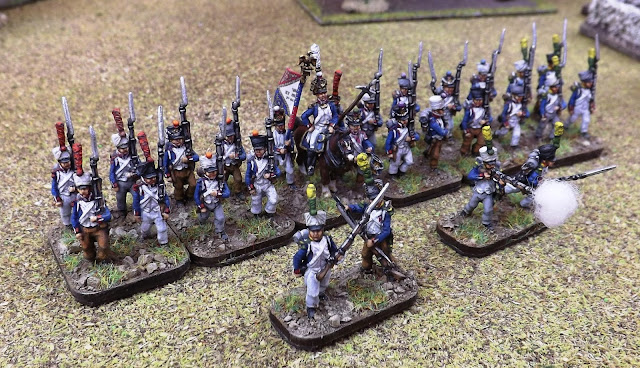 In 1791 it was retitled the 8e Regiment d'Infanterie soon to be retitled during the turbulent times of the revolution, 8e demi-brigade d'Infanterie de Ligne in 1796, formed from the following units: 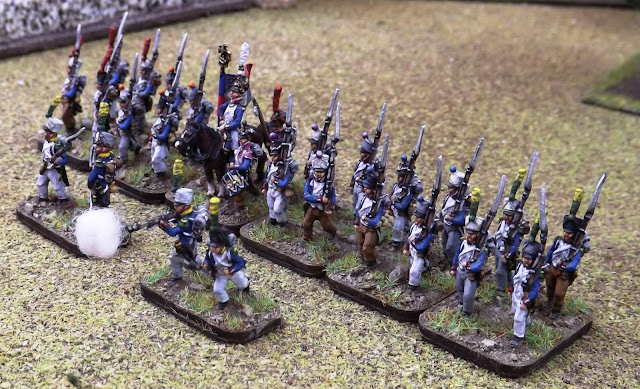 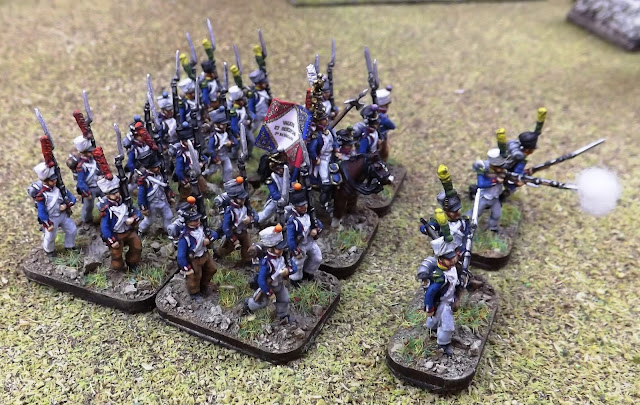 In 1803 with the rise of Napoleon the regiment was retitled 8e Regiment d'Infanterie de Ligne under the command of Colonel Jean-Francois-Etienne Autie. 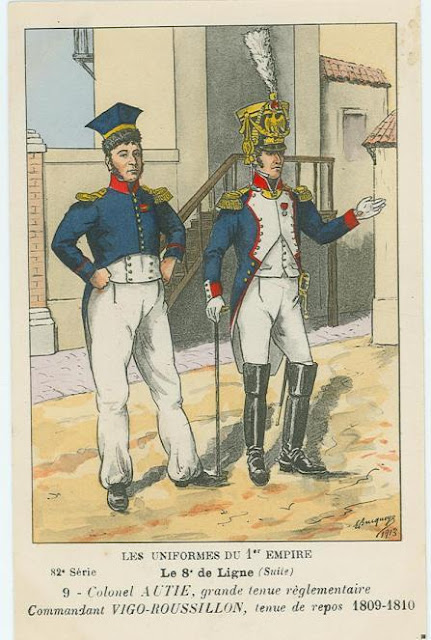 The 8e Ligne could boast a record second to none when it entered Spain with the battle honours of Austerlitz, Jena and Friedland to its credit and Colonel Autie at its head. 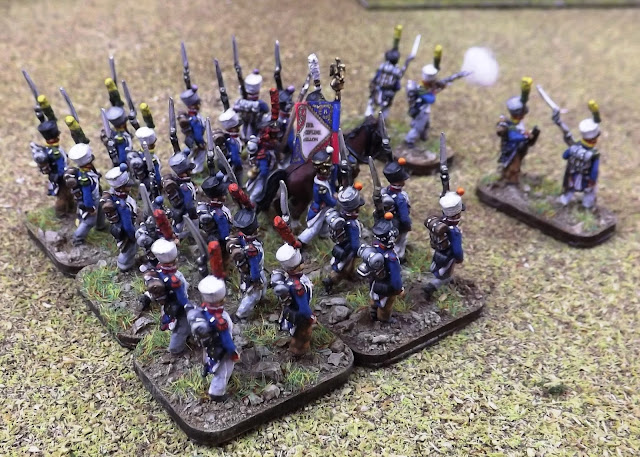 The uniform characteristics of the 8e Ligne appear to be a standard look of French infantry, pre 1812 with various forms of cuff flap illustrated from red in the Otto manuscript to white as seen in the Bucquoy plates illustrated here. The Otto depiction shows the voltigeur in 1807, with plain green plumes and epaulettes but with a unique green and yellow shako chord. The plate above would suggest otherwise by 1809. As with all this stuff you end up making an educated choice on what to depict. 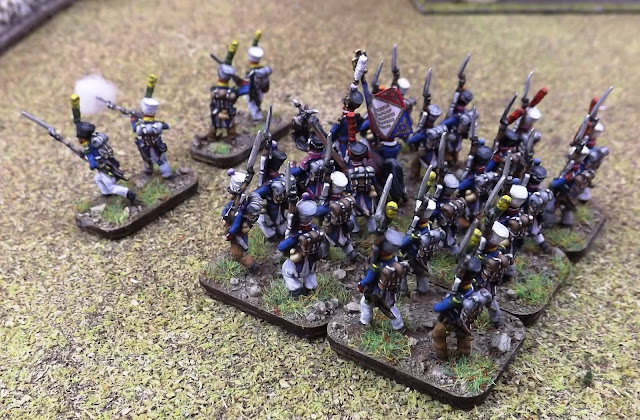 Perhaps the most distinctive part of the uniform was the shako plate of the 8th which is consistent with all the depictions showing an Eagle of various designs. 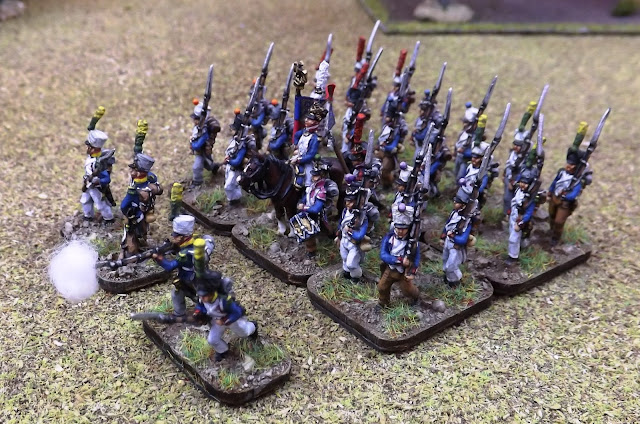 I can find no references to the look of the musicians other than Rousselots  interpretation of the Drum Major in 1809 showing a pink crimson facing to the lapels, so will opt for that colour on my drummers